Mule Display- A Practice Of Discipline


Mule Display- A Practice Of Discipline

This mule display team is one of the most rare teams and one of its kind. Meta Description: Have you have seen a mule display? If not, you must surely read about fascinating can the mule display be.


Nine horses with their riders stand in line in front of the grand stand that had the kids running hysterically towards two of them who were disguised as a clown and a zebra. With a signal of the whistle, lining up in discipline manner were the seven of the nine mules and the riders, while the two, ejected in fun towards the sideboards. The scene of the light breezy evening at the Jaipur Polo Ground, after a competitive polo finals had the moods lifted with the Mule Display ready to get into action. And the kids, that had once filled the grand stand with their happy chirpy voices were a crack to see the mules on the field. Tossing in a krackel of laughter, jumping down, they lined up as the seven mules had.

With this, the instructor of the Mules Display and the Mules along with their riders got into the trivial of displaying an extravagant piece of discipline, bond and understanding. In a knack of the whistle, the mules had the postures and positions ready and changed for the next step. While, the seven mules had the best of the excellence displayed on the ground, the two of the nine mules were probably a portrayal of reality, and more precisely, of a normal man. Adding a flavour of fun for the kids, these two mules were in fact an imitation of reality that depicted as to how a proper sense of training, discipline and understanding alone can stand the test of sincerity between the relationship of a rider and a mule. Although, they together were a good display of the love that a human and his animal shares, but it had not a tinch of discipline, therefore, the reflection of a common man. Of course, the rest seven were a masterpiece, but before celebrating the mule Display of the day alone, it is important to know from where it all started. Thus, an elongated de tour to the past, where Col Nakul Yadav shared his distinctive knowledge with LA POLO. 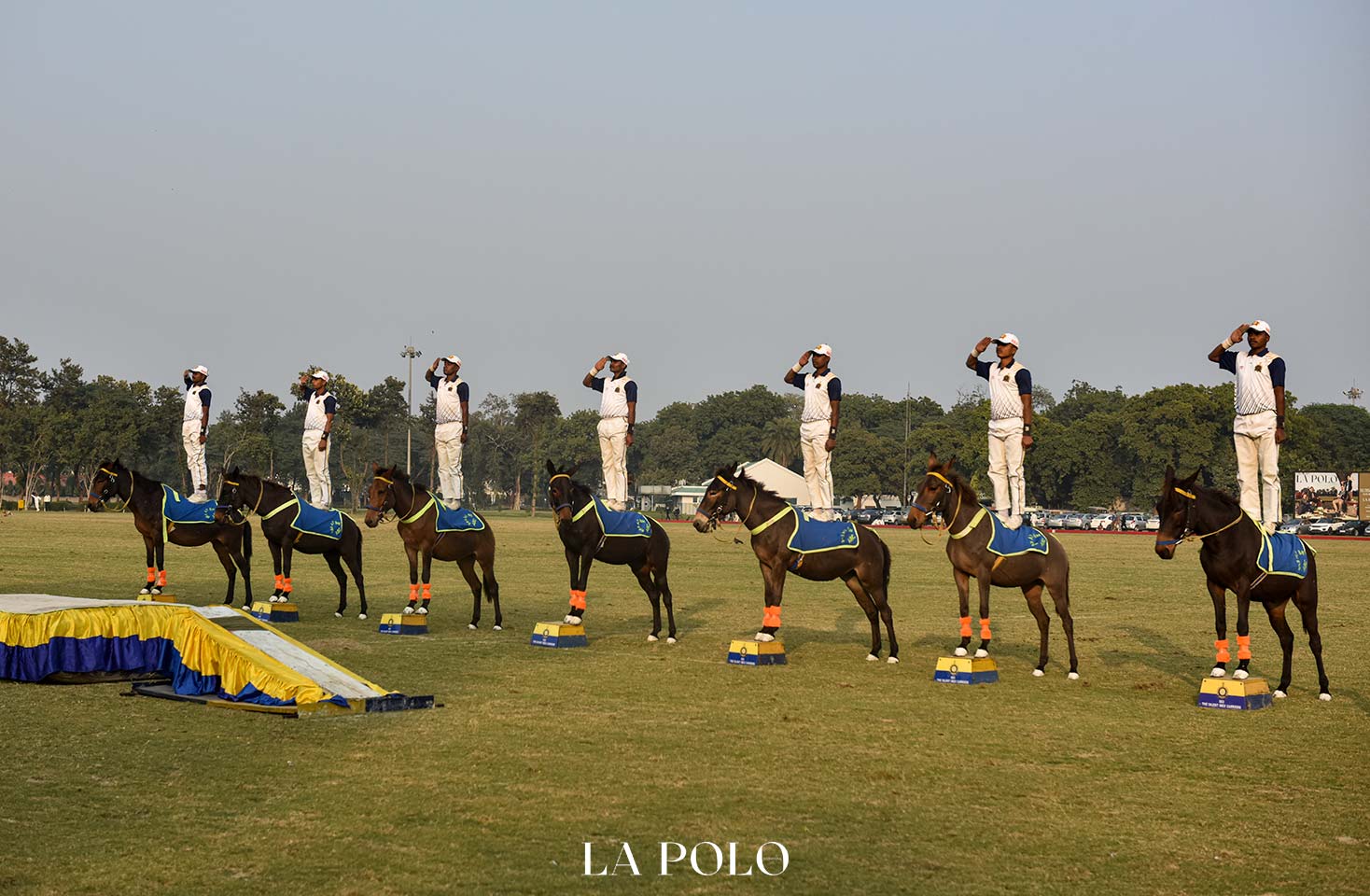 WW II was spoken of as an all mechanised war, due to extensive employment of tanks, mechanical transport and aircraft. However, facts revealed that animals still played a major role during this war. The Germans used over two and a half million horses and mules and the Red Army about 3 million animals in the Russo- German campaign. In all previous wars reqmt of horses far exceeded that of mules but in the second world war the situation was reversed. Mule became the No. 1 animal of the army because of its sure footedness and sturdy qualities as a pack animal. Speed of the horse was replaced by the tank and aircraft. Modernization has reduced the Army’s requirement of animals considerably, however, these advancements do not make animals obsolete in modern warfare. Kargil conflict once again highlighted the predominance of animal tpt. 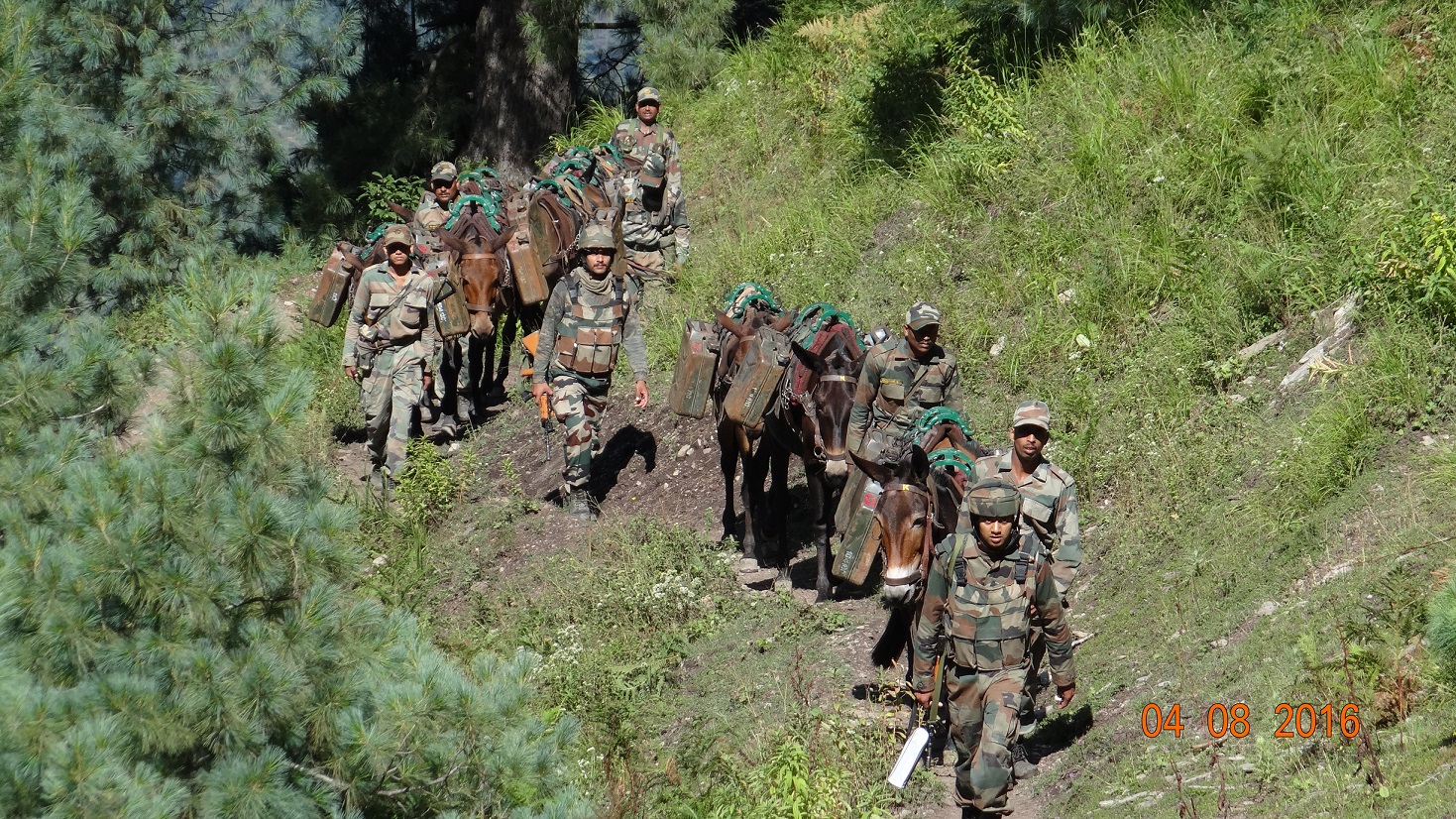 It may be of interest to know that Indian Army used horses, mules, camels and bullocks as pack & drought animals in the past, but we now hold only horses and mules which are used for transportation, sports and ceremonials. AT is one of the verticals of the Army Service Corps (ASC) which provides support to forward fighting troops and units by way of delivering logistics supplies and ammunition in the mountains in the most inhospitable terrains of J&K and North East where mechanical transport cannot ply.

PART- I GENESIS AND HISTORY OF ANIMAL TRANSPORT (AT)

At the start of the Second World War, British animal transport companies had been phased out, but at the last minute it was decided that mules would be useful in France to carry ammunition and supplies to forward positions where roads were impassable for vehicles because of the heavy shelling that had taken place. Mules would also be able to approach quietly - it was decided that they should be de-voiced to prevent them from braying - a procedure whereby a veterinary surgeon would remove the animal's voice box. 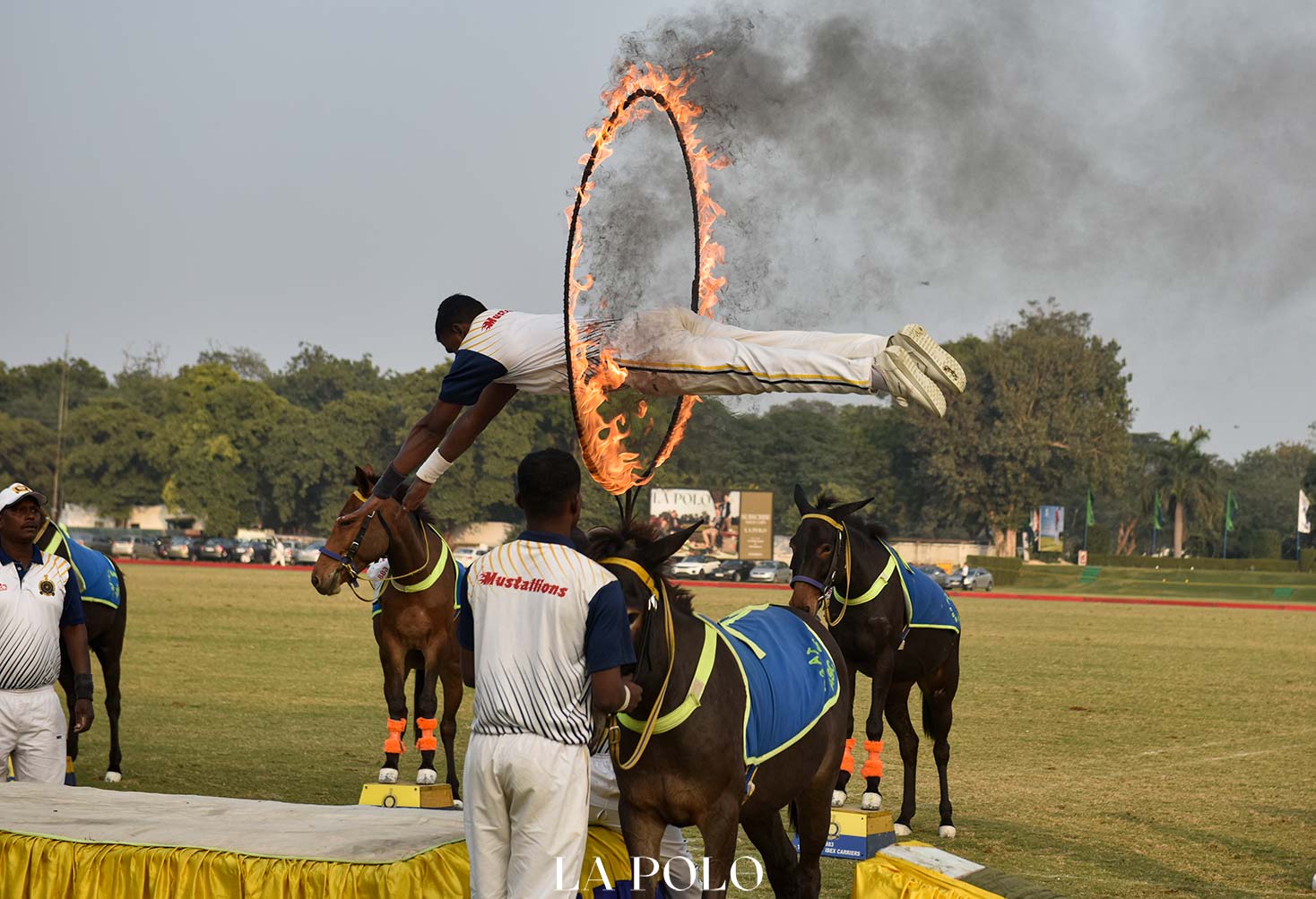 By October 1939, the decision was reached that each division in the British Expeditionary Force (BEF) in France should have an Animal Transport Company consisting of 400 mules. Four of these companies came from India and two from Cyprus. The Indian contingent came from Rawalpindi, part of modern-day Pakistan. 2700 mules were shipped from Bombay to Marseilles without a single loss and operated successfully in France throughout the severest winter in 125 years. Their major problem, apparently, was the ice on the roads. The mules weren't properly shod for such conditions and no field forges were provided. Until May 10th 1940, the Second World War was in a phase of little action between opposing forces, which became known as the Phoney War. 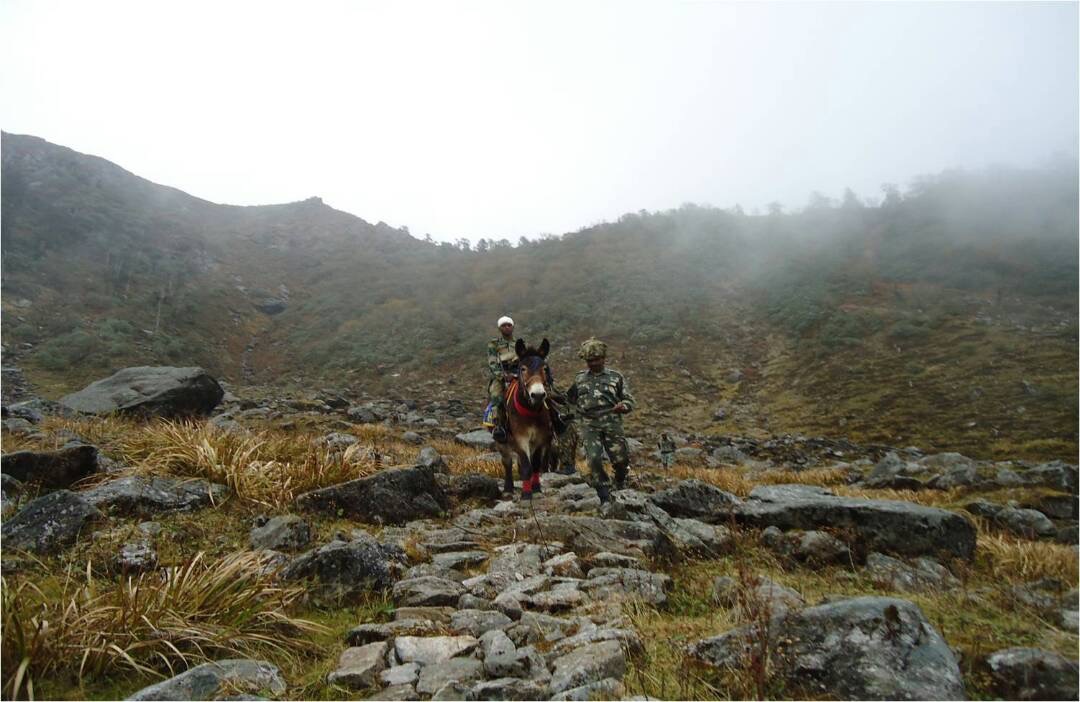 During the Soviet war in Afghanistan in the 1980s, the United States provided large numbers of mules to carry weapons and supplies over Afghanistan's rugged terrain for the Afghan mujahideen. As many as 10,000 mules were procured and furnished by the CIA to help them in their ultimately successful effort to expel the Soviets from Afghanistan. Similarly, AT was employed extensively during 1962, 1965 and 1971.

AT in Kargil Ops

AT was to be disbanded when Kargil happened in which Pak intruders entered the Indian territory in Dras and Kargil sect and blocked the NH1A at Dras thereby severely affecting L of Cs and threatening to cut off a major portion of J&K from Kashmir valley. AT played a very imp and crucial role to ensure continued and guaranteed logistic support to the fighting tps in the entire sector. All local ponies vanished from the reqd places after the first burst of shells landed in the villages/ gen area. No civ porter was available in the initial days. Fighting porters ie; the fighting tps could not be used as porters keeping in view the casualty rate and the need of the hour to imdt re-capture the areas held by the intruders. After the two heptrs of IAF were shot down by the intruders using stinger msls (SAM) near Tololing (Dras), heptrs vanished and were not seen in the area for a few days. Later army heptrs came in for casualty evacuation and not for logistic support. Finally AT was the only available resource which under intense shelling could provide logistics support to the troops. This was done at the most crucial time when the entire country was embarrassed by the intrusion of a few men. 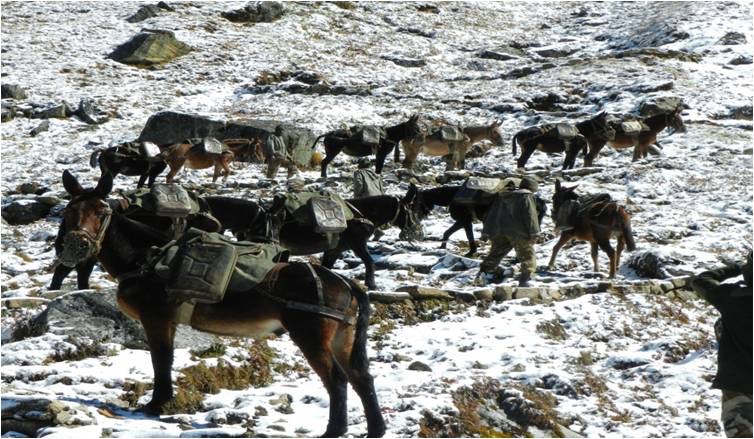 Before I touch upon the characteristics of AT, I would like to highlight that animals in AT units are trained to op under fire in the battle field. They are used to transport loads such as ammunition, weapons, rations, fuel, tents and any other loads as required by the fighting troops in the battlefield. Training of the animals is an ongoing process. The Animal Transport has certain capabilities and limitations which need to be kept in mind while employing AT :-

(a) Capabilities. Capabilities of AT are :-
(i) Can op over various types of terrain.
Can negotiate obstacles.
Can survive on local resources.
Can operate at night.
Limitations. Limitation of AT are :-
(i) Uneconomical due to domestic load. A word about the useful and domestic loads. Useful loads include mortars, ammunition, ration, defence stores etc belonging to the supported unit, where as domestic load constitutes animal ration and the ration of AT soldiers for duration of the op. Small circuit of action.
Casualties due to sickness and injuries.
Need for constant care and maintenance.
Vulnerability to diseases. 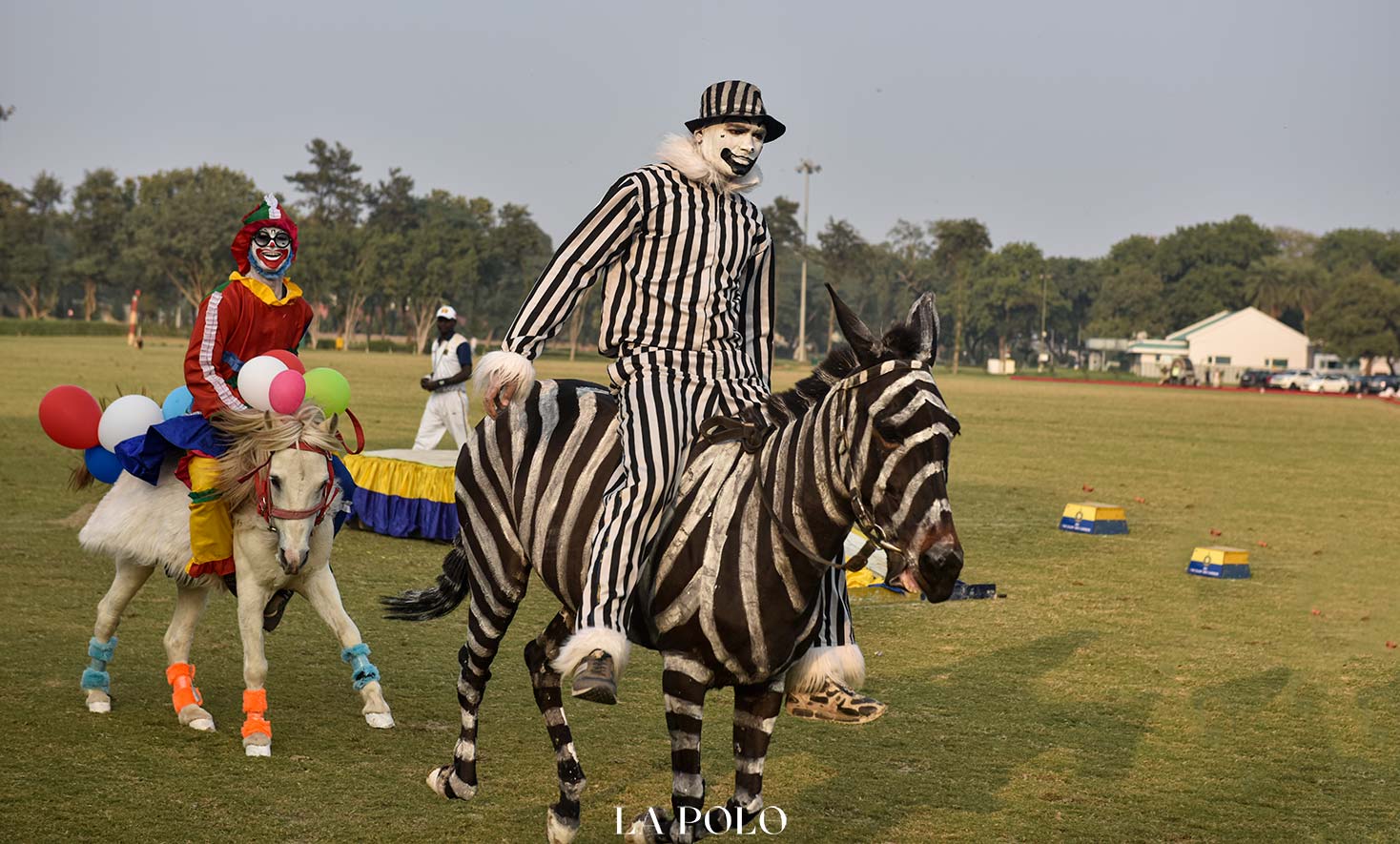 This mule display team is one of the most rare teams and one of its kind. The team comprises of 12 mules and one pony called the Jhamoora who is one of the biggest attractions of the team and sought off apart from a mule dressed as a zebra. Jhamoora the joker pony is one of the most hostile animals in the stables and doesn’t let anyone close other than its handler and may kick and bite anyone around, but when he wears his dress for the event he is full of energy and a different animal altogether filled with spirit and excitement to perform. Apart from traversing heights in the most inhospitable terrain of North & East ferrying all kinds of load they also are trained to show some skills which display a true spirit of man & animal relationship which is built ever a period of time. The handler is like a true soul mate and takes care of the mule throughout the day and the mule is most comfortable when he is around him and in touch. 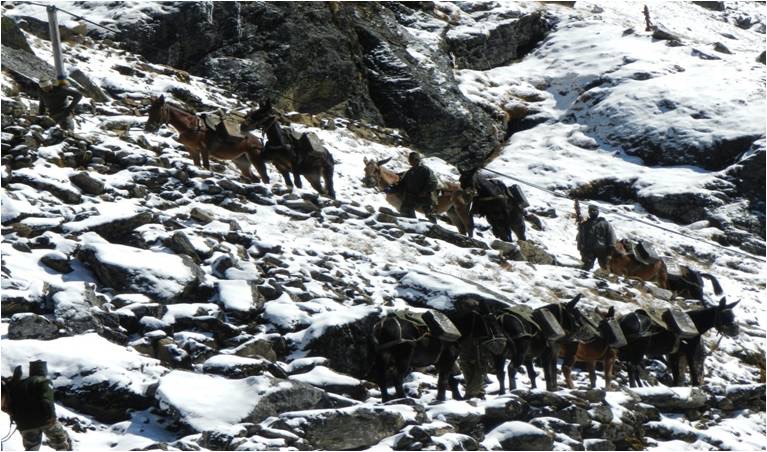 The team depicts some display of agility and flexibility stunts along with the mule which you would have not seen before like picking the mule on its shoulders, making the mule lie down on his command and lastly make him cross the ring of fire. Not only that team will also show the fitness levels of the handlers often known as MULETEER. The team was originally raised in Missamari a small village in Assam in 2014 when it was part of 879 AT Battalion in the North East under the able command of Col Nakul Yadav another fine horseman and polo player. The team was then called BULAND AUR BALWAAN TEAM. The team is very popular in the Army circuit and has travelled all over and performed in Bangalore, Chandigarh, Tezpur and Calcutta. The team recently performed in Bhutan last month on the raising day of the Indian Military Training Team. The team is presently located in Bareilly under 883 AT Battalion and travels to perform in various locations. The team is now scheduled to perform in Calcutta on the 16 Dec for Vijay Diwas celebrations 2019.