Equine sport is the highlight of the traditional celebrations


Mountain ranges, sand dunes and the lakes add to the rich flora and fauna of Mongolia that boasts of species like the Great Bustard, the White-naped crane, the Argali sheep, and a plethora of others.

The warrior tribe of Mongolia is unmatched, with the legendary valour of Genghis Khan in the 12th Century; his son, Kublai Khan, carried forward the legacy.

The scenic beauty and the rich cultural heritage of the country are a part and parcel of life in Mongolia. The tribals of the region follow their customs ardently, and find a sense of belonging as they celebrate the Golden Eagle Festival, the Nomad’s Winter Festival, the Tsaatan Festival, the Yak Festival, and the Naadam festival, among others, in the spirit of their ancestors.

The Naadam Festival came to occupy a significant position, when in 2010, it was inscribed on the representative list of the Intangible Cultural Heritage of Humanity.

This year, as the celebrations began on July 11, the otherwise festive streets of Mongolia--during this time of the year-- were deserted, owing to the ongoing pandemic.

Despite the circumstances, the festival has added another feather to its hat with live broadcasts for spectators to catch glimpses of the events.

The Naadam Festival of Mongolia is a true specimen of its nomadic culture. The one-of-its-kind celebration brings together arts and sports. It’s all wrestling, horseracing and archery coupled with performing arts. The Khoomei singing, the Bie Biyelgee dance, oral traditions, and national cuisines, make for the major events at the festival that natives look forward to each year. 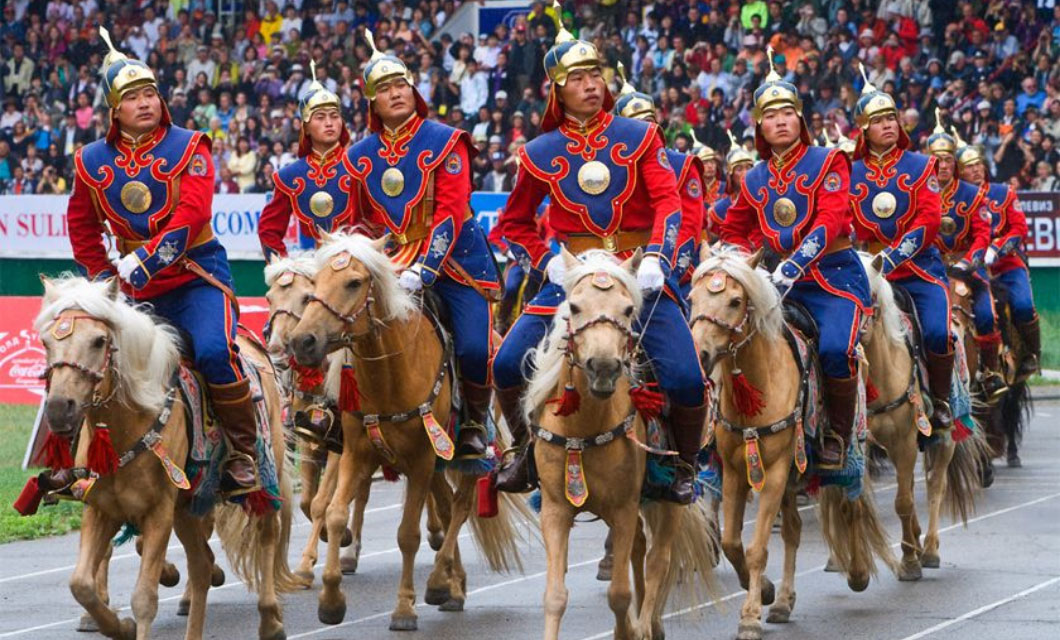 The origin of the festival goes back to the time of Genghis Khan. Each battle at that time was followed by celebrations that later came to be known as Naadam.

Later in the 1920s, the Nadaam festivities became a national celebration. Amidst the presence of state heads, the president, prime minister, and the speaker of the parliament, the festival is held at Ulaanbaatar in the second week of July each year. The traditional costume called dell and khuushuur, and a local delicacy of fried pancake with meat make for some of the highlights at the festival. 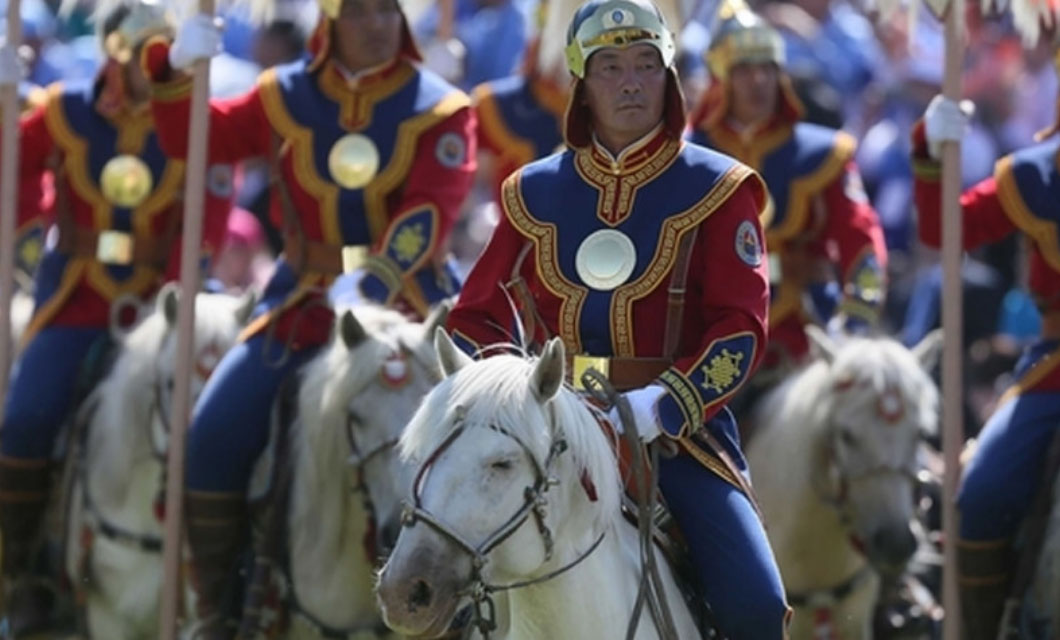 Among the sporting events archery and horse riding have recently been made open to the participation of women, with the exception of wrestling which continues to be a male domain.

The Naadam events are so intricately woven into the culture and traditions of the Mongolian community that they are a part of auspicious occasions like weddings, religious rituals, and prayer ceremonies. 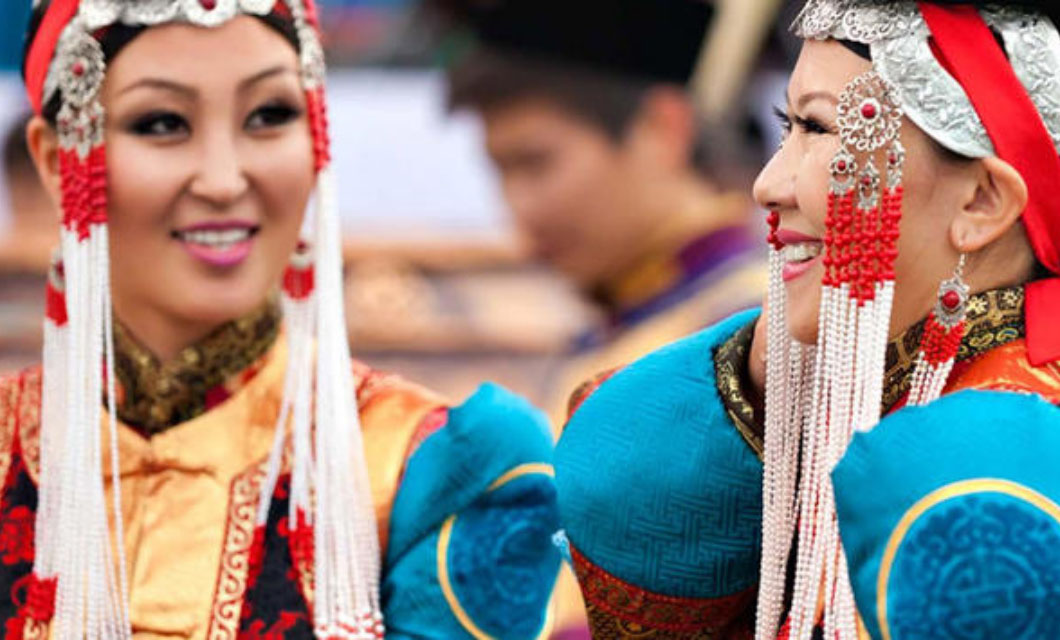 The most fascinating aspect of Naadam is that horses get trained at an early age (these belong to the world’s toughest horse race called the ‘Mongol derby’), while children as young as five are taught horse riding.

Horse riding is a favourite sport among the Mongolians. Based on their age, horses are divided into six categories. With intensive training for jockeys and the horses, every year close to 1,80,000 horses participate in the race throughout the country. 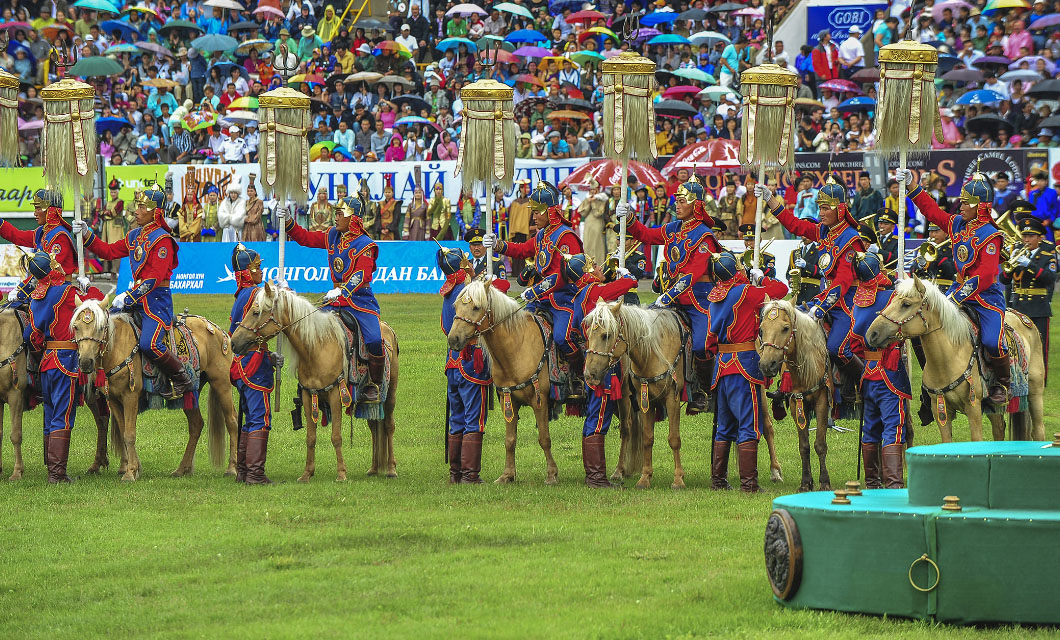