If period dramas catch your fancies, you might need dense plots and even denser details to be impressed.


There are some spectacular shows, which do unprecedented justice to their periods and they admittedly could not have done it without fixating a fair share of attention on the horses. Ronald D. Moore might have confessed during one of the promotional events for Outlander, “It’s never easy when horses are involved while shooting.” It takes immense work with the ponies to make them worth your sight. Here are some “closest to perfection” pieces. 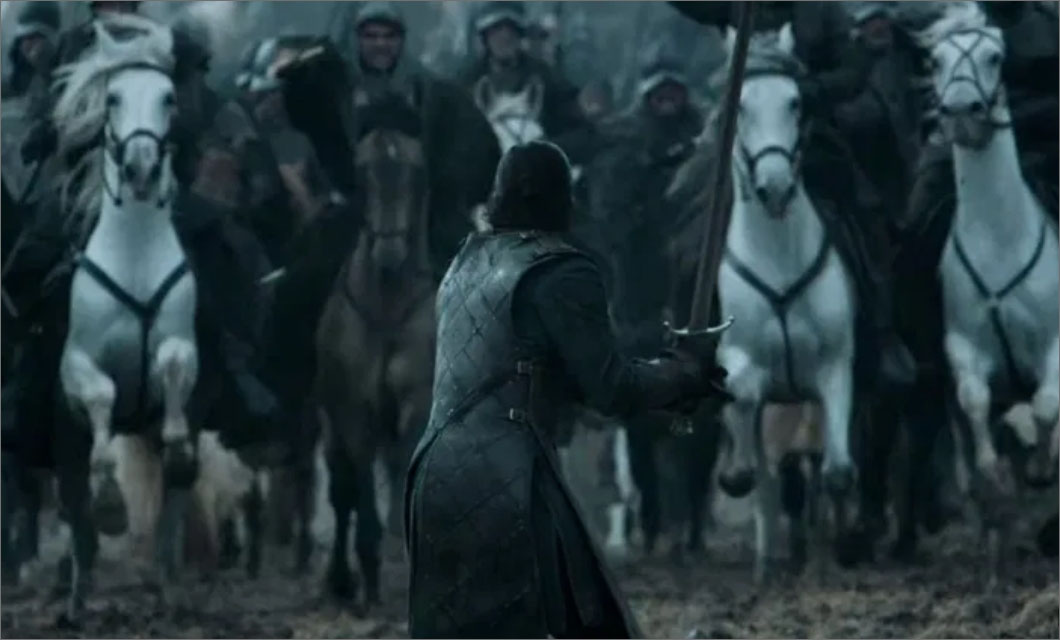 That iron throne was something, wasn’t it! The star cast didn’t just play but lived their characters; there’s an entire other cast on the show who deserves their own share of spotlight, and these are the 80 trained horses who had been filmed for the largest battle-ever to feature in the series. Horses have their stunt doubles too, and have to wear makeup, and might be ending with starlike tantrums too! John Snow, firmly holding the sword, rises on his feet to hail victory, with 40 horses charged at him. As regal and exhilarating it looked, it was intimidating for Kit Harington. The shooting was in Ireland, so they had to transport the horses from Buckinghamshire. The breath-taking scenes, with the Dothrakis mounted on their galloping horses marching behind the mother of Dragons, were shot in Spain and the horses had to travel for three days from England. The horses in the series were well-managed by the British company, the Devil’s horsemen. The horses are mainly Andalusian and Lusitano breeds from Portugal. During the show, the stars got along well with the horses and even grew fond of them. Jamie Lannister mounted on his beautiful horse. His usual was a grey Andalusian called Dali, whom he adored and frequently checked upon. John Snow also turned out to be quite tidy with the horses. 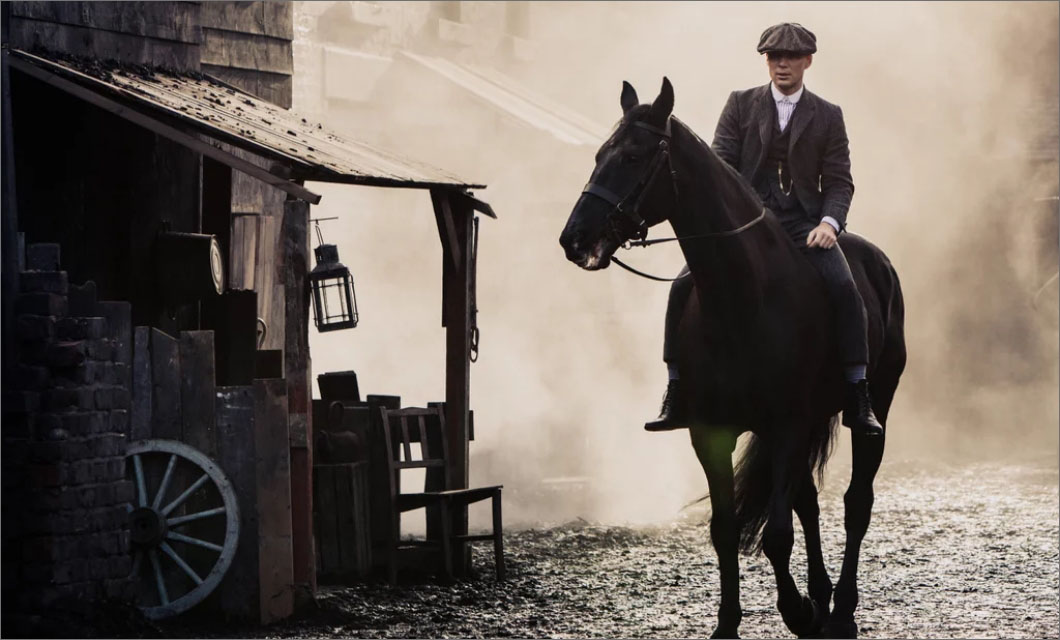 While the Shelby Company Limited ruled the streets of Birmingham, Thomas Shelby, holding a cigarette and a glass of fine scotch whiskey in his hand definitely made some hearts skip a beat. He rode the mystique black horse bareback through the streets and that was pretty stylish. His love for horses and chemistry with them was beautifully portrayed; him talking to his horse only showed how deep and unearthly a bond a human can have with a horse. It did hurt though when he shot his horse in Season 5. May, the lady horse trainer, caught quite a fancy and we got to hear some weird advices. During the season, horse racing in Britain was quite fairly covered, some of the crucial scenes were shot in the horse racing arenas, and whenever horses are involved, the work is extra but the conclusion is exceptional too. some fans argued that Shelby’s horse made it seem all so real that a bafta shall be given to the horse. We’ll have to ask Cillian Murphy though whether he liked to ride the Vintage Bentleys more or the placid Friesian horses. During the show, going with the plot, various race courses around Britain including Epsom, Worcester and Kempton can be seen on screen. Atkinson Action Horses provided and managed all the horses “by the order of peaky blinders”!

The surreal Northern Highlands, a lot of scotch, abundance of Gaelic and that bittersweet accent, the sound of bagpipes all around, and of course, the horses…Outlander is an unapologetic and proud manifestation of the good old Scottish culture with a little British and French courtesy, and the popularity of the show tells us that this blend is working fine. Along with a sassy and supporting cast, Sam Heughan and Caitriona Balfe lived ‘Mr & Mrs Fraser’ on screen. How can there be a perfect landscape without beautiful horses? Scotland, a country known for dreamlike beauty and fresh air, is quite famous for horses too. Jamie could not have gone to the battle of Culloden or anywhere else as a matter of fact without a gallant Friesian horse, and as for Claire, she rode the white Andalusian quite well in Season 2, after that she might have developed interest in dark and broody horses though. Those flowing manes and tails and wispy long leg plumules can be very tempting. Do get yourself the pleasure of riding a Friesian Horse, and you will have a sensational experience. You have Fraser’s word!