A New Look To The Iconic Lady Dior Bag


The first Lady Dior handbag was designed in honour of Princess Diana, who was seen carrying it on many occasions and made it a hit as soon as it was launched in 1995


It’s that time of the year where renowned fashion label Dior comes up with its “Dior Lady Art” project. In its third edition, Christian Dior has invited 11 ace artists from round the world to give the fashion house famous and iconic Lady Dior handbag a new and refreshed look. This luxury French brand under the guidance of its creative director, Maria Grazia Chiuri, is celebrating women in art with its third “ Dior Lady Art” project by lining-up all female artists.

For those who don’t know, the first Lady Dior handbag was designed in honour of Princess Diana, who was seen carrying it on many occasions and made it a hit as soon as it was launched in 1995. The bag with its graphic codes mostly gives it a finish of “cannage” that was inspired by those Napoleon III chairs on which all the guests of Christian Dior gets seated in fashion shows.After around 20 years, the bag has marked itself as a fashion icon and a symbol of French craftsmanship.

It was in 2016 that the fashion label started a project called ‘ Lady Dior Art’ which allowed artists from around the world to re-imagine the iconic bag in a new box of creativity. Initially, this amazing collaboration opportunity between Dior and independent designers was only open for British and Amercian designers. This year it takes a new turn with 11 female artists given the chance to turn this celebrated bag into a piece of art. 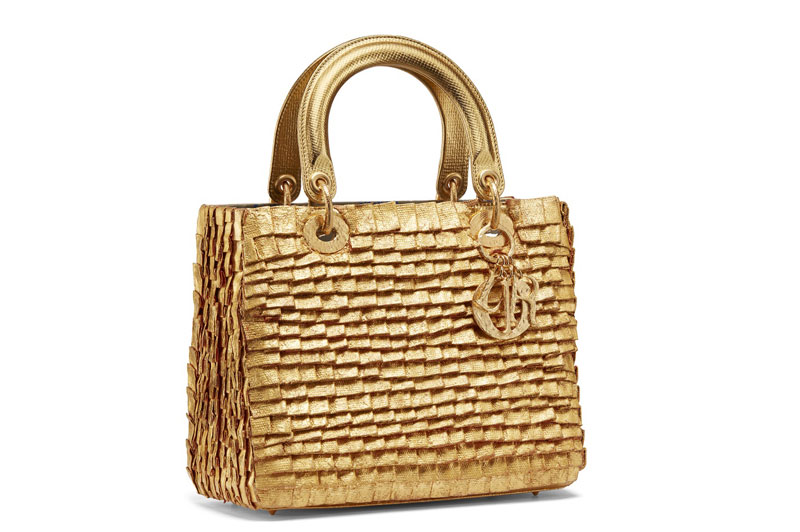 The eleven amazing women, apt in their visual and contemporary skills have put their best foot forward to turn the Lady Dior bag into custom works of art. For the third edition of “ Lady Dior Art” project, the French fashion house has picked - Olga de Amaral from Colombia, Polly Apfelbaum,Mickalene Thomas, Janaina Tschäpe and Pae White from USA, Burçak Bingöl from Turkey, Lee Bul from Korea, Isabelle Cornaro and Morgane Tschiember from France, Haruka Kojin from Japan and Li Shurui from China. The project is still on run and by far, Colombia based Olga de Amaral is known to represent a Lady Dior stitched with cotton leaves while giving it a 24-carat gold hand-finish. On the other hand, French designer Isabelle Cornaro is seen highlighting her mini Lady Dior bag made with black velvet and chain embroideries. Chinese designer Li Shurui’s version is a coated fabric embossed and printed with a holographic effect.

Lastly, while a black patent calfskin version of Lady Dior handbag, Mickalene Thomas of USA takes participation in the “ Lady Dior Art Project 2018”. Well, who is collaborating with label Christian Dior is still hard to say but we are sure that the new edition of the Lady Dior Bag will be stunning. Stay tuned with LA POLO for more updates on the new look of Lady Dior handbag.