Oldest, magnificent & biggest event of the year it is, Snow Polo World Cup St. Moritz. Fascinated land of Engadin valley once again rouses with great contentment and agony. The day enrolled with blazing sunshine and spectators demographically packed hanging towards the sideline. The cup ensured greatest players in the world to show their extraordinary flair on the iconic frozen lake of St. Moritz. Here begins the matchday 1 of the cup.

The 2nd chukker undergoes with Nero finding his rhythm and out of nowhere, he scored back to back 2 goals for his team, Cartier. Watching this in anger, Adrian Laplacette Jr. scored 1 goal for their team, Azerbaijan Land of Fire. Here ends the chukker and the results are Azerbaijan Land of Fire- 3.5 and Cartier- 4.

Congratulation to Azerbaijan Land of Fire for victory in the first day of Snow Polo World Cup St. Moritz.

Extras finding: Guest enjoyed their afternoon by having lunch on the ice with tasting Perrier Jouet Champaign in the glass and screening the international Delicacies in their mouth.


In the 1st and 2nd chukker, both the team displayed more of a slipshod game than the intense game. The reason behind it may be the pressure growing from the biggest event, guess so. The result of the 1st and 2nd chukker ends with the results 3-2 to Maserati team, thanks to Robert Strom, Frenchman, who scored the goal for his team, Maserati and snatching the lead from the opponent team, Team Badrutt's Palace.

The 4th and final chukker underway with Maserati team player, Max Charlton dribbling the ball, dodging around the players and scoring an incredible goal for his team. Here ends the match and the final chukker results are Badrutt's team- 5 and Maserati team- 6.

Congratulation to Maserati team for victory in the day 1 of Snow Polo World Cup St. Moritz. 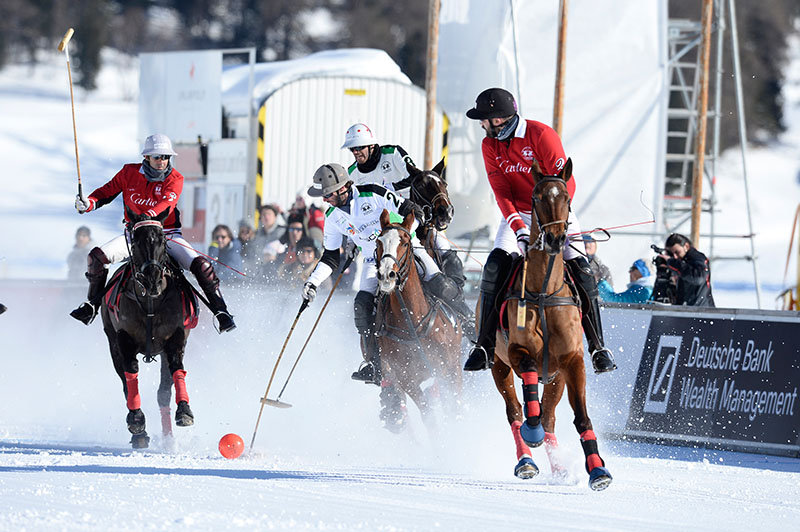 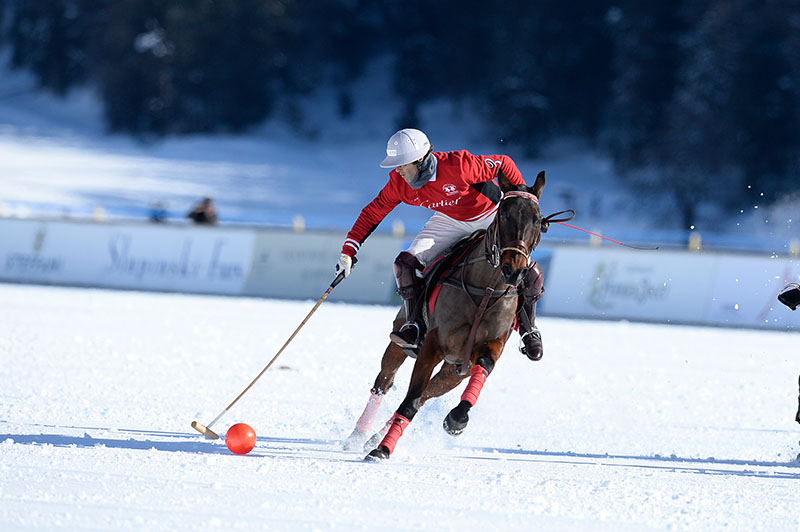 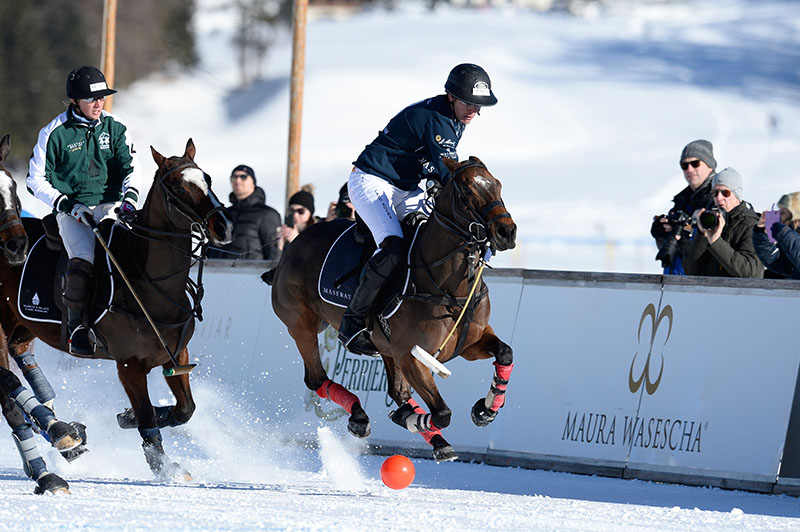 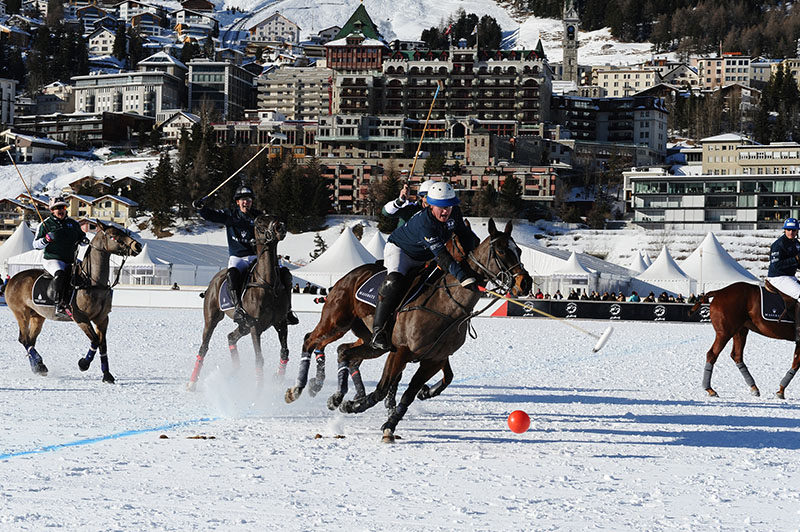 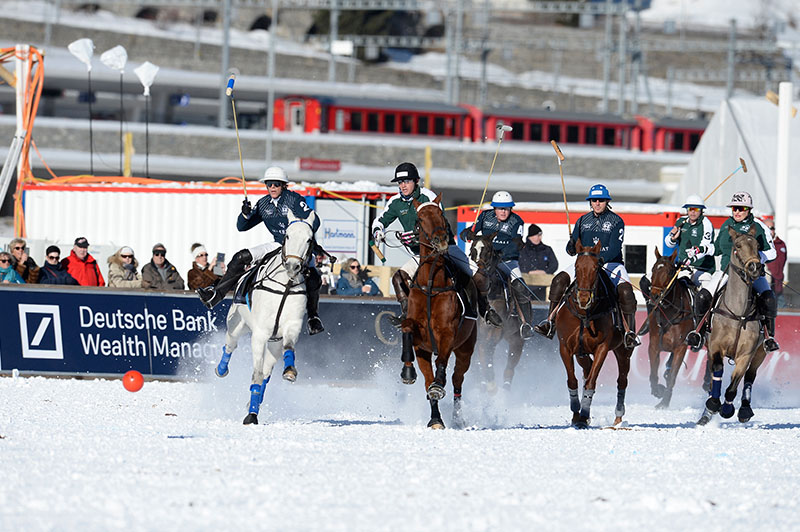 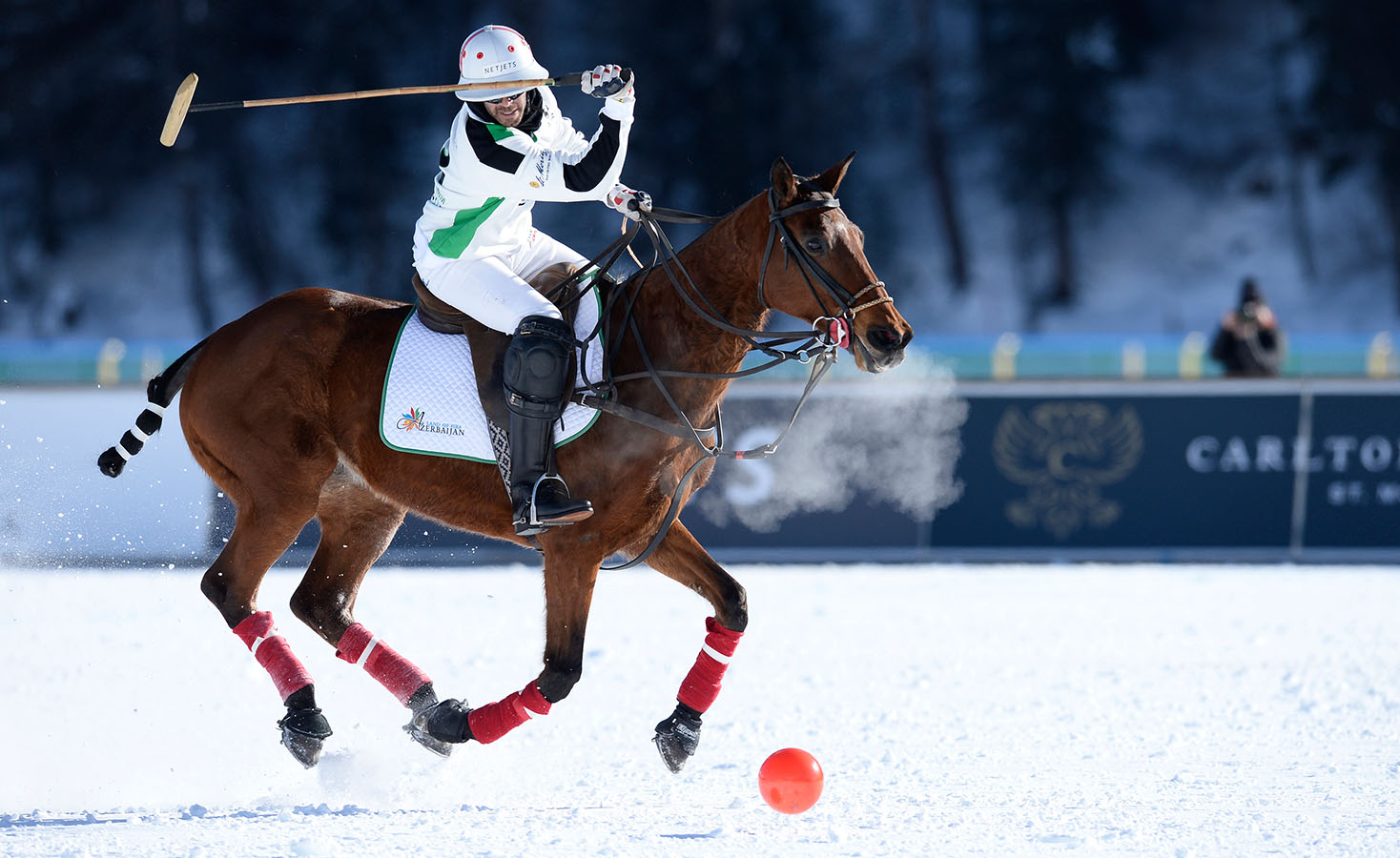