Palaces: Testimony of a Royal Culture

In the fabulous palaces of India you see a fine blend of culture, art, history and intrigue. Let’s take a glimpse


Throughout the history of India, rulers and foreign invaders have fought to conquer this rich land. Some fell in love with the land so much that they decided to stay. Every dynasty added to the diversity of India, enriched its culture, and styled architectural wonders. Across the length and breadth of this country, one finds numerous palaces and forts, each with a unique architecture of its own. While some have retained the purity of form, others have blended to give rise to new forms. Here are a few exquisite Indian palaces that will give you a glimpse into the royalty of India.

Hawa Mahal: Hawa Mahal or The Palace of Breeze in Jaipur was built in 1799 by Maharaja Sawai Pratap Singh. Lal Chand Ustad is the architect who designed this wonder that allowed women in the palace to watch the city without being seen themselves. It gets its name from the fact that it’s built keeping the Venturi effect in mind, so that cool breeze passes through the interiors. This pink and red sandstone structure is a perfect blend of Rajputana in its jharokas with coloured glasses and domes, and Mughal in the intricate filigree works. Hawa Mahal is the world’s tallest building, without any base or foundation and inclines at an angle of 87 degrees. The palace has five stories yet there is no flight of stairs to get to the top, instead there are sloping ramps. 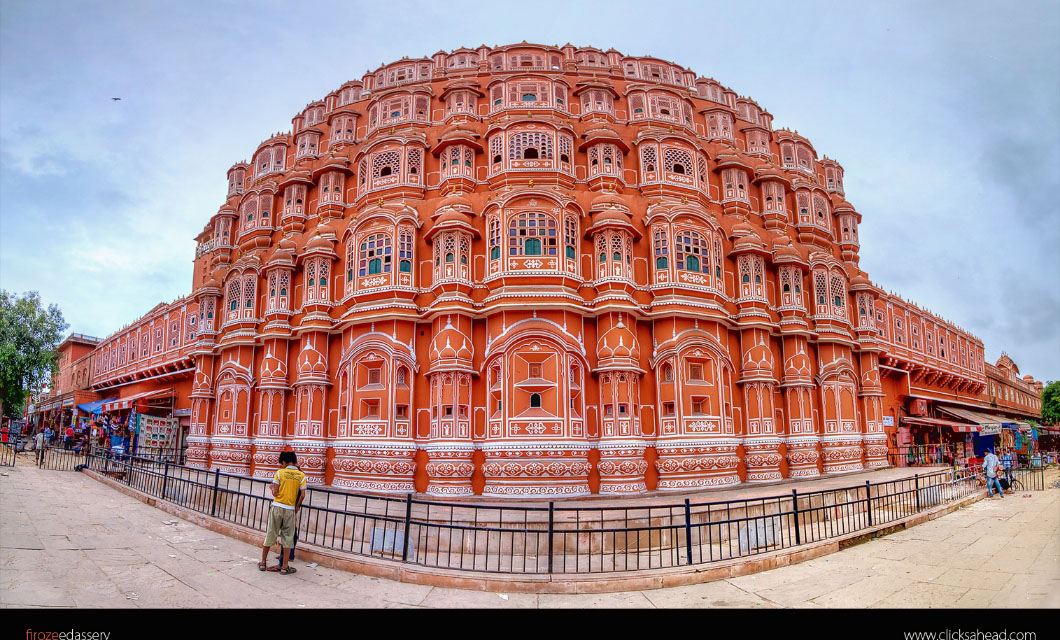 Mysore Palace: Also known as Amba Vilas Palace, it was built in the 14th century by Yaduraya Wodeyar. It is a prime example of Indo-Saracenic architecture. With marble domes and granite structure, it is a blend of Rajput, Mughal ‎and Gothic architecture–the last contribution was by Henry Irwin, the British architect who rebuilt the palace after it was burnt to ashes in the 19th century. Apart from the sculpture of Gajalakshmi, the Goddess of wealth and prosperity, on the central arch, the arch over the entrance gate upholds the kingdom’s emblem “Never Terrified” in Sanskrit.

Laxmi Vilas Palace: This magnificent palace in Vadodara, Gujarat, is four times the size of the Buckingham Palace in London, was built by Maharaja Sayajirao Gaekwad III in 1890. It took 12 years for architect Robert Fellows Chisholm to build this grand structure. The Darbar Hall with Venetian mosaic flooring and Belgian stained-glass windows is only one aspect of the sheer opulence of the palace. This art-deco palace with its splendid chandeliers, golf and cricket grounds is the perfect balance of tradition and modernity. 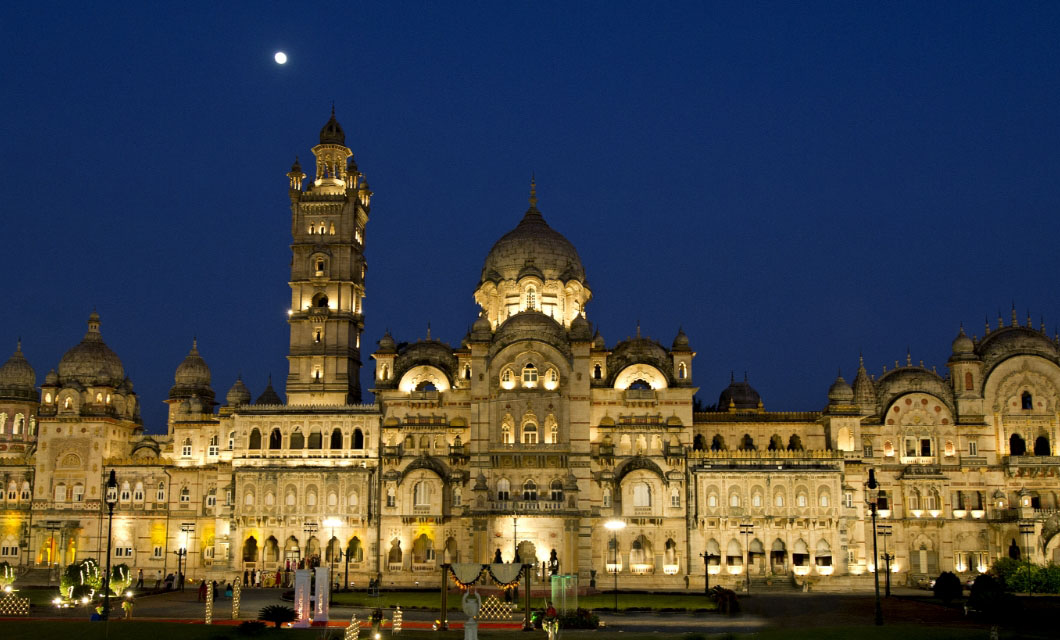 Lake Palace: This is another architectural masterpiece of Rajasthan, which literally translates to the “land of kings”. It was built by Maharana Jagat Singh circa 1743. Situated in the midst of Lake Pichola, in Udaipur, this palace of white marble is an epitome of elegance. Surrounded by blue water on all sides, it looks absolutely magical. 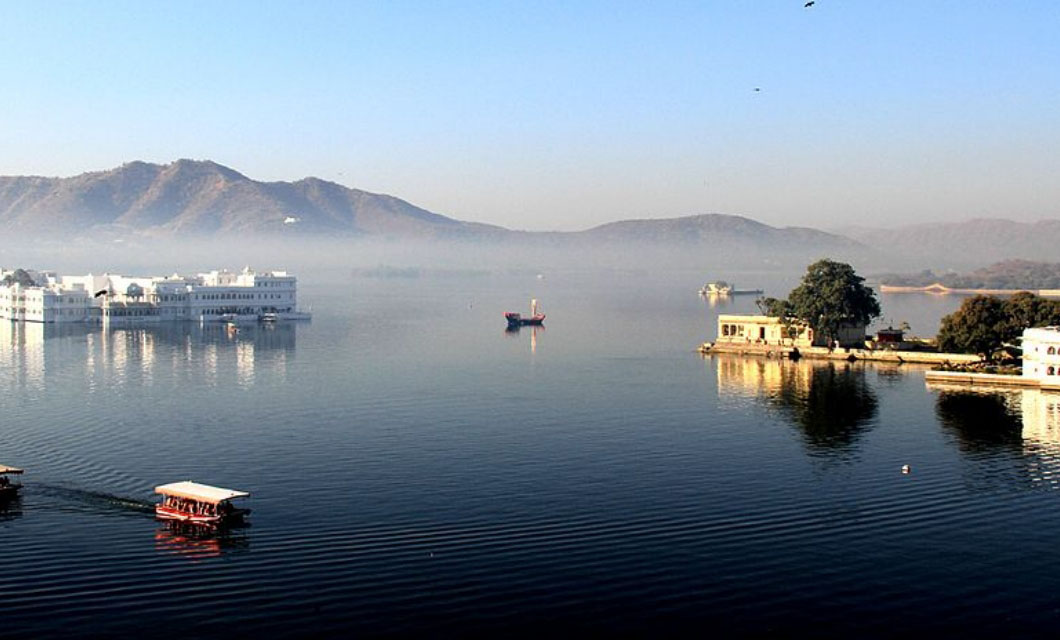 Falaknuma Palace: Architect William Ward Marret built this stunning palace in Italian marble and stained glasses for Sir Viqar-ul-Umra, the erstwhile prime minister of Hyderabad. Later Mir Mahbub Ali Khan, the sixth Nizam of Hyderabad, enchanted by the beauty of it, bought the palace from him. Ever since, it has housed some of the most prominent people and political guests from Queen Mary, Tsar Nicholar II to Rajendra Prasad. The architecture reflects the contemporary western styles of Gothic, Palladian and Tudor styles. 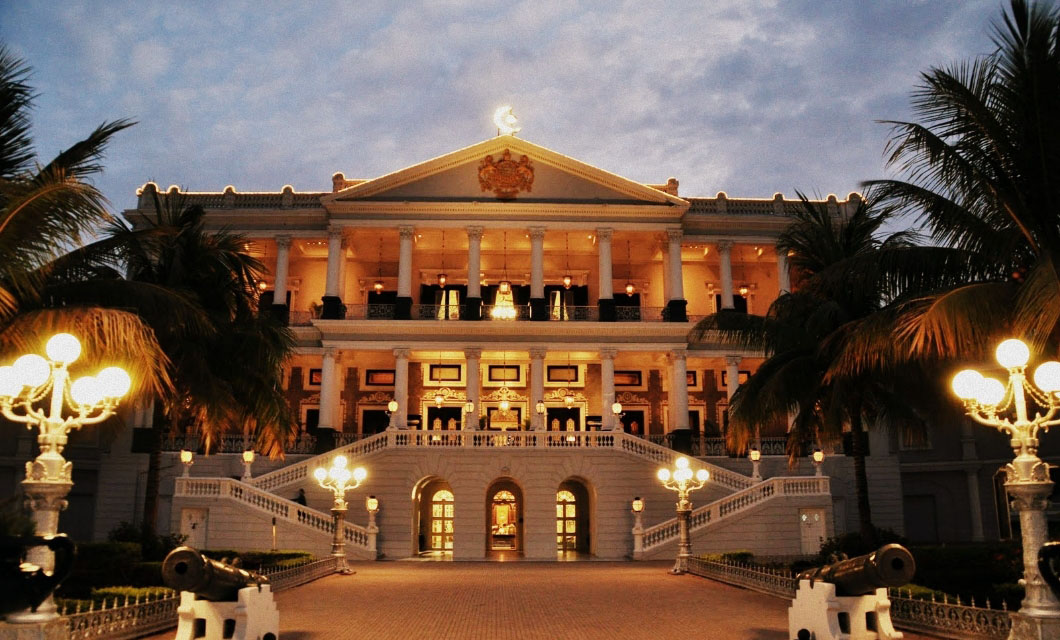 Ujjayanta Palace: Rabrindranath Tagore, friend of the Maharaja of Tripura, christened the palace as Ujjayanta Palace when it was built by Maharaja Radha Kishore Manikya in 1901. A Mughal style garden and a paved road leads to this beautiful white palace built in the Indo Saracenic style. The pristine white against a vermillion sky takes the breath away of connoisseurs. 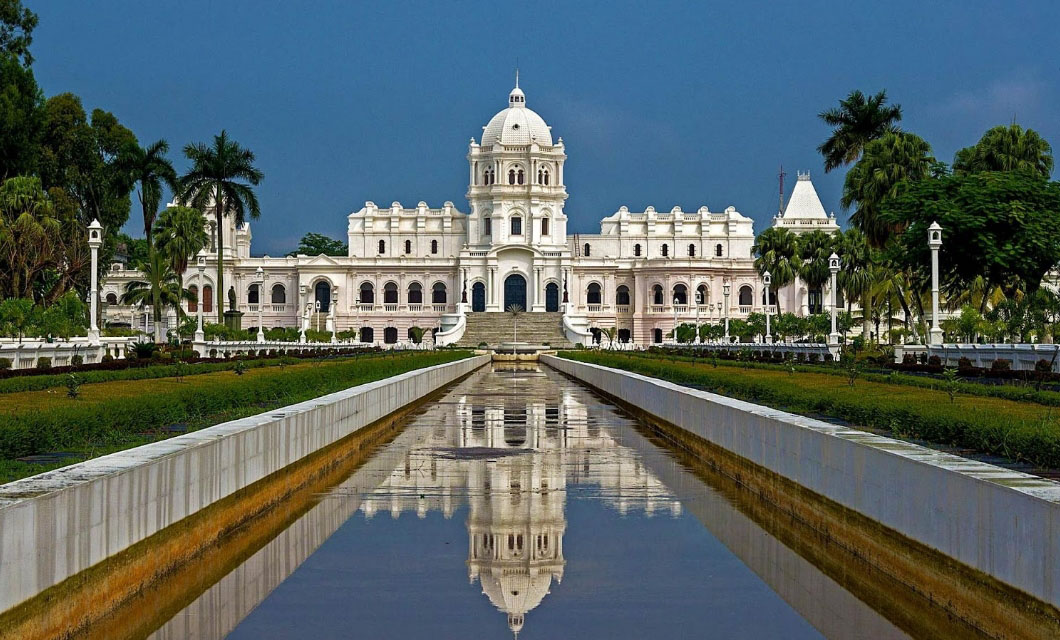 Thanjavur Maratha Palace: Thanjavur Maratha Palace Complex or Aranmanai was built by Vijaya Raghava Nayak; when the Marathas conquered, they occupied the palace and added to it. Today, the Thanjavur Royal Palace consists of a Royal Palace Museum and the Sadar Mahal Palace, along with a Durbar Hall, the queen’s courtyard and the Raja Serfoji Memorial Hall. There is also the Saraswati Mahal Library and a small bell tower. There is stunning use of colour, and intricate patterns that make it one of the architectural gems in India. 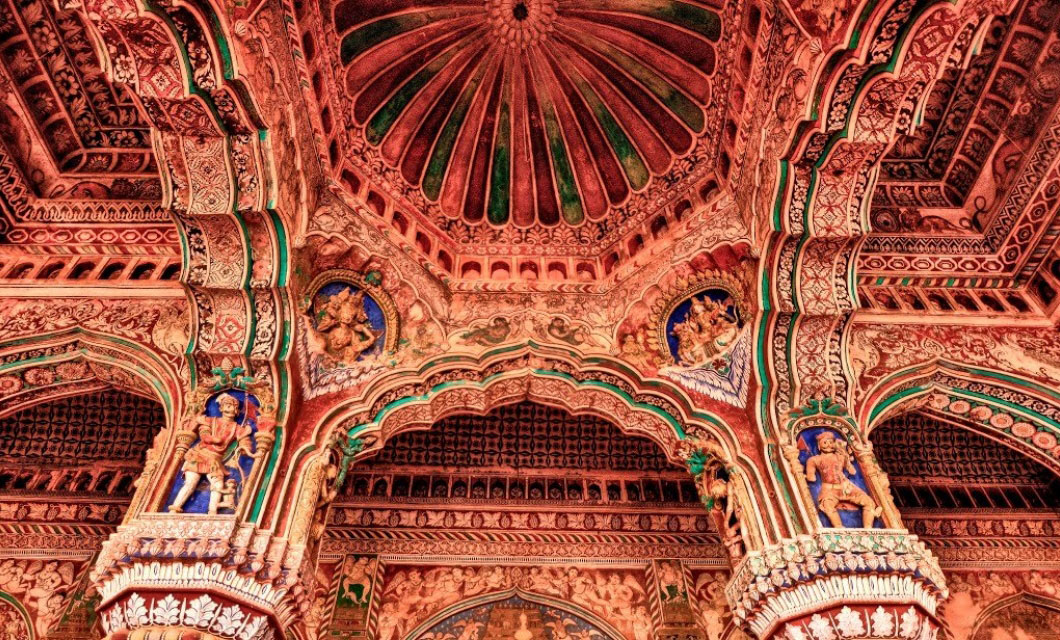 Indian kings were great patrons of art which is reflected in their palaces. While the Rajput kings valued their own culture more, the Nizams of central India were flexible and thus the western influence is mirrored in their palaces. All this adds to the cultural appeal of India, where art and culture intermingles, and yet each maintains its individual identity.