The Patiala City Of Punjab Got In The Colors Of Polo


An eventful, memorable and exciting Polo Match was played on Wednesday, the 26th, February, 2020 in Polo Grounds, Patiala as a part of Patiala Heritage Festival, a remarkable event to be organized by the constant and sincere endeavors of the Chief Minister, Punjab, Captain Amarinder Singh. The match was played between the two teams - Bahadurgarh Team and Qila Mubarak Team. Since both the teams were equally strong, it was a well contested match.


Colonel Manoj Dewan (Retd.) and Lieutenant Colonel Prateek Mishra were the empires of this distinguished match. They were dressed up decoratively in blue T-Shirts. Colonel R.S. Brar (Retd.) had the distinction to be the referee of this match. Colonel Shakti Rathore (Retd.) acted as a commentator, a heart- throb of the match.

This momentous Polo match was inaugurated by Her Highness, Praneet Kaur, Member of Parliament and former Minister of State for External Affairs, Govt. of India, New Delhi and wife of Captain Amarinder Singh, Chief Minister of Punjab, who is the motivating force to organise Patiala Heritage Festival and Polo Match.

The match was played in four Chukkars and it was a horse Polo match. It is quite interesting to note that the Polo field at Patiala was spread in three hundred yards. There are two schools of thought regarding the advent of Horse Polo in the Indian subcontinent. Horse Polo had started in the villages of Manipur as suggested in the first school of thought. Then it travelled all the way to the British Officers and to the elite class of East India Company, Calcutta. It also made its way to other states in British and Princely provinces of India. Second school of thought suggests that Qutab-Ud-Din-Aibak, the brain behind the construction of Qutub Minar in Delhi, India met his tragic end while playing Horse Polo. The Polo Grounds in Pakistan are known as Aibak Grounds.

There was an added attraction when Skill Riding Display was conducted by Sixty One Cavalry and the boys of Punjab Public School, Nabha. It was an exciting and thrilling event of the day. In the exciting and strongly contested match between the two equally strong and popular teams Bahadurgarh team and the Qila Mubarak Team, the Bahadurgarh team , were victorious who scored seven goals and the other team was able to score five goals. The match between the two teams was played in four Chukkars as a Horse Polo Match. The Horse Polo was adopted by the Mughals and onwards, it was polished by the elite Britishers. There is no denying the fact that India is the organization of Horse Polo that produced experienced Polo players of repute and fame . It is true that the outcome and effectiveness of Polo players relies on the quality and training of Polo Pony. It is presumed that much of the best performance of Polo players relies on the quality and extensive training of the Polo horses. The safety of the horses is of paramount importance in the gracious game of Polo. In the first Chukkar, the Bahadurgarh team was displaying vigorous attacks on the other team, the Qila Mubarak team. In the first Chukkar. It was zero- zero. There was a tough fight between the two teams for the goals. Later on Colonel Navneet Singh scored a goal for the Qila Mubarak Team. In the Second Chukkar, Bahadurgarh team was losing as Quila Mubarak team had an upper hand. During the second Chukkar, Ravi Rathore of Bahadurgarh team scored the first goal. Now both the teams had scored one goal each.

It should be noted that Chanda Singh and Colonel Joginder Singh were the legendary Polo players in the erstwhile Princely state of Patiala Polo team.

It is really a matter of pride and pleasure that Sardar Gurkirat Singh and Shri Sanjeev Sharma Bitto, Mayor Patiala were also present on this auspicious occasion. 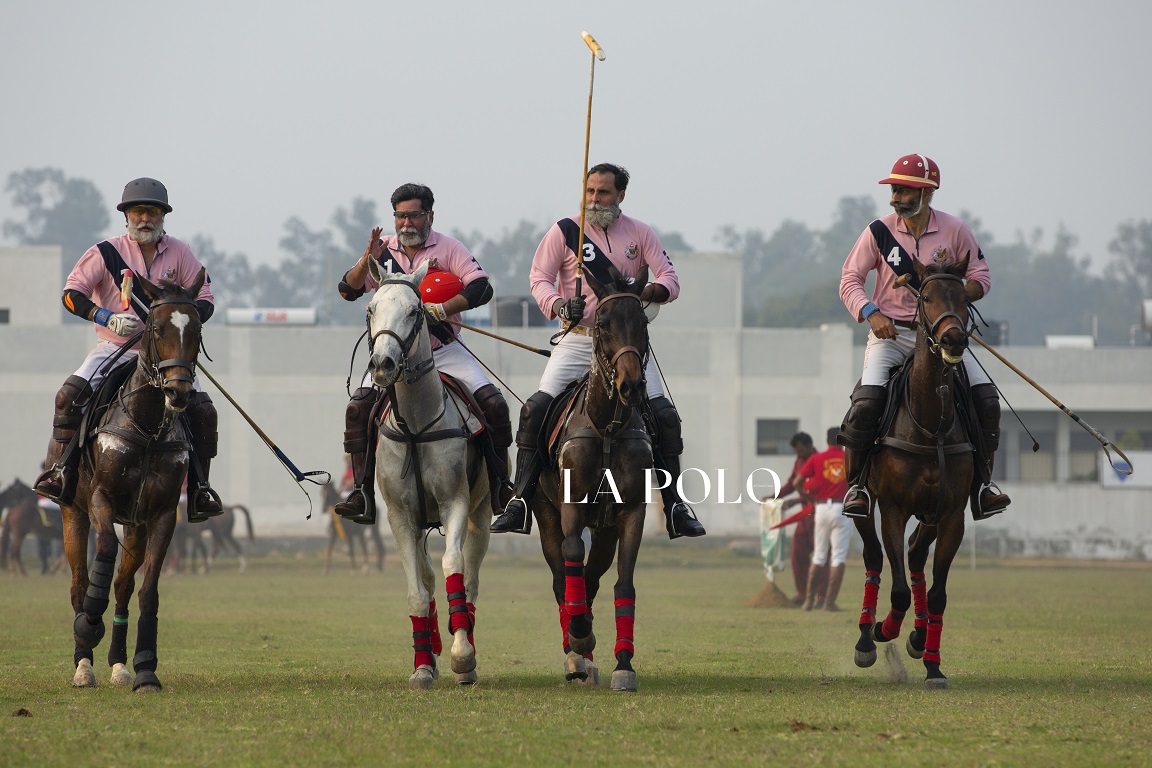 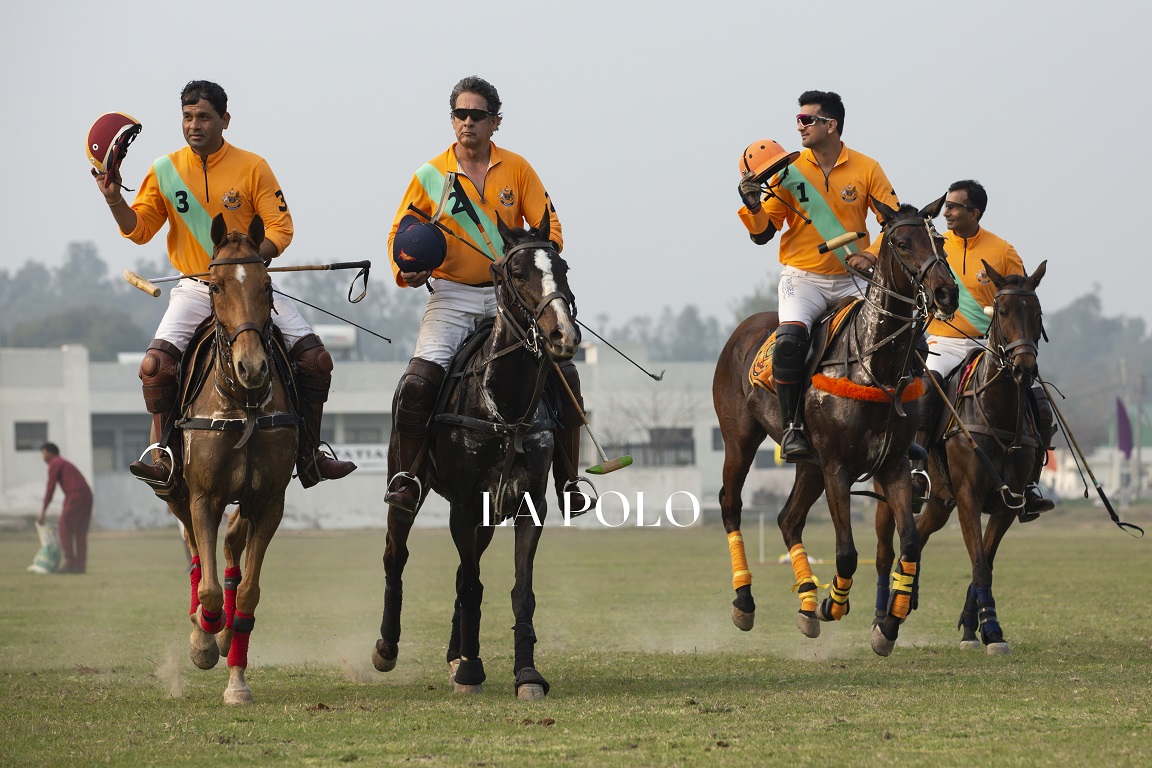 The crux of the match followed by the victorious Bahadurgarh team was followed by Prize Distribution function. The prizes were awarded by a renowned and an active member of Parliament, Her Highness, Maharani Praneet Kaur, and former Minister of State for External Affairs, Govt. of India and wife of Captain Amarinder Singh Chief Minister of Punjab who is well acclaimed as a seasoned politician.

The grandeur filled Prize Distribution Function was followed by a group photograph of match participants and contributors who played a fine role in Patiala Heritage Festival, Patiala Polo Club with the Chief Minister Captain Amarinder Singh to mark a cherishable and memorable moment and keep it as a treasured niche for the upcoming generations.

I am highly grateful and obliged to the Patiala Royal Family, Patiala Polo Club, the Riding Club and the Patiala District Administration for organising such a lively, lovely, and boosting Polo match at Patiala on Wednesday the 26th February as a part of organising Patiala Heritage Festival . The students of the Punjab Public School, Nabha and the Sixty One Cavalry imparted standing salutes to the cheerful audience and the spectators. The Punjab Public School student Guru Karanpreet Singh displayed a wonderful and exquisite horse show. Hanky picking session while galloping and riding on horseback also added to the attraction. Less Amuldeep Singh was the leading showman who picked up the hanky on horseback. In the end, Ranjit Shinde displayed spectacular horsemanship and picked up all the hankies lying for the purpose while riding on the horse back. The Triple Tent pegging show was also arranged and well organized. 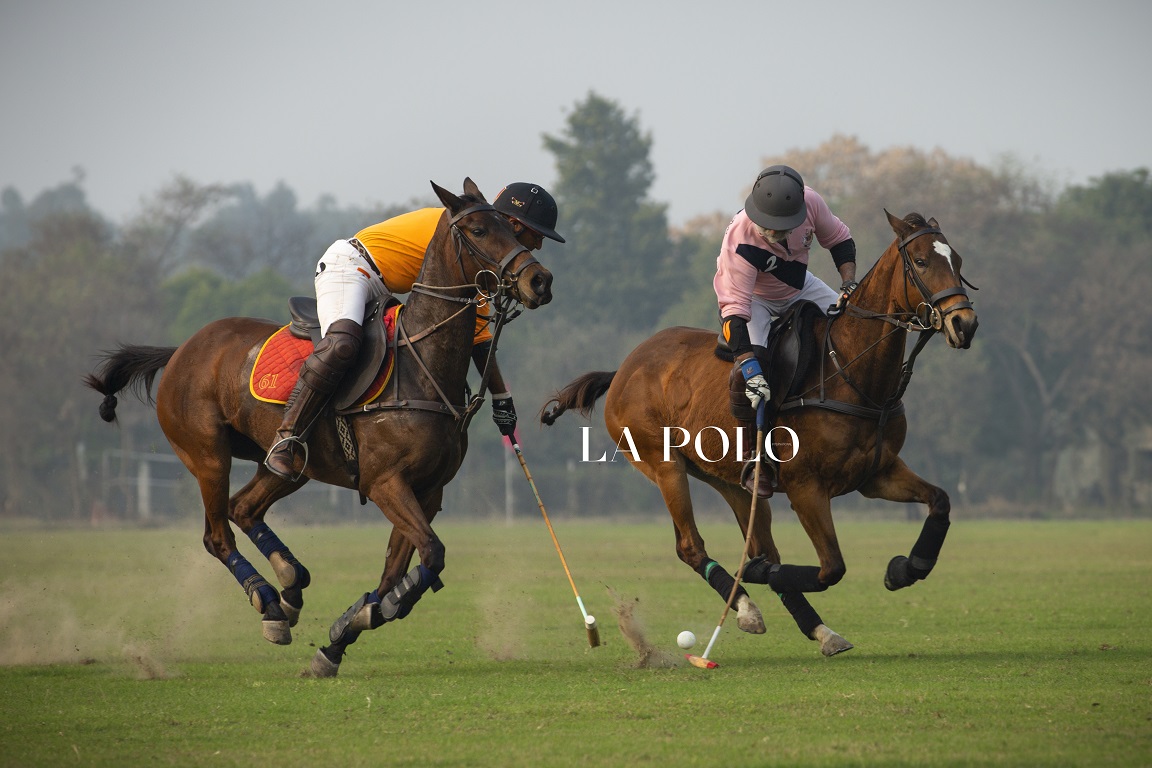