The Polo players stand, play and defend maintaining a particular position and pattern for smooth and well play

Played on horseback, Polo ranks among the most exciting sports round the globe. The mere sight of the horses galloping, gives even an onlooker an adrenaline rush. Having its origin close to 2000 years ago, polo is one of the oldest sports known to humankind.


Sue Wicks once said, “I think sportsmanship is knowing that it is a game, that we are only as good as our opponents, and whether you win or lose, to always give 100 percent.” It is this indomitable spirit that comes with competing at a game that makes the arena of sports illustrious. Competition lives at the core of all sporting events, while it is exactly what blows life into them translating into a more fulfilled and exemplary life. Like all other sports, the primary objective in the sport of polo is for a team to score more points than the opposition. It is common knowledge that this objective in each sport is achieved within a set of rules. The rules in the game of polo lay great emphasis on the positioning of the players in the field. Each team comprises four members. While some of these players are attackers and some defenders, the nature of the game is such that each player is expected to be flexible and play the role of either an attacker or a defender depending upon the situation during a match.

Within a team, each member is assigned a position prior to the match. The position of the player is ascertained by spectators and the opposition alike through the number worn on the kit. Each position is given a name and brings with it a particular duty on the field.

An attacking offensive player is given position one in a polo match. This position is similar to that of a forward in hockey or a striker in soccer. The prime purpose of an attacker is to hit the ball accurately in order to score goals, though the role of an attacker does not stay confined to primarily hitting the ball. The attacker assumes the role of a defender as and when needed by the team. In the role of a defender, position one player has the responsibility of keeping the position three player of the opposing team in check. 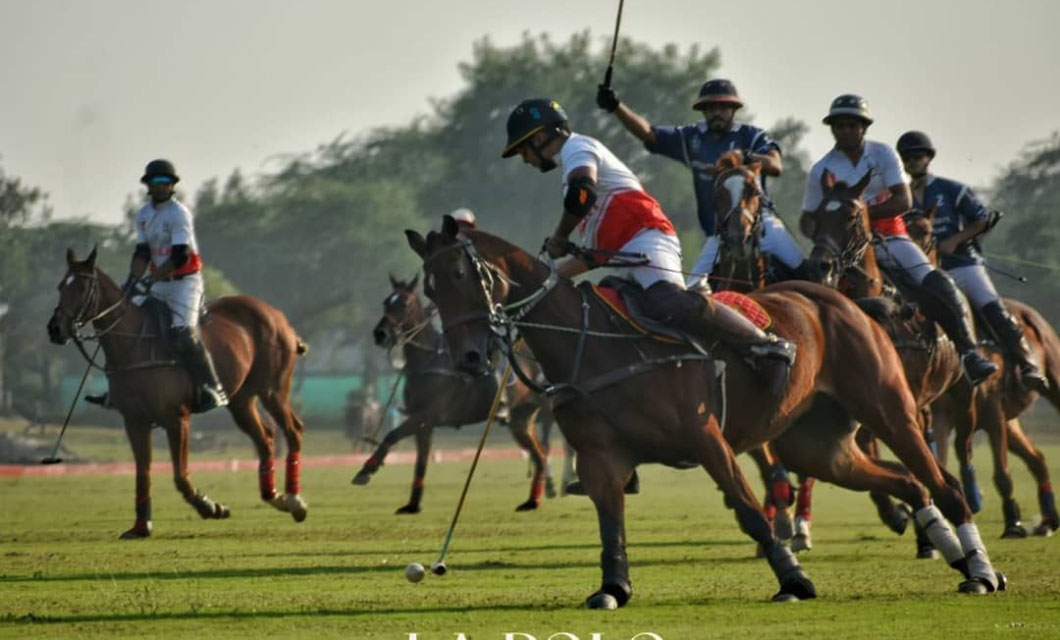 Position three is often reserved for the best player in the team. This position is similar to that of the quarterback position. This is a principally attacking position and the player occupying this position must be the most accurate hitter of the ball, upfield to the players in the first two positions.

While the positions of players within a team keep changing according to the need of a match, the position of the entire team experiences a shift every time a goal is scored. As the ball hits a goal, the teams are required to alter their field direction. This rule emanates from the ancient tradition of playing the game on an East/West axis. Frequent change in direction of the teams was adopted since no team liked to spend extended hours with the sun or wind in their face. Positioning is crucial to the success of a match. The primary goal of each team is to score more goals than the opponent, with the attackers hitting the ball and the defenders defending the goals. But strategies within a match are not confined to hitting and defending alone, and positions of players work diversely. Players often challenge the members of the opposing team by riding them off. To do this a player rides his pony alongside that of his opponent’s in an attempt to move them away from the ball or take them out of play entirely. Similar to a body check in hockey, in polo, players have the liberty to bump players of the opposing team in a physical manoeuvre. But the technique of bumping must be executed with caution to ensure the safety of both the horses and the players. Many a time players hook an opponent’s stick with their own when the opponent attempts to hit the ball. This technique is called hooking. Even though hooking is a legitimate technique within the rules of polo, unsafe hooking results in a penalty. 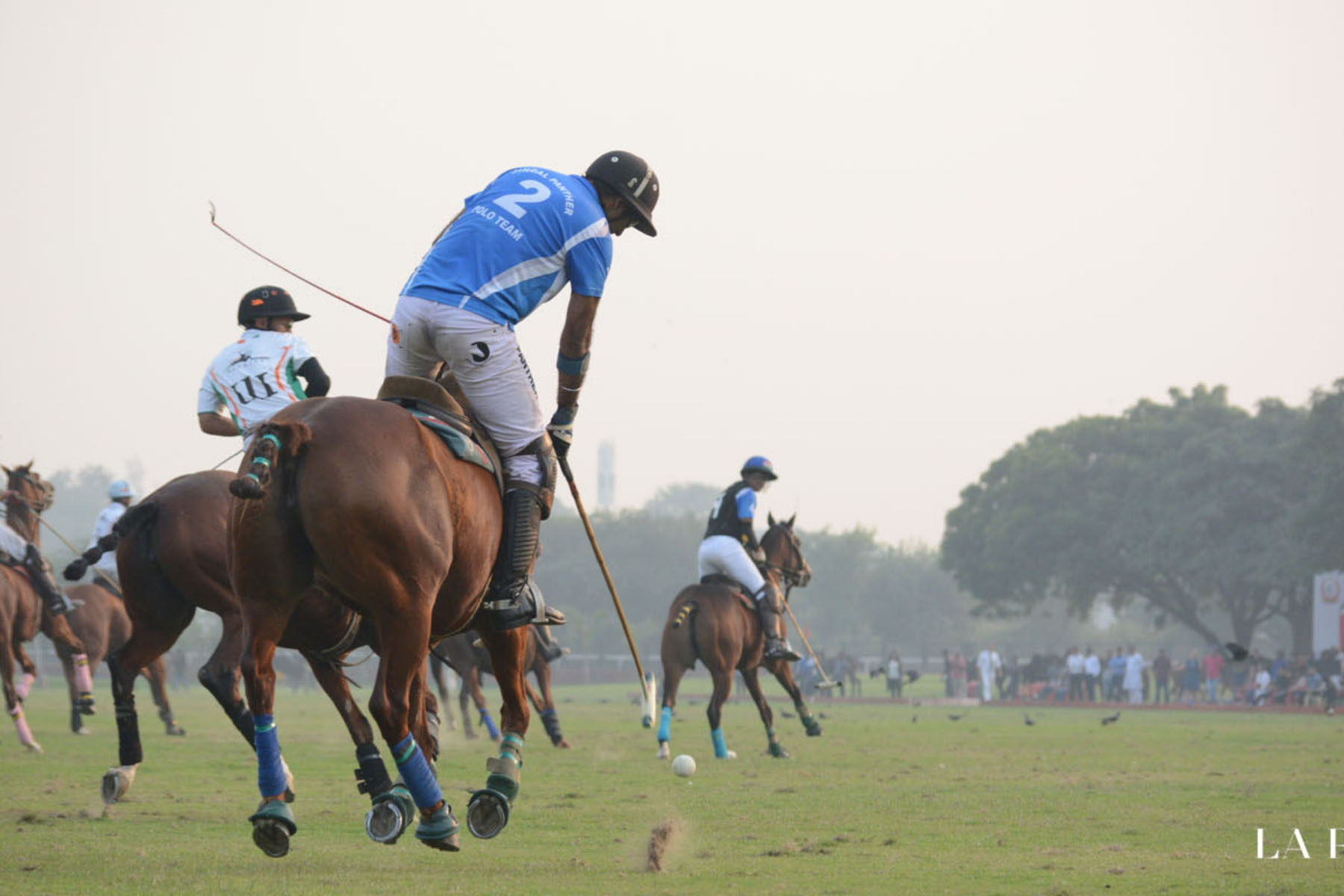 While attackers rely on hitting the ball accurately in order to score, the structure of polo is such that the defender is supplied with ample opportunities to obtain the possession of the ball for his team. The defender has the liberty to push the opponent off the line, or sneak away the ball from a player of the opposing team. The various variants of polo include, arena polo, outdoor polo, beach polo, paddock polo, segway polo and the list goes on endlessly. With variation come changes in the ground for matches and slight alterations in rules, but the positioning of players continues to be more or less the same.

The four positions wherein each player has a certain responsibility within a match go beyond looking after the ball and one’s own goal. While the position one player covers the opposing team’s position four player, the position two player covers the position three player of the opposing team, who is also the best player of the team. While variants like arena polo or snow polo are common among enthusiasts, elephant polo comes as a rather fascinating addition. With rules that slightly differ from conventional polo, the sheer size of the elephants makes the innovations within the game all the more interesting. in elephant polo the dynamics of player positioning experience transformation. Elephant polo comprises four payers in each team, and at any given time no more than one player from each team time is allowed in the ‘D’. The defending team gets an advantage of a free spot hit if the attacking team has more than one elephant in the goal semi-circle. Two defending elephants in the goal semi-circle make for a foul, while elephants from the defending team must keep a distance of fifteen metres form the ball. 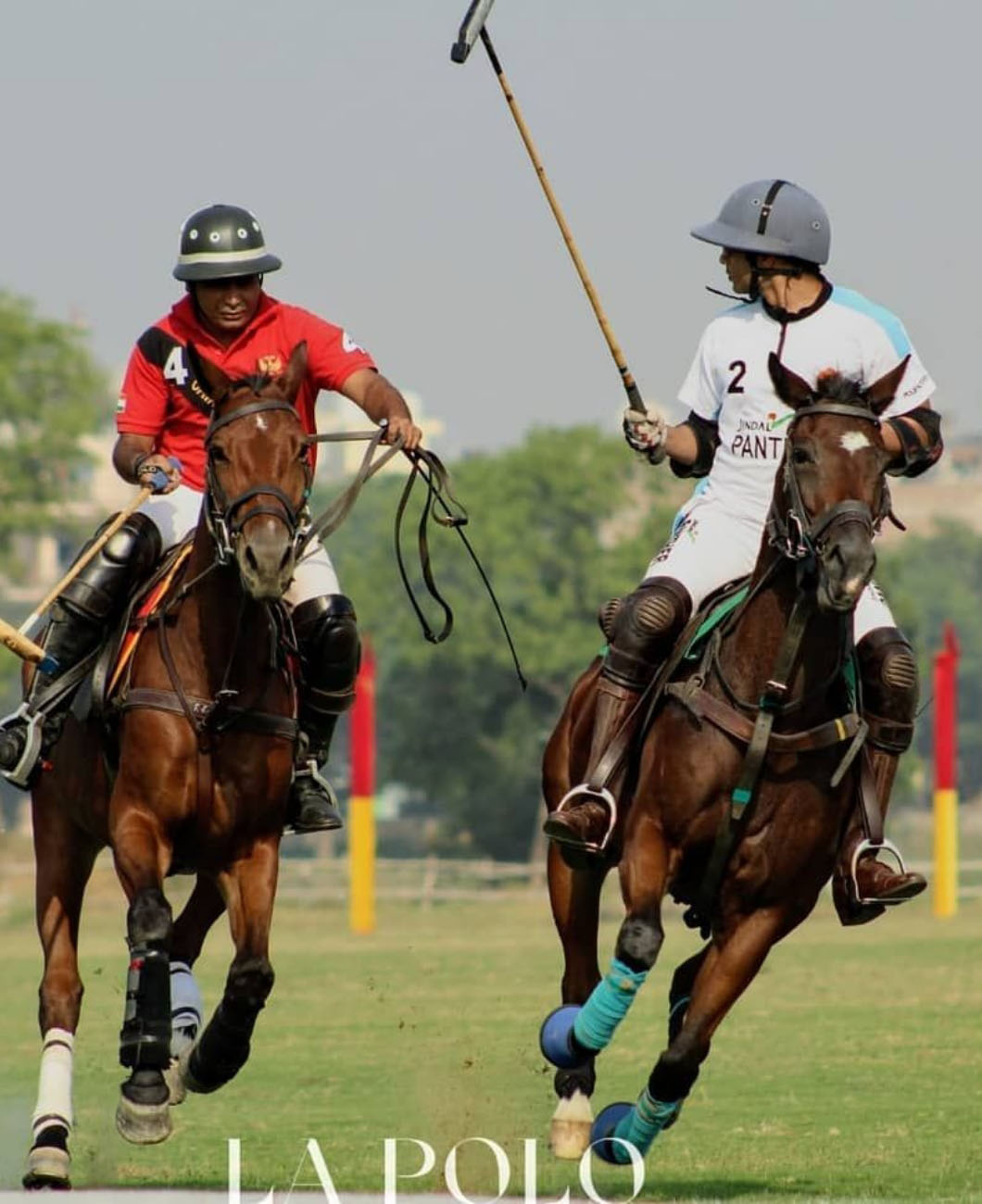 Most polo variants have four payers in each team. But a team of water polo is made up of seven players. In a match of water polo, a total of fourteen players, seven from each team, play actively. Water polo runs entirely on players positions, with players filling several positions throughout the game according to the situation during a match. Apart from the position of the goalkeeper, water polo comprises a centre forward, a centre back, two wing players and two drivers. The offensive positions include one centre forward, two wings, two drivers and one ‘point’ positioned farthest from the goal. Defensive positions are seldom changed, but are just altered from offense to defense. The goalkeeper’s primary role is to block shots against the goal while guiding and informing their defense of imposing threats and gaps in the defense.

An integral aspect of player positioning in conventional polo, as well as all other variants of polo is field positioning anticipation. It is one of the most valuable tools for a successful game. It is the coming together of two significant aspects of the game; play recognition and making necessary adjustments during the course of the match in order to maximize the efforts of movement. Play recognition goes beyond player positioning. Other factors like player abilities, quality of horses, wind, playing surface, conditioning of horses, etc., have to be kept in mind. There are certain things that players need to keep in mind in order to anticipate a match better. From identifying who is hitting to identifying their ability to hit, from knowing the positioning of the opponent to keeping a keen eye on the development of the game, from a certain consciousness of the field layout at all times to maintaining a healthy communication with each teammate, game anticipation requires focus and spontaneity. Being able to guess where each shot is going to be hit by players of the opposing team and one’s own team and spontaneously moving into position for a pass before the ball is actually hit are traits that distinguish an amateur from an experienced player. Apart from positioning of players, what makes a game successful is positioning of the ponies. It is important for the ponies to excel in the position they play, just like the players in a polo match.

Many a time facets that seem inconsequential and not worth worrying about, are the ones that matter in the long run. Player positioning in polo is one such factor. While the handicap of players, the ability of ponies, the durability of the ground, the quality of the mallet, and the long list of essentials play a great role in the success of a match, the fact that player positioning holds the power of changing a game to a great extent, cannot be denied.