Samaya, a professional rider from the school highlighted how Polo attracts her as a horse rider, she thinks she can better adept at Polo. “I was really excited to hear about the Polo Clinic, I immediately signed up for it because I wanna try Polo one day”


Today at the Modern School, Barakhamba Road, Delhi India amid the hustle-bustle of a regular monday morning, students participated in a highly irregular event brought to their school by LA POLO. Sequestered in the school’s Hill Auditorium, were more than 200 students, some of them seasoned young riders of the school were fully clad in their riding attire from boots to helmets, while other students sat with rapt attention enjoying the short film on Polo’s history. LA POLO organised a Polo Clinic with the objective to provide a closer view and glimpse of Polo to the students by making them aware of its great Indian heritage. The workshop was attended by the principal, Dr. Vijay Dutta, Simran Singh Shergill, a +6 handicap Indian Polo Player, Oliver Sinclair, ex-polo player and an Alumni of Mayo College, Shivani Joshi, Head Communications at LA POLO. The workshop was organised under the meticulous supervision of Mr. Rajesh Kumar, Sports HOD at the Modern School and his cordial staff who extended their unflinching support at each and every step, making the little but highly enthusiastic students at ease with the workshop.

The workshop was neatly divided into two parts, the first of which started around 9 am in the morning providing students with a stimulating view of Polo’s history and how it was nurtured in the Indian Subcontinent for centuries through a short film. Miss Shivani Joshi highlighted LA POLO’s objective and vision behind the workshop to bring the heritage sport in close proximity to the youth and how LA POLO is trying to broaden the social base of Polo in india, where the game arguably developed if not undoubtedly originated. 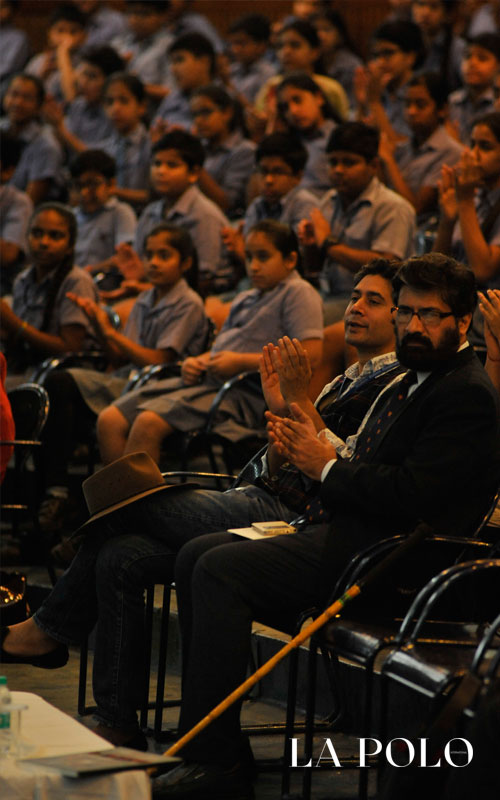 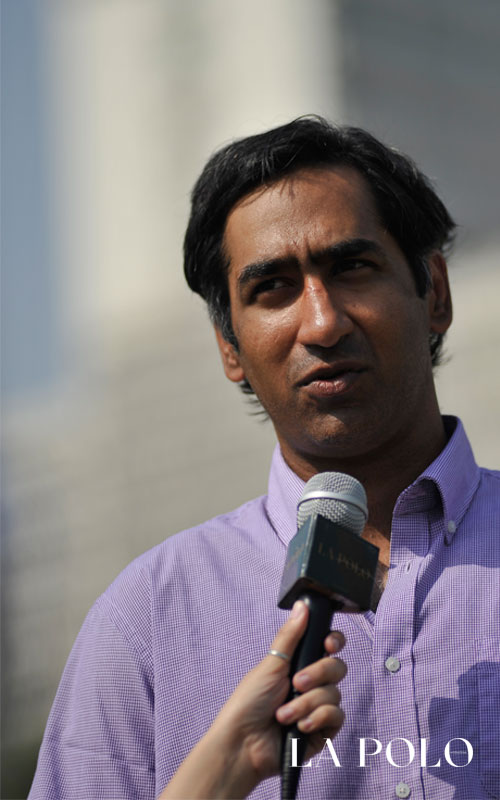 After which Simran Singh Shergill provided students with his personal encounters of the thrilling sport, informing students about the nitty-gritties of the game. Simran seemed to be enjoying the workshop as students brought forth their curiosity through several questions related to the sport to which his elaborate answers made the session really engaging. Simran highlighted that “the younger generation is the key to the future of Polo and I am more than happy to share my experience and learning to these young kids and also admire the efforts LA POLO is taking for the heritage sport”. Following Simran, Mr. Oliver Sinclair highlighted how crucial it is to start riding earlier in life to master the sport of Polo and encouraged students to confidently try Polo in their free time. He remarked upon the presence of several clubs and riding schools in Delhi itself where students can easily begin their journey with Polo
The first half of the workshop culminated with their respective addresses, filling students with enthusiasm and curiosity as to what was to be unfolded on the ground. More than 20 students marched again to the arena ground where three beautiful horses were standing prepared for the second half of the workshop. All students were unanimously in love with a horse they called Rajni Pandey, the sorbequet for the horse. 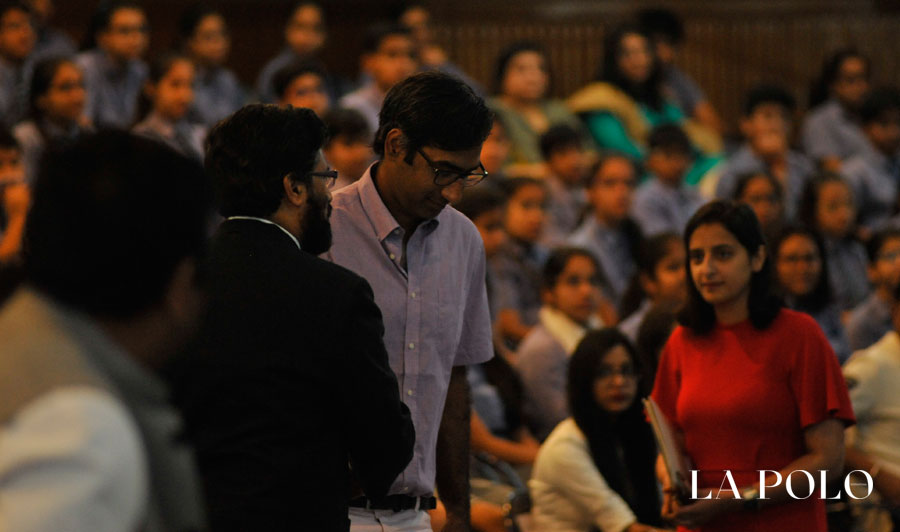 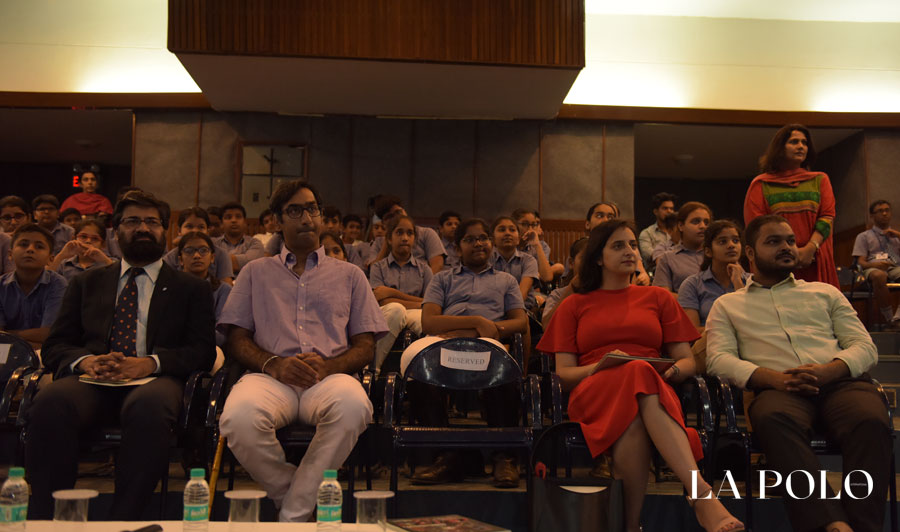 Once in the ground, Students prepared themselves for the second half of the workshop where Simran began giving further details on how to handle the mallet and strike the ball. This session provided students with basic know-how of Polo inside the field. Introducing students to four basic mallet strokes in Polo, and the offside and nearside management of the ball. Simran then let his students practice with their mallets on ground to take calculated strokes at the ball. After the students showed adequately impressive ability to strike, Simran created four teams of four players each out from the total students. These teams played two matches on the ground trying to implement the tactics taught by Simran.


Samaya, a professional rider from the school attended the workshop for the sheer love of the game. She highlighted how Polo attracts her as a horse rider, she thinks she can better adept at Polo. “I was really excited to hear about the Polo Clinic, I immediately signed up for it because I wanna try Polo one day”
After the practise matches were drawn to a close, a few goals have been registered and small celebrations were seen happening among the winning participants. A group picture was taken to mark the successful completion of the workshop in which all the participants stood among the grinning horses who also had the unusual chance to experience some Polo on a really irregular monday morning for the Modern School.
Dr. Vijay Datta, Principal Modern School communicated his elated response in hosting a Polo clinic and assured that the school will look forward to enter in the Polo arena in the near future. Miss Shivani Joshi also commented on the successful culmination of the workshop “I am overwhelmed to see the strong inclinations of the young students towards Polo, I think this clinic marks the beginning of a new chapter for both Polo and LA POLO.” 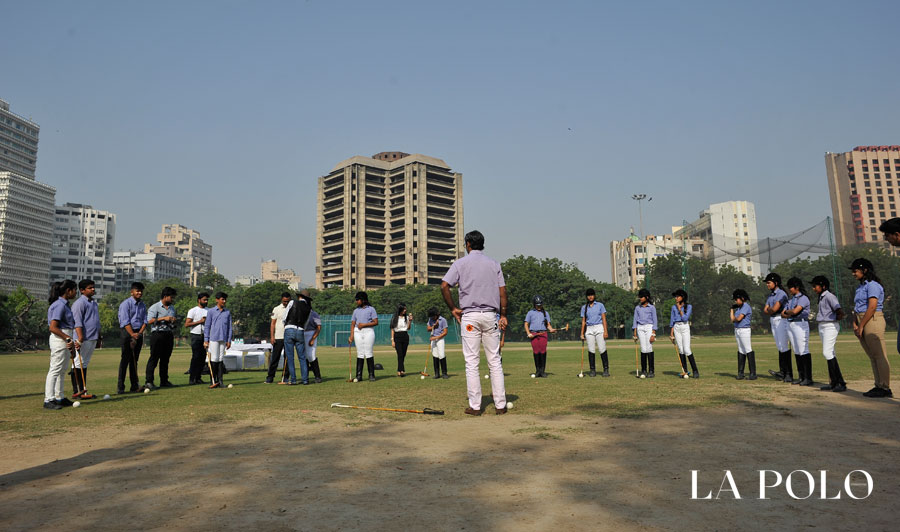 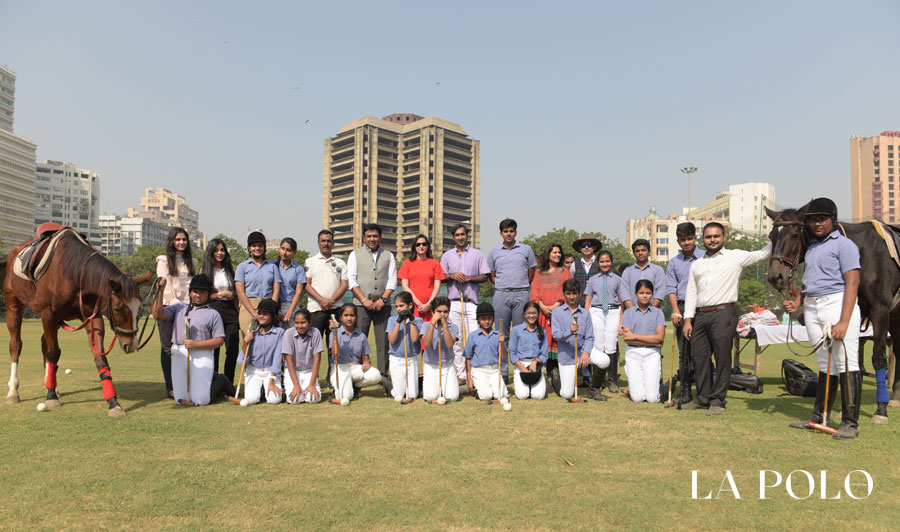 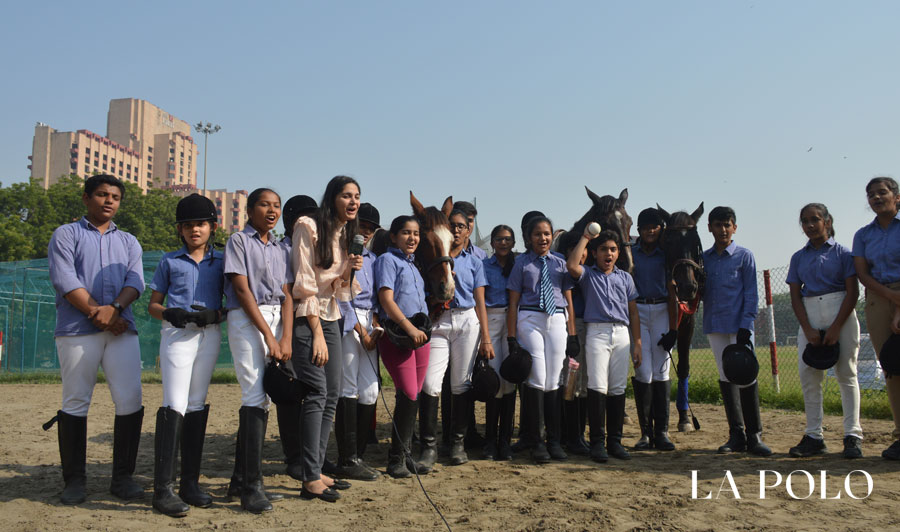 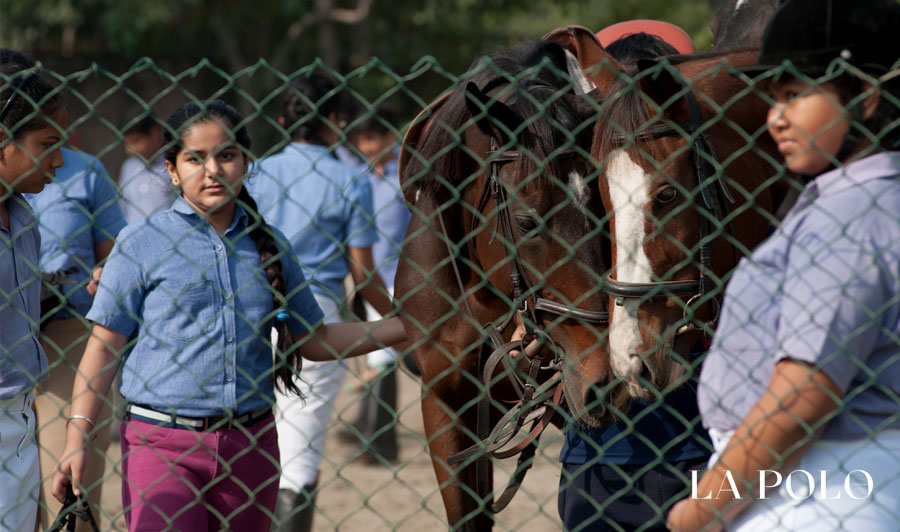 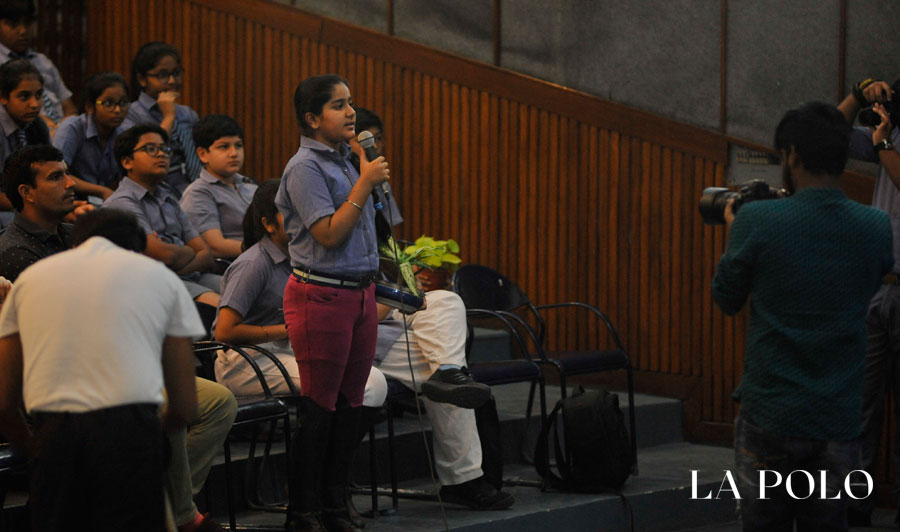