From being the only woman polo player in Nigeria to becoming a polo commentator, Jan Marie Kiesel’s journey is inspiring.


In the 1980s, Jan Marie Kiesel was almost every time introduced as Nigeria’s only woman polo player. Today, Kiesel is known as the “voice of polo”, and this chapter of her journey also started in Nigeria.

The polo bug bit Kiesel in 1977. Since then, she has been a part of the sport in one way or another, either as a player, establishing polo clubs or with commentaries. “There are many places I’d still like to do the commentary. For example, my home country New Zealand or in Nigeria, and do a tournament there too.”

To Kiesel, Polo has been a way of life. When asked to describe her love for the sport, Kiesel exclaims, “it is difficult to say”.

Polo has many facets that appeal to her. Like, the ponies, the ball game, the teams, the lovely country surroundings-- all the ingredients to cause complete addiction.

The highest point in her career, she says, “would have to be playing in Katsina in front of the Emir of Katsina, playing well and winning our league. The Emir asked to be introduced and I was brought before him. He was very charming.” 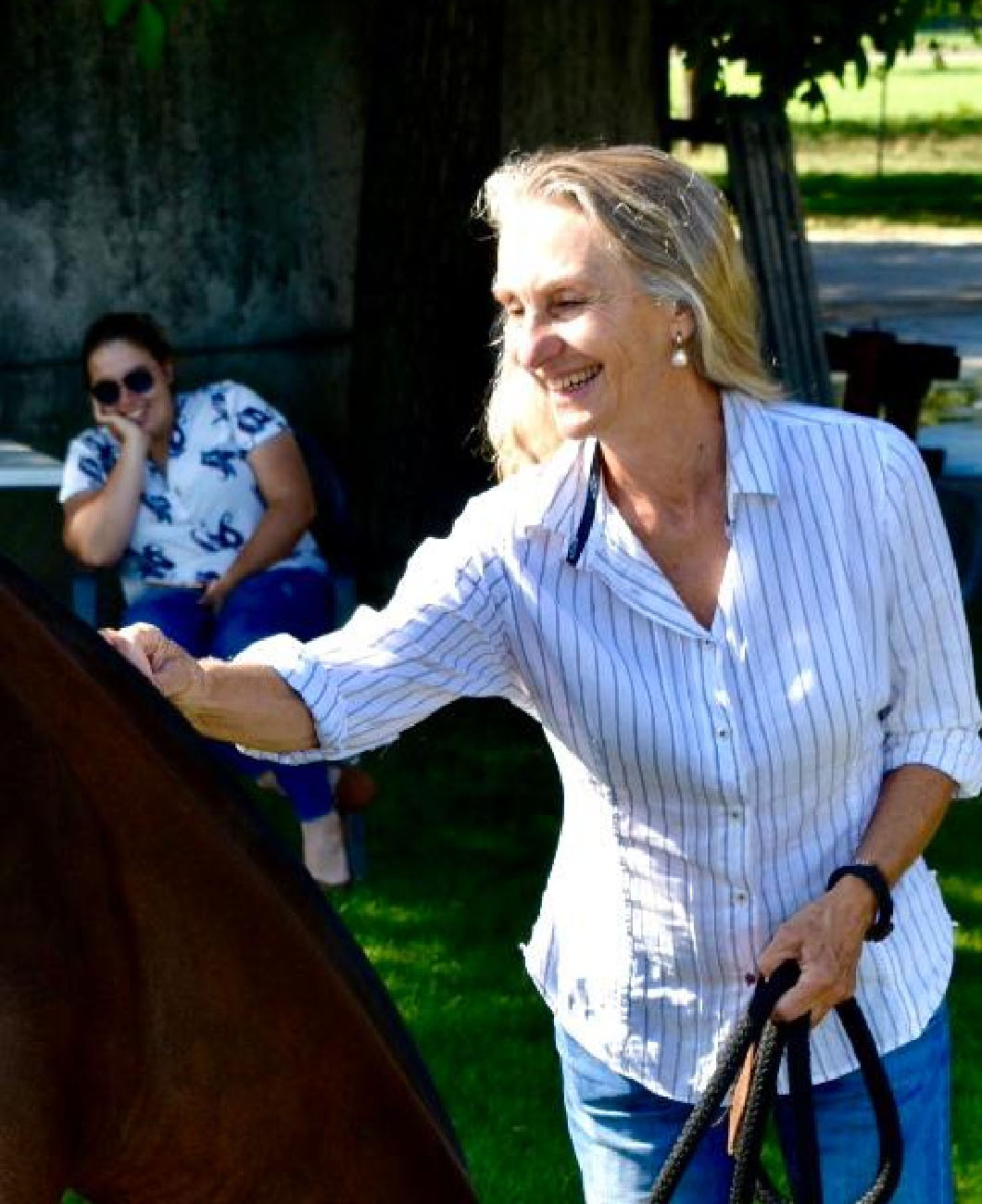 After playing Polo, forming a club and representing her country, Kiesel is now well known as the voice of Polo. How did she discover that she would love to be a polo commentator?

Kiesel says that her commentating started in Nigeria for the children’s chukkers at gymkhanas. “It was pure fun and the kids found it exciting.” In Germany, she found the commentaries slow and ponderous and was asked to commentate at club tournaments. “I seem to be able to transport the speed of the game into my commentary plus a bit of the drama and this has gone down well with the spectators. I have since been able to do commentaries regularly throughout Germany and in other European countries.” 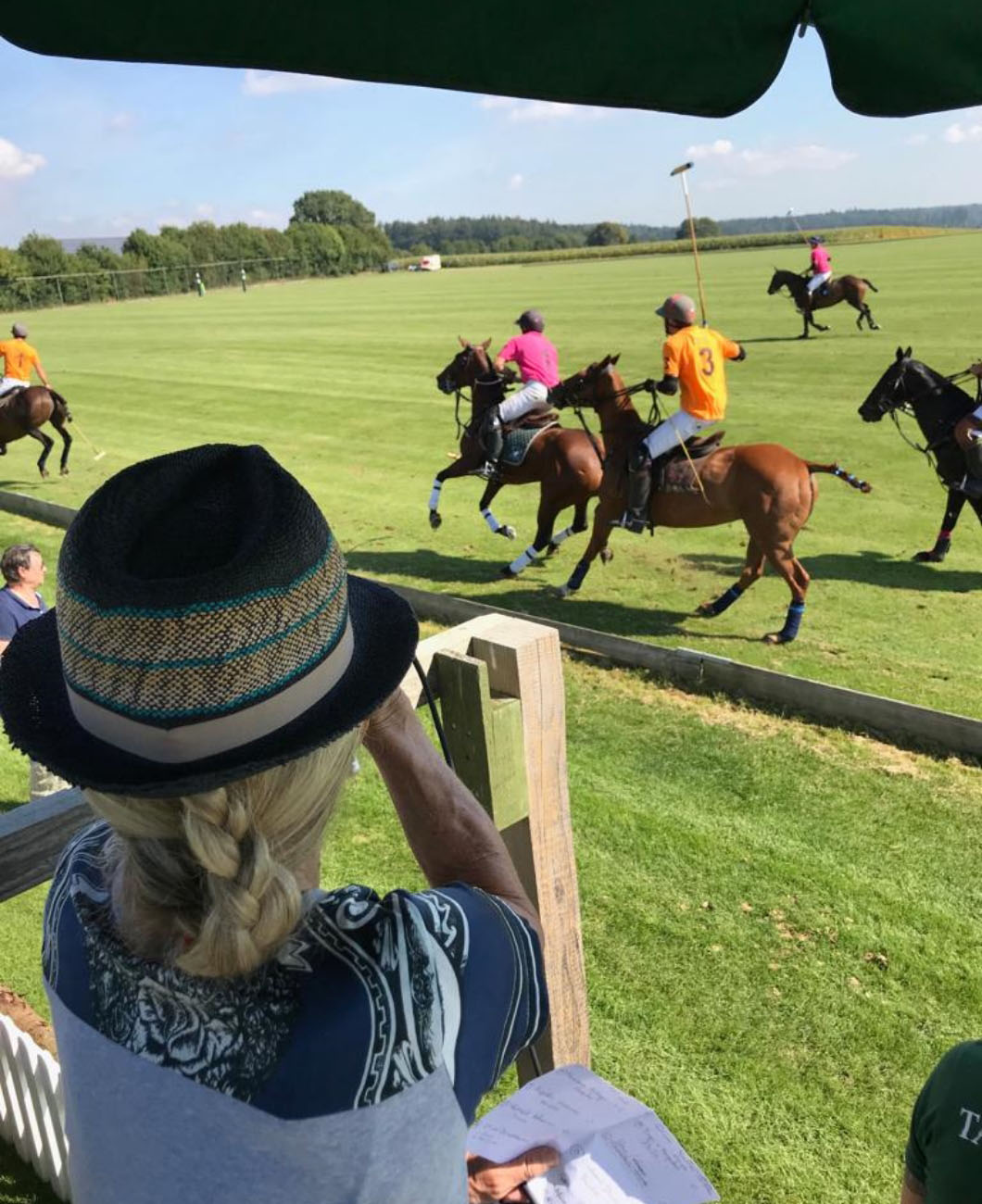 When asked how commentary is different from other sports, she says: “Polo commentating is different from other sports as many of your spectators are watching for the first time. So, you are required to explain the rules during the game, plus the handicapping system and the training required of the ponies before they can go out onto a polo field. Quite a bit to fit in during or between chukkers.” 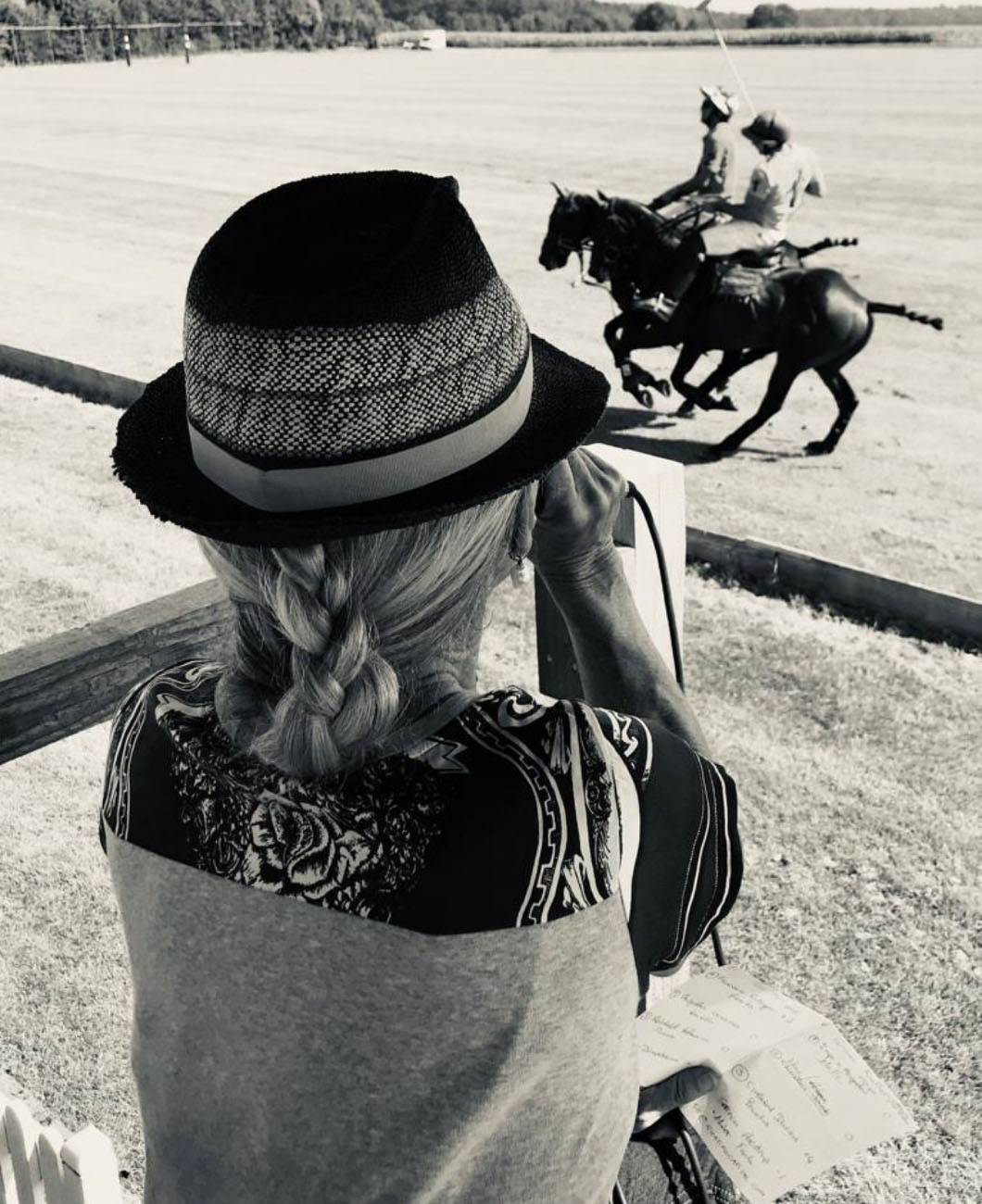 She makes notes of things, such as the colour of bandages, helmet, the look of the horse the players ride and how they ride. This way the player becomes imprinted in the mind.

She says polo commentary is a lot of fun if the game is fast. As long as the players are enthusiastic, putting all they can into the game, she gives the game the feeling of speed and drama. “I really love doing the youth games as they’re usually very open and clear, few tricks or slowing down of the game. They just play their hearts out. Pure polo passion,” she says. 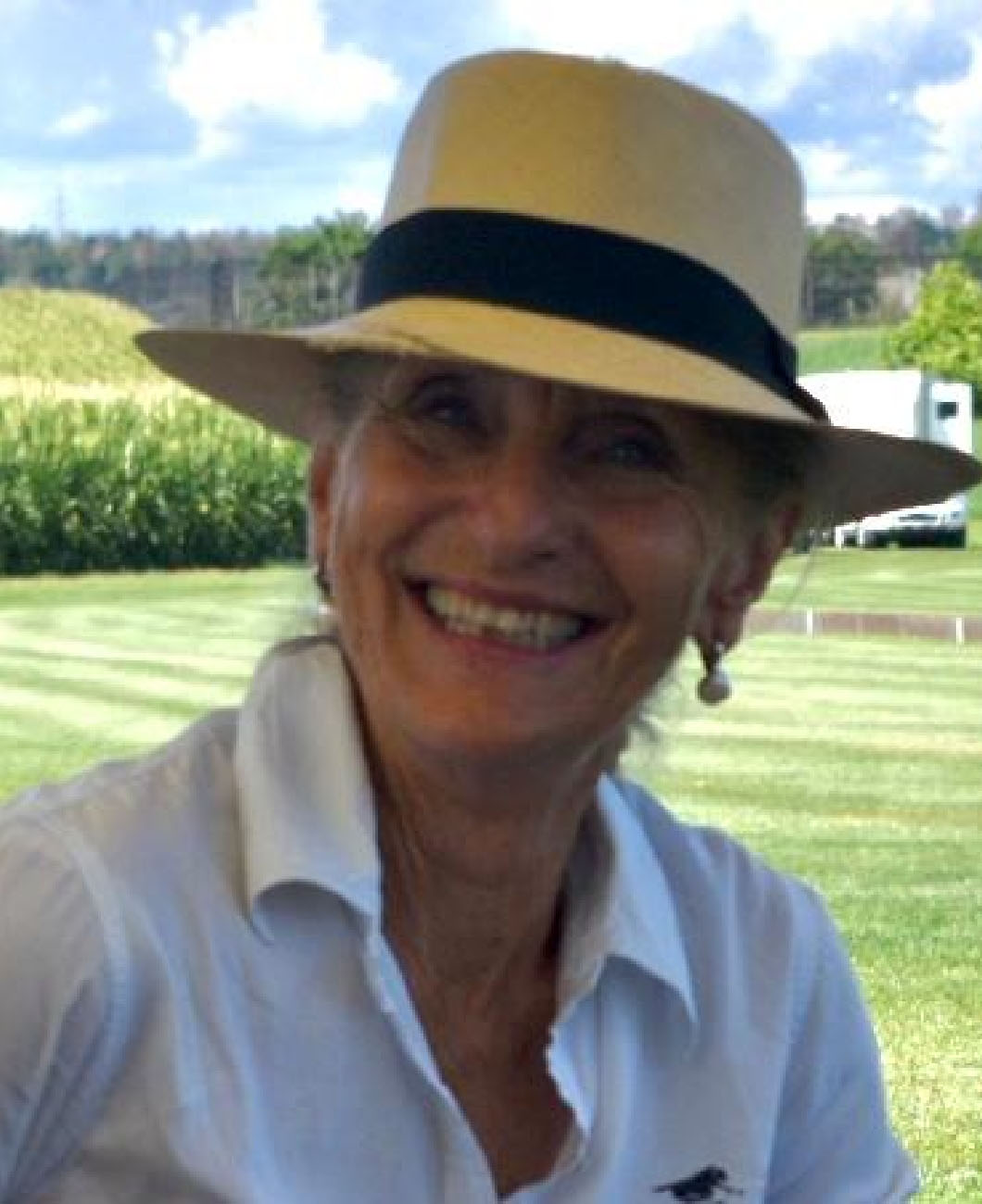 Kiesel has been the face of women’s polo in Nigeria. For a long time, she was known as “Nigeria’s only woman polo player”. Sharing her experience, Kiesel says: “I was always wanting to be as good as my male colleagues and do my best for the team. Not let the side down, so to speak. However, I wasn’t really thinking of ‘empowerment’. I’m a New Zealander and a keen horse woman, so it just seemed natural and logical to play after introducing my husband to the game.”

Kiesel left Nigeria in 1991. Until then there had not been great growth in women’s polo, but the important thing was that the potential was there. “These days, I’m sure there are a good number of women playing.” 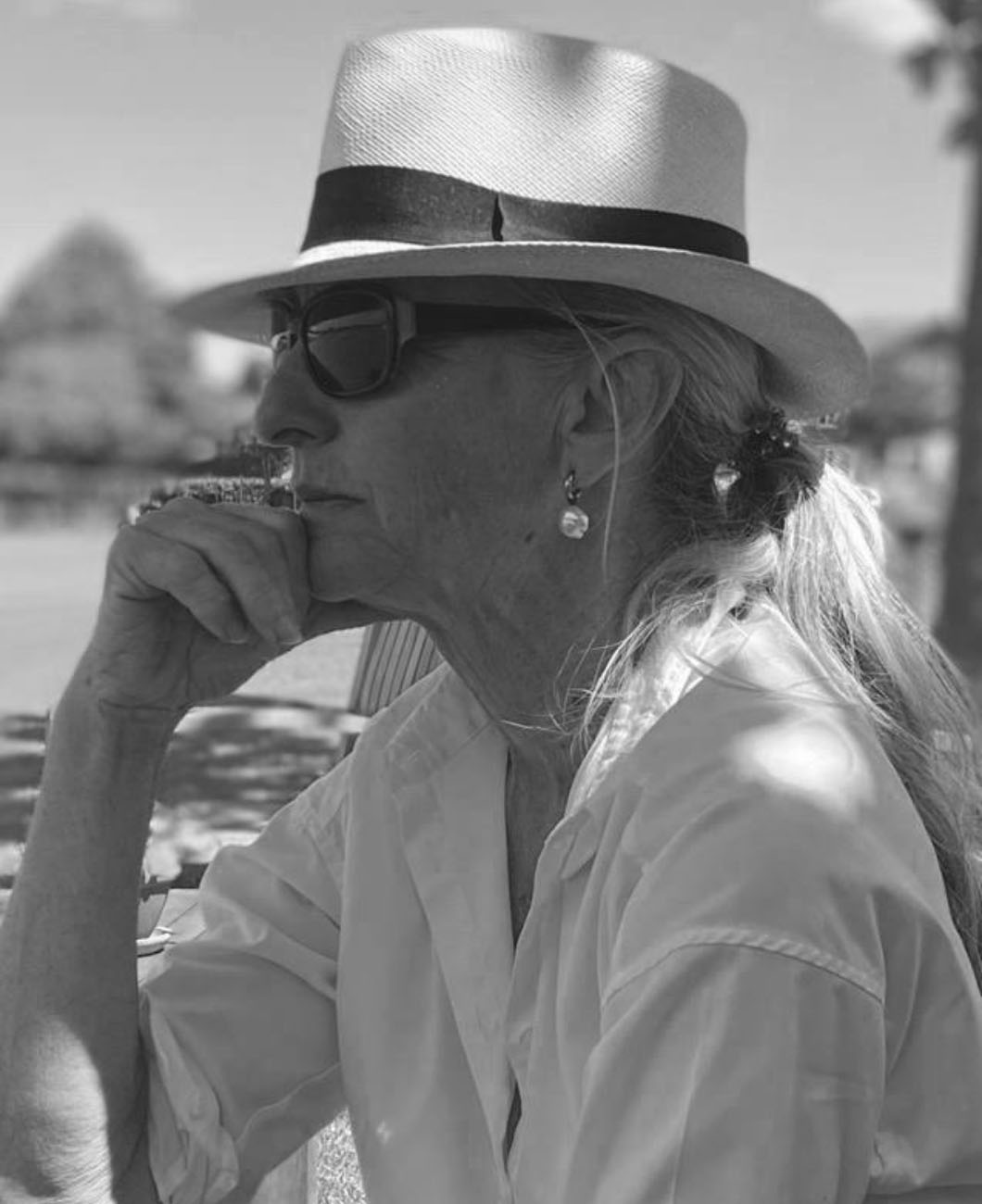 Kiesel has been to Manipur that hosts the Women’s International Tournament every year. Sharing her experience on being at the world’s oldest living polo ground, Kiesel says: “I was in Manipur in 2012 with the German team captained by my husband. I was reserve, and was able to replace our injured player for one game. It was an honour and a privilege to play on these grounds.”

She adds: ‘To play on Manipuri ponies is a different experience. And most of the players remain excited about that. I had less problems adapting to them. I’m small and light so they felt perfect for me. In fact, the famous polo trainer, Regie Ludwig, who was accompanying the Thai team, came to me after the game praising my riding."

Kiesel founded the Landsberg Polo Club. Talking about the club and its success, Kiesel says: “My husband and two sons were fanatical polo players, so with me, we were four players with my daughter playing occasionally and helping with the conditioning of our ponies. We just thought it would be convenient to have the club close by and not have to transport ponies to the next club. That’s how we established the Landsberg-Ammersee Polo Club, with our philosophy of promoting low goal polo, and became one of the largest polo clubs in Germany. There was always plenty of work with two major tournaments a season and three fun tournaments open to all players sharing positions if they didn’t have enough ponies for a single place…. One of our sons, Christopher Kiesel, is manager and trainer at Polo Bern in Switzerland and, apart form commentating, he is our major link to active polo these days.”

Your favourite polo move?
A well-executed ride-off. It is very beneficial for the team.

Favourite polo pony?
Pretty Society, a thoroughbred, bought at the racecourse in Germany at 3 years. She was fabulous. We retired her, she had never been lame and was always ready to give that bit extra.

Favourite polo player?
Difficult. Probably, my husband who was a super back but then closely followed by my two sons, Marco and Christopher.

A memory to cherish?
Doing the co-commentating in Manipur. It was an enthusiastic spectator crowd and a special atmosphere.

Best place you enjoy as a polo commentator?
Manipur, but after that perhaps Luisenlust in Hessen Germany. Also, a great crowd.

If not polo and horses, what would you do?
Golf.

How many polo ponies you have?
We had up to 11 ponies at one time. Now I have none.

Advice to the younger lot?
Find a good instructor and never stop learning.