Did You Think You Knew Everything About Polo Mallet?


Well riding a horse is not the only thing you need to know about polo. Using a mallet is not a midnight’s work, in fact, a skill determined with specific techniques in the game. The mallets have been reinvented and are the backbone of polo.


The stick with which the ball is hit- more commonly the mallet.
Its all about the length and the weight according to your strength, that you choose your polo stick, well know the mallet,And maybe, maybe if you remember this,

Polo will be your every time bliss
All forms of competition requiring demanding and specialized skills from both, the horse and the rider, resulted in the systematic development of special polo equipment which is the polo mallet. They say if in anyways you are related to a polo player, then the first thing you give in your kid’s hand is a polo mallet. A walking stick to be able to train on foot. It is believed that If a polo stick breaks during a game it is a sign of inefficiency.

The polo stick was an important motif in Islamic heraldry and the Jukandar Polo Master was a popular official in the Caliphs' entourage. The polo stick appears on Chinese royal coats of arms and the game was especially a part of court life in Chinese culture. Polo mallets were of shapes which would appear curious to the current players. In ancient Iran, different from its present-day L-shaped structure, they had heads in the shape of an arc or even straight with equal length on both sides of the shaft. In Japan and in Byzantium, for example, the sticks carried racquet rather than mallet heads. And as mallet technique evolved from dribbling the ball while leaning over the pony’s neck to full swings taken at speed, the advantages to well-mounted players became clear. 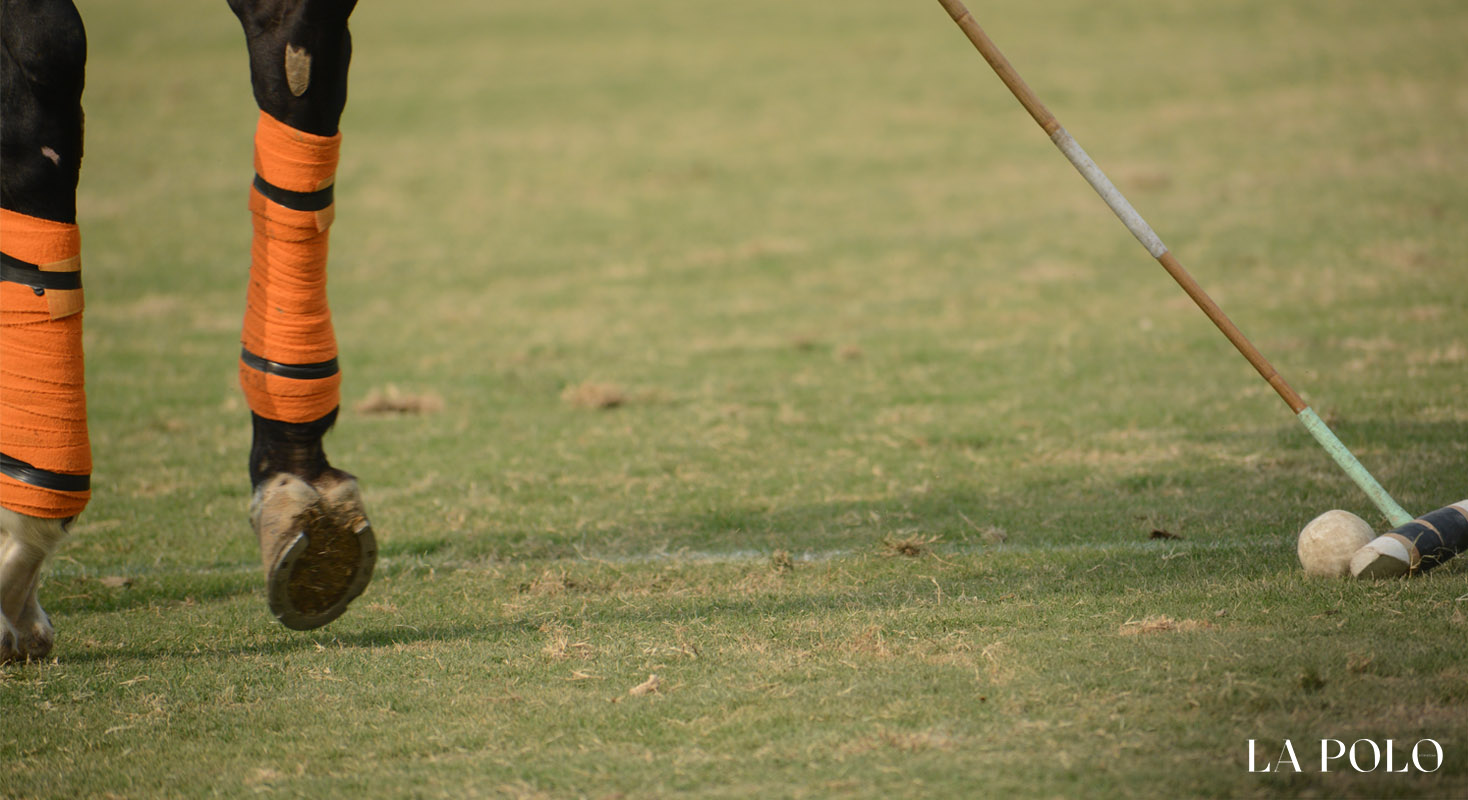 The mallets have reinvented and re-established with greater efficiency over years. The new version of the mallet has its own history. Soft-faced polo mallets have a long history. Boxwood and leather varieties were used by silversmiths in the distant past. However, today’s soft polo mallets, which may have heads of rubber, coiled rawhide, or plastic usually mounted on handles of hickory, have much wider applications in the polo.

I imagine that the two forms of polo, the orderly game, and the exercise and dynamism of the skill in horsemanship and in the playfulness of the stick, existed side by side for some time and that both account to a perfect polo game and a win situation. The backbone of the game undoubtedly remains the horse and the player but the second serve goes to the mallet. The hammerhead tool whose sole purpose is to get your ball in the goal. While getting yourself a mallet what are the considerations you keep on priority? What according to you is a perfect mallet? 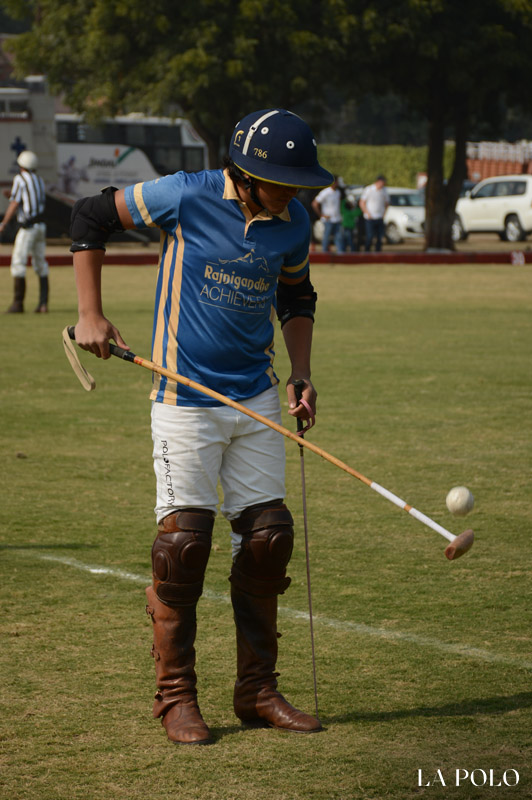 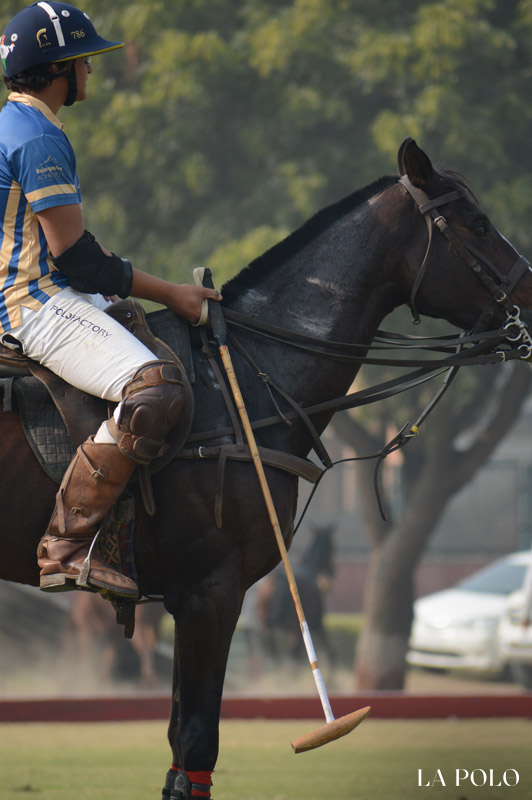 THE PERFECT MALLET DIMENSIONS
There are generations of polo stick and diversity in its quality and effectivity. A player should be careful enough to choose a polo mallet for himself.

The polo mallet head is generally made from a hardwood called tipa, approximately 9​1⁄4" inches long. The mallet head weighs from 160 g (5.6 oz) to 240 g (8.5 oz), depending on player preference and the type of wood used, and the shaft can vary in weight and flexibility depending on the player's preference. A cigar-shaped head made of hardwood called tipa, usually 9¼ inches long. The weight of the polo mallet head is highly considered by professionals and due attention is paid on the preference of players and the type of wood used. Considering both these factors, a typical head weighs from 160g to 240g. The length of the polo mallet is a matter of importance. It should be exactly 2 feet 6 inches. Even shorter than this may be used with advantage; but if longer, the upper end will be found an impediment - by coming into contact with the arm of the player, and thus destroying both the aim and impetus of the blow. Variable lengths of the polo mallet typically range from 127 cm (50 in) to 134 cm (53 in). For some polo players, the length of the mallet depends on the size of the horse: The taller the horse, the longer the mallet so you don’t forget to get it according to your horse. Women usually opt for light weighted mallet to swing it higher and drift it hard. 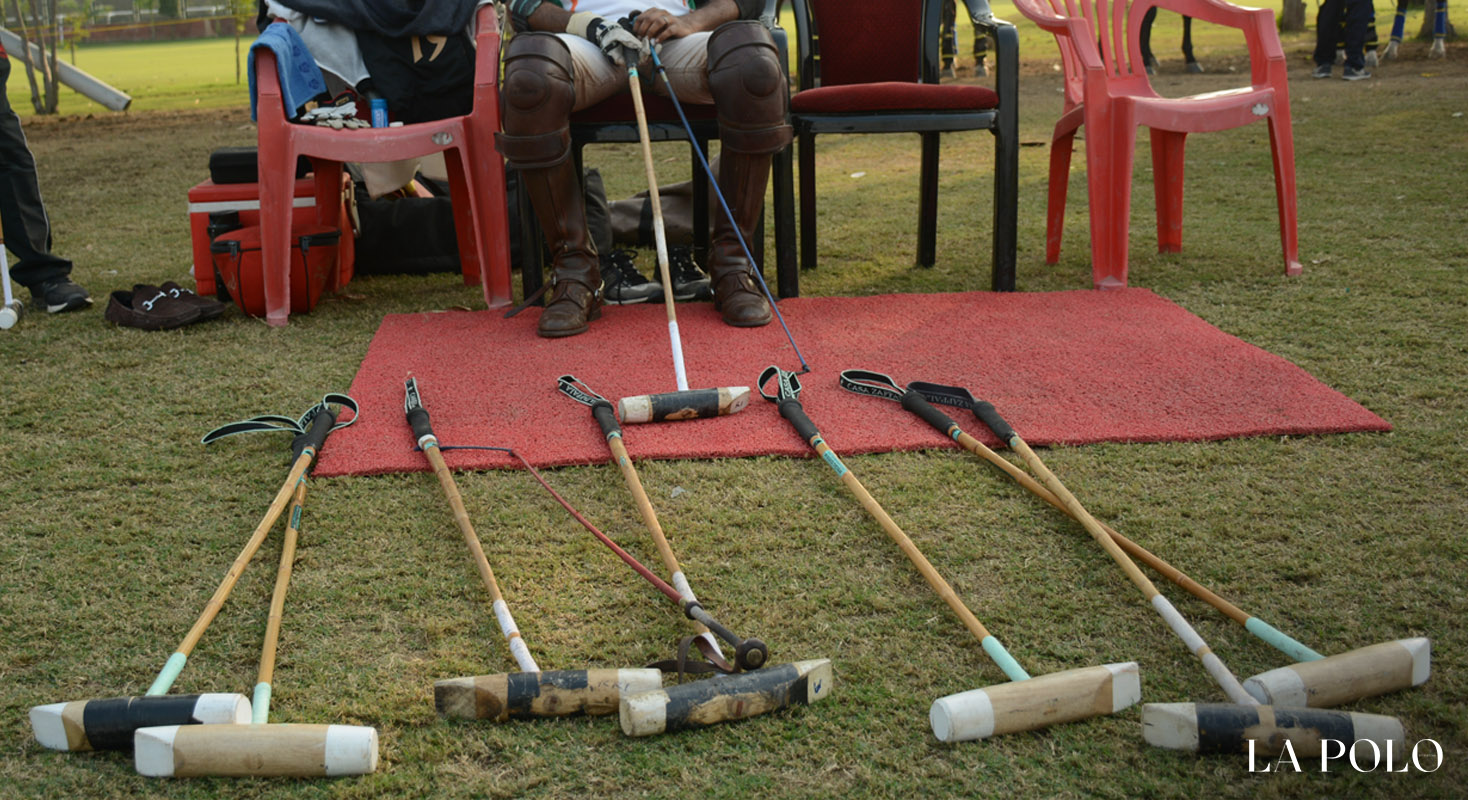 BUYING A NEW MALLET FOR YOURSELF?
The principal thing is to avoid buying a polo stick that is whippy towards the handle. A most prominent defect that can ruin any stick in your whole lot of the collection. The commonly used polo stick is the one that ranges from fifteen ounces to one pound; however, the weight of the mallet is a good deal matter of preference. The back of the mallet should have a heavy stick for distance and the light one for quickness and expiditiousness. While you're off purchasing mallets, care should be taken to get absolutely straight sticks and to see that the handle of the stick to the head is always the same. To measure this a model angle can be marked somewhere on the wall and every stick verified so as to preclude the possibility of variation in this important particular.

These sticks are of Malacca and bamboo and have an outer shell which cracks in perpendicular slits. The flat sides to the handle of the mallet are far preferable to round handles. Flat sides parallel to the head enable the rider to recognize the feel of the handle when the mallet is swinging true, a distinct advantage so that you can focus your vision on the ball. When a stick is secured that suits perfectly, it is a good plan to weigh it accurately and register the weight, and then balance it and register the point at which the mallet balances. While selecting, notice the weight and balance simultaneously as mentioned above of the stick that has proven to be the best approximately. 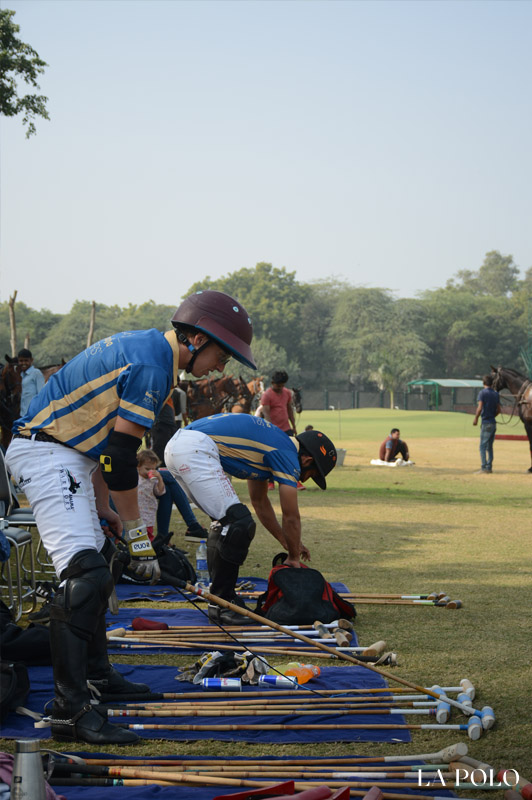 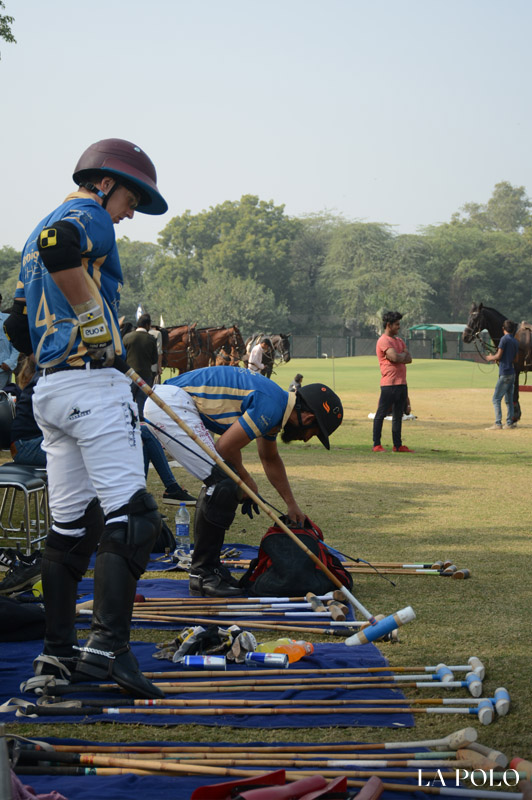 AND YOU THOUGHT YOU KNOW THE ART OF HOLDING THE MALLET
The art of holding the mallet is not something you learn in a day or two. An incredibly strenuous task, as much perplexed to ride the horse that dislikes you. And yet the mastery is the road to success. The place where the mallet first begins to weaken is usually the part where it is inserted into the head. The reason for the above is that the stick goes out at this point because the ball when struck is likely either to be bouncing up so as to hit the stick just above the head or perhaps the mallet is swinging a little bit low, bringing the round of the ball against the stick. Once the shell of the mallet is racked the stick loses its strength and the head begins to twist.

There are two ways of reinforcing the winding:
The first one is in which all polo players should insist on, and that is by reinforcing the stick at the point above the head with a little strip of metal, preferably steel, curved enough to fit the curve of the mallet and placed under the winding also used for the same purpose, namely protection of the stick at that point. Two such metal strips should be provided for each stick, one to catch the front strokes and the other to catch the backstrokes. The strips should go about one-fourth around the tick and should extend about 3 inches above the head. The other way to protect the stick is to wind it with the rubber bands-small circles of round rubber, of which they lace from three to six at intervals around the stick over the winding and immediately above the head to catch the impact of the ball.

Holding your stick at full length, not letting any part of the handle project beyond the level of your hand’s palm. It's mostly three or four inches visible beyond a polo player’s hand. Which I mind you are wrong; for if you hold your stick in the manner, the swing of the forward motion in the drive would, on the rebound consequent on the head of the mallet meeting the ball, bring the projecting part of the former against your wrist, and so not only gives you a nasty jar, but deprive the blow to be administered to the ball of half its force.

Hold your stick firmly, yet allow your wrist plenty of play and avoid those abominations, leather straps attached to the end of the polo sticks. They are well supposed to prevent you losing your stick, they certainly fulfill this object. The other one that they hold onto is; that if by any means your mallet get caught you cannot release your hold of it, and are liable to be dragged of your pony.