The bitterly cold weather of Jaipur has two matches scheduled for the day to bring the heat back. Match 1 is booked for the Cavalry Ground, to witness the fight between Equisport and 61st Cavalry at 1:30 p.m. Match 2 will be hosted by the RPC, which will have Rajnigandha Achievers go against Krishna-Polo Heritage at 3:30 p.m.


The first chukker at the Cavalry Ground started when the umpire rolled the ball. The players dived in to get the ball. We had the first goal in favour for Team Equisport bagged by Mitesh Mehta bringing the scoreboard to 1-0. Soon before the chukker ended we had the second goal for the chukker by Vandit Golecha. The score at the end of the chukker reflected as 2-0.


The game hopped into the second chukker with a goal by Dhruvpal Godara changing the score to 3 for his team. Both the teams are in good spirit and Vishal Chauhan welcomes the goal for 61st Cavalry. Dhruvpal Godara taking over in no time maintains the lead by getting another goal for his team. The lush green carpet seems to welcome the first tournament of the Jaipur Winter. We have another goal by Anant Rajpurohit. This brings us to the end of the chukker with equal goals- 2 all.


The third chukker is now rolling and we have the very first goal for the chukker by Vandit Golecha. The teams are fully charged and the ponies are galloping with the speed of light! And we have two back to back goals by Dhruvpal Godara , a brilliant player making it heavier on the scoreboard for his team. We had no goals for the chukker by 61st Cavalry At the end.


The last chukker is into action. Vishal Chauhan brings in the goal in favour for 61st Cavalry. Dhruvpal Godara is ruling the match and excellently backing up his team , gets two goals back to back ! The ball is rolling in favour for team Equisport as Mitesh Mehta bags another goal. The chukker end with a brilliant strike by Capt .Mrityunjay Singh getting the final goal for the match. The victory for the match is booked in the name for team Equisport.


Match 2 The umpires for the match will be Abhimanyu Pathak and Vandit Golecha.


The game has started with the roll of ball. Vishal Singh takes over the ball but is quickly snatched away by Emillio. Pacho picks up the ball and the ponies are gathered at the center of the field. 2.19 minutes are gone for the chukker and we have the first goal for Rajnigandha Achievers by Daniel Otamendi. The score is now 1-0 , in favour for team Rajnigandha. We are into halftime for the chukker. The game has resumed after the short break and Daniel gave it a punching shot passing it over to Pacho who brilliantly makes it go across the goal post getting the second goal for Rajnigandha Achievers. But Asvini compensates it for the team getting the first goal for his team. This brings us to the end of first chukker.


The second chukker is welcomed by an equaliser by Emillio, changing the scoreboard to 2 all. Daniel takes the lead and passes the ball to Kuldeep who bags the third goal for Rajnigandha Achievers. Emillio hits the ball who is followed by Daniel but Ashivini makes a good turn but the ball rolls out of play. The ball is rolling on the ground again and we have a goal by Daniel bringing us into the halftime for the chukker. The game resumed with Ashvini getting the goal for his team. Yogeshwar gives it a strong backhand followed by Pacho collecting the ball and passing it to Daniel who effortlessly taps the ball through the goalpost wrapping up the chukker. 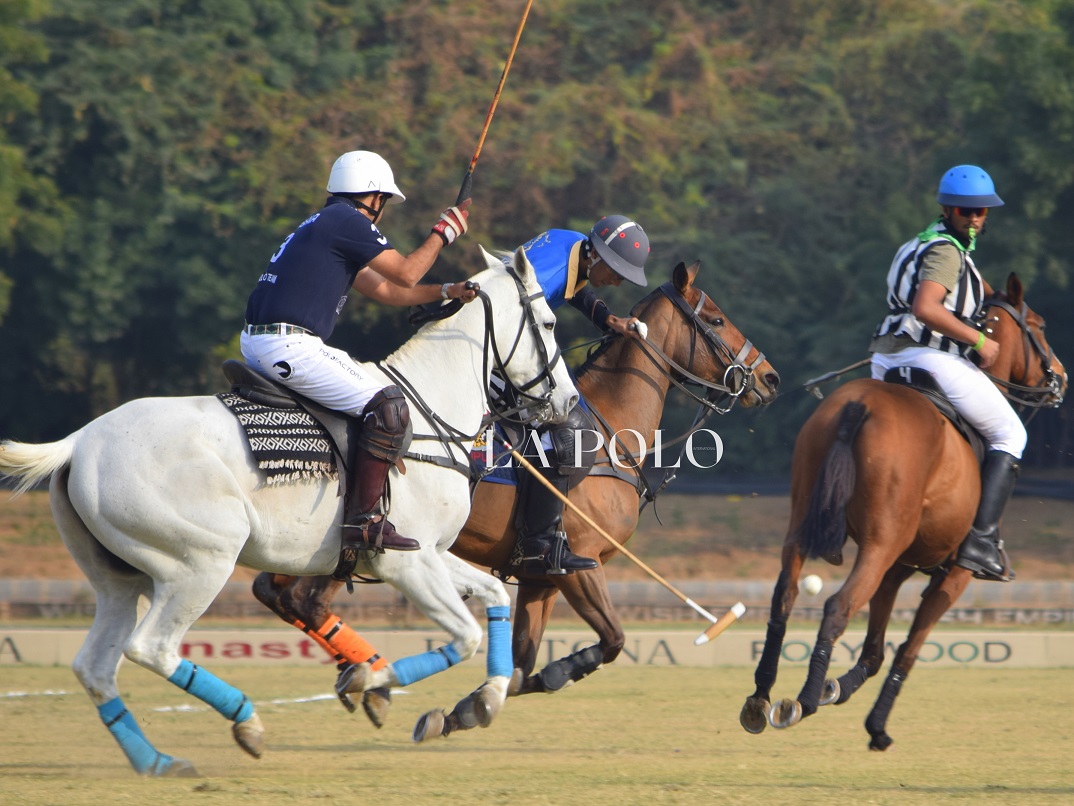 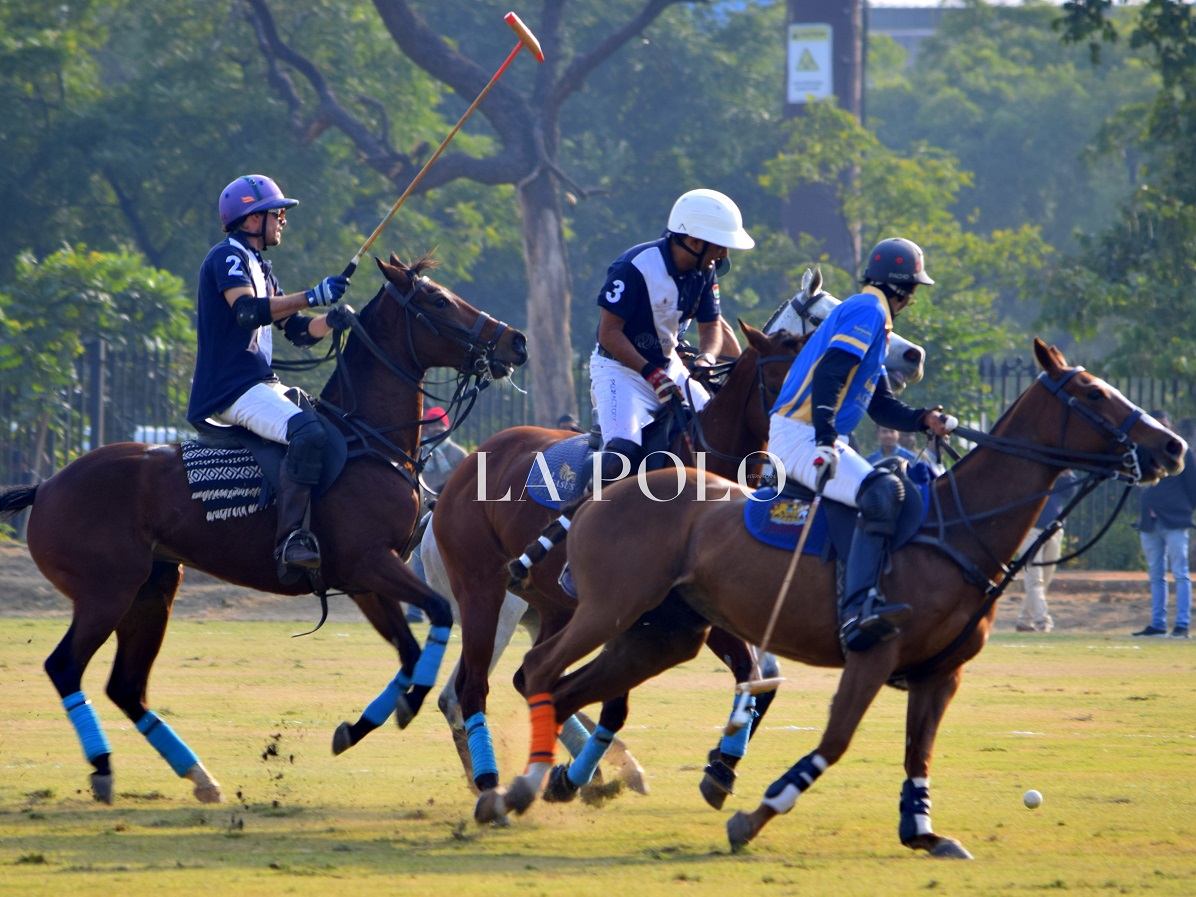 The third chukker starts with the sound effects of chilly cold breeze conspiring with the big green trees. The first goal for the chukker is bagged by Daniel Otamendi . 1.45 minutes are gone for the chukker and Emillio strikes it towards the goalpost successfully getting the goal. And we have a big round of applause from the audience as Kuldeep gives it a booming shot getting the goal ! The ball is rolling, again taken over by Kuldeep getting the other goal in his favour ! Pacho reaches for the ball moving it forward towards the goal post but unfortunately we have the white flag indicating the missed goal. This ends the third chukker.


The fourth and final chukker starts with Emillio taking the charge followed by Pacho. Vishal makes a good run but the ball rolls out of play. 3.07 minutes for the chukker are over and we have no goals till now. We are into half time for the chukker. The game has resumed and Kuldeep Singh hits the ball, flying it over the ground taken over by Emillio, but we have the hooter and Rajnigandha Achievers gets the win. 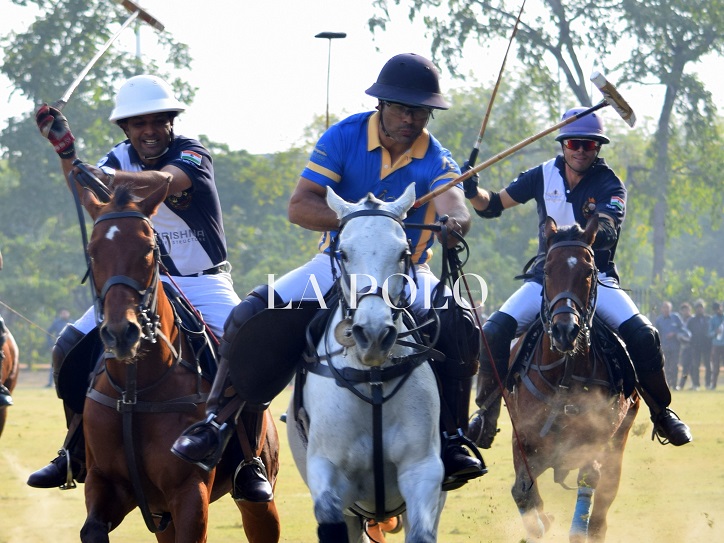