Polo ponies and their evolution over time

While the term pony makes it sound like the horses used in polo would be small and young, the term is a reference to their agility rather than their age or size


It is a bright morning. Mild rays of sunlight fall directly on the green expanse of land fenced on all sides. Beyond the fencing, an enthusiastic audience waits in the stands for the thrill to begin. Soon enough, the green expanse begins to be filled by the music of hooves. As the horses come galloping in, the space that was till now in silent anticipation of a game, bursts out into cheers and applause…

There was a time when polo had not developed into an organized sport that required certain skill sets. At this point, huge groups of men could be found riding ponies in an attempt at what can today be called the earliest version of polo. The beginnings of the game were fairly chaotic, but a healthy pony was as important for the game then, as it is now. In earlier times, small, hunter-type ponies were preferred for the game. With time and developments in the sport, larger, faster and small thoroughbreds became the favoured mounts. Bringing mallet technique into the discussion, what began as dribbling the ball while leaning over the horse’s neck, gave way to full swings at a high pace. It was with the change in this technique that a well mounted player came to seen as imperative. 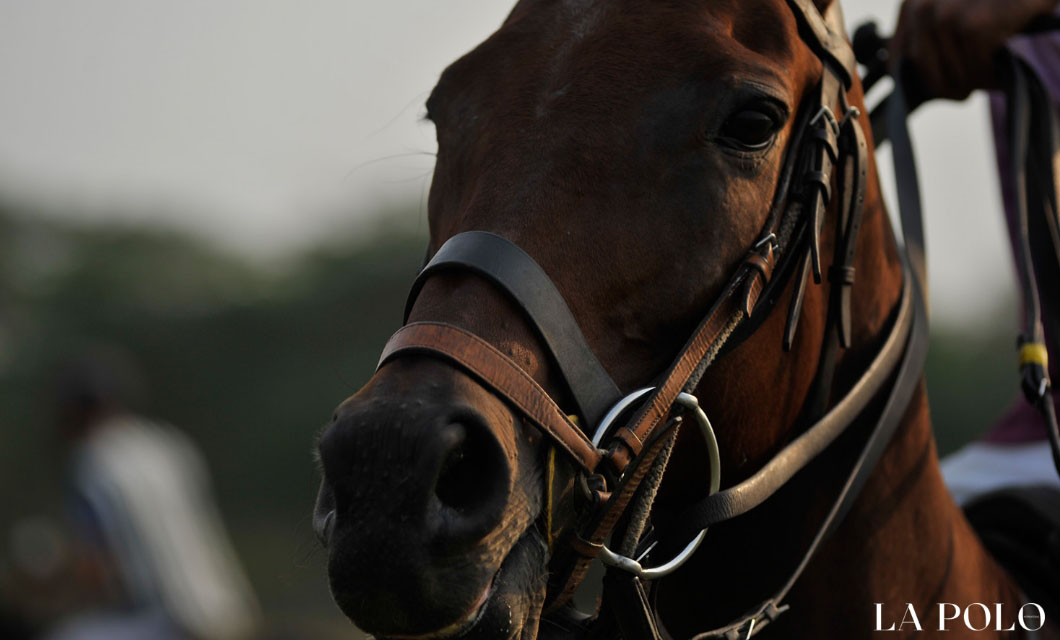 Early in the sixteenth century, 13-hands was the standard height of a polo pony. Back in the late 19th century, the Hurlingham Polo Club, in-charge of setting rules for international polo, set a limit to the height of ponies to 14 hands. While, later in 1895 it was increased to 14.2 hands, the restriction was entirely done away with in 1919. Currently, even though horses over 16 hands are a common sight, most polo ponies stand around 15.1 hands.

Ideally, the best ponies are the ones that exhibit the qualities of speed, stamina and agility. With time and training in the sport, ponies usually become greatly responsive and intuitive. They develop a calm temperament, channelizing it into focusing their energy on the game. In an attempt to have the best quality horses, thoroughbreds are bred with quarter horses in the US. Likewise, in Argentina, the land of some of the most brilliant and successful polo players, thoroughbreds are bred with the local Criollo horses. While the term pony makes it sound like the horses used in polo would be small and young, the term is a reference to their agility rather than their age or size. In India the most popular breeds include mountain ponies from the Himalayas, Manipur ponies from the Manipur region of the country, and the Arabians. The most common in Australia are the Australian Stock Horses. 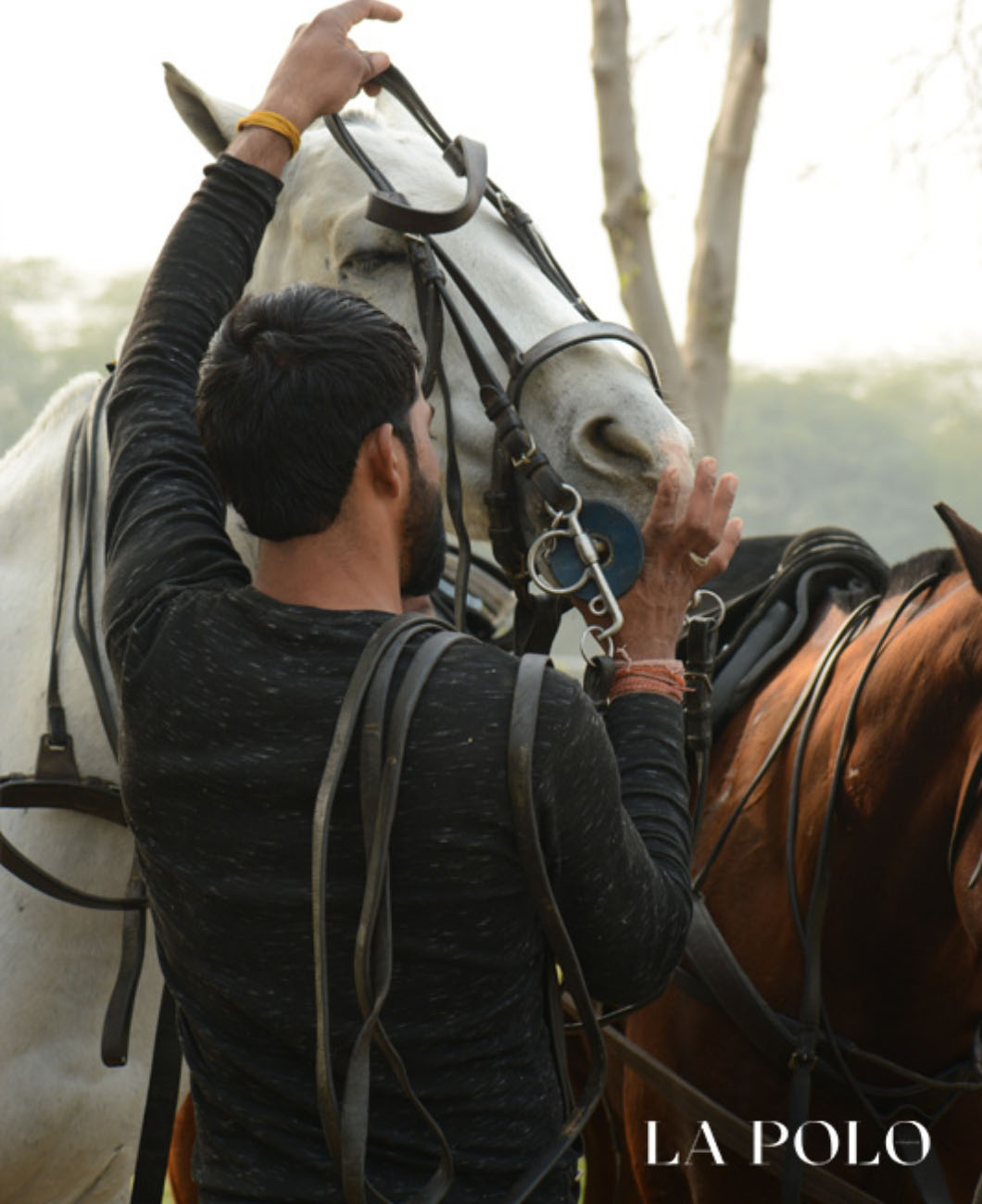 Polo ponies need a good amount of training and conditioning for them to be able to step onto a polo ground for even a single match. Apart from the physical and mental training, their manes are roached and tails are braided so as to prevent casualties, since the manes and tails are likely to be tangled in the mallets. While training of polo ponies for stamina and agility is a significant aspect of polo, looking after the ponies under professional supervision makes for the other significant aspect. A great example of groundwork of excellent quality in this respect is the Farriery Institute at Dundlod run jointly by the Flying Anvil Foundation and the Indigenous Horse Society of India, offering professional courses for farriers in India. The institute is a great step towards ensuring the overall health of ponies under the guidance of professionally trained farriers. 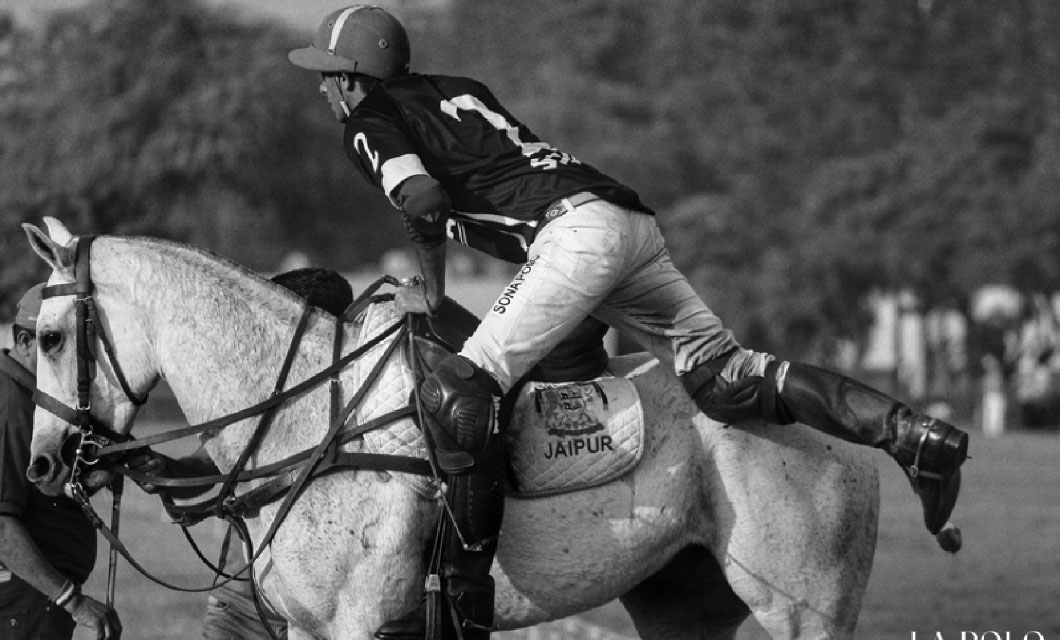 The training of polo ponies is a rather elaborate procedure which usually begins at the age of three and lasts for a period of six months to two years. During a polo match, chances of ponies bumping into each other are high. Likewise, the pace of the game is so high that balls and mallets tend to swing close to the heads of the ponies. Training of ponies includes a regimen that prepares them for such activities, since without proper training they would be too scared for them. The training of the ponies takes into account the agility and pace of the ponies. Matches require them to turn and follow the ball in every possible direction it goes to, so their physical strength is looked after well during the training period. 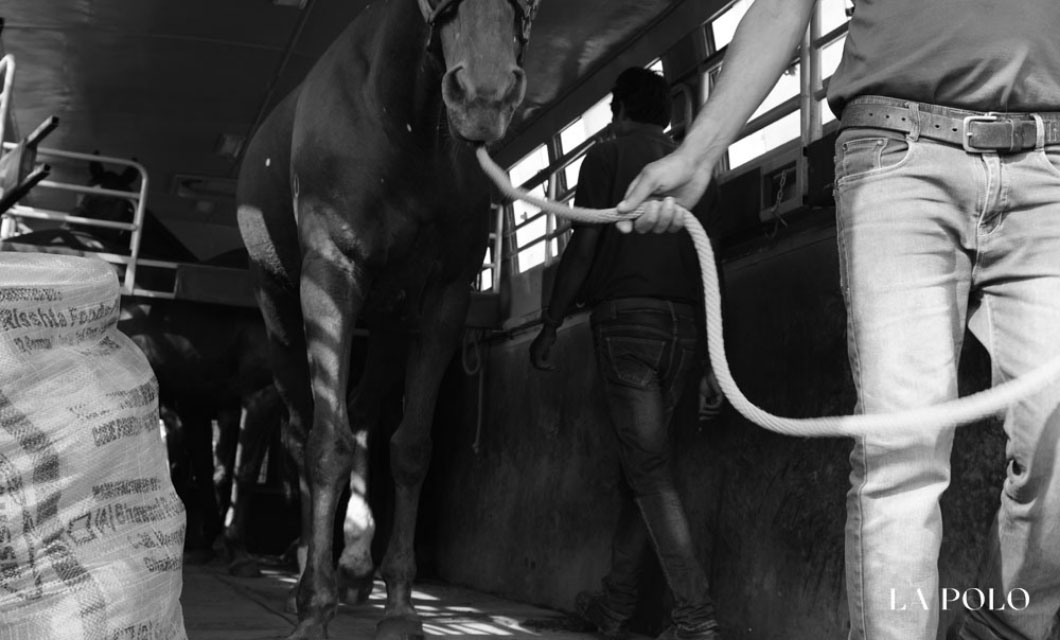 In India the breed that is considered the best is the Manipuri polo pony, also known as the original polo pony. This was the breed that originally served as war ponies in the cavalry of the kings of Manipur. Interestingly, the emphasis on the superior quality of the Manipuri pony comes from the fact that the kings of Manipur were feared throughout Upper Burma for their military prowess.

The Manipuri Pony has a rather interesting story behind its creation. It is believed that when the ancestor of the Manipuri pony, a sacred winged mythological beast called Samadon Ayangba, had its mane and wings cut off, the Manipuri pony was born. A certain sacredness has always been associated with the breed, owing to which it is never used as a transport horse or a work animal. Its prowess is believed to lie in its role as a cavalry mount or a sports pony. If the physical appearance of the breed is taken into consideration, then its Asiatic Wild Horse and Arab Ancestry becomes apparent. It is this very ancestry from where it gets its intelligence, toughness, and endurance from. While the Manipuri Pony has been greatly revered within the polo fraternity, today the breed is facing a danger of extinction. But the Manipur Horse Riding and Polo Association have been making efforts to prevent the extinction of the rare breed, having established a stud farm housing 130 of them.

It is a fact widely known that a player is only as good as his pony. The pony a player is riding during a match decides the success of the match to a great extent. These qualities of a polo pony work towards building an emotional attachment between a player and his pony. When it comes to recognizing polo ponies from among all other horses, it becomes important to realize that the present-day polo ponies are the result of close to a century of breeding and genetic selection. The very first polo horses inhabited the Pampa region and had Spanish and Berber origins. These were the species that gave birth to the Criollo horse of Argentina, with an unmatched endurance and ability to adapt. Today, thoroughbreds are the most preferred by most high-ranking players for their speed and agility. They weigh close to five hundred kilos and have immense muscle power. At the same time, they are fast runners and move with a great amount of dexterity. These qualities are what make thoroughbreds coveted within the polo community. According to records, in Argentina close to 3,000 foals are born each year. Generally, they begin competing at the age of five and go on playing until the age of twelve. It is widely believed that mares have a softer temper and are built better, as compared to male horses. Owing to this, a great majority of polo ponies are mares. The temperament of a pony is vital to the success of a match. During a polo match, the pressure on a pony is as high as it is on a player. Under such circumstances, it becomes important for the pony to have been trained well to keep calm and not be difficult to control.

People outside the fraternity of polo players and enthusiasts have a misconception that polo contributes to the mistreatment of horses and takes an unduly advantage of their skills and speed. But the truth is that ponies are best treated at polo farms, and live healthier and happier lives. The grooms assigned to a pony at a polo farm are professionally trained to look after horses. Here, unlike anywhere else in the world, ponies are fed superior quality food at the right time, their physical and mental health is looked after with utmost care, they are given potable water from time to time, veterinary appointments are a usual routine, and the ponies are treated with love and compassion by their grooms and the polo players they are assigned to, alike. It is a fact that polo ponies live longer lives than other horses in general. Most importantly the training of polo ponies for the high-speed polo matches that are loved the world over, is done under professional supervision and is absolutely safe for the horses. It wouldn’t be wrong to say that polo farms are places where ponies are not just reared and trained, but are nurtured, the goal being to have the healthiest, happiest and the most skilled polo ponies resulting in the brilliance that polo has always been known for. 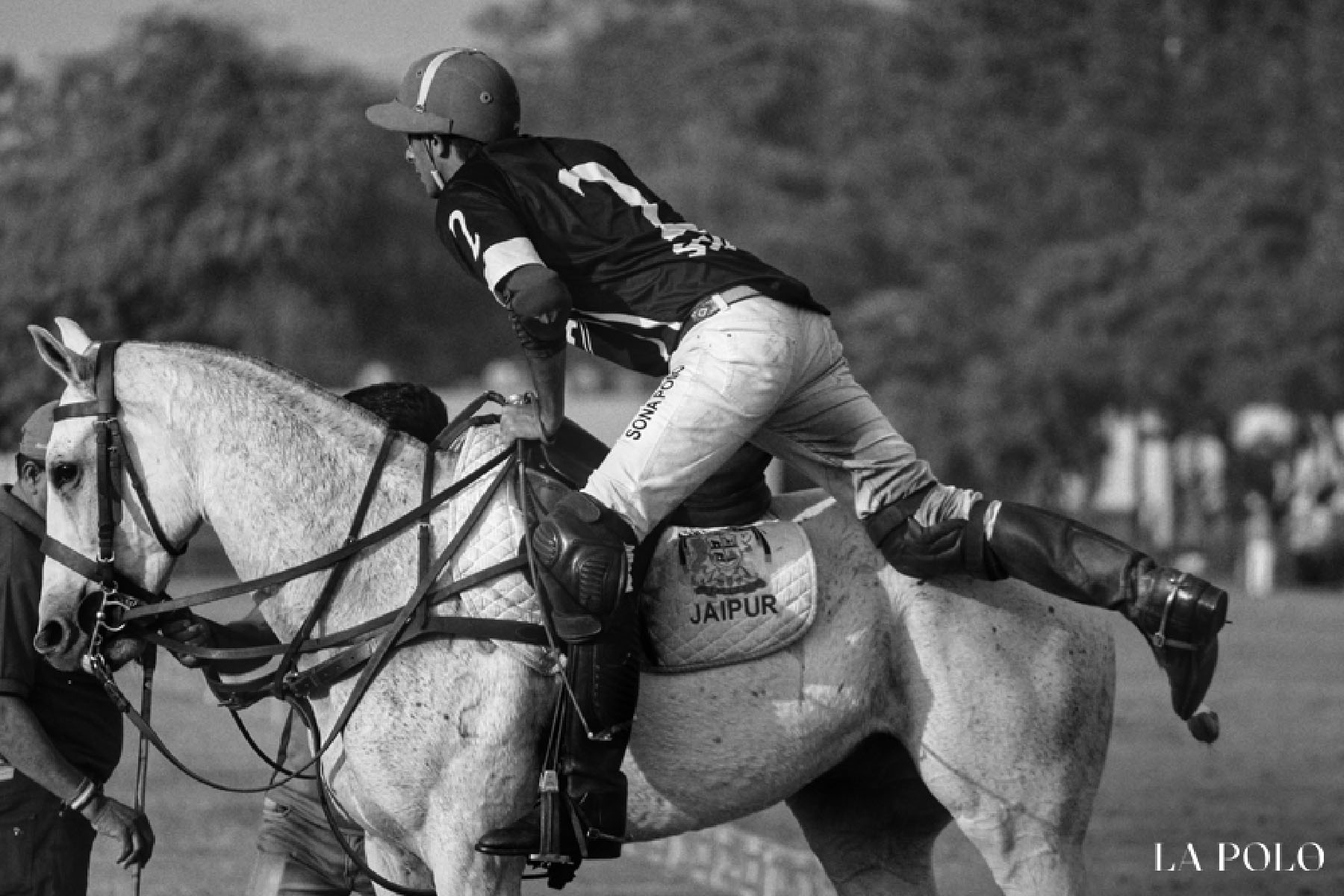