LA POLO brings a detailed insight to the polo world


A number of polo tournaments are back on the field after beating the hardships of the Covid 19. With proper preventive measures and limited or no spectators, the games are doing a round across the world. Here's a quick insight:

First up on the Cartier Queen’s Cup semi-finals bill was Les Lions/Great Oaks versus Thai Polo (rec 2 goals). With only a couple of minutes left in this semi-final and the scores ready 8-8, jeta pushed Les Lions ahead 9-8 but it was not enough of a margin to be comfortable. So when Tommy Beresford fired through a penalty extra time was imminent. This was equally fast and furious, only for Barto Castagnola to fire through a golden goal in the seventh chukka to secure this team’s dream ticket to Sunday’s Cartier Queen’s Cup Final, winning this match 10-9.
The second semi-final for the Kerry Packer Trophy was a very different affair. Andrey Borodin’s Park Place were aiming for their third consecutive Cartier Queen’s Cup Final – they are yet to win the trophy – and their determination was evident from the first whistle. They were 5-0 up after two chukkas and David Paradice’s Scone Polo, last year’s winners over Park Place in the final, looked outclassed. Scone Polo had impressed in many of their games but today they struggled to find their form to peg back an in-form Park Place.
So Sunday at 3pm has all the hallmarks to be a thrilling contest featuring Park Place v Les Lions /Great Oaks. 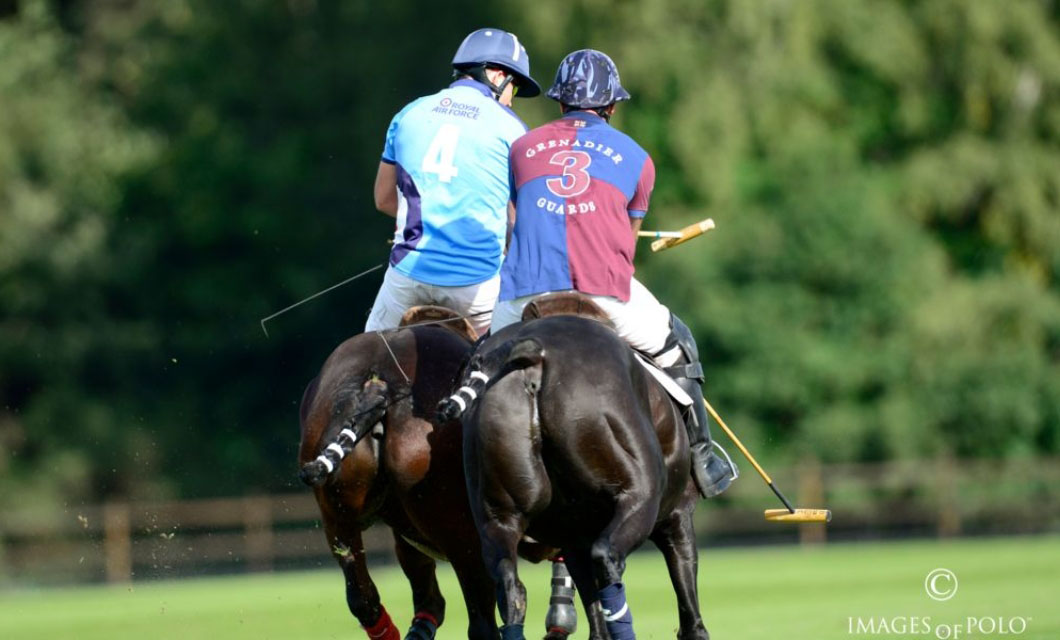 A week full of competitive action was held at the Crawford Cup. Commencing from August 11, Quatervois Polo/AFB defeated Tashan Polo by 11-3, Mad Dogs/Conosco beat Porto Ronco by 6-5 and Cuervos
Negros got the better of Tashan Polo by 5-3. The semi-finals are scheduled on August 20 with subsidiary Final and Finals scheduled for August 22. 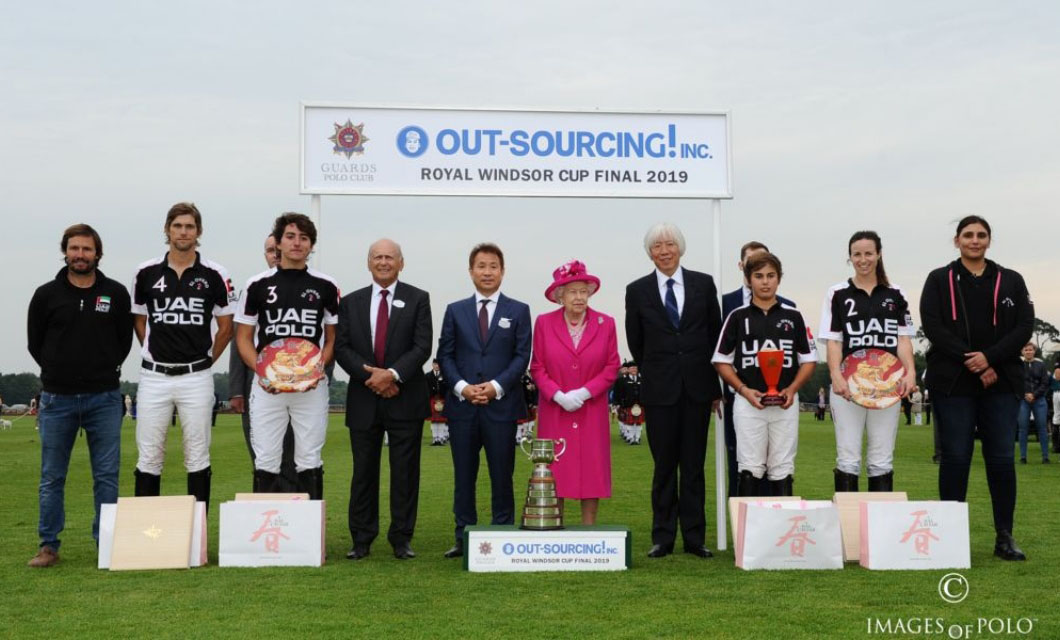 The Out-Sourcing Inc. Royal Windsor Cup kicked off from August 12, with Shoreline defeating Casa La Vista Ibiza by 6.5-5 on ground Zacara. Thrilling matches followed up the week as Four Quarters Orange dominated Kilnwood Park/Golden Falcons by 11-2 on the next day.
On August 14, three enticing matches were held. Bardon Polo Team defeated Emlor Black by 8-6.5, Polo Performance beat Shoreline by 8-7, Ainsley Saddlery got the better of Mad Dogs by 10-6. On August 16, Four Quarters Orange defeated Emlor Red by 8-7. Another exciting week is anticipated with the semi-final and subsidiary semi-final scheduled for August 28 and Final and subsidiary Final scheduled on August 30. 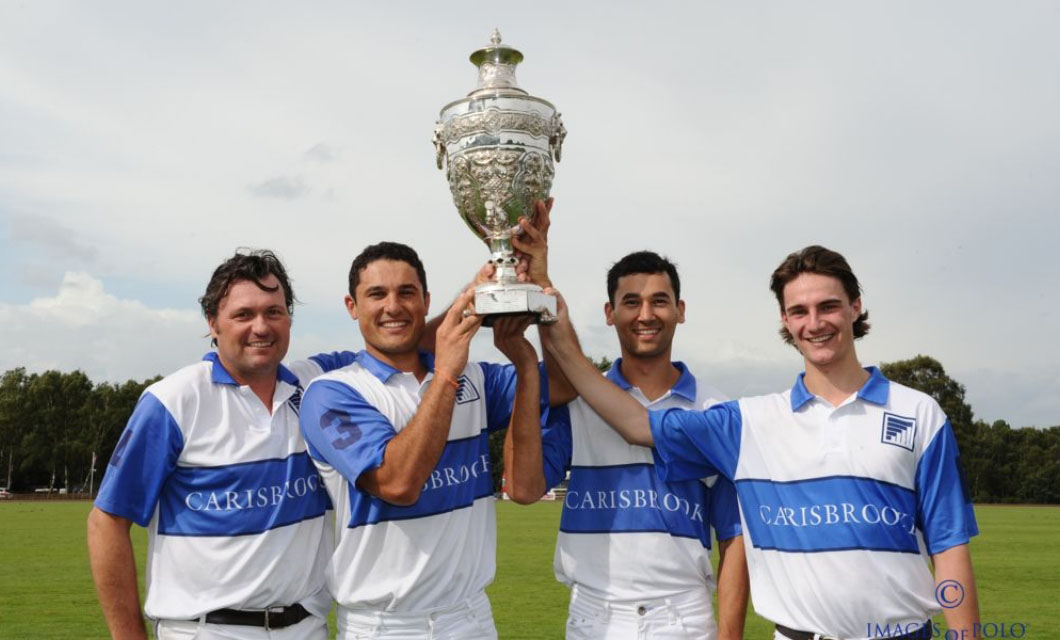 The Town & County Championships began from August 15 with Conosco defeating AFB by 6-5 at Ground 6 and Tex8n Polo beat Cuervos Negros by 7-5 on the following day action at Ground 4. Quatervois Polo/Leander will take on Mad Dogs on August 19 and 9 Stitches will challenge Tex8n on August 20, as more exciting matches await the week. The semi-final and subsidiary semi-final is scheduled on August 27 and the Finals and Subsidiary Final clash will be batted on August 29. 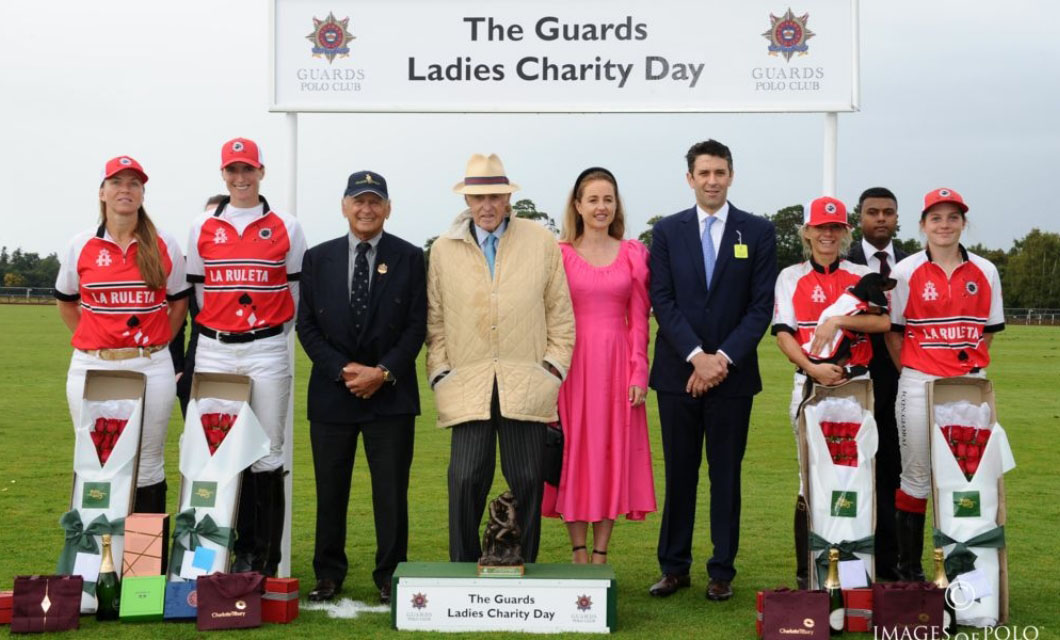 Polo 2020 Guards Ladies Charity Polo 2020 is set to commence from August 18, with two matches scheduled for the day. Claremont Family Office will take on MJVH Polo and Coombe Place will challenge Park Place. On the following day, Tarantula will take on Tex8n Ladies as a full action packed week will be awaited. The semi-final and subsidiary semi-final are scheduled on August 29 and final and subsidiary final on August 31. 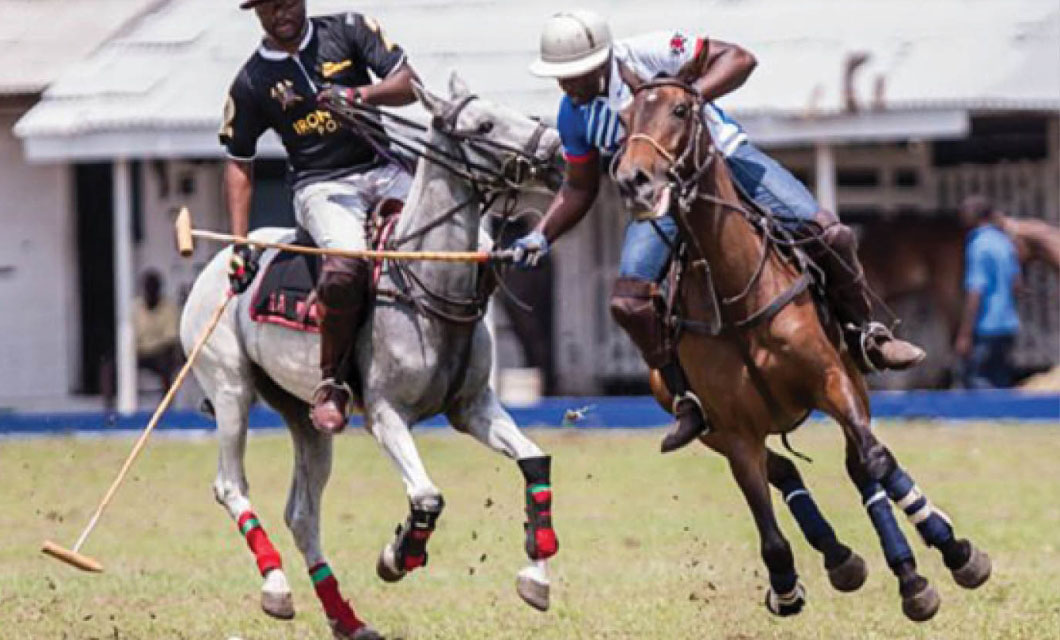 Polo action will be resumed for the concluding leg of the season at the Kano Polo Club and at Keffi Polo Ranch in Keffi, Nassarawa State. Other major polo clubs like Kaduna, Zaria, Port Harcourt, Ibadan and the Guards Brigade Polo Club in Asokoro, Abuja will also be opened for practices to help their horses back. All sporting activities are presumed to be opened across the country soon by the Sports Ministry.

Carfactory conquered the German Polo Championship by claiming a 10-6 victory over Riller & Schnauck. Horacito F Llorente & Santi Marambio were the top scorers with four goals each. Maraca Caesar Crasemann was named the BPP of the tournament and BPP of the final was given to Overo Z7 Santi Marambio. Lukas Sdrenka was awarded the most valuable player. 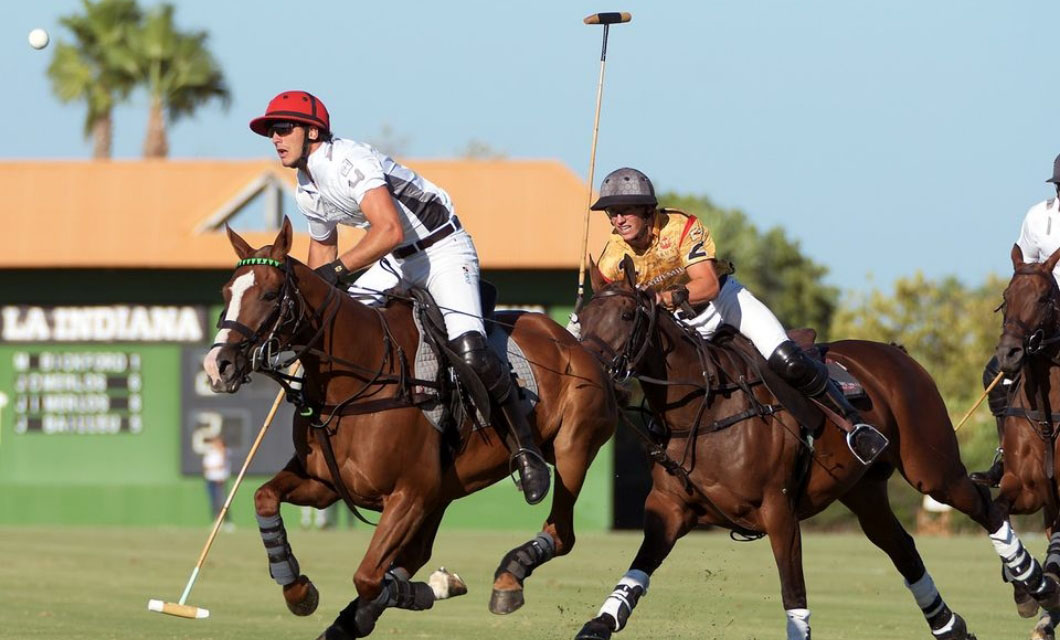 Eagles and Fray Guen Indi are set to face each other in the final of the ISOLAS Silver Cup 1892 Handicap 4-6; the semi-finals had in the first match Santa Quiteria defeating Biarritz Wine Art by 8-7 and in the second, Fran Guen Indi ending with victory over Isolas for 10-6 on August 14.

Following these matches, Mansion-LaLigaSports won the ISOLAS Silver Cup 1892 at Santa María Polo Club de Sotogrande, after beating Sainte Mesme 10-6. The Mayor of San Roque, Juan Carlos Ruiz Boix, and the Vice Tourism Adviser of the Junta de Andalucía, Manuel Alejandro Cardenete graced the presentation ceremony to award the honors. On August 15, in the final of the Silver Cup, Eagles managed to take over the ISOLAS 1892 Silver Cup of Handicap 4-6 after defeating Fray Guen Indi in an exciting battle, 9-8. Diogo Gallego, on behalf of ISOLA, delivered the Silver Cup of Handicap 4-6 to Eagles, along with Ana Ruiz Domínguez, Counselor of the City Council of San Roque, and Rocío Gil Osset, Director of Institutional Relations of Gilmar Consulting Inmobiliario. 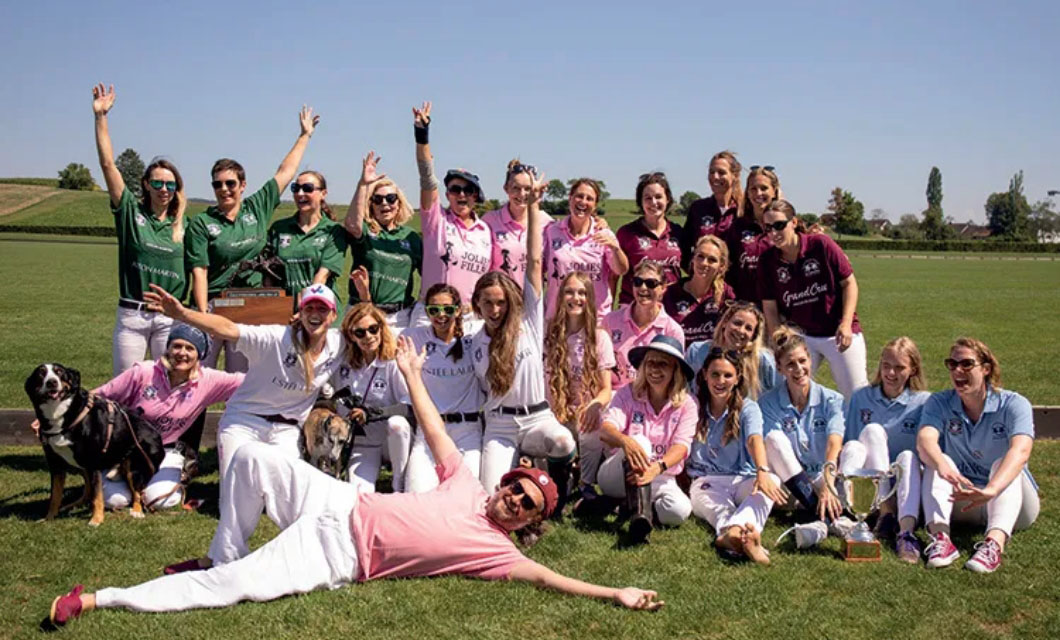 Polo Park Zurich‘s 21st International Ladies Tournament was held on 8-9th August. 26 female players competed at two levels – the Challenge League, an opportunity to play first time competitive polo, and the Medium Goal League in which two professional female players, Rebecca Walters of UK +6 and Jeanine Hugo-Menendez SA of +5 handicap supported their teammates.
On August 8, three teams played in the Challenge League for earning points in a Round Robin competition. Princes de Venoge scored 2 points as Team Jolies Filles and Team Grand Cru won 1 point each.
On August 9, Team Princes de Venoge came out on top of the Challenge League with Jolies Filles second and Grand Cru being third. Young Shiva was named the Most Valuable Player in this league.
Aston Martin‘s day got the better of Estée Lauder and conquered the prize for first place at this 21st International Ladies Tournament. Beata Dudler was awarded the Most Valuable Player in this league. Each player was presented with wine, cosmetics, gift vouchers and polo equipment. 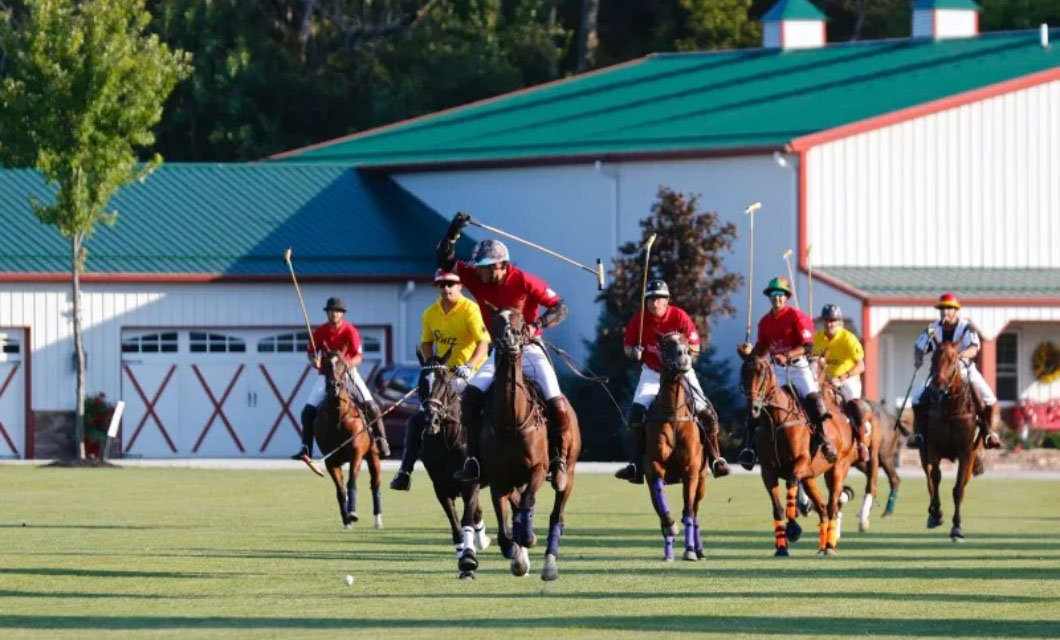 The IMPD Horse Patrol has been organising a fundraiser, “Polo at Sunset”, at the Hickory Hall Polo Club in Boone County, a family event that includes a flyover with a candy drop and exciting Polo! Chris Golightly, executive director of IMPD Horse Patrol said that City funding pays for hay, grain, bedding, shoeing the horses, basic vet costs, officer salaries, basic facility upkeep/services/utilities and trucks/trailers and the association supplements this by raising funds that support purchasing horses, officer training and travel to those classes, fences, grooming supplies, salt blocks, tack (saddles, bridles, bits), horse training aids. “Polo at Sunset” was held on August 14 to raise a portion of these funds for the IMPD Horse Patrol. 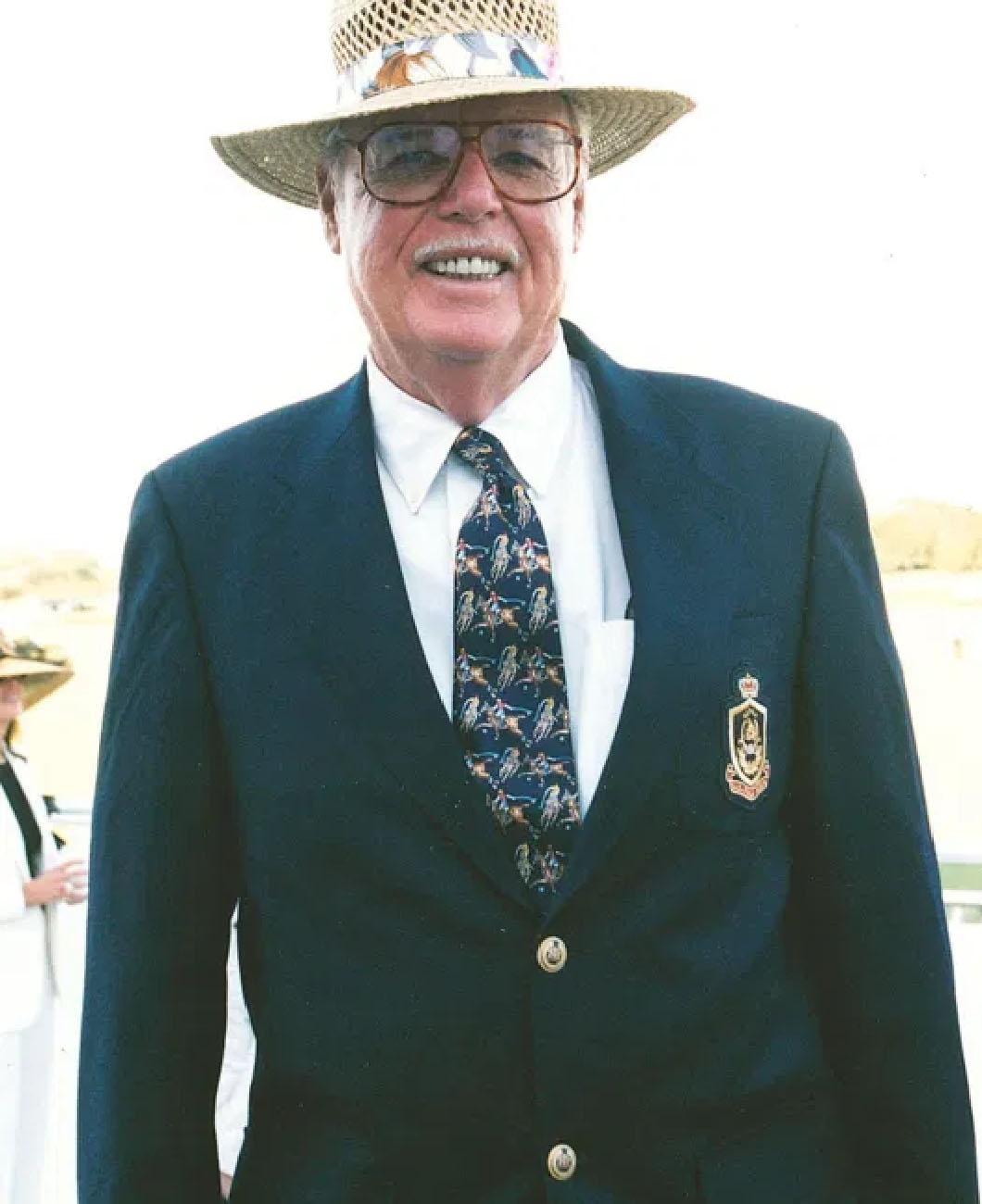 On August 7, Clint Nangle, long-time contributor and polo pony advocate, passed away at his home in Aiken, South Carolina. Born in 1930 to Jane and John Nangle in Marblehead, Massachusetts, Clint recently celebrated his ninetieth birthday on July 4.
Clint joined as a member of the United States Polo Association (USPA) in 1965 and was affiliated with the Myopia Polo Club for almost 20 years. In 1990, he became Co-Chairman of the Club Polo Committee and served on other USPA Committees. In 1992, when Florida and the Caribbean separated from the Southeastern Circuit, Clint became the first Circuit Governor. In 1995, he founded the USPA Veterinary Committee, which is now the USPA Equine Welfare Committee and served as the Committee Chair for 20 years. In 2013, Clint was honored with the Hugo Dalmar Trophy, presented by the USPA Chairman to the player who best exemplifies the sportsmanship characteristics inherent to the sport of polo. Clint was the first recipient of an award created in his honor, the Clint Nangle Equine Welfare Award, in 2014.
His first book, “Some Things Harvard Never Taught Me” was published in 1993, and “Love Songs at Harvard Sq,” a book of poems and lyrics was published in 2009. He leaves behind an immortal legacy. A Memorial Mass and Celebration of Life will be held by USPA at a later date. 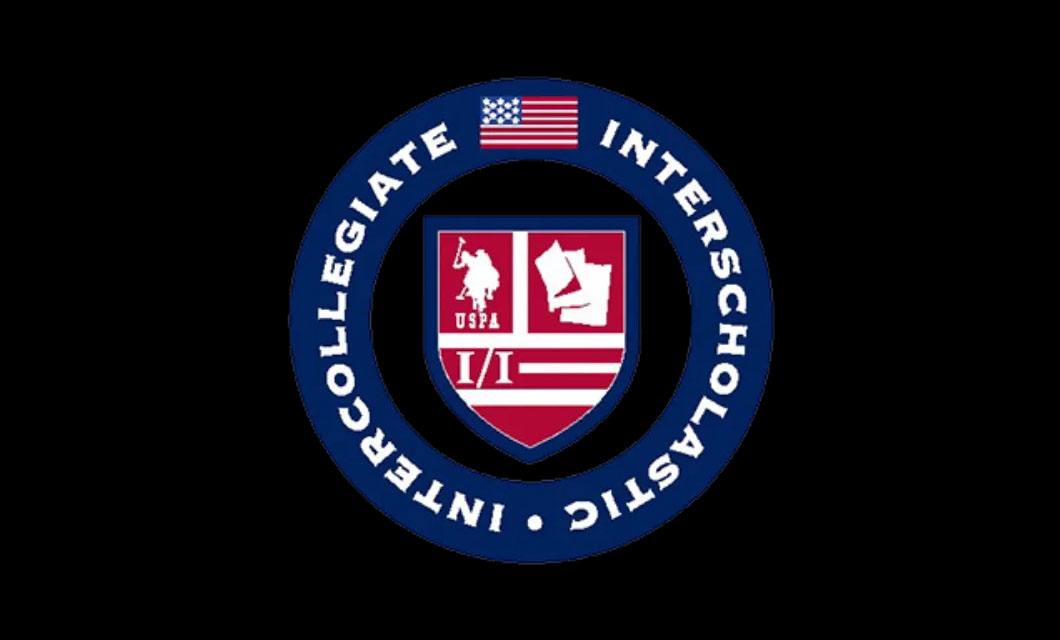 The National Host Tournament Committee cancelled both the 2020 National Intercollegiate Championships (NIC) and 2020 National Interscholastic Championships (NIS) as a concern for the safety of players, coaches, families and event staff in view of the Covid-19 pandemic. The USPA Intercollegiate/Interscholastic (I/I) Program is working and looking forward to a successful and safe 2021 tournament season. 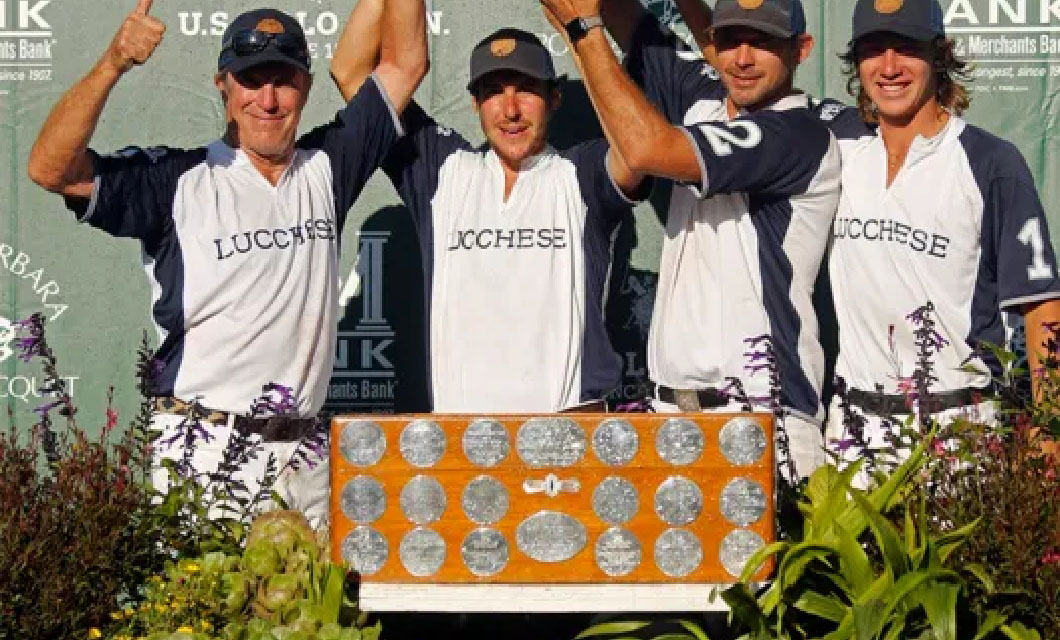 Lucchese defeated rivals Antelope in an enticing battle by 15-11 to conquer the Silver Cup Final on August 9. Last hosted by Santa Barbara Polo & Racquet Club in Carpinteria, California, in 2016, Lucchese raised the trophy in both 2012 and 2014. Nico Escobar was awarded the most valuable player and Twiggy, played and owned by Jeff Hall was named best playing pony. 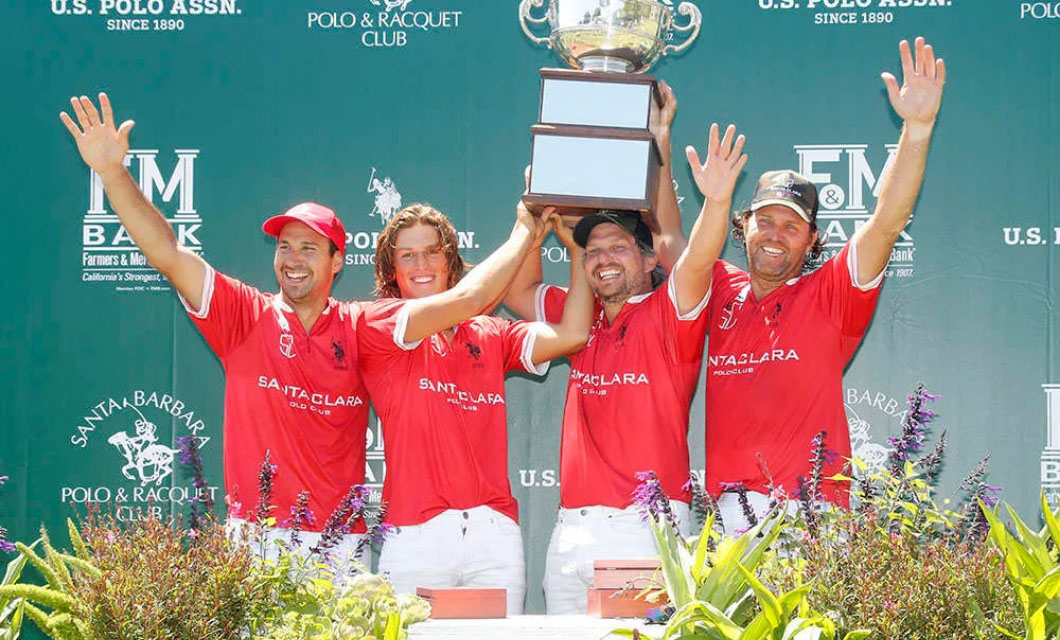 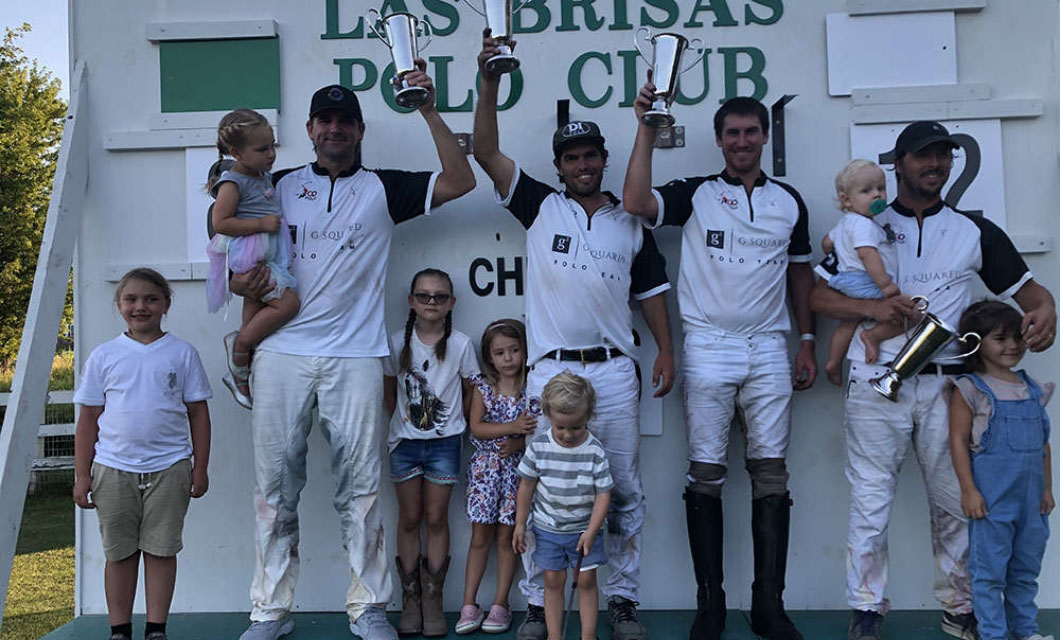 Dominating throughout the tournament in the Central Circuit Constitution Cup Chicago Invitational, G-Squared displayed its class by defeating Las Brisas 12-8 in the finals to triumph the inaugural 12-goal title at Las Brisas Polo Club in Elgin, Illinois on August 14. Juan Martin Obregon scored an impressive eight goals and was named the Most Valuable Player. Best Playing Pony was awarded to Pantera, played and owned by Juan Martin Obregon.

Adolfo and Poroto Cambiaso joined with Michael Husted of Performance Polo and the Le Page family of Polo Park Zürich and organised a fundraiser to help cover some of Argentine groom Bastian Fernandez’ disability costs. He fell from a polo horse and sustained injuries to his fifth cervical vertebra while working in Switzerland. By purchasing one or more tickets for CHF (Swiss Franc) 50 each (approximate $55 USD), you will be entered into a drawing to win a polo helmet designed and signed by Adolfo Cambiaso and his son. The draw will be made by Basti himself on August 16 at Polo Park Zürich during the Swiss medium goal tournament and all ticket sales will go to Basti, without any deductions or admin fees. 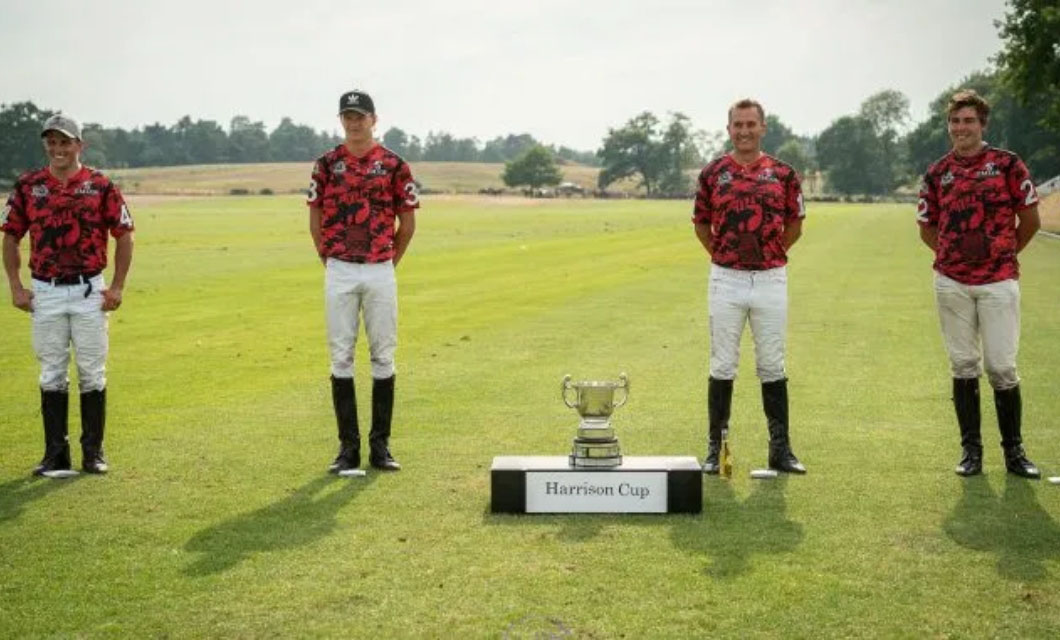 The second Victor Ludorum tournament at Cowdray concluded on August 8, with the Final of the Harrison Cup and Subsidiary Finals for the Aotea and Maidensgrove trophies. Emlor Red, beginning with a half goal advantage, defeated Garcha Hotels by 10.5- 5 to conquer the Harrison Cup. Best Playing Pony for Brooke Joynson was awarded to Tomas Beresford’s horse, Kenya.
On August 9, 2020, the coveted Holden White Victor 8 goal Victor Ludorum tournament concluded with 2 Cowdray teams in the final, Duane and Terence Lent’s Innovent team took on Louisa Watts Farrington Polo Team who started with a half goal handicap advantage. After an exciting match, Farrington claimed victory by 8.5-4. The best playing pony was awarded to Julianna, chestnut mare, owned and ridden by Edward Banner Eve. 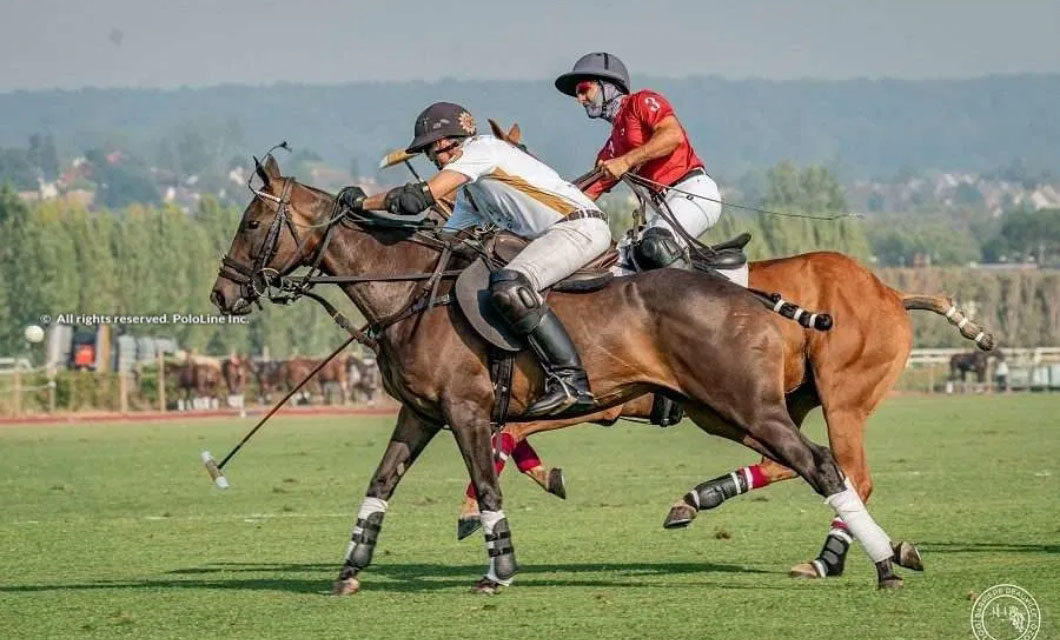 The polo season commenced at Deauville, the Normandie-based club celebrating the 70th Anniversary of its most coveted tournament, the Coupe d’Or. After an exhibition match held on August 8, the Coupe d’Argent kicked off with the final scheduled for August 16. The tournament will have four teams up to 16-goals competing. Coupe d’Argent (16 goals)
will be held from August 9-16, followed by Coupe d’Or (16 goals) scheduled from August 15-30. Ladies Polo Cup (12 goals) is scheduled to be played between August 12-15.
Coupe d’Argent Day 1
matches had Marqués de Riscal defeating Barriere by 10-8, Talandracas getting the better of Marqués de Riscal by 9-6 and Barriere beat Maison Decale by 8-5.