Polo In The United States And The Ascension Of The Polo Giant: USPA

Essentially devising ‘The sport of Kings’ to the modern equestrian phenomenon that it is now, the USA has always been a pioneer of Polo and the sport has been thriving in the sporting nation forever.


Introduction of the Equestrian sport and its emergence in popularity

With Britain colonizing the American states back in the middle-ages, they brought in certain delicacies which they had acquired from around the world, Polo being one of them. The sport didn’t really catch on until much later after its introduction until the renowned American adventurer, James Gordon Bennett, got captivated by the sport and brought it back to New York in the year of 1876. The great James Gordon Bennett Junior came to be known as the father of American polo, as it was he who assembled the players, knowledge, equipment and Texas horses to play the first loosely structured matches in the United States. 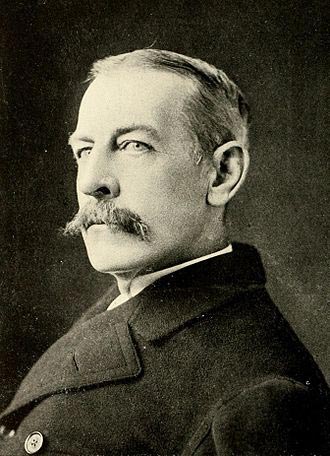 
The winter of that year saw the organization of the first major competition in the US, an indoors held at Dickel’s Riding Academy in New York and the first formal U.S. club was subsequently established, the Westchester Polo Club. Westchester alternated seasons between New York City and Newport, Rhode Island until Newport became its permanent home. On May 13, 1876, the Jerome Park Racetrack in Westchester County (future home of the New York Giants baseball team and hence the name “polo grounds”) was the site of the first outdoor polo match. 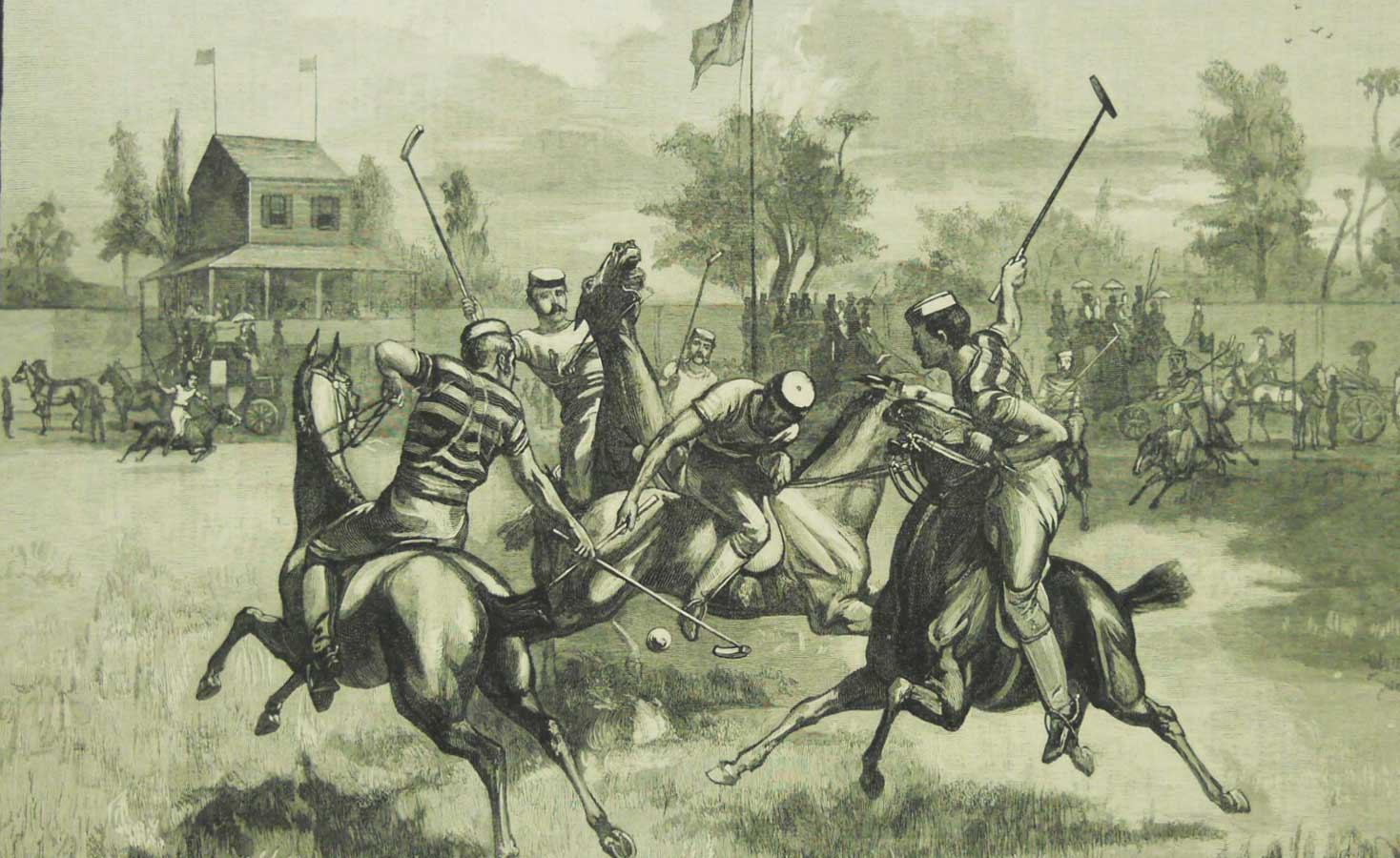 Within a time span of 10 years, major clubs organized and rallied behind the ‘Sport of Kings’. Subsequently, a steadfast increase in Polo’s popularity across the nation witnessed the game turning into an engaging spectacle, drawing as much as an audience of 30,000 for international matches at Meadow Brook Polo Club in Long Island. Then in 1879 Meadowbrook became a polo club and began to play on the Mineola fairgrounds of Long Island. The foundation had now been laid for American polo and the sport was here to stay and flourish. 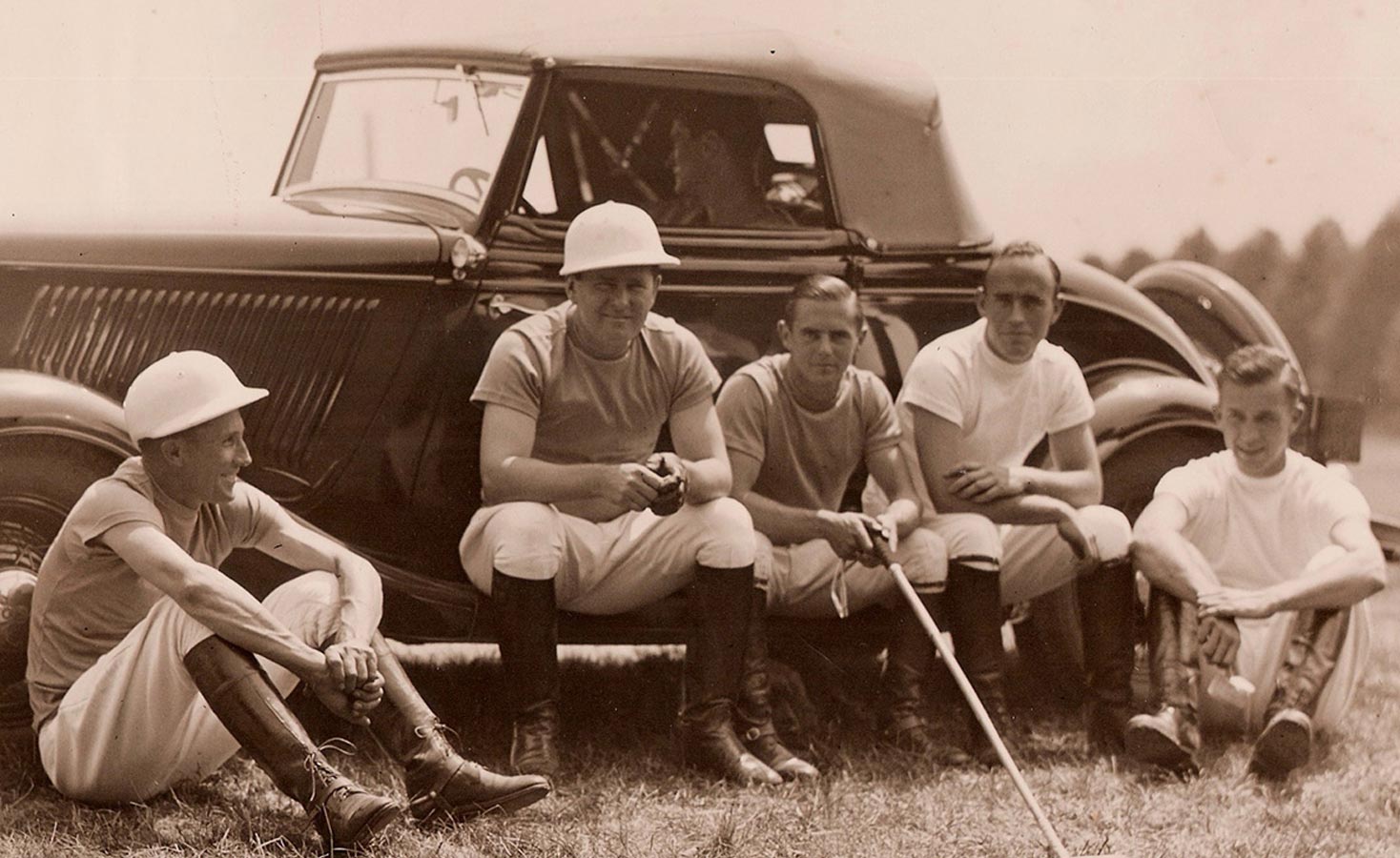 Cecil Smith (2nd from the left) and co. back in their heyday


That era produced widely renowned athletes hailing from the United States, who became household names. Among these phenomenal players were: Cecil Smith, the Texas cowboy and perhaps the greatest man to helm the horse with the mallet, held a perfect 10 goal rating for a still-record 25 years; Devereux Melbourne, who contributed majorly to the formation of modern Polo; and Tommy Hitchcock, a war hero who was touted as one of the premier players of early polo and asserted his dominance on major polo fields for the entirety of his illustrious career which spanned for a period greater than two decades.

Polo, now popularized by the aforementioned hero heroes amongst others, galloped forward to achieve a glorious following in the States and the next half a century of US Polo history was instrumental in changing the face of Polo worldwide.

The advent of the USPA era
With the advent of talks of introducing the game into the summer Olympics by the late 19th century, the sport in the US required a major governing body to control and regulate the growing great equestrian sport.

The call was answered by a gentleman named H.L. Herbert who introduced the world to the modern equestrian business giant and controlling federation of Polo in the US, the US Polo Association. 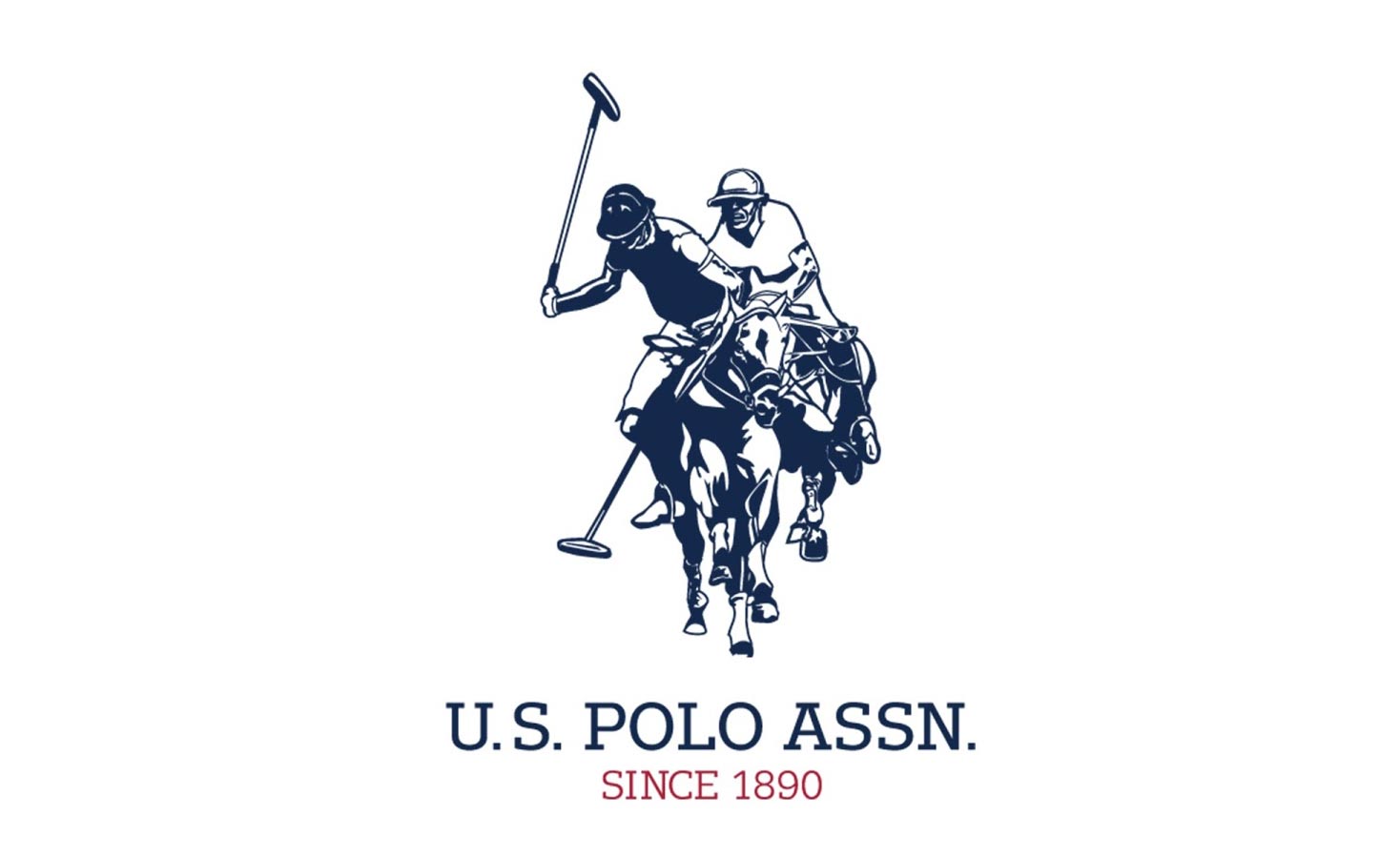 Chairmaned by him, the organization’s primary interests were to coordinate games, standardize rules and establish handicaps. Mr. Herbert was credited with instituting a handicapping system in 1888 so that teams could be more evenly matched in games. His rating system is essentially the same today, with player handicaps spanning minus one through 10, with 10 being the highest handicap. H.L. Herbert, with W.A. Hazard as his dedicated assistant, continued to guide the Association until 1921and Hazard followed him as the next USPA Chairman until 1922. The then center of the Polo world, New York, was appropriately chosen as the first place to hold the USPA headquarters.

The organization had humble beginnings; with the members voluntarily serving the cause and a small office staff helming the monumental responsibility of conveying the game to all parts of the USA. USPA’s original member induction was restricted to only 7 core clubs and then 5 more were added in the subsequent year as the organization gained little success in its inaugural year. The association also made some new rumblings in the existing style of the sport; changing the duration of the chukkers of a match, equipment standardization and pony training saw some significant improvements. Goal Scoring also saw some minor adjustments but they did not stand with time and were later abolished completely by the association.

USPA can also be credited with the first major step in the commercialization of Polo via the introduction of fine men T-Shirts. Their polo shirts are a hit worldwide and are recognized easily, turning more eyeballs towards the sport of polo. They also provide consumers with branded apparel, accessories, luggage, watches, shoes, small leather goods, eyewear, and home furnishings.

Competitions in the US: From a glorious past to the opulent modern era
Even before the Association was formed, the Westchester Cup, one of the oldest tournaments in the world, was contested in 1886 in conjunction with Britain. This prestigious international polo tournament was played at the time when the Kentucky Derby, Wimbledon, and the British Open were all new events in a sparse sporting calendar. US Polo received its first major setback here when Britain handed them a remarkably dominant defeat and this ultimately thrust them forward to greater things in the future.

The Association continued the series and the United States won nine of the next eleven matches including the 1939 competition when the tournament was played for the last time at Meadowbrook before a crowd of 40,000. The Cup was not played again until 1988, when the United States defeated an Australasian team in Lexington, Kentucky. The U.S. won again against England in 1992 and later lost to the British in 1997.

Modern Polo Scene of the US
Modern domestically organized competitions in the USA are much grander affairs. Ranging from low goal events to greater 26 goal tournaments, USPA provides the sport of Polo with greater coverage each season. The World’s premier charitable polo competition, the Lucchese Challenge, a 40 goal exhibition is also a prominent part of the US polo season. Airstream, an excellent 40 goal team managed to hold off Pilot Catastrophe Sevices to win the 2018 edition of the cup. 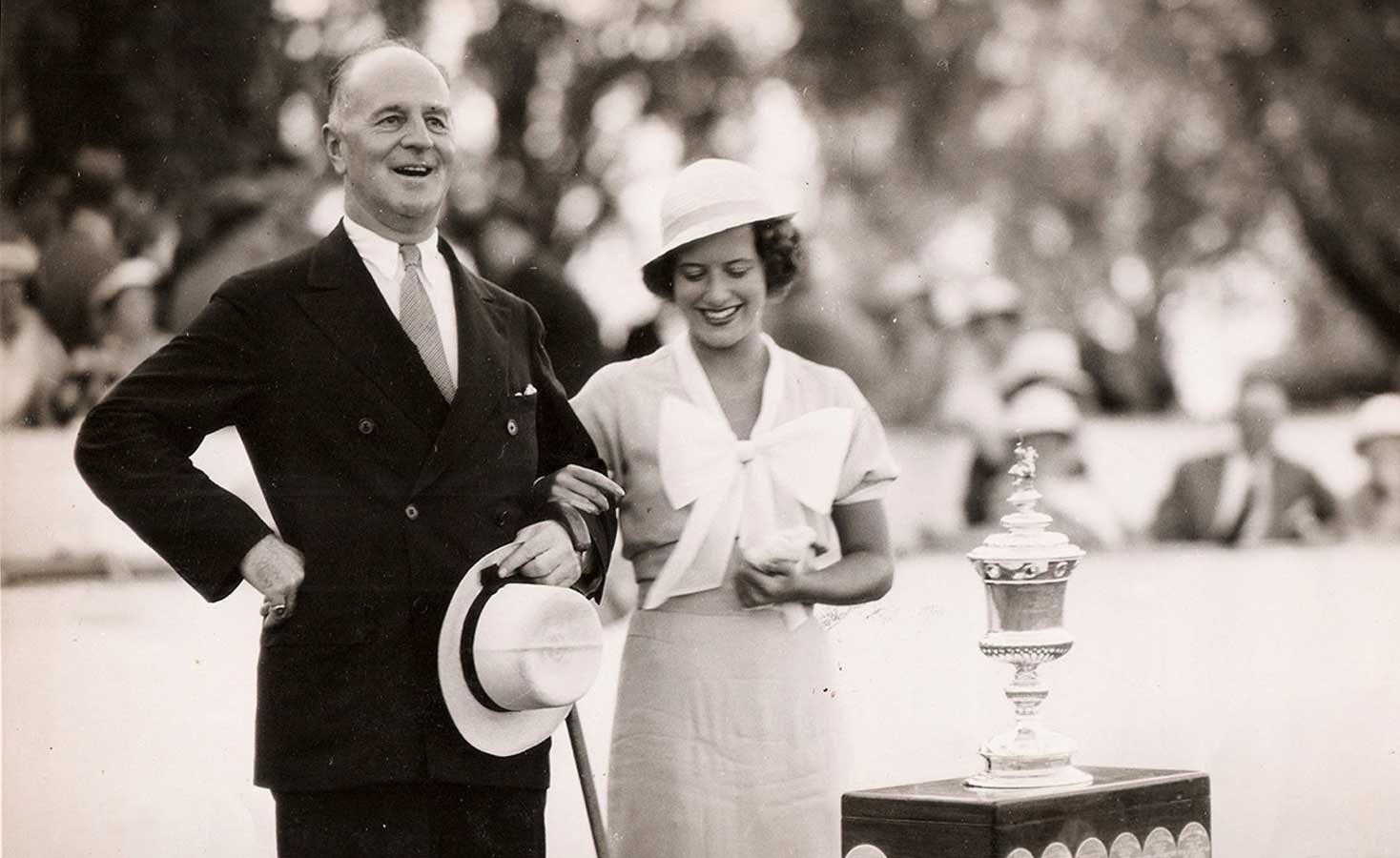 The oldest, grandest polo competition of the US polo season, The Silver cup has seen an illustrious history of organizing the most intense polo spectacles for a period greater than a century.

Played for the first time as the Junior Championship in the year 1900 where the team of Philadelphia beat Rockaway 8.5-3.75 to become the inaugural champions.

Since then tournament saw historically significant teams like Cooperstown, Meadow Brook, Old Aiken, and Laddie Sanford’s Hurricane compete against each other, increasing the tournament’s prestige and competitiveness with each edition. The competition reached its pinnacle by 1935 when 11 teams contested for the coveted crown.

The tournament was rechristened as The Silver Cup in 1974 and has shifted base at regular intervals. Currently, the tournament is organized at Greenwich, Connecticut and the team of Huntsman dominated its competition in the 2018 edition to clinch the coveted title. 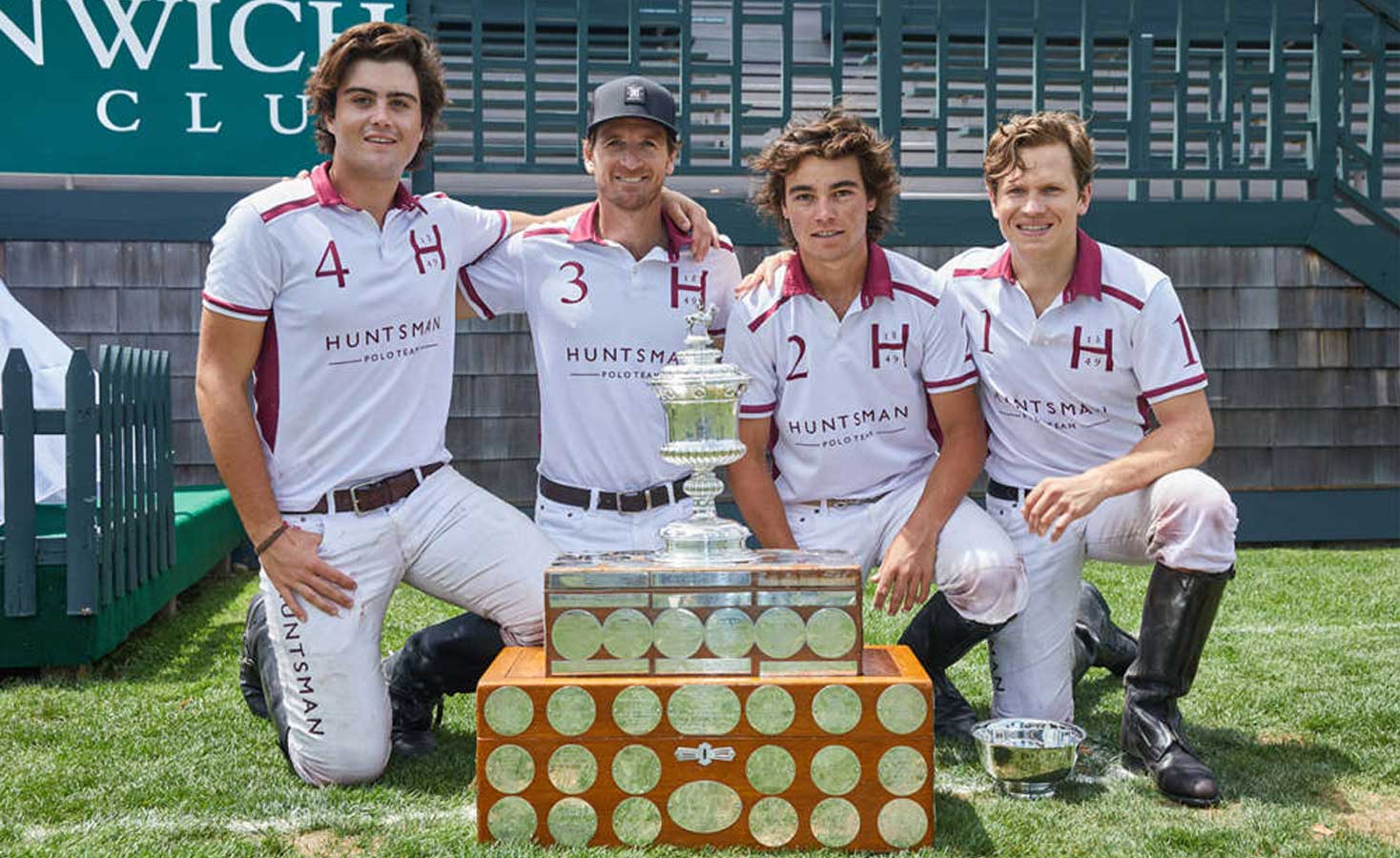 Huntsman posing with their title


Gauntlet of Polo
In an effort to increase the popularity of the equestrian sport in the sporting nation, USPA has organized what promises to be the biggest polo spectacle to this day. With a total cash prize of $1 Million, the inaugural “Gauntlet of Polo” is on its way to deliver the most tightly contested tournaments of the season. It has included the already prominent Polo tournaments of C.V Whitney Cup, USPA Gold Cup, and the US Open. The tournament follows a 26 goal format and with the C.V Whitney already concluded; great anticipation has been generated for the next USPA Gold Cup and US Open around the globe.
Also Read : Gauntlet of polo 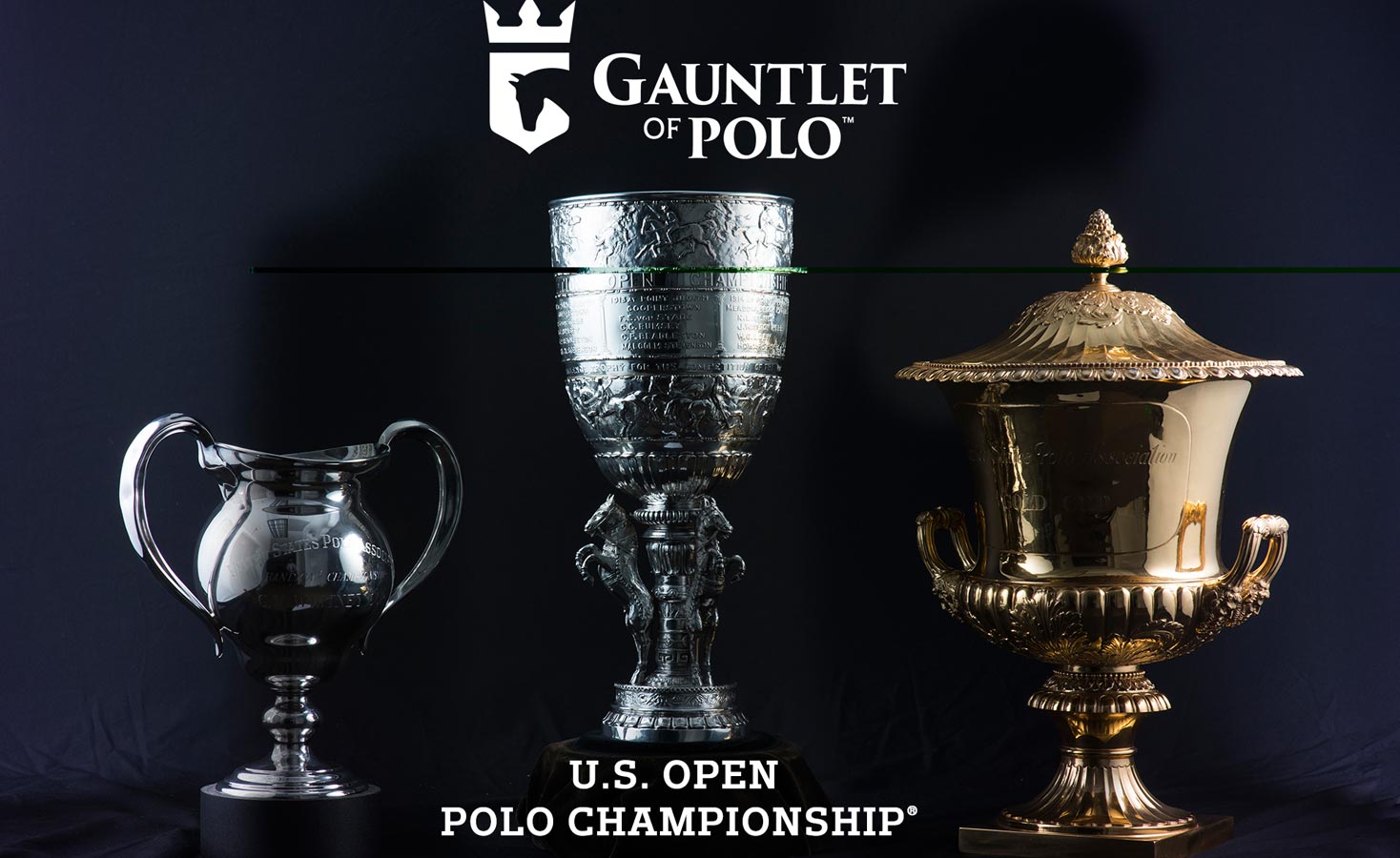 C.V Whitney Cup
The inaugural CV Whitney Cup was played as the “US handicap cup” in conjunction U.S. Open Polo Championship with back in 1979. Tulsa became the inaugural winners and repeated the feat in the successive year. The tournament was named after the influential polo player C.V. (Cornelius Vanderbilt “Sonny”) Whitney who was a three-time US Open winner back in 1928, 1937 and 1938. The first “Gauntlet of Polo” edition of CV Whitney cup saw the powerful team of Pilot capturing the cup and started off their journey towards the $1 Million strongly. 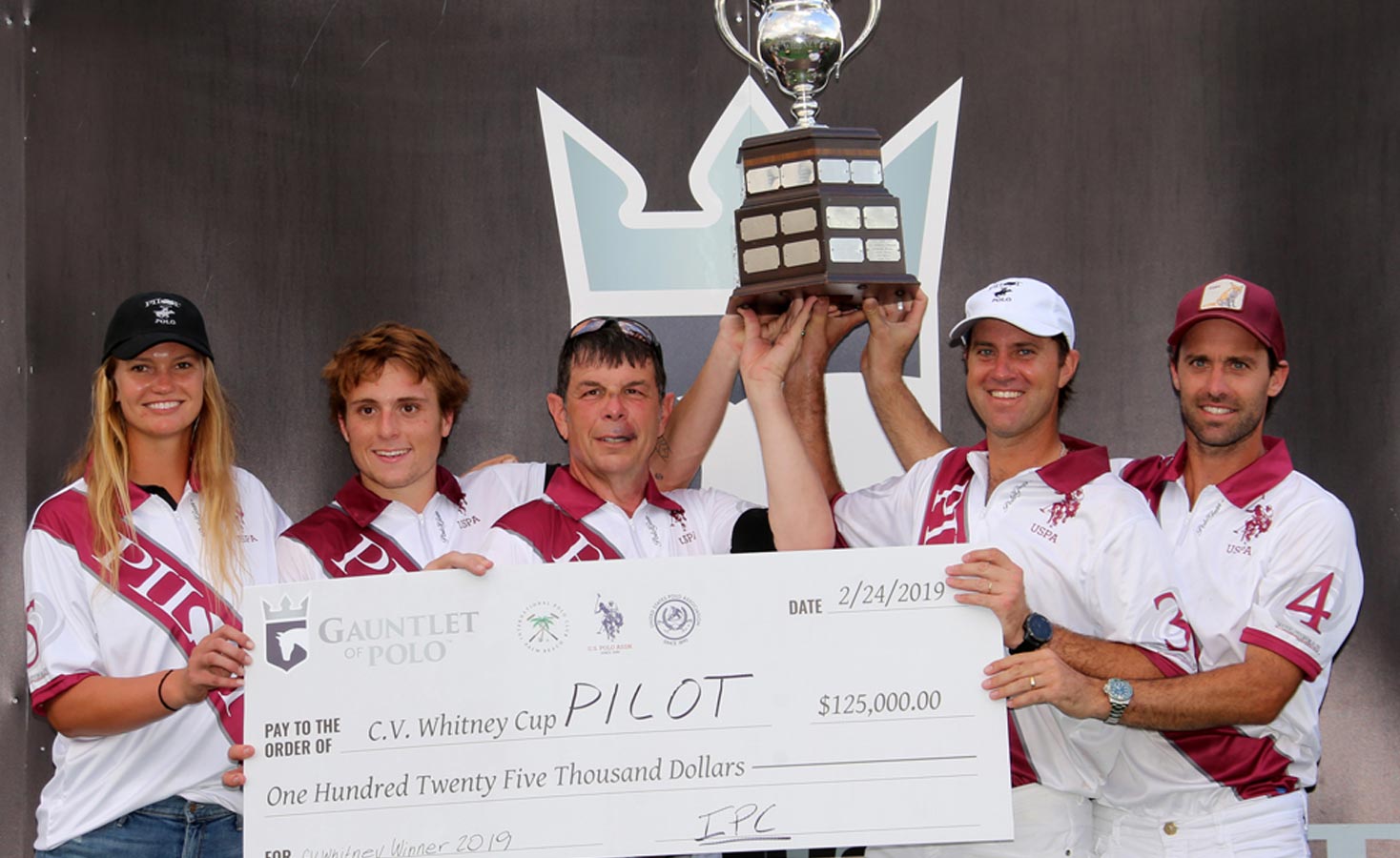 US Open Polo Championship
The US Open is the premier polo tournament of the US and some might even compare it with its tennis counterpart in prestige. Another 26 goal affair, the historical tournament has seen many of the Polo legends build their legacy. Originally conceived as a replacement to the senior championship back in 1904, US Open saw a brief 6-year hiatus and was not contested until 1910. Since then, it has been an annual affair and has exponentially grown a strong fan base. 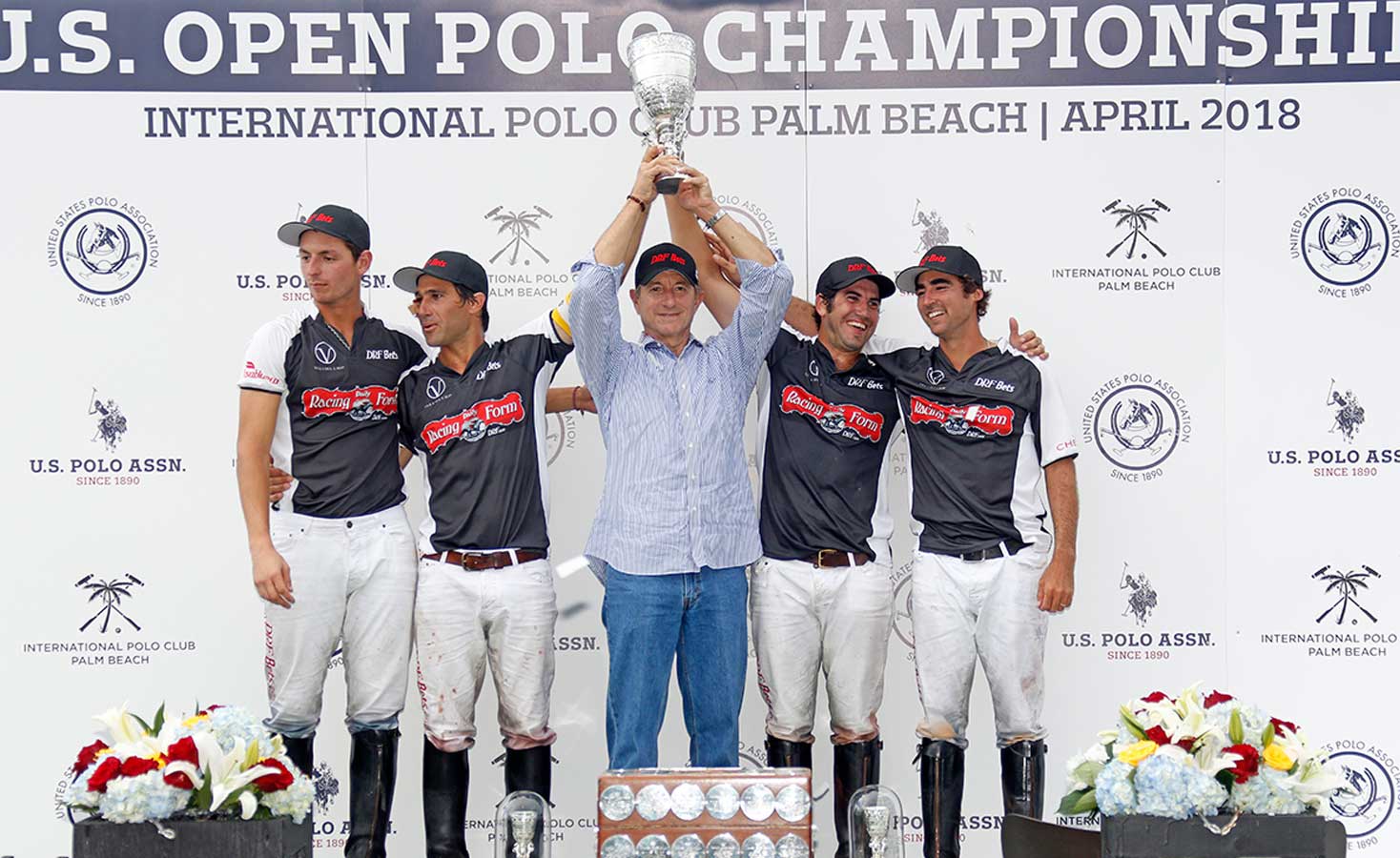 Inaugurated in 1974 at Oak Brook Polo Club, Illinois, featured four teams. The following year, the USPA Gold Cup was moved to Milwaukee Polo Club where it was played from 1975 to 1978.

From 1979, the competition became the major polo attraction of the winters and was played in Florida during the next decade and a half. The tournament reached its pinnacle at the Palm Beach Polo and Country Club and saw anywhere from 11 to 20 teams competing. 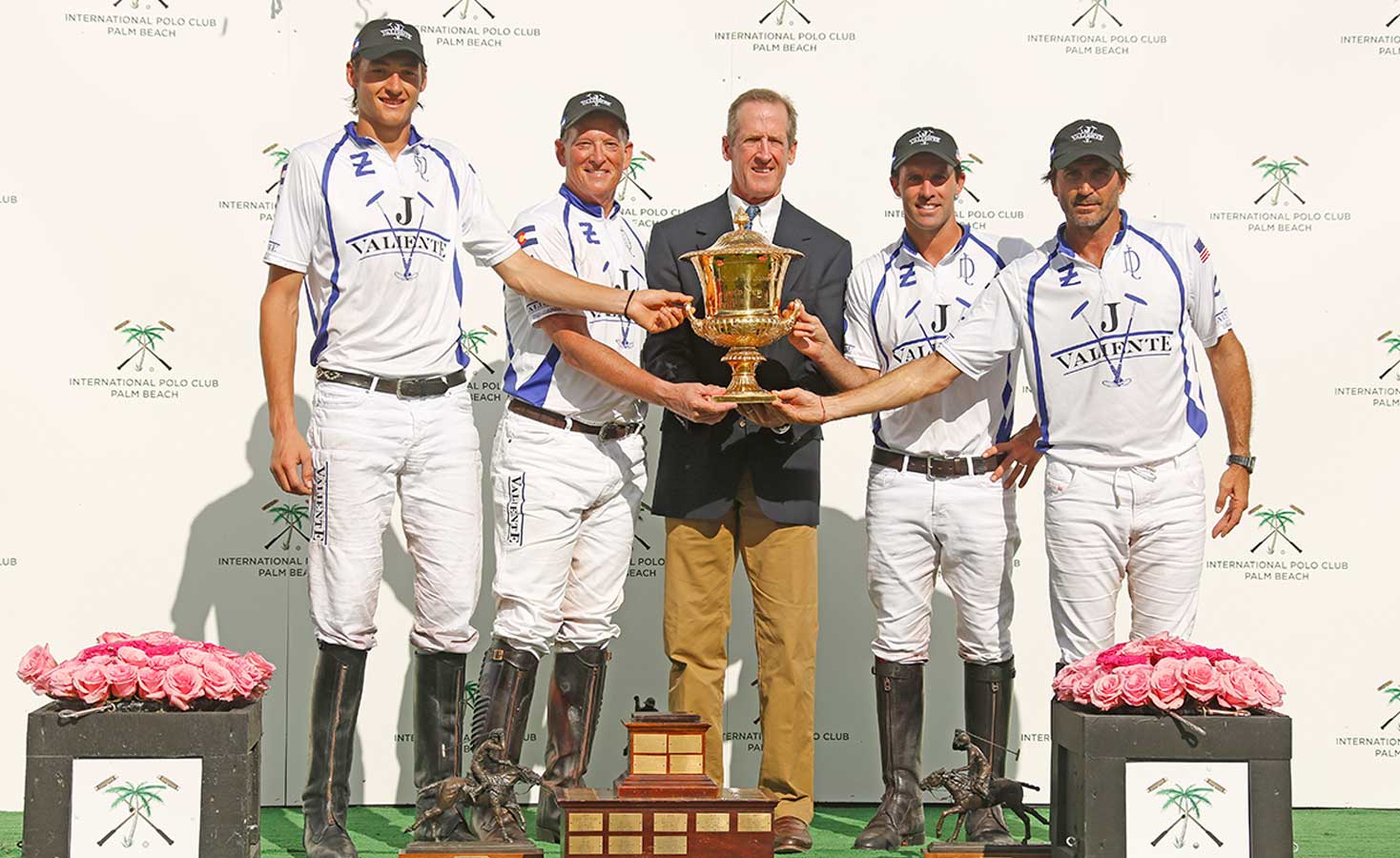