How Did The Prince Of Wales Celebrate His Birthday At Ascot Racecourse?


The Prince’s Countryside Fund Raceday at Ascot took place on Friday, 23rd November. It was attended by Prince Charles and his wife, Camilla.


The fourth renewal of the Prince’s Countryside Fund Raceday at Ascot which took place on Friday, 23rd November was attended by Prince Charles, the Prince of Wales and Camilla, the Duchess of Cornwall. Celebrating his recent 70th birthday, Prince Charles met supporters, ambassadors and beneficiaries of his Countryside fund throughout the day. HRH unveiled a magnificent bronze horse statue by Nic Fiddian-Green in the Pre-Parade ring titled, “Into the Wind” as a part of the celebrations. He cut a beautifully detailed celebration cake kindly made by Fiona Cairns. There are estimates that suggest that over 1.3 million euros have been raised over the last four years, making the Ascot event the biggest fundraiser in the Prince’s Countryside Fund calendar.

The event saw a day full of jumps, racing and featured the Prince’s Countryside Fund Charity Race. The race was an opportunity for amateur jockeys to take on the challenge of riding on the Ascot turf. Rosie Margarson won the Prince’s Countryside Fund Charity race at Ascot Racecourse. She rode Caribbean Spring, which was trained by her father George Margarson. Rosie holds an amateur jockey license and has previously ridden in two races under rules. This was her first time riding at Ascot in a charity race. Samantha Hills who rode Strategic Heights, finished the race in the second position. The race was run over seven furlongs of the National Hunt Course.

Prince Charles, the Prince of Wales awarded Rosie with her prize at Ascot. Rosie Margarson said, “ I am absolutely over the moon to have ridden my first winner for the Prince’s Countryside Fund Charity Race especially for my dad. My horse Caribbean Spring is simply amazing and I ride him every day at home so to win at Ascot Racecourse is unbelievable”. 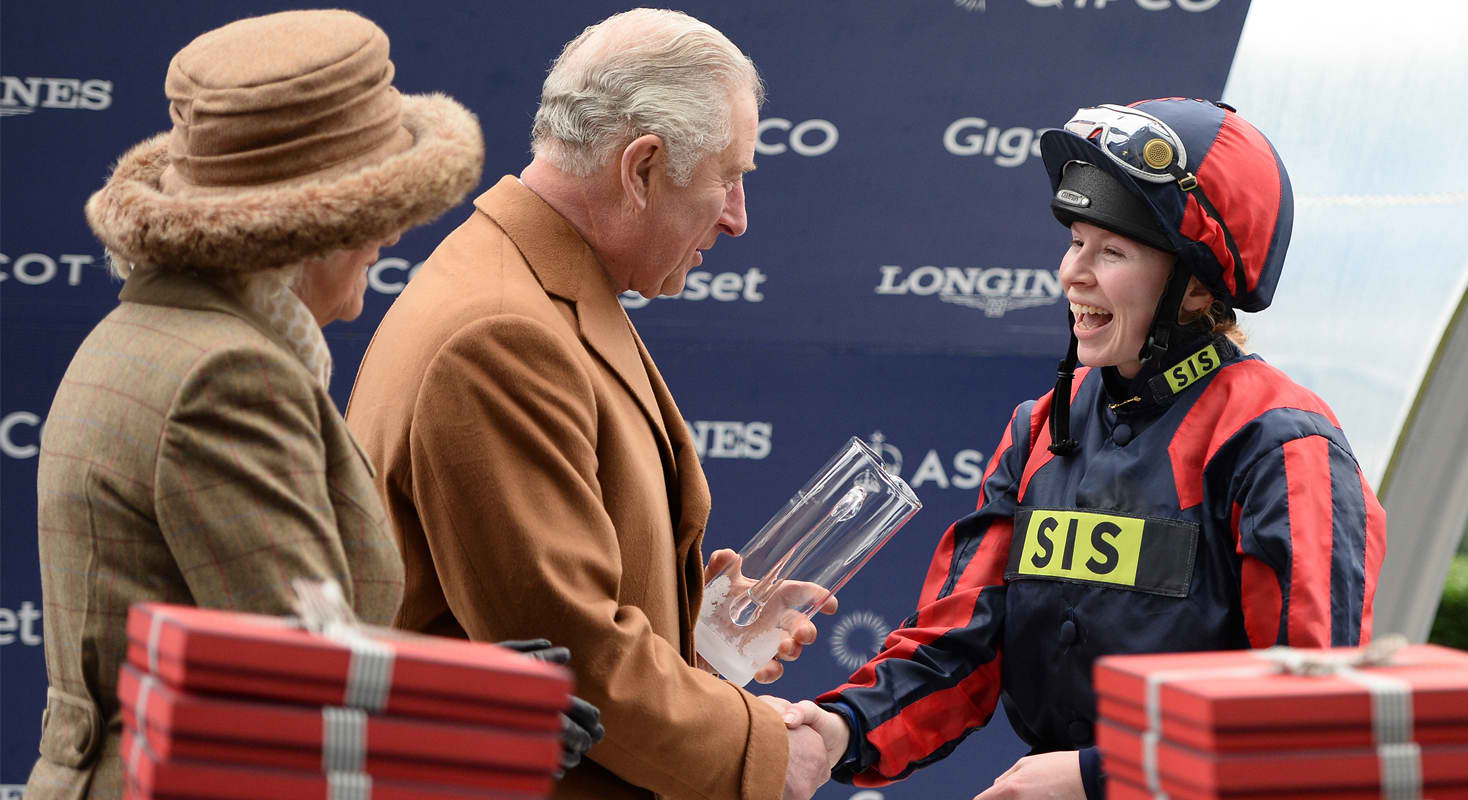 Claire Saunders, Director of the Prince’s Countryside Fund said, “We are immensely grateful to the wonderful 11 riders who took part in this year’s race, and congratulations to Rosie Margarson. The riders’ fundraising and support will help to make a real difference to those living and working in the countryside, and is particularly important in this, our Patron’s 70th Birthday year.”

Between them, the eleven riders have raised in excess of 25,000 euros through sponsorship with the money raised helping The Fund continue its indispensable work.

Lord Curry of Kirkhale, Chairman of The Prince’s Countryside Fund, said “Friday’s event was immensely successful. Not only did we raise a fantastic amount for the charity, but we also had the opportunity to share with racegoers and the wider racing community the valuable work we are doing to help secure a sustainable future for British farming and the countryside. We are incredibly grateful to the sponsors and visitors who supported the event and the team at Ascot for putting on such a memorable day.”

Juliet Slot, Chief Commercial Officer at Ascot Racecourse, added “We are proud to support this invaluable charity, which was set up in 2010 by HRH The Prince of Wales to help secure a brighter future for those in need in rural Britain. In its short history, the Fund has provided some £9 million to 225 projects, helping rural communities across the UK.”