Second Round Proceedings of USPA Gold


Following an intensely contested first round, the second round saw more lopsided performances with stronger performances by victors


The first day of the second round saw three one-sided bouts. Daily racing farm was dominant against the team of SD Farms. The second game saw a defensive battle between Aspen and Tonkawa and an all-out master class by Pilot’s Facundo Pieres against Old Hickory Bourbon concluded the day’s proceedings.

Daily Racing Form V/S SD Farms: 13-7
The team of Daily Racing Form entered the encounter on a high note and made their intentions extremely clear. Each gun of the team fired in the event and they displayed an extremely balanced cohesive team play.

First chukker saw the Daily Racing Form team capture a slight one point lead which they progressively expanded upon as the game continued. The 2nd Chukker saw Agustin Obregon successfully scoring off the penalty lines 2 and 3. His team backed that up with 2 more games and ended the chukker with a solid 5 goal lead. SD Farm’s Peco Polledo attempted to bring his team back into the game but the aggressors weren’t having any of it. Maintaining a strong lead right from the beginning, Daily Racing Form concluded the game at 13-7.

Aspen V/S Tonkawa- 8-3
In a low scoring encounter, more defense-oriented game, the strong team of Aspen dominated Tonkawa with a stellar 8-3 performance. Both teams were cautious enough to not let too many fouls slip and a clean game ensued. It was Polito Pieres who opened up the scoring for Aspen, scoring two consecutive goals. Tonkawa was unable to establish a strong strategy and was only able to score once throughout the first half against 4 of Aspen.

Aspen’s strong run continued in the second half as Pieres added 2 goals and Stewart Armstrong also contributed one. Tonkawa was only able to score 2 more times and Aspen cruised to victory with 8-3. Excellent defensive display by the victors opened them to attack more ferociously than their opponents and that was the key for their decisive victory.

Old Hickory Bourbon V/S Pilot: 9-18
In the most lopsided match of the USPA Gold Cup, the formidable team of Pilot dominated Old Hickory Bourbon, improving their perfect 6-0 record of the season. Pilot mounted an exceptional playing strategy of commanding the possession via superb, accurate passing kept the ball away from Old Hickory Bourbon. Old Hickory Bourbon had their most impressive showing of the event in the first chukker where Jason Crowder shined, scoring 4 times to ensure a 5-2 lead for his team. From that point onwards, Facundo Pieres asserted dominance on the field and ended up scoring 8 times in the remainder of the first half. Pilot now held the lead at 10-7 going into the second half of the game.

Facundo Pieres, again, was instrumental in ensuring his team the victory. Playing a major role in the backfield, Pieres effortlessly played a more defensive role while coordinating the offense. Pilot scored 8 times in the final 21 minutes of the event while their opponents could only reply with 2 goals of their own.

The second day of round 2 was more evenly contested and the 6 teams competed fiercely for a spot in the next round.

Las Monjitas V/S Stable door polo: 10-7
With both teams coming off solid wins in the opening round, both the teams were in no mood to give the other any breathing space during the encounter. As is the case with both teams, the gameplay was quick paced and only a combined nine fouls occurred during the entire game proceedings. Stable door held a single goal lead on handicap which they maintained in the first chukker but was completely overwhelmed by Hilario Ulloa’s stellar performance in a dominant chukker for Las Monjitas. Las Monjitas extended their 5-1 lead in the third chukker by 7-3 in the third chukker. The following half saw Las Monjitas display tremendous form from the penalty lines and they moved forward as a cohesive unit.

Stable door was unable to establish a strong footing in the game. Las Monjitas restricted them to only 1 goal conversion from 6 attempts in the concluding half of the game. However, a combined effort at a comeback made by Victorino Ruiz Jorba and Santiago Toccalino put Stable door back in the hunt in the final chukker. Firing off three goals, their efforts appeared futile as they were only able to reduce the six-point lead of Las Monjitas to a 3 point lead and still trailed 10-7 at the concluding whistle.

La Indiana V/S Park Place: 7-9
The game between La Indiana and Park place was an intense polo spectacle between two prominent teams desperately trying to register their first win of the tournament and improve their chance of reaching the quarter-final of the Cup.

Both teams remained active on the offense and traded goal attempts for the majority of the opening half. As is the case with highly competitive polo matches, both teams were able to shell out repeated goal attempts and a total of 5 combined goals were scored in the first 3 chukkers. With La Indiana holding a marginal 3-2 lead at the end of the half, both teams ramped up on their goal conversion efficiency in the latter half. Facundo Obregon stood out throughout the game and was the major reason for his team’s win.

Substituting for Tommy Collingwood, Lucas Diaz Alberdi had a strong game for Park Place on both sides of the ball and his third goal of the game in the fifth chukker restored the tie at 5-5, leaving the outcome to the final chukker. Scoring for both sides came to life in the sixth chukker, with Park Place’s Juan Britos converting two penalties to begin the chukker and give Park Place the two-goal advantage. A double-yellow for Facundo Obregon gave Park Place the opening the needed, with Alberdi adding two more field goals to secure the victory for Park Place and capture their first win.

Cessna Polo Team V/S Iconica: 10-8
The last encounter of the day saw an aggressive riddled with fouls and penalties. Iconica, coming off dominant wins in their opening round encounters, had already secured the #1 spot in bracket 3 while Cessna was already out from the running. Felipe Marques and Ezequiel Martinez Ferrario displayed a tremendous offensive game for Cessna which ultimately led them to victory. They combined a total of 5 goals in the opening half of the game which gave Cessna a 5-4 edge on the scoreboard. The major defensive achievement of Cessna was the containing of Peke Gonzalez, who managed to slip only a single goal during the first three chukkers. Marques and Ferrario managed to continue their offensive roll into the fourth chukker, scoring one goal apiece, while Iconica was kept off the scoreboard. The remainder of the match saw Peke Gonzalez finally able to break the Cessna defense and fire off three goals in quick succession. But it proved to be too late for Iconica to be able to mount a comeback and Cessna bagged the 10-8 victory. 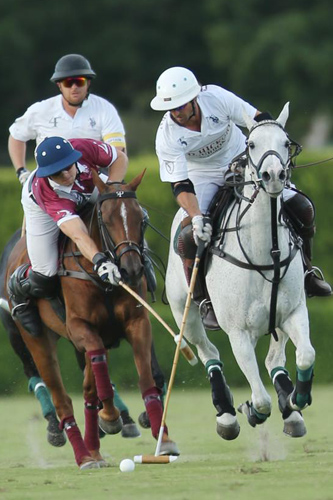 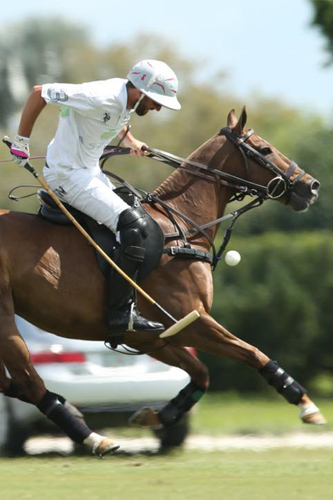 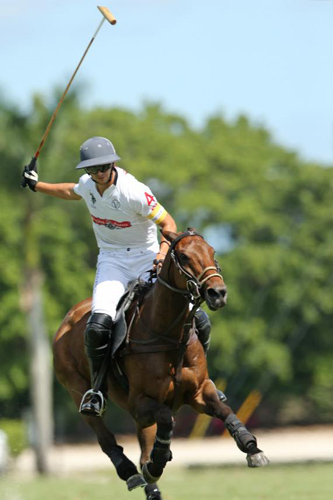