The RPC Cup will be the highlight of the Summer Polo Season 2018.


The Rajasthan Polo Club Cup which will be a part of Indian Polo Season at Jaipur will be played at the Rajasthan Polo Club, starting from today. The 8 teams that’ll be competing for the cup, will be divided into two pools - Pool A and Pool B. Jaipur Polo team, Sahara Warriors, Jodhpur Polo team and Polywood Polo Academy will be in Pool A while Chandana Group Polo team, ASC Polo team, Krishna/Benaz Corp Polo team and Polo Inn & Suites will be playing in Pool B. The matches will start from today at 3pm. A long awaited polo season is about to start and Jaipur and it is definitely going to get the Polo fans excited. The cup will be played for a week till 16th September, 2018.

With big names like HH Maharaja Sawai Padmanabh and Abhimanyu Pathak in the Jaipur team everyone in their pool is going to have a tough competition. The 6 goal cup, starting from today will kick off the Polo season with a bang.The schedule forThe Rajasthan Polo Club Cup is - 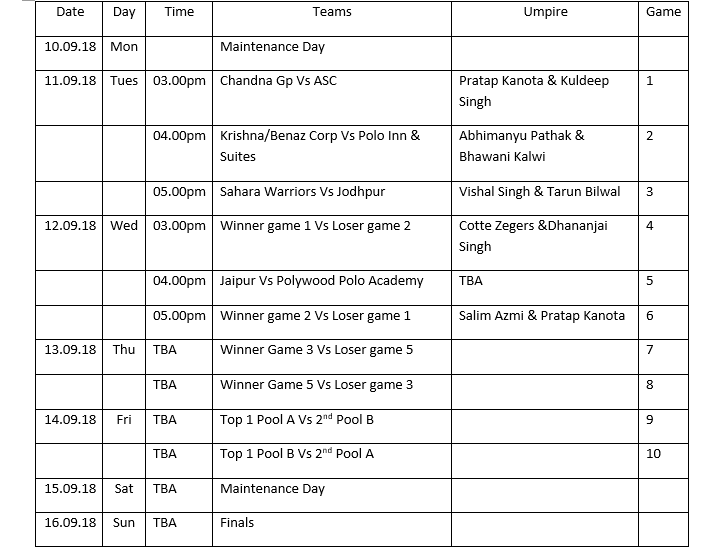 The players playing in the Rajasthan Polo Club Cup are - 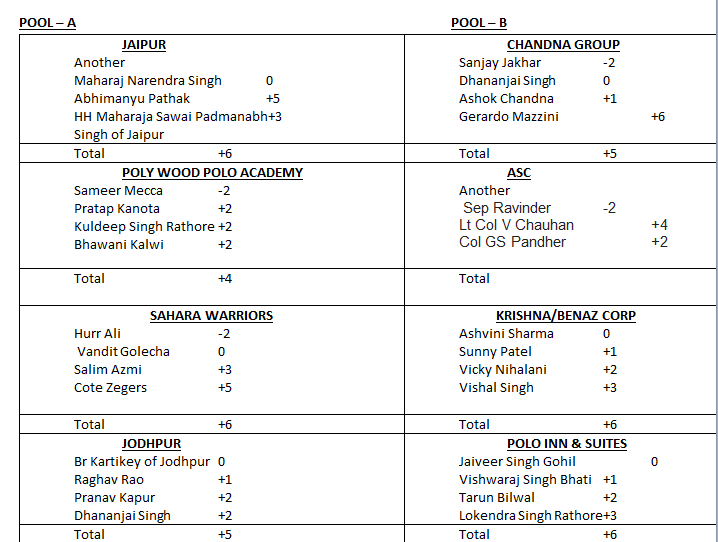