Rajnigandha Achievers showcased its dominance yet again to get better of Achievers Onn by 8-3 to claim the Finals Glory!


Rajnigandha Achievers showcased its dominance yet again to get better of Achievers Onn by 8-3 to claim the Finals Glory! The final match of the H.H. Maharaja of Jodhpur Cup (8 Goals) Tournament, 21st Jodhpur Polo Season, 2020 was battled out between Rajnigandha Achievers playing in blue and Achievers Onn playing in whites. Col. Ravi Rathore and Syed Basheer Ali were the umpires and Syed Shamsheer Ali was the referee for the match. Th. Sidharth Singh Rohet was the commentator for the day. 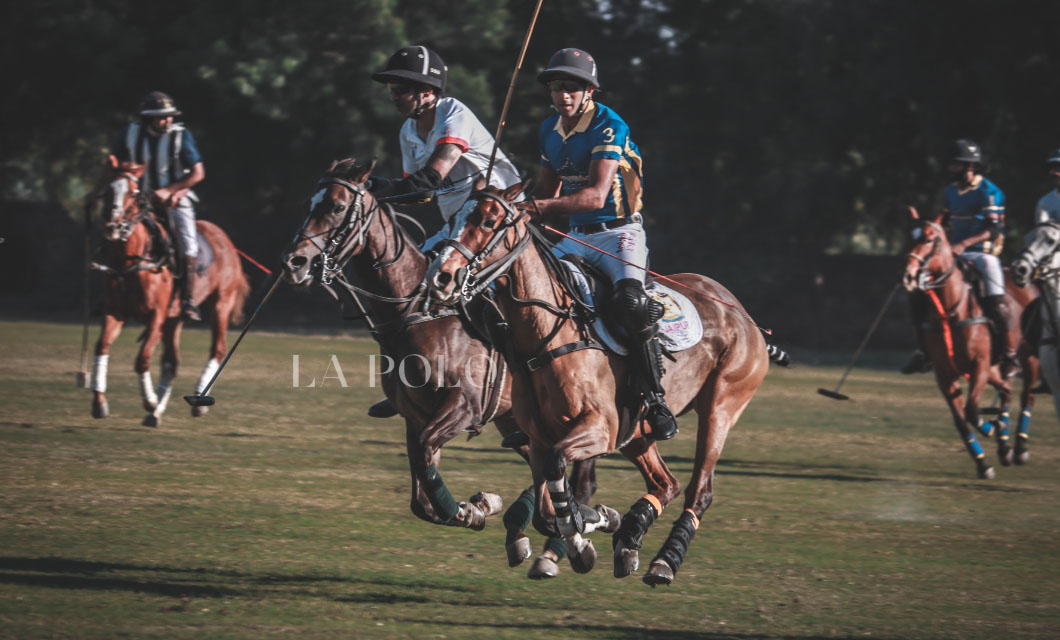 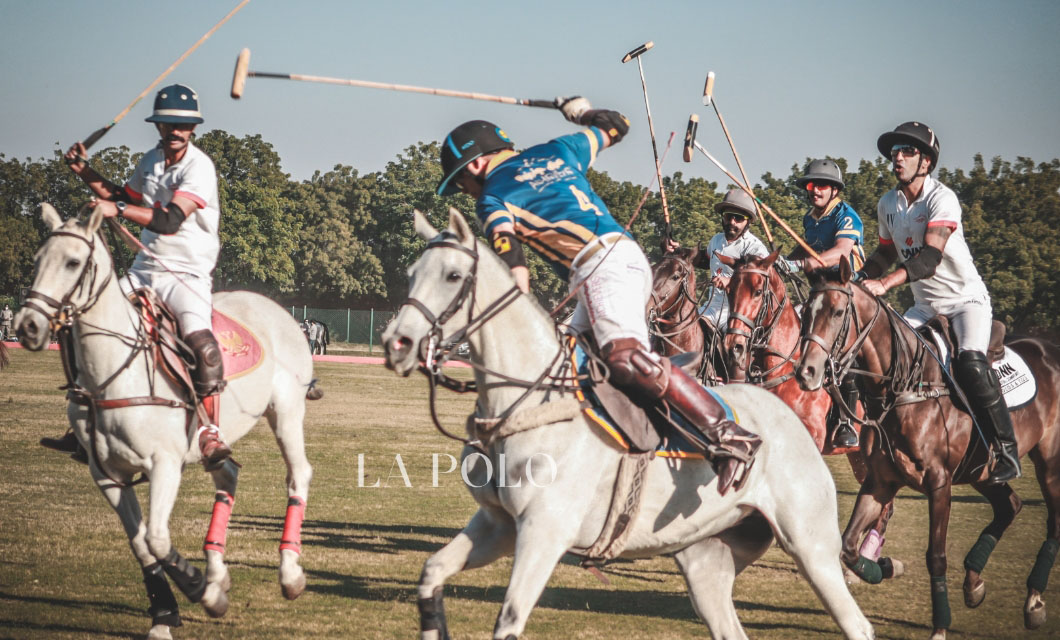 The first chukker kicked off with an early goal by Mr. Simran Singh Shergill for the Achievers Onn. The match was getting pace as H.H. Maharaja Padmanabh Singh of Jaipur stroked a beautiful goal accompanied with Kr. Pratap Kanota’s one goal for the rajnigandha Achievers with the first chukker scores standing at: 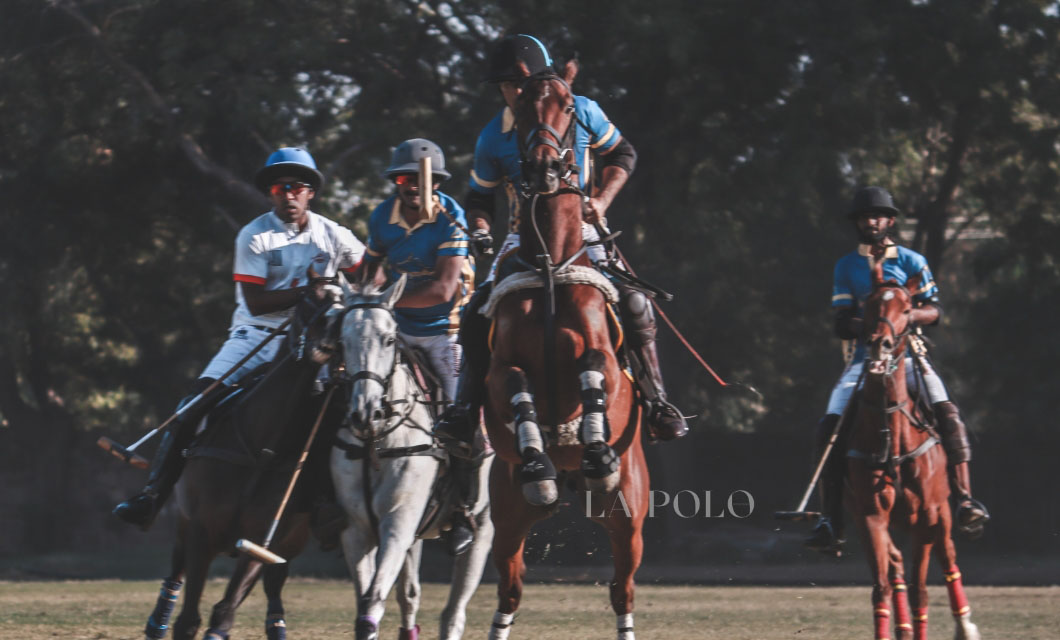 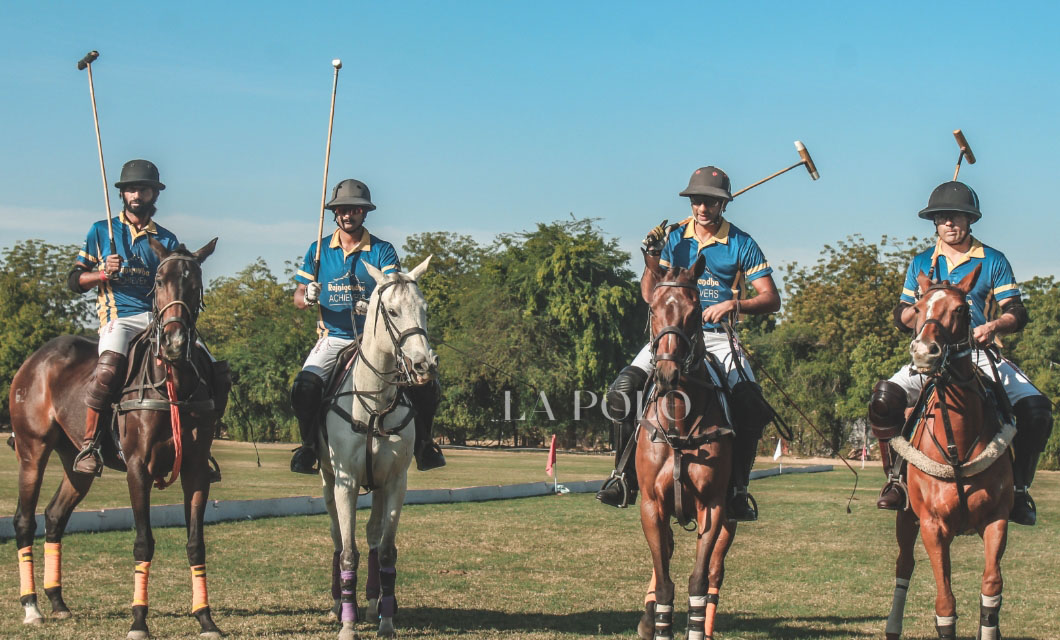 Second chukker had a very tight tussle and in line passing and striking as both the teams tried to keep the possession. Both teams defended strongly as a result of which no goal was added by either teams on the scoreboard winding the second chukker scores at: 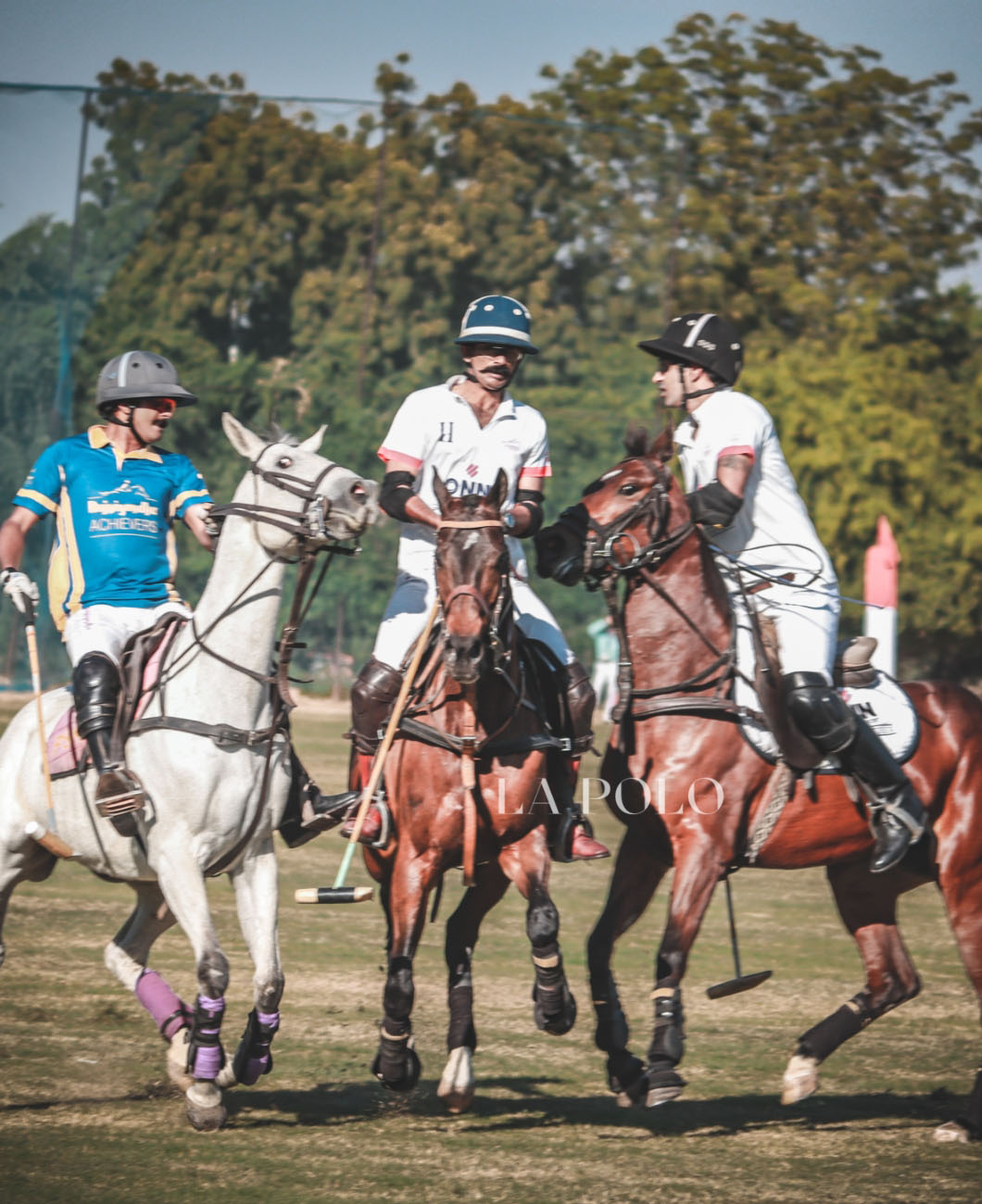 The third chukker had Rajnigandha Achievers dominating their aggressive play all the way. Mr. Daniel Otamendi striked a hat-trick with Sawai Padmanabh Singh adding one goal for taking a leading score. Achievers Onn had Jaiveer Gohil scoring a beautiful goal as he took the ball from one end to other overcoming the defense as the score at end of third chukker was set at: 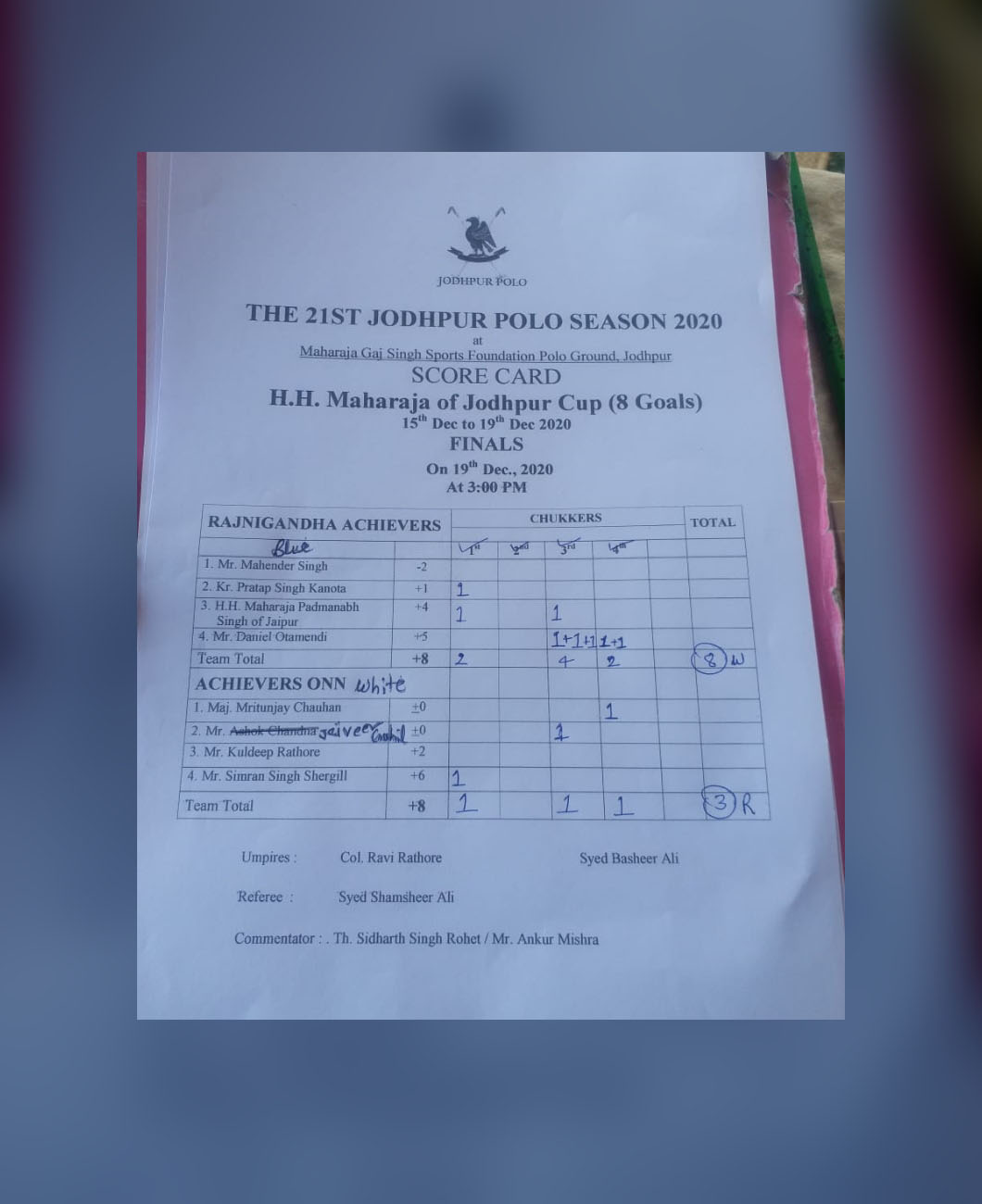 The presentation ceremony had the honor of having Maharaj Narender Singh of Jaipur and Ms. Parul Rai who presented the Finals Trophy and prizes to the winning and runner up teams, umpires and the referee.