Being the first Indian woman professional polo player, a fashion entrepreneur, an electronic drummer and a DJ is a tough job. But when you are pursuing your passion, all of that becomes easy.


Everyone in childhood might have been asked some time or the other, “What would you like to be when you grow up?” There are only a few who are able to fulfil their childhood aspirations and live in a world they visualised for themselves. Rinaa Shah yearned to play the most difficult sport and be a musician, and today, at the age of 46, she plays Polo and is also a DJ. Both these achievements were realised in her late 30s.

She says: “I got on the horse for the first time at the age of 38. I had gone to see a game of Polo and found it very intriguing, and that’s when I decided to give it a shot.”

But Polo is not an easy sport to play; so, with the help of friends, and her love for the sport and inner passion, she started riding horses in a year. At the age where everyone is busy settling down, Rinaa was busy packing her bags to Argentina and Santa Barbara School of Polo. And thus, at the age of 40 she played her first game in Jodhpur. “It was an amazing feeling,” she says. She is the first Indian woman who became a professional Polo player. She is also the first Indian to own a Polo team, i.e. Rinaldi Polo. She has gone around the globe with her team and won accolades. She now hopes to inspire more youth to join the sport. 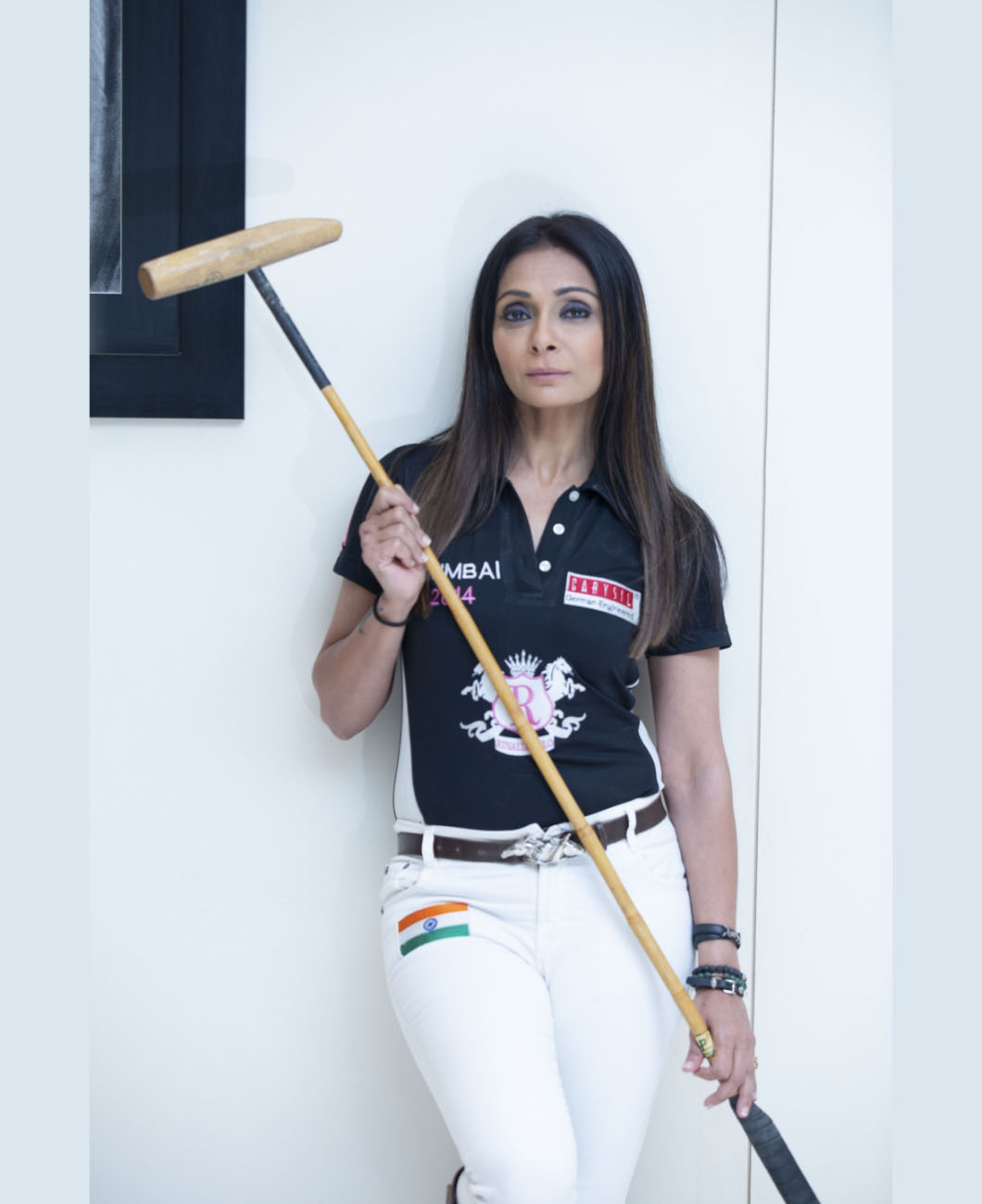 When asked about her favourite memory, she says that it’s Jodhpur where she played for the prestigious Hermes Cup.

She is also India’s first shoe designer—a profession she has been pursuing for 18 years. In between, she took a break from her work to chase her dream of becoming a musician and a Polo player. “You make time for something that you love,” says Shah, when asked how she manages everything. 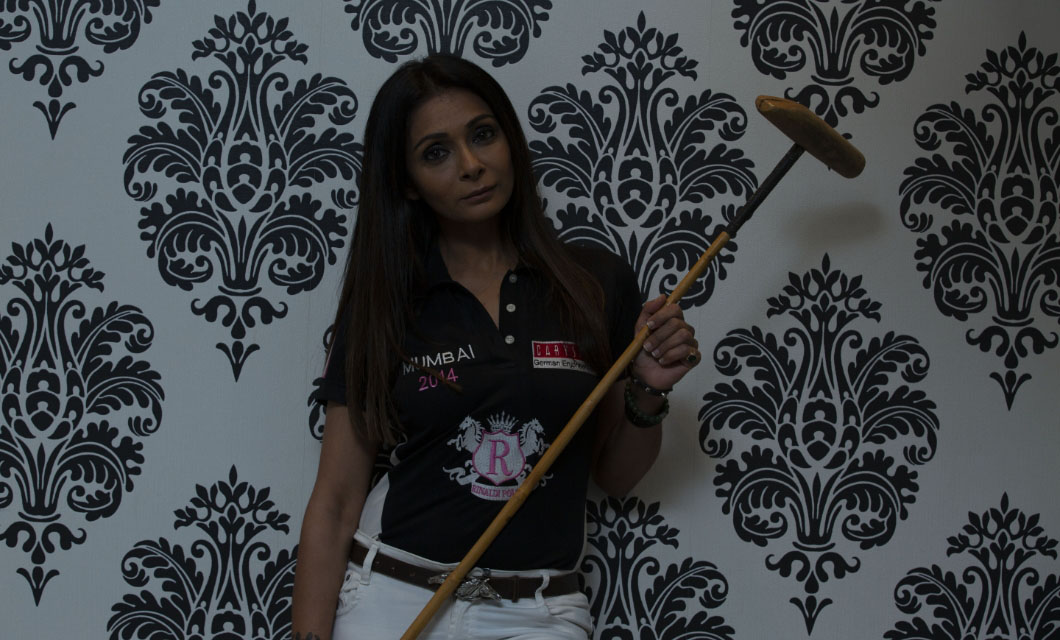 She is a fitness freak, and is involved in many activities, including swimming, yoga and gym. She says, “If you are not fit, you can’t play Polo well.” As a fashion entrepreneur, she decided to fuse Polo with fashion and introduced her own line for the same.

When asked about fashion, she says: “Simplicity is the best. For a Polo match, nice waist bands with a nice Polo shirt for men and for women, dainty dresses look elegant.”

She hopes to fulfil her goal to play at Zeeb Itza and St Moritz.

Rinaldi Polo might sound a peculiar word to all, but she a story to relate to it. She says: “My first trip was to Italy, and there were ketchups that were named Rinaldi and I just loved that as it had my name in it.” And this incident gave her Rinaldi Design as well.

Apart from Rinaldi Design and being the first Indian Polo player, Shah has been a DJ. How did this happen? She wanted to be a musician and started playing piano and guitar, and then she moved to drums…and within a year, she was playing in a club named Preway in Delhi. Later, she used to play drums with some DJs but there were certain synching issues and thus she thought of going to the DJ School of Amsterdam. After coming back, she became a DJ and even mixed certain pieces of drum and DJ. 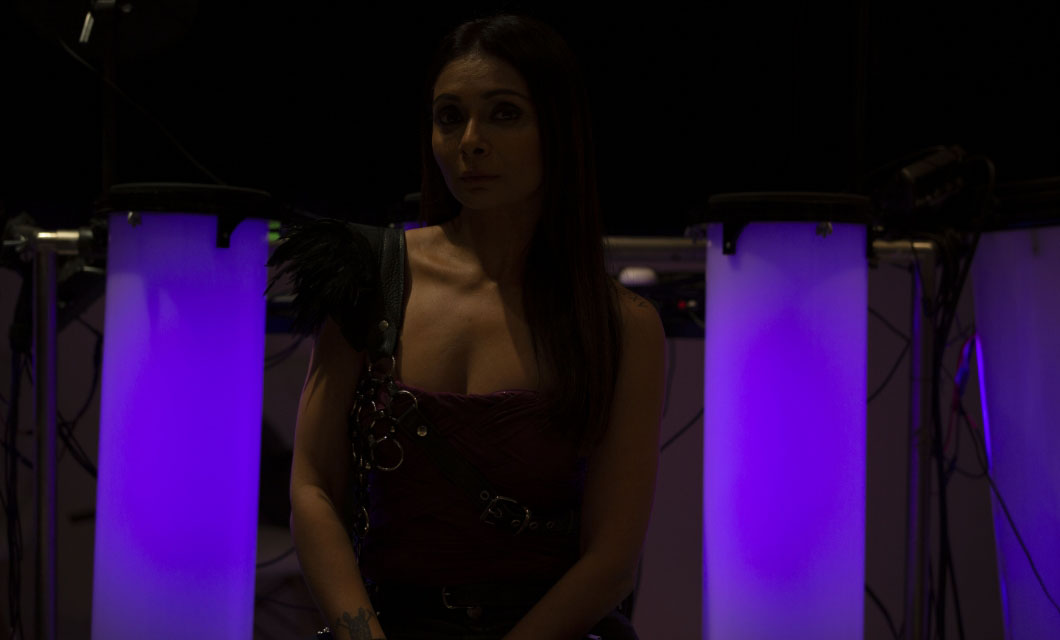 Rinaa’s day comprises riding, DJ music, workouts, including functional yoga, and sometimes reading. She says: “In the evenings, I am always on the horse, an activity I most look forward to, because that one hour on the horse is the most beautiful feeling.”

Shah hopes to inspire more women to play Polo. She says it’s advisable to start early. Rinaa advises: “Riding is the key, and if you are a good rider, you can play the sport, because the key skill is horse riding.” She adds: “If I can start at the age of 40, then anybody can do it.” And to give more opportunities to youngsters, she wants to put up a team at every centre which would be under 30, and this is all because of her love for Polo.

Steven Morrissey put it aptly: “Age shouldn’t affect you. It’s just like the size of your shoes – they don’t determine how you live your life! You are either marvellous or you’re boring, regardless of your age.” And one can very well see that in Shah!