Rolex - The Proud Sponsor Of The World’s Top Sailing Events

Rolex, a leading swiss watch manufacturing brand marked the golden anniversary for the Rolex timepieces which were a part of the adventure in the world's top sailing events


Rolex has celebrated six decades of adventures and thrill with world’s top sailing events. For sixty years straight, the swiss watch has participated in yachting as proud sponsors. In these years, Rolex has been a part of some of the historic as well as legendary ocean racing feats. Some of these relishing moments were Sir Robin Knox-Johnston’s record-breaking non-stop, single-handed voyage around the world. This came just a year after British hero, Sir Francis Chichester, recorded a record time for a solo circumnavigation around the world. Like Chichester, Knox-Johnston relied on a Rolex timepiece as a navigational aid. As did a third sailor, Frenchman Bernard Moitessier, one of Knox-Johnston’s rivals in the famous 1969 Sunday Times Golden Globe Race. Each of these timepieces has marked a call for a golden anniversary celebration in the year 2019. Putting a light on this, the brand has launched a new Yacht-Master model (the 42).

One brand, one sport
From the very beginning in 1905, Rolex founder Hans Wilsdorf set out to make wristwatches that would suit the increasingly active and sporting lifestyles of the modern world. Nine years later, in 1914, Rolex brought the then unrivalled and observatory-certified precision of the marine chronometer clock, a vital navigational instrument, to the wristwatch for the first time. By 1926, Rolex had invented the world’s first waterproof wristwatch, the Oyster, and, in 1931, the first wristwatch self-winding system with a free rotor, called the Perpetual. These patented innovations and landmarks in watchmaking formed the foundation for today’s Oyster Perpetual Yacht-Master and Yacht-Master II. Rolex naturally became associated with activities that shared its excellence, precision and team spirit. The brand gravitated toward the elite world of yachting, forming a first alliance in the late 1950s with the New York Yacht Club, founder of America’s Cup and creative influence on the sport of yachting and its rules. This principle bred advanced regattas such as the highly competitive SailGP and Rolex TP52 World Championship.

Rolex in the highest and in the deepest
Rolex used the world as a real-life proving ground for the Oyster, demonstrating time and again its reliability in the most extreme conditions, at sea, in the depths of the ocean, on land, in the air, and on the tallest peaks. By being associated with so many achievements, Rolex watches established themselves as a trusted reference. Waterproof, robust and accurate, Rolex Oyster Perpetual chronometers are uniquely suited to life at the helm.

Rolex Oyster & Yachting
Rolex’s dedicated yachting timepieces, the Oyster Perpetual Yacht-Master and the Yacht-Master II, a regatta chronograph with an innovative mechanical countdown timer, are imbued with the rich heritage and experience of sailing’s elite, as well as the elegance, performance and innovation of Rolex watchmaking. They reward the very best in yachting competition and symbolize the enduring bond between Rolex and the maritime world.

Yacht-Master 42
Like all Rolex Professional watches, the Yacht-Master 42 offers exceptional legibility in all circumstances, and especially in the dark, thanks to its Chromalight display. The broad hands and hour markers are filled with a luminescent material emitting a long-lasting glow. The Yacht-Master 42 is fitted with an Oysterflex bracelet, which singularly combines the robustness and reliability of a metal bracelet with the flexibility, comfort, and aesthetics of an elastomer strap. Developed and patented by Rolex, this innovative bracelet is made up of flexible metal blades manufactured from titanium and nickel alloy. The blades are over-moulded with black high-performance elastomer, a material that is particularly resistant to environmental effects and very durable. For enhanced comfort, the inside of the Oysterflex bracelet is equipped with longitudinal cushions that stabilize the watch on the wrist.

Rolex, car racing and sailing
Not only do sailing and motorsport offer a powerful combination of speed, endurance and nostalgia, it is also the ultimate test of human and technical performance, making it a natural fit for Rolex. In the motorsport scenario, and in line with its passion for speed and drive to push the boundaries of what is possible, Rolex partners the FIA World Endurance Championship as well as the three world-class events that have come to form the Triple Crown of endurance racing: the Rolex 24 At DAYTONA, the 12 Hours of Sebring and the 24 Hours of Le Mans. Engine speed and reliability, along with the driver and team stamina, are magnified during these extremely challenging races, which offer a rich history and require unique concentration, mental strength, and skill. 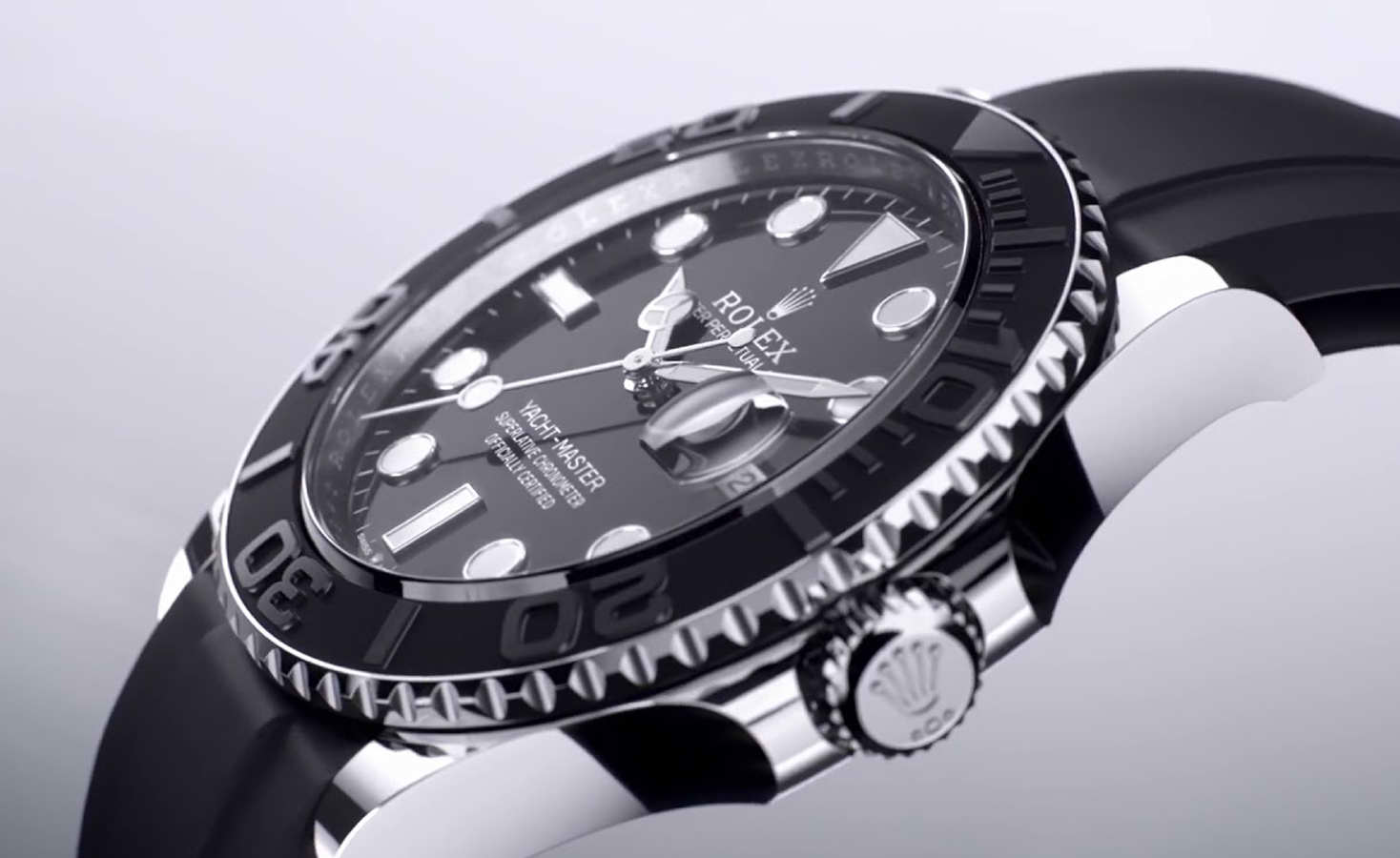 On this occasion, LA POLO got in a quick tête-à-tête with Rolex's brand ambassador Sir Ben Ainslie who is one of the most celebrated sailors in the world.

LA POLO: How do you see the association with Rolex in the near future?
Sir Ben Ainslie: I have huge admiration for the pioneering offshore sailors from the 1960s, Sir Francis Chichester, Bernard Moitessier and, in particular, Sir Robin Knox Johnston. Robin has a big influence in my life. I’ve known him for many, many years and we have often talked about his adventures and expeditions. And, probably as a result, the round the world sailing record is always something I have been drawn to and would love to have a crack at one day. 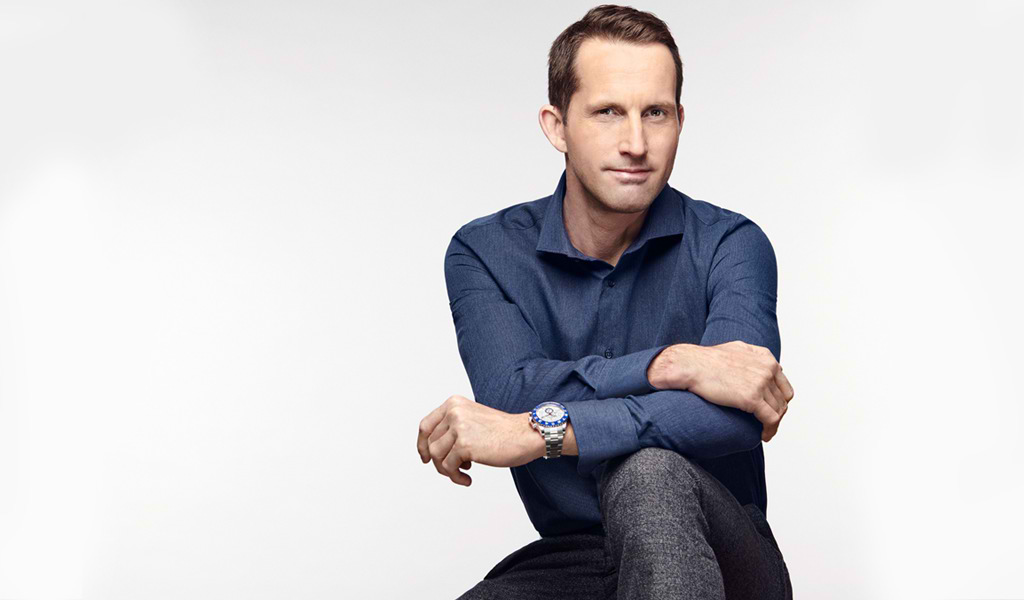 LA POLO: How has Rolex maintained a special place in yachting for you?
Sir Ben Ainslie: I have been aware of Rolex’s involvement in sailing for many, many years and it is an honour to be involved. Sailing is a technical sport. Precision and excellence are core to the overall performance in sailing from a sporting perspective and this is a common link with what Rolex stands for. Even with just sailing there are some real legends of the sport involved in the Rolex Testimonee family: Paul Elvstrom, most notably. From my Olympic background and as a child growing up he was very much a hero and an icon of the sport. And that’s just sailing. In sport in general, there are the likes of Roger Federer and Tiger Woods; guys who I look up to as the most amazing sportsmen in their particular fields.

LA POLO: You are quoted as one of the most successful sailors of the Olympic history, which adventure among them was the most memorable?
Sir Ben Ainslie: London 2012 was a big moment. It was a home Olympics for me and we had the Nothe area where the public could watch the final medal races. Being able to compete in front of a large crowd, in sailing terms, was really special. I was then asked to carry the Jack Union flag into the closing ceremony, which was the first time I had been into the Olympic stadium in London. The atmosphere was electric and that is something that will stay with me for a long time.

LA POLO: Who has been your mentor for choosing this career?
Sir Ben Ainslie: Paul Cayard has achieved a huge amount and when I was making the transition from Olympic sailing to America’s Cup, Paul gave me a lot of advice early on and was an early mentor in terms of my professional sailing. For many of us, he is a great example of how one should be. I have some great history racing against Robert Scheidt. It was some of the most intense competition of my career and I have a huge amount of respect for him too.

It is important to mentor youngsters. Paul Cayard helped me and I know he was helped himself by the likes of Durward Knowles. In my America’s Cup team, we have a generation of younger sailors aptly named ‘The Rebels’ who have come through our youth programme from the last America’s Cup. We are helping to bring those guys up into the senior sailing team in the hope they will be competitive come 2021 when the next America’s Cup takes place in New Zealand. This is part of the tradition of the sport, knowledge gets passed on and is appreciated very much. Sailing is a sport for life. You are in it for the long haul so you can always find opportunities to help the younger generations come through.