The Royal Tradition Of Polo


The sport of kings has become a spectator sport for equestrians and society.


Polo has had a long association with luxury and royalty. The game which has been nicknamed ‘the sport of kings’, was played by the kings and royal people and it continues to go by the legacy of royalty. One of the oldest known sports, Polo has a long royal history with it. With world’s best brands sponsoring the game, Polo is more of a lifestyle than a game. Polo has been in the blood of royals since generations. The game has been popular among the likes of kings, royals, rich business people and it still is the most popular game among them.

A game which was passed to them by their forefathers and fathers, this young royal generation is crazy about polo. 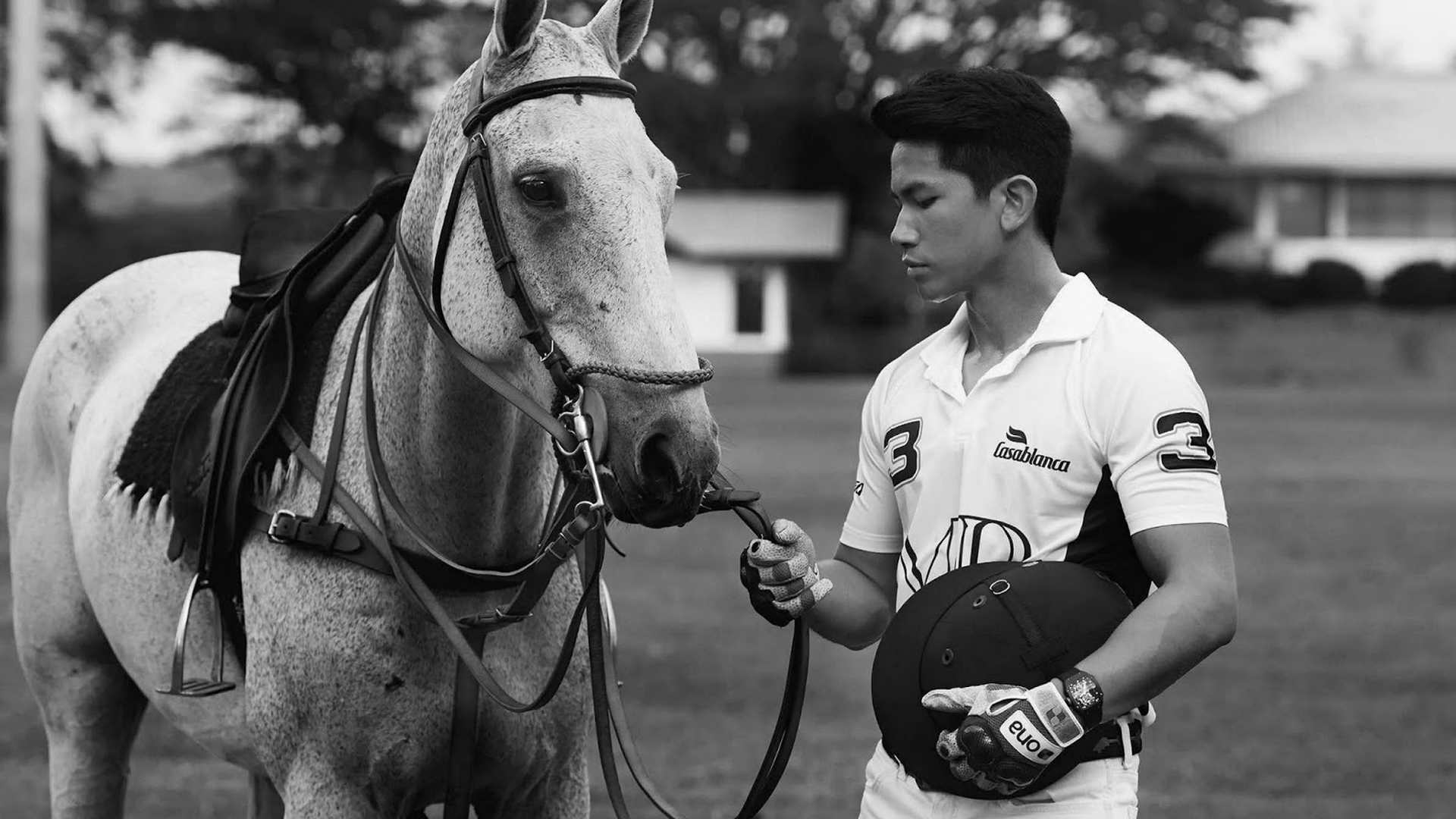 The fourth son of the Sultan of Brunei and one of Asia’s most eligible blue-blood bachelor, Prince Abdul Mateen is impressively handsome. Even though he is one of the wealthiest man in his country, the Prince is a grounded and a humble man who doesn’t like to flaunt his family’s wealth. The Prince who treats everyone as equal has a unique lifestyle and fashion sense. A brilliant polo player, Abdul Mateen plays a lot of polo, flies private planes, and appears to spend a lot of time on stunning beaches or cuddling wild animals. He is often surrounded by some pretty nice and luxurious cars. His passion for the sport of Polo is undeniable. 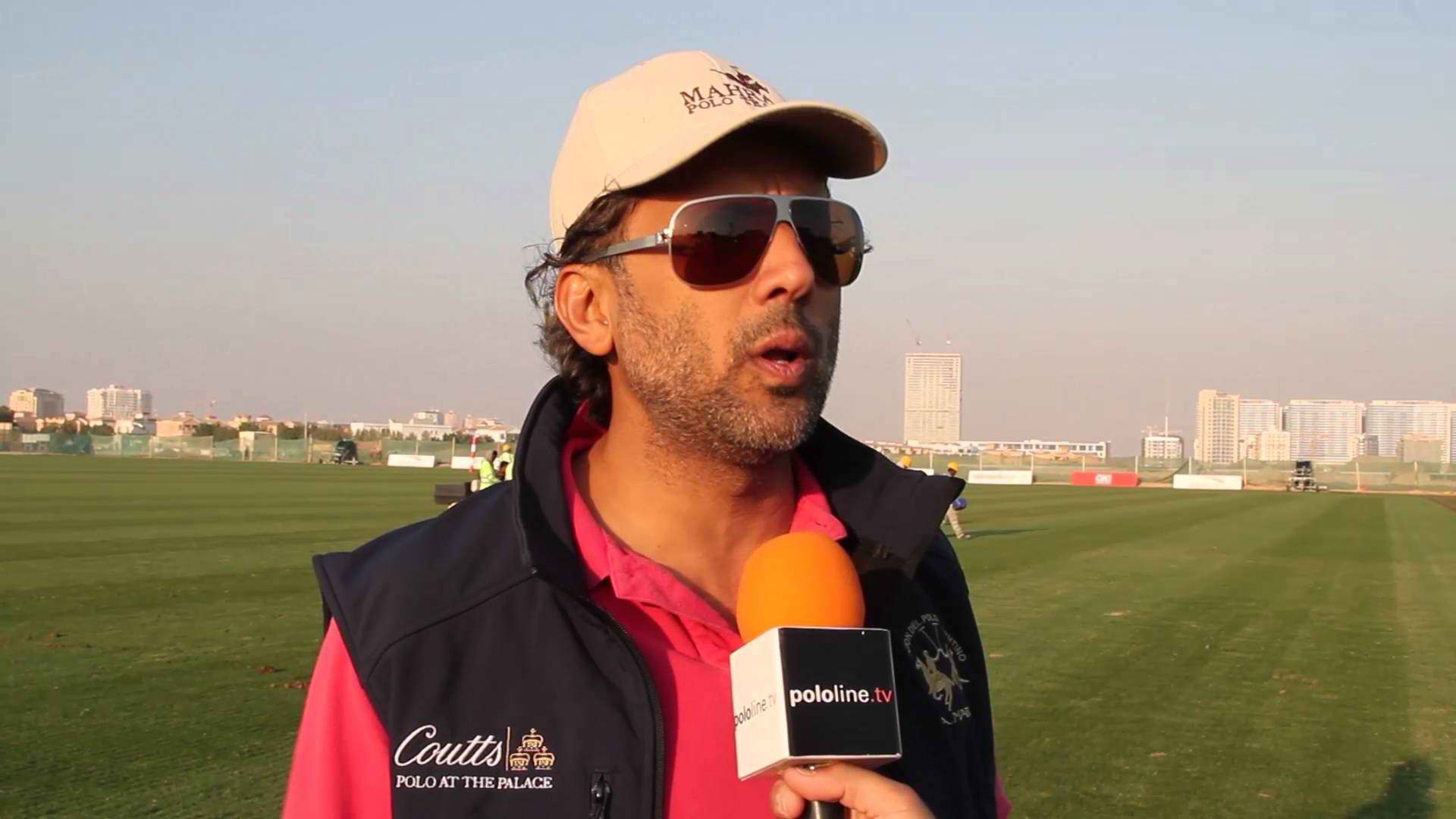 Within the business world Rashid Al Habtoor is a well-known and a much admired businessman. He has a passion for life, particularly when it comes to his family, his friends and his passion for sport, his favourite being polo. The man whose passion for polo was so strong that he along with his brothers opened his own Polo club – Al Habtoor Polo Resort and Club. He likes to play Polo and is currently playing at Handicap +1. His passion and zest for Polo has led him to become the Chairman of Dubai Polo & Equestrian Club. 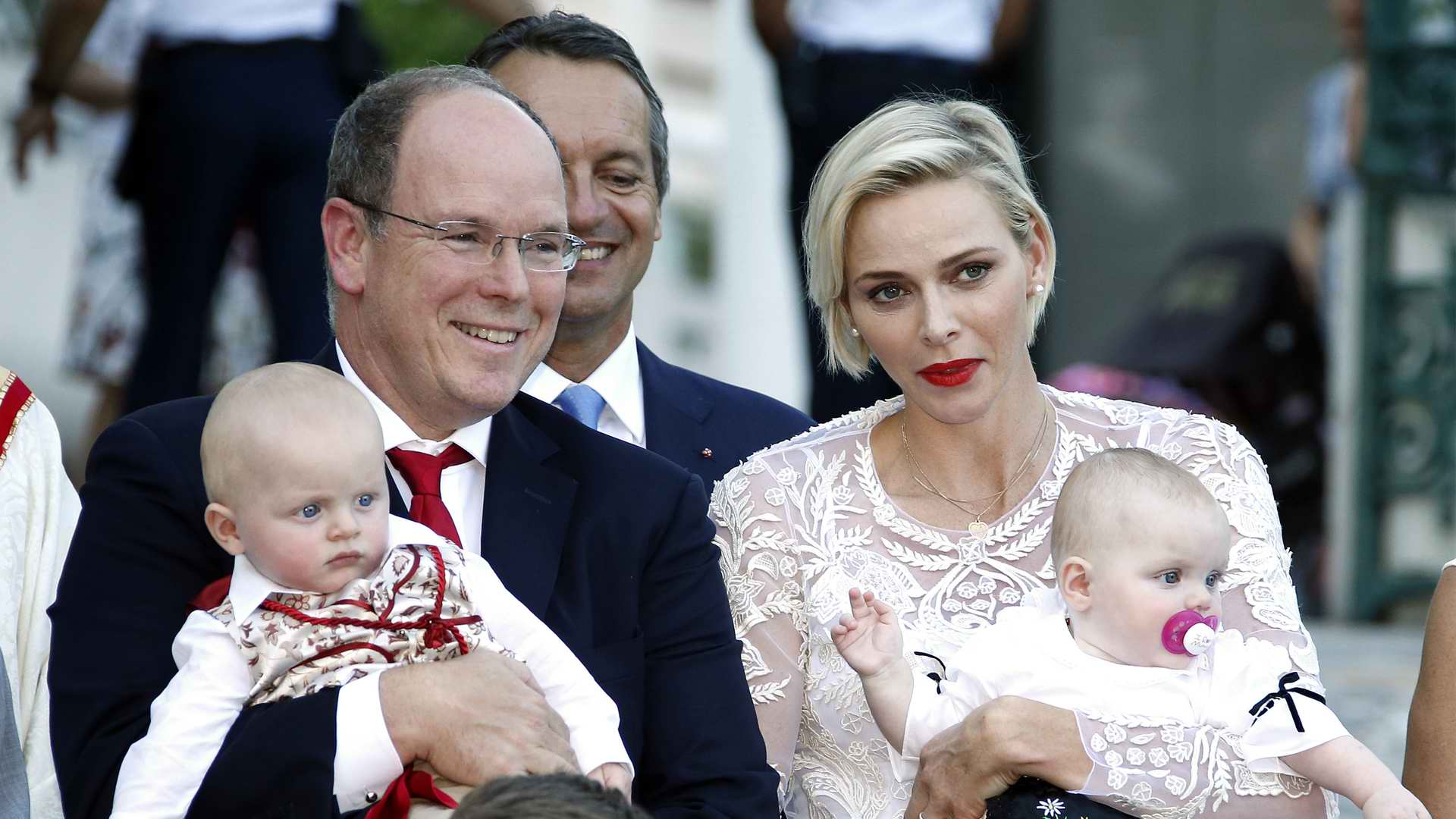 Albert II, the reigning monarch of the principality of Monaco, is a Polo lover and enthusiast. The son of Prince Rainier III and American actress Grace Kelly, Albert II is one of the wealthiest royals in the world. He is an enthusiastic sportsman and is a patron of Monaco’s football team, AS Monaco. The Monte Carlo Polo Cup was started under the patronage of Prince Albert II. Albert II is the currently reigning the principality of Monaco and came into power on 6 April 2005. He is a part of the day to day politics and he exercises his authority according to the laws of the constitution. 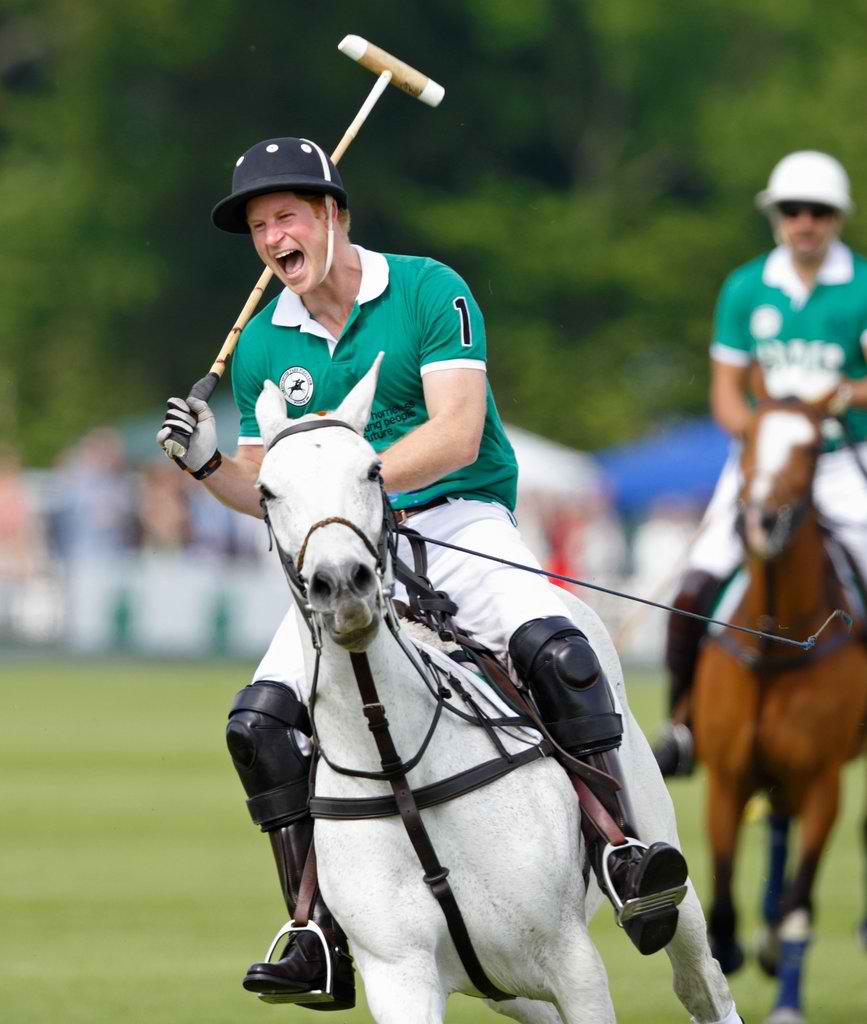 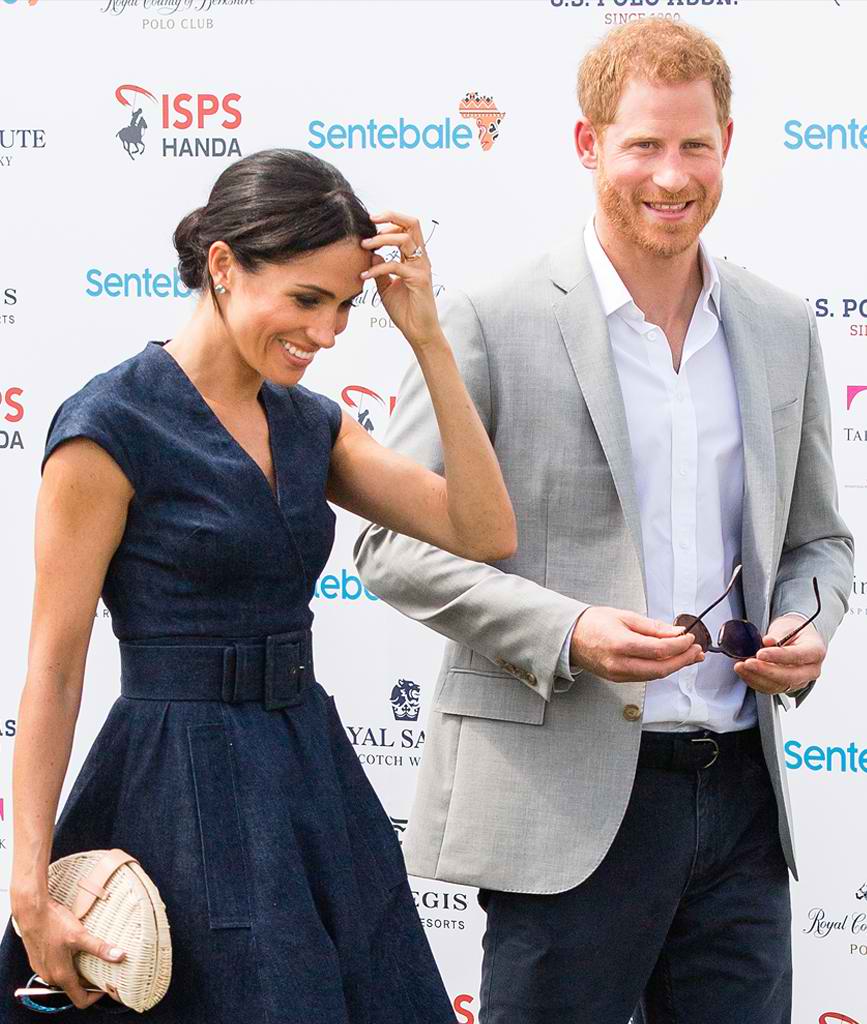 The Duke of Sussex is the younger son of The Prince of Wales, Charles and Diana, Princess of Wales. The Duke of Sussex lives at Kensington Palace with his wife Meghan Markle, The Duchess of Sussex. He spent ten years working in the Armed Forces, ending operational duties in 2015. He is a Polo enthusiast and recently played at the Audi Polo Challenge at Ascot’s Coworth Park Polo Club. 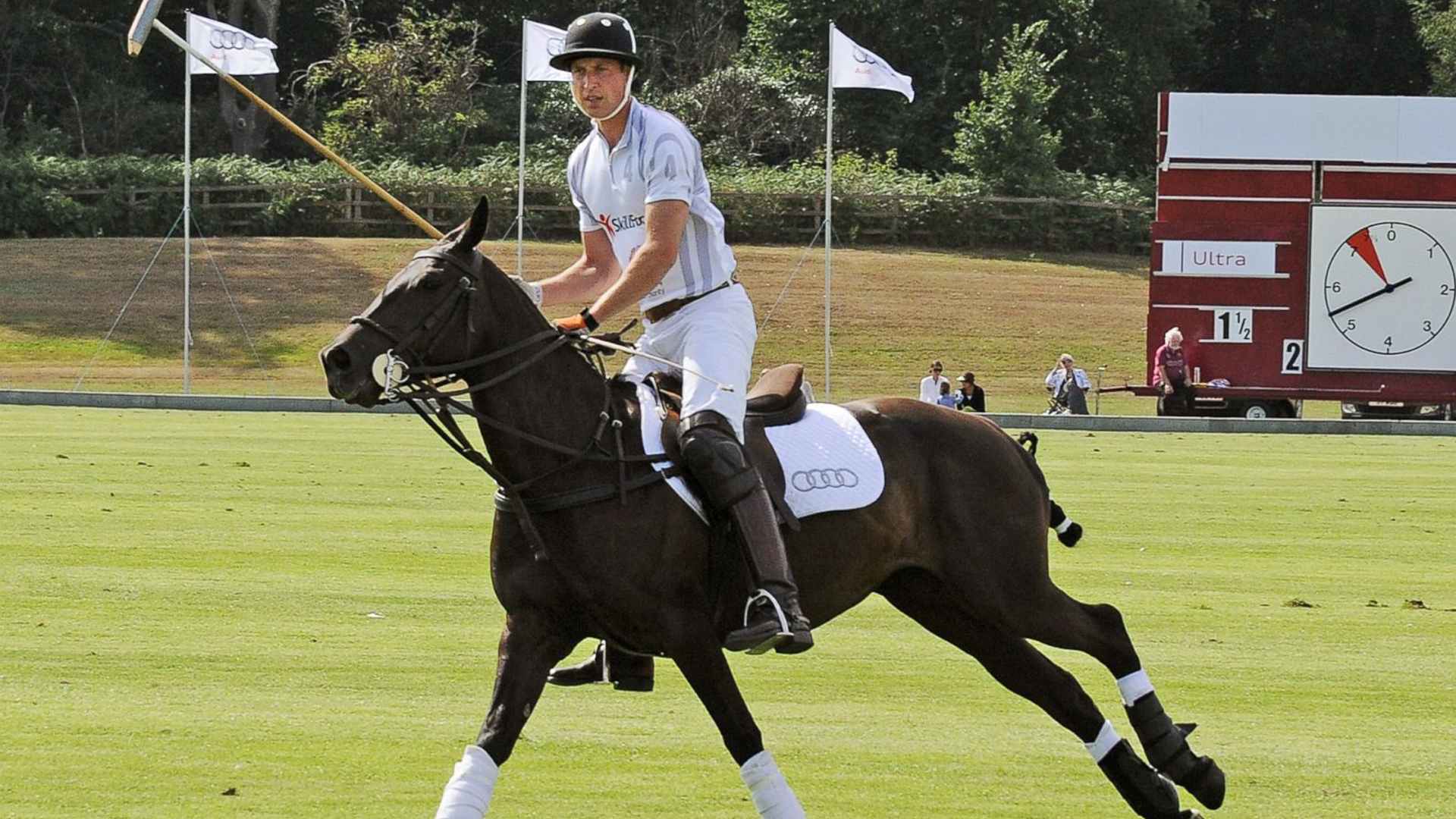 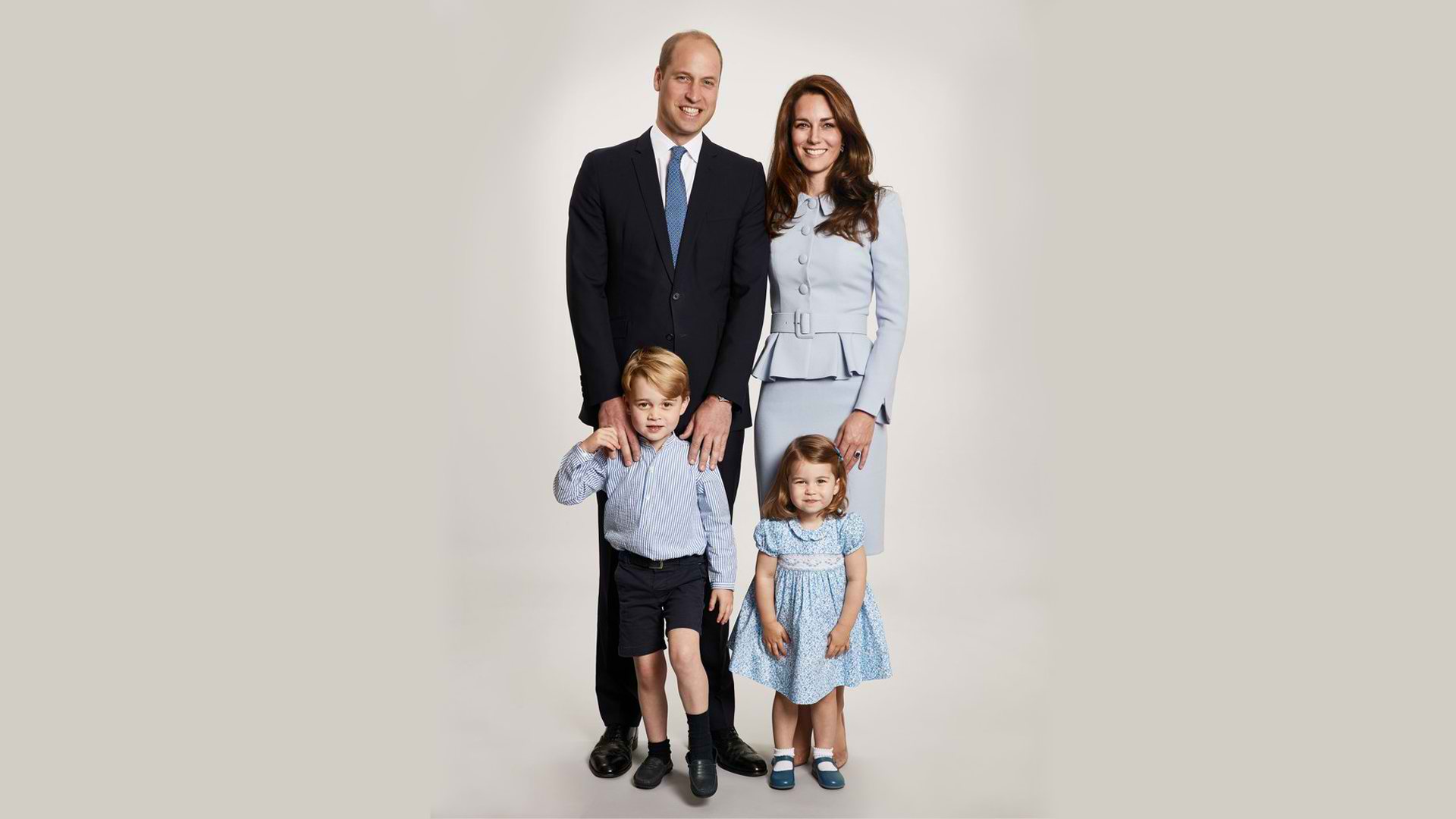 The Duke of Cambridge (Prince William) is the elder son of the Prince of Wales, Charles and Diana, Princess of Wales. He was given the title The Duke of Cambridge by The Queen on the day he married Kate Middleton in 2011. Prince William is a remarkable polo player given that he is left handed and polo is only permitted right-handed. Duke of Cambridge, a left-handed sportsman, has nonetheless learnt to play with his right hand. He and his brother, Prince Harry both are Polo lovers and are supported by their families during the matches. 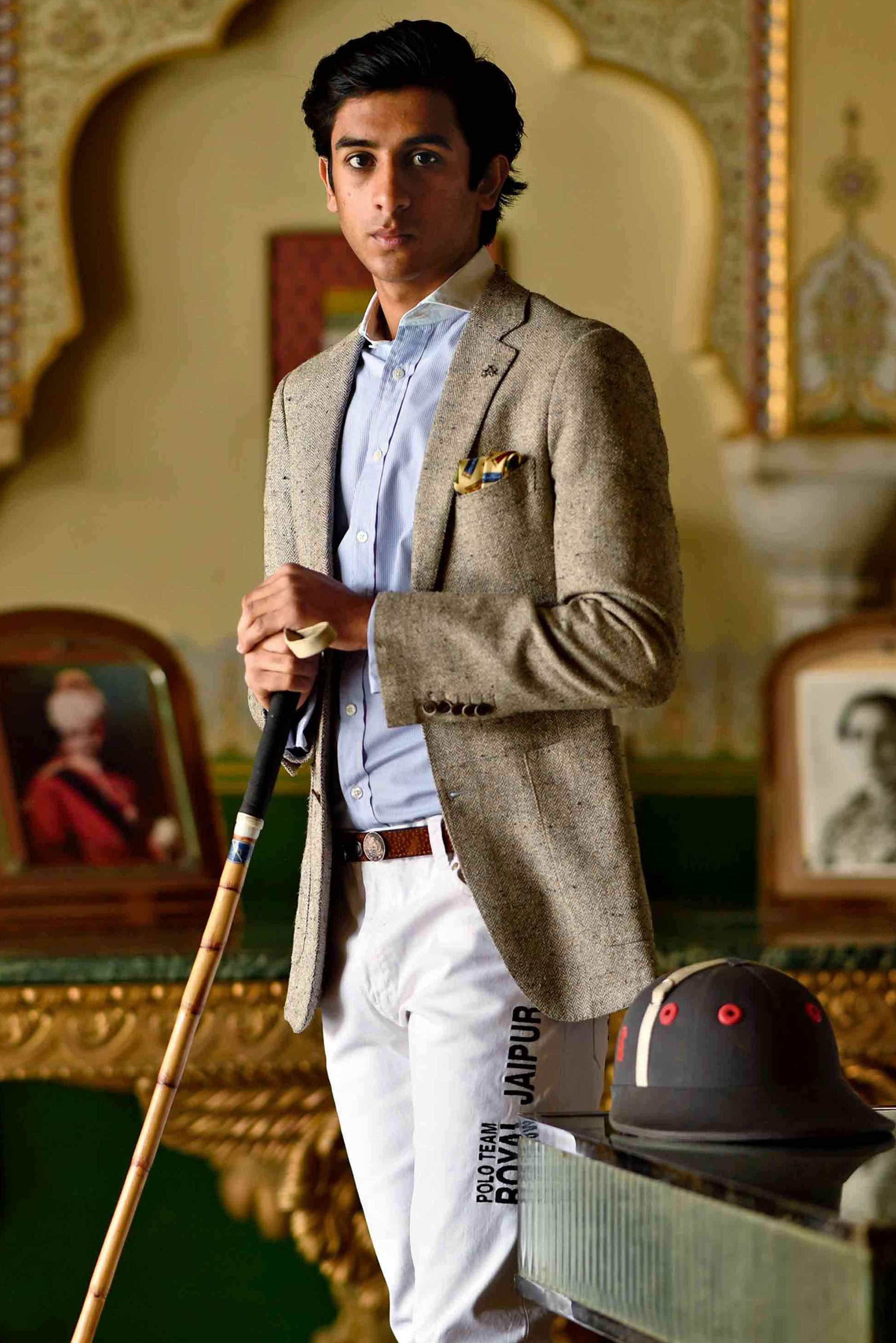 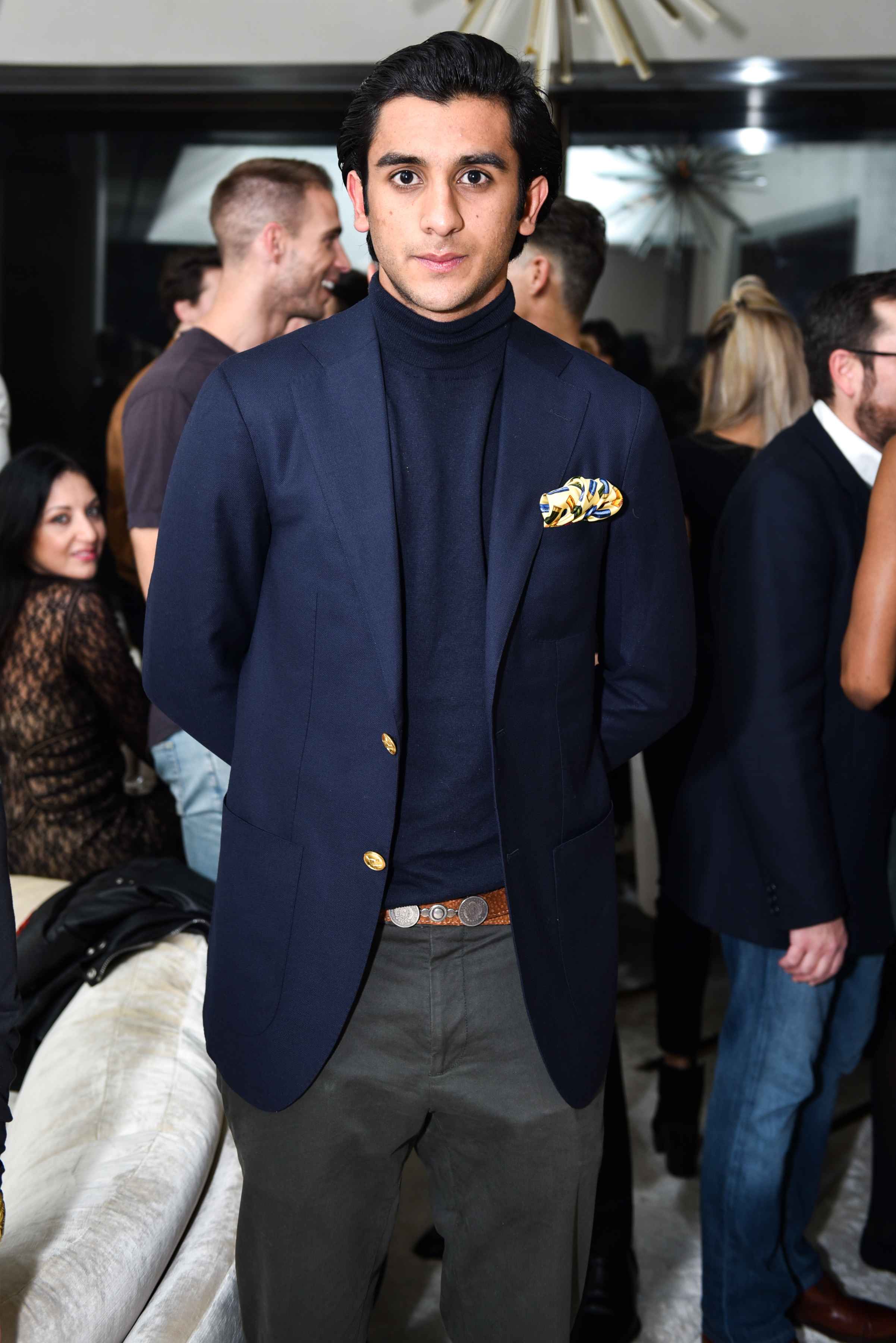 The descendent of the royal family of Jaipur and the grandson of arguably the greatest Indian Polo player who earned glories for Indian Polo all around the world, HH Sawai Man Singh, Padmanabh Singh has imbued the Indian Polo scene with dynamism and vivacity. Padmanabh, popularly known as Pacho has risen up the ranks with an abrupt pace demonstrated by his handicap which has risen up to +3 in India and +3 in England. He has received the “Breakout player of the year” in 2015 at the Yes Bank Indian Masters Polo. 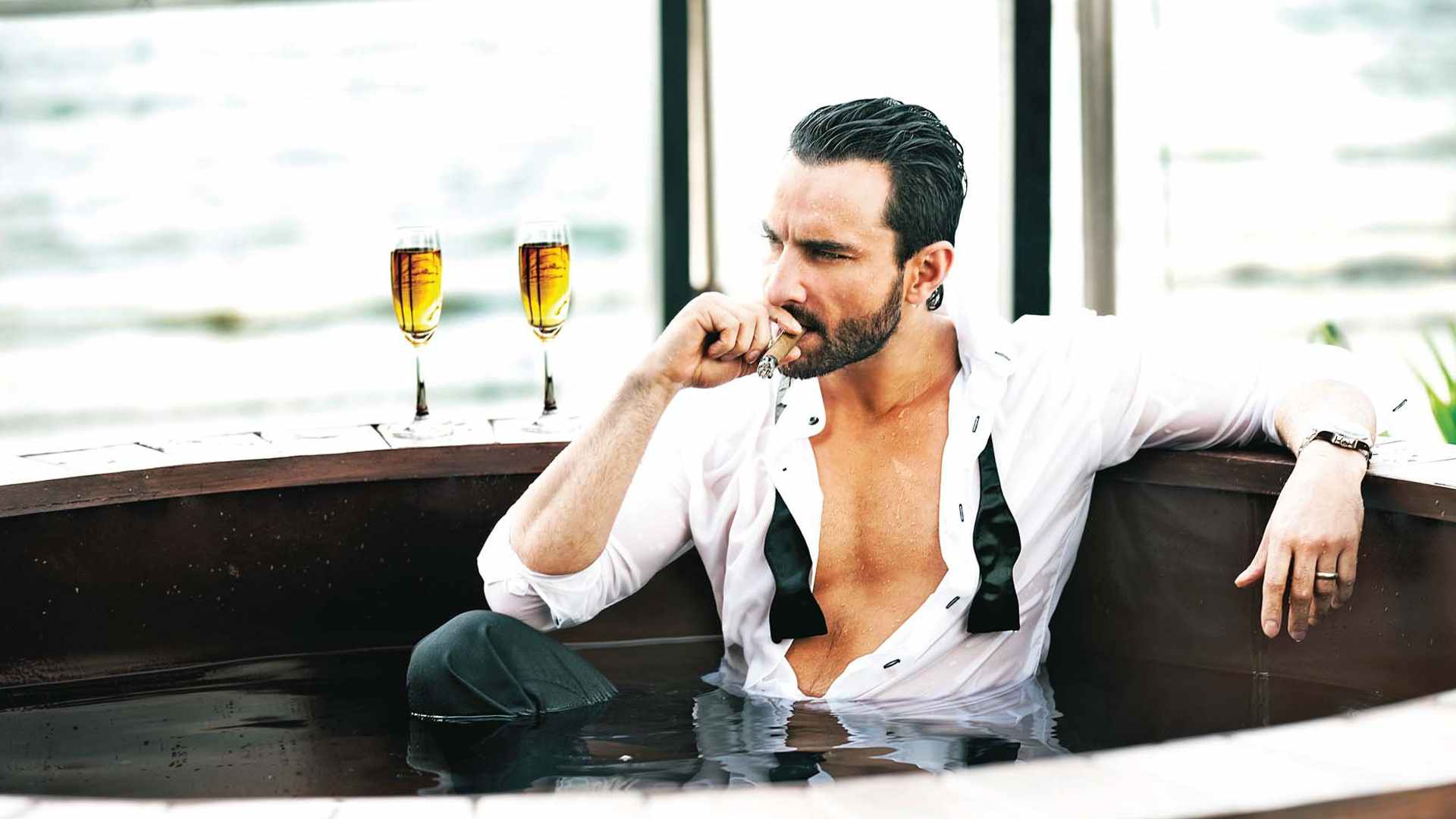 He is the Nawab of Patuadi and an ace actor from Bollywood; he carries the pride of one of the most prestigious royal families in India and the style icon for the younger audience. Being closely tied with Polo and a whole League of polo the Bhopal-Pataudi Polo Cup named after his father Nawab Mansoor Ali Khan Pataudi and his maternal grandfather Nawab Hamidullah Khan of Bhopal in recognition of their enormous contribution to Polo he carries a lot of responsibilities which he made them look very easy. He proved that he loves this sport…Polo as much as his father and grandfather did. By organising the event himself after his father’s unfortunate death and showing off his dressing sense in major Polo events in India he made the statement very clear that he is Nawab of style too.