The bright sunny day got all peeped up to come as a proof of the action that gave shape to the second day of IPG Col Girdhari Singh Memorial Cup. The day had the following team composition who battled against each other:

Match 1- Rajnigandha Achievers vs Horse & Wagon
The first match started off on a quick tone with Matthew Perry taking hold of the ball to strike the first goal of the day. This goal had the opponent team in blaze where Bhawani Kalli stroke two goals back to back for the team where the first goal was a 40 yard penalty shot while the other was 30 yard penalty. With this the chukker wrapped at 2-1. Galloping in the second chukker, the game got into action with Bhawani again at strike for a 60 yard penalty. Bagging the third goal for the team, Bhawani came into action for the fourth goal too. Building the pressure on other team, Horse & Wagon had come into lead, and just then a 40 yard penalty was whistled in favor of Rajnigandha Achievers. Taking the strike, Matthew scored the second goal for the team. The chiller ended at this with the LA POLO scoreboard reading 4-2. The third chiller got into tough action where both the teams scored only one goal each. Starting with Matthew's strike, the team witnessed it's third goal while this move was counter attacked by Kuldeep's attempt towards bagging another goal for Horse & Wagon. The chukker ended at 5-3. With this, the match was all set to get into play for the last chukker, which opened with Bhawani taking the strike once again, who stroke the sixth goal for the team. This was followed by Matthew's attack to bag in the fourth goal for Rajnigandha Achievers. The match wrapped with another goal in favor of Rajnigandha Achievers, but even then they could not come up as the winners. The scores remained at 6-5. 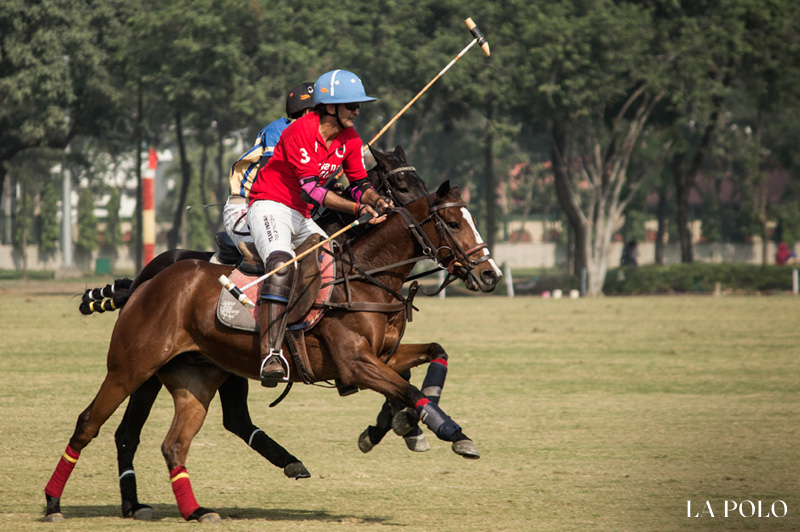 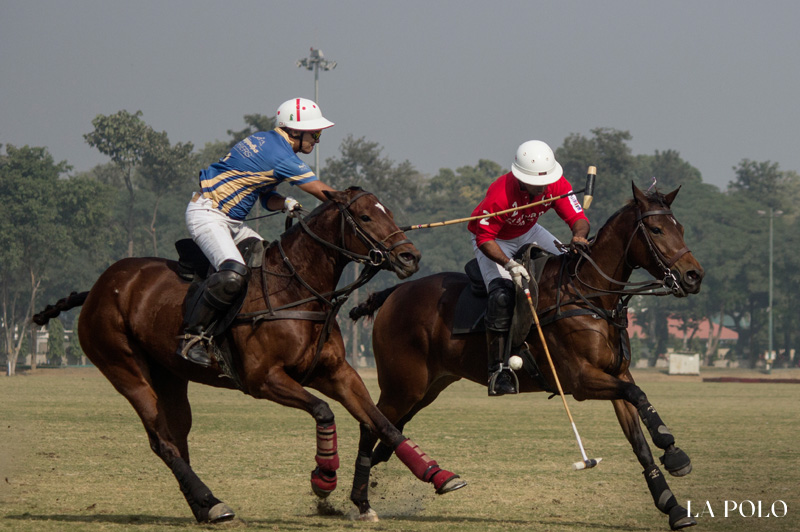 Match 2- 61 Cavalry vs Salvo
The second match of the day held at AEC ground where team Salvo was granted a lead of 1.5 as the total handicap of the team could not total up-to 8. The game opened with Maj Aman Singh on strike who converted his attempt into the first goal of the match. His move was complemented by his team mate, Lt Col Vishal Chauhan who bagged the second goal for the team. With this, the opponent team had started to come into quick action and witnessed Maj Arjun Patil striking the first goal for team Salvo. But the joy was limited as +5 handicap player, Basheer Ali came on strike to score the third goal for 61 Cavalry. The chiller wrapped at this with a score of 2.5-3. Following into the next chukker, the match witnessed yet another goal in favor of 61 Cavalry stroke by Lt Col Vishal Chauhan. The opponent team could make any change and thus the match galloped into the third chukker which remained pretty much similar with only a goal coming in form of a 30 yard penalty in favor of 61 Cavalry which had Basheer Ali on strike. With this, the chukker wrapped at a score of 2.5-5. Coming into action once again, the match was all set for the last and the final chukker. With some harsh words on the ground between players and a lot of anxiety, the chukker witnessed one goal for each team where Cdr AP Singh was on strike from team Salvo marking the second goal for the team while Basheer 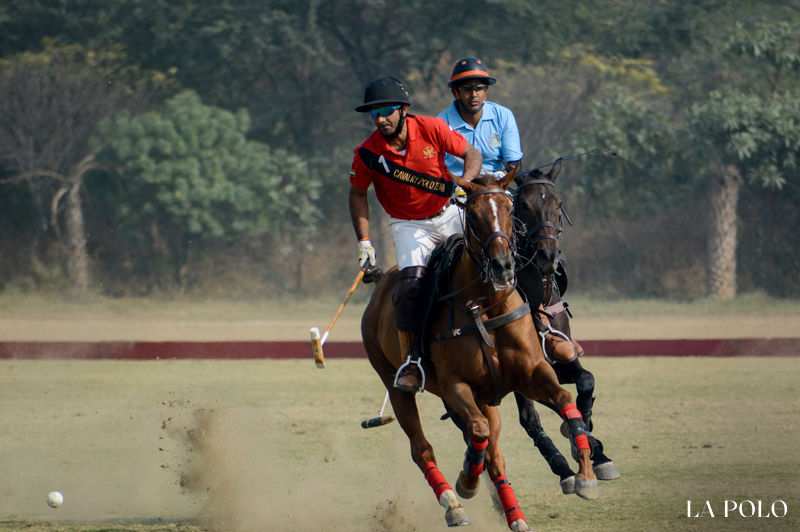 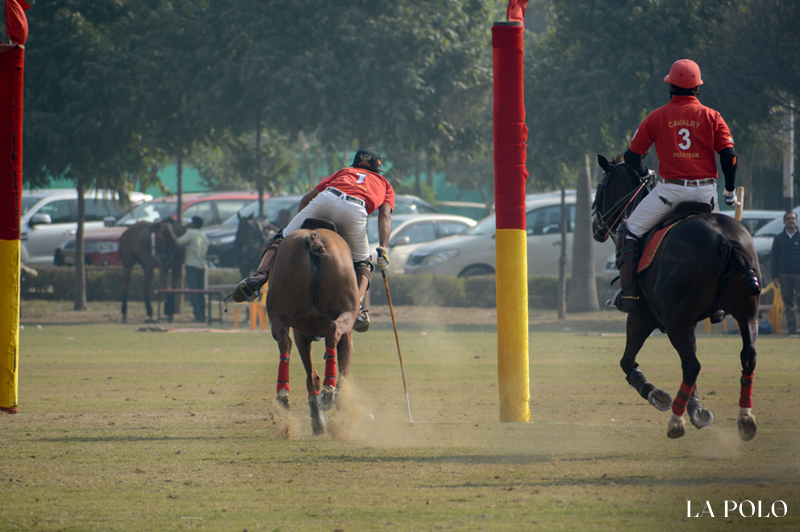