Battling On The Second Day Of SMS Gold Vase


The second day of the 8-goal tournament witnessed a taut battle at Army Equestrian Centre.


The first match of the day, Sona Polo vs Sahara Warriors, kicked off at 2:30 pm with both the teams battling hard for a goal.


The first chukker kicked off with Sona Polo, playing in black, and Sahara Warriors, in white, assembling on the field with umpires, Martin Pascual and Naveen Singh, blowing the whistle for the match to start. The first half of the chukker was quite intense and witnessed a tough fight between the two teams for a goal. Abhimanyu Pathak and Matthew Perry, leading their teams’ attack, were involved in a great battle. The first chukker came to life when Matthew Perry drifted past the defense line of Sona Polo to score a fabulous first goal. Sahara Warriors, dominating the game with confidence, ended the chukker with a lead of 2 goals as Matthew Perry scored a goal from the 40’ penalty.

Matthew Perry opened the scoring for the third chukker from a lofted through ball from Vandit Golechha, which he hit powerfully through the goal posts. Running from the right, Salim Azmi was involved in a beautiful play which was defended aggressively by Abhimanyu Pathak as he blocked Matthew Perry. The game progressed as Matthew Perry scoring another one extended Sahara Warriors’ lead. The game for the chukker was in its dying minutes when Salim Azmi passed a through ball which was converted into a goal by Hurr Ali. Vandit Golechha ran towards the open goal but was unsuccessful in scoring and the third chukker winded up at:

The third chukker opened with Siddhant Sharma scoring the first goal for Sona Polo team from a through ball from Abhimanyu Pathak. The third chukker progressed quickly towards its end as both the teams were involved in an intense tussle which finally ended with Matthew Perry dragging the ball towards the goal. The goal marked the 6th goal for Sahara Warriors. The closing minutes of the chukker witnessed another goal from the man in action, Matthew Perry, who winded up the chukker at:

Kicking off the fourth chukker with a goal from Siddhant Sharma, Sona Polo were back in the game as they scored 4 goals in the last chukker. The 4 goals weren't enough for the team to win the match as Sahara Warriors were leading by a great margin. Sahara Warriors extended their lead as Hurr Ali scored a goal from the 30’ spot. The game progressed with Abhimanyu Pathak scoring two back to back goals for Sona Polo team. The last chukker saw Sona Polo dominating the game which was ended with Sunjay Kapur assisting the team with a goal to end the match at: 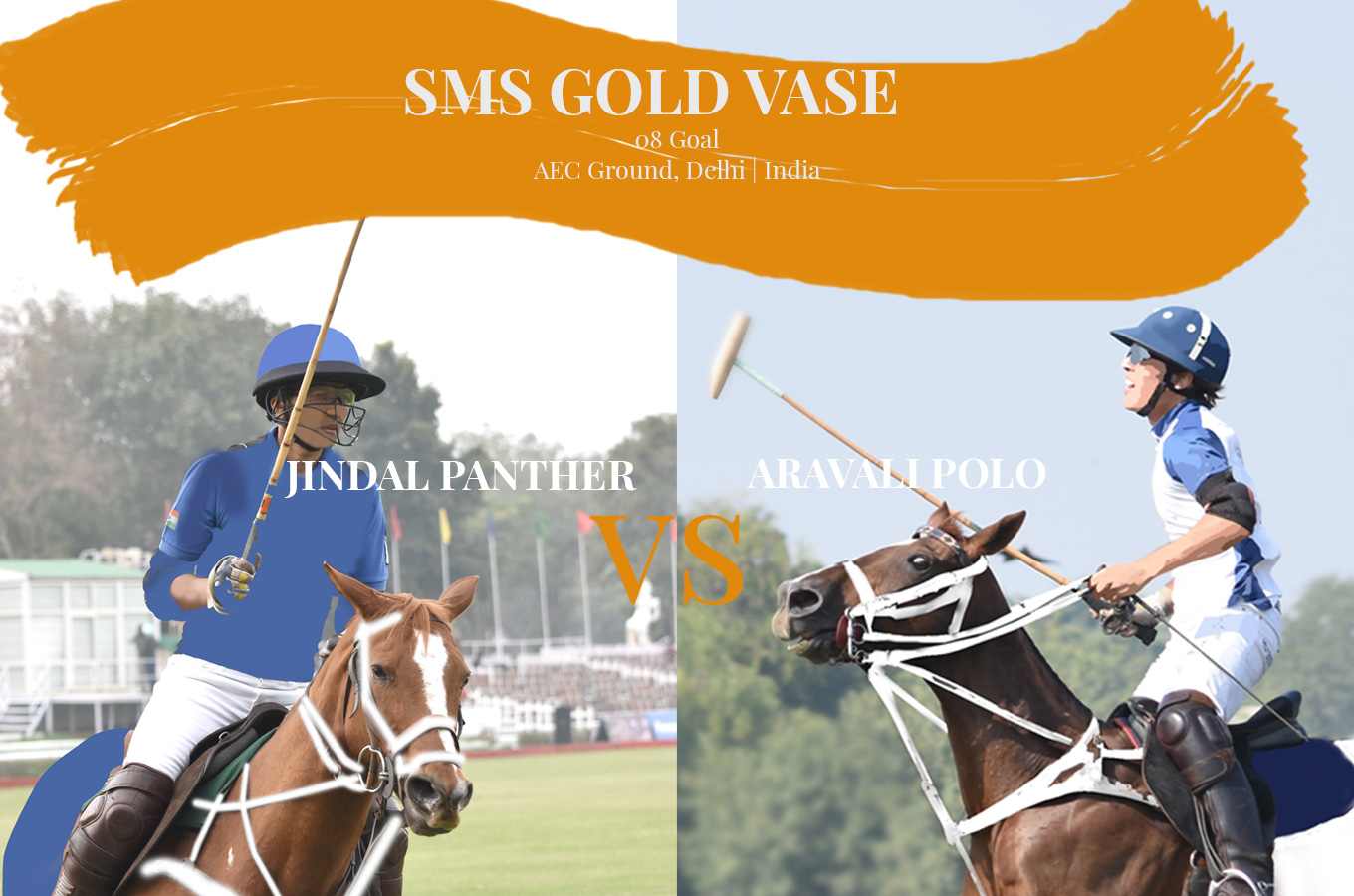 
The second match of the day, Jindal Panther vs Aravali Polo, got into action with the umpires, Martin Pascual and Salim Azmi, blowing the whistle for the teams to battle it off for the match. The team in black, Aravali Polo, opened the scoring for the match with Manolo Llorente scoring from the 40’ penalty spot. Tom Brodie, drifting past the defense line of Manolo Llorente, converted Simran Singh Shergill's through ball to equalise the scores and ended the first chukker at:

Scoring off from a lofted shot, Jindal Panther quickly took the chance of an open defence line to get into the lead with Simran Singh Shergill hammering the ball right in the middle of the goal. Dodging the ball past Pranav Kapur, Tom Brodie created another scoring chance but missed it by a few inches. The second chukker saw Jindal Panther dominating the match completely as Manolo Llorente was busy defending the goal in the first half of the chukker. Simran Singh Shergill scored another one as he tapped the ball in from a fabulous through ball from Dhananjai Singh. Tom Brodie passed a powerful pass to Simran but it couldn't be scored and the chukker winded up at:

The third chukker opened with Jindal Panther scoring yet another goal to extend the lead. Sameer Mecca, the young lad, scored Jindal Panther's 4th goal. With Aravali Polo struggling to get a score, Jindal Panther were confidently leading the game with Simran Singh Shergill managing the defence of the team. Not allowing Aravali Polo to score, Jindal Panther defended Manolo's chance but a spot hit was awarded to Aravali Polo with an open goal. Manolo Llorente scoring the second goal of the match, brought Aravali Polo get back in the game. Dhananjai Singh quickly retaliated the goal as he tapped in the ball from Simran Singh Shergill’s pass which was blocked by Manolo but Simran's bump disallowed Manolo to run off with the ball as Simran scored the goal and the chukker ended at:

The last chukker of the game saw Aravali Polo scoring the only goal of the chukker. Kuldeep Singh Rathore smashed the ball from the 30’ penalty spot. Jindal Panther, keeping the possession of the ball, disallowed Aravali Polo to score any more goals and won the second match of the day with the match ending at: