After a whole week of overwhelming performance, team Rajnigandha Achievers and team Jindal Panther entered the finals of the Bhopal Pataudi Cup 2019 after defeating team 61 Cavalry and Sona Polo respectively in the semi finals.

The match started soon after Mrs. Kalaan did the ceremonic 'throw-in'. The finals of the Bhopal Pataudi Cup , an 8 goal tournament started with Simran taking the ball but was unfortunately blocked in. Pacho then takes the ball in his control but the defensive moves of the opponent did not have any easy chance for Padmanabh Singh. He was taken by Simran once again and almost galloping solely, Simran Shergill got on to collect the first goal of the tournament in favor of Jindal Panther. The game marched further into the chukker but did not see any more action on the scoreboard, although the field was full of defensive and strategic moves with the ball rolling between players. It was only in the last 30 seconds when Simran and Pacho got entangled in moves where Simran seized the ball and just like the first goal took it solely for the second goal. At this the chukker ended with Jindal Panther maintaining the lead at 2 goals to nil for Rajnigandha Achievers. 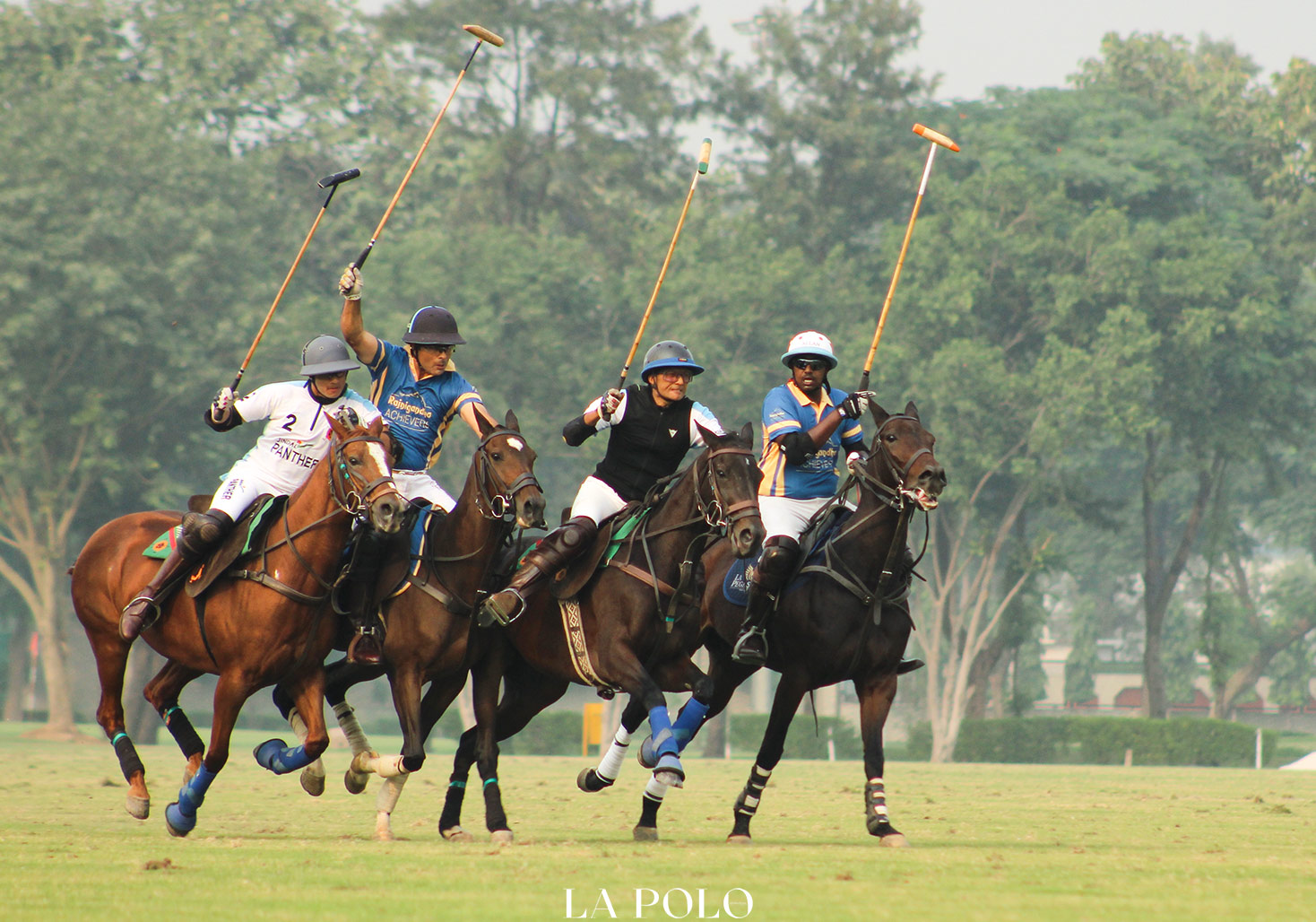 The second chukker started with Angad Kalaan throwing the ball as an umpire. It was followed by Daniel Otamendi quickly taking a sharp goal marking the first goal of Rajnigandha Achievers. Soon after this, both the teams came in the centre but in a hustle, Daniel Otamendi was mistakenly injured by Simran's stick. This showered Rajnigandha Achievers with a 60 yard penalty which Danile Otamendi took but was stopped by the opponent team. This was followed by another 50 yard, but was missed again.

Galloping further into the game, Simran Shergill took a solo run but unfortunately missed the clear shot. The chukker did not see any more goals. 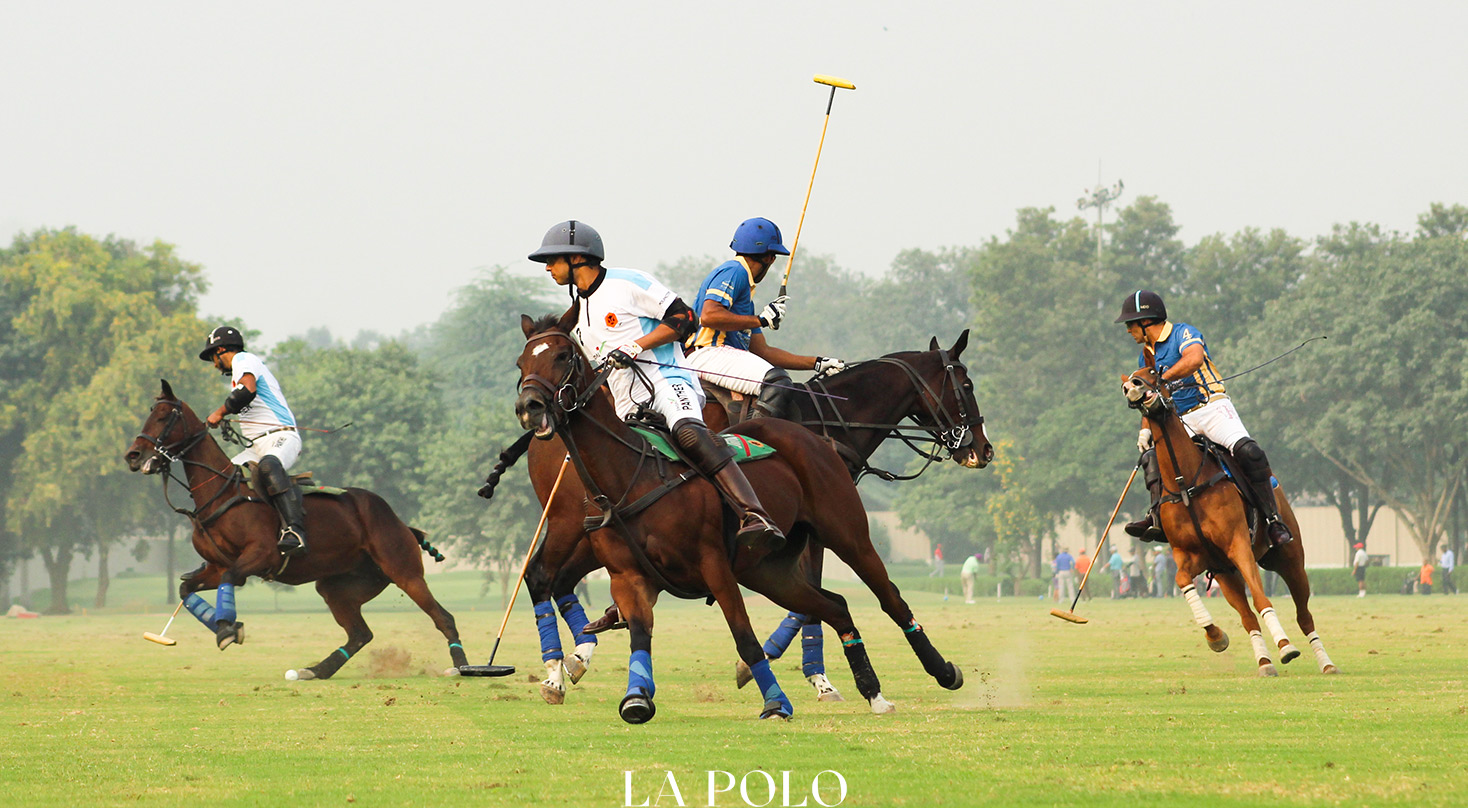 The last chukker of the match had Jindal Panther in lead. Both the teams had to work hard to seize the victory under their name. At this, team Rajnigandha Achievers had the opportunity to grab a 40 yard penalty which Daniel Otamendi took and converted into a goal. At this, both the teams stood at an equivalent score. Soon after this, Otamendi took yet another 30 yard penalty and yet again converted it into a goal. Team Rajnigandha Achievers now maintained a lead of 3 goals to 2. Team Rajnigandha Achievers were stuck to the game now and in a cut shot, Daniel Otamendi struck another goal for his. With this, he had seized a hat-trick for himself and a lead for his team. The chukker rested for half chukker and soon after this, the last 3mins and 14 seconds were going to a full packed chukker of sharp and strategic moves. At this, Simran took the ball and passed it to Phil Seller but the umpire whistled for a foul. The game started off again and Daniel tossed the ball and took under goal taking it solely but was soon caught by Simran at which he lost the grip of the ball, but Kuldeep Singh seized the opportunity into a goal. The match started off once again where a great duo of father son was captured where Naveen Jindal passed the ball to Venkatesh Jindal who converted the pass into a goal. The chukker rested at this and we had the winners of the finals in form of Rajnigandha Achievers. 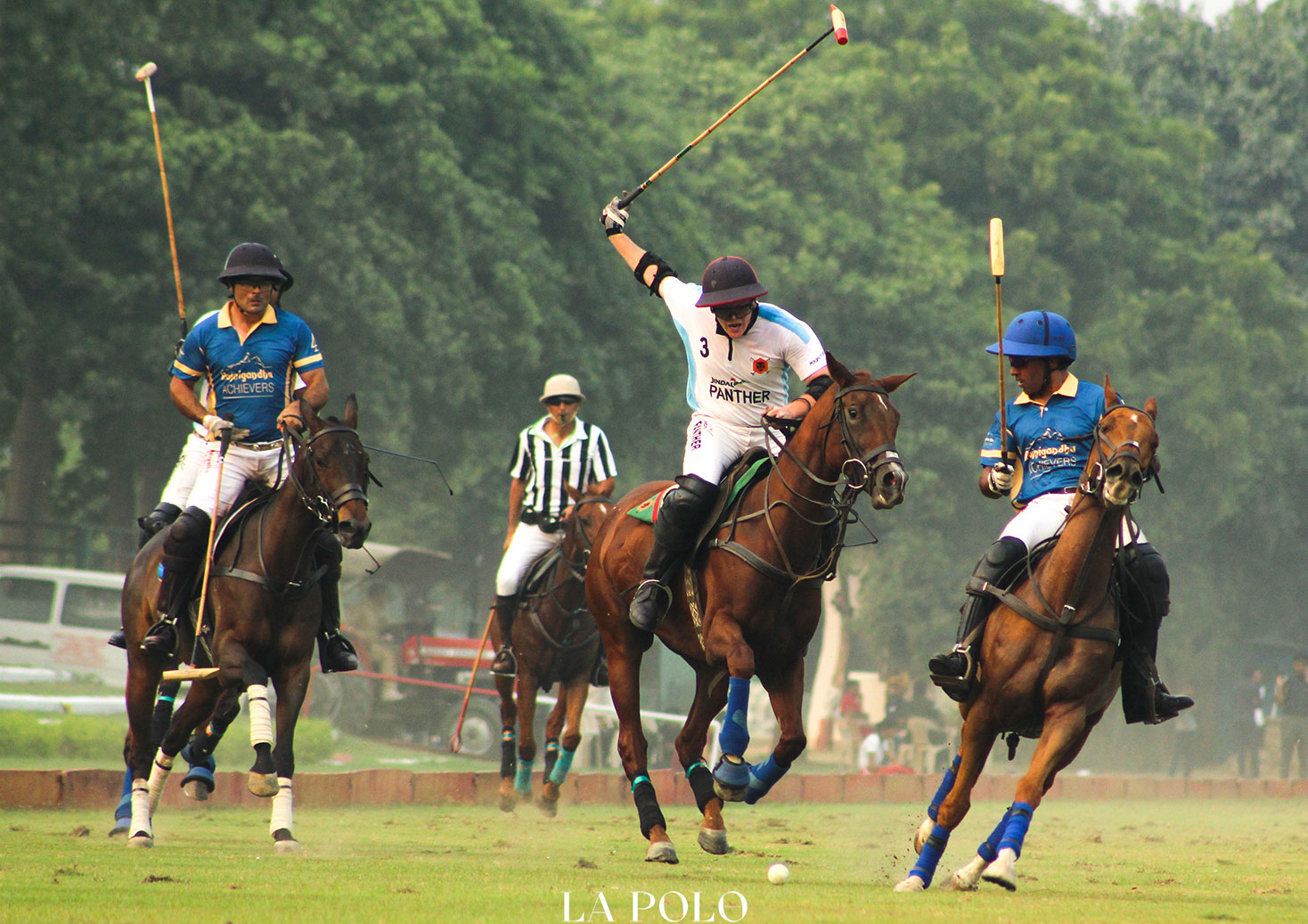