The semi-finals of the Maharaja hari Singh Memorial Cup 2018 was packed with taut performances. Find out who qualified for the finals!


The first semi-final of Maharaja Hari Singh Memorial Cup 2018 saw Aravali Polo and Sahara Warriors in competition. The match started at 2:30 pm at Jaipur Polo Grounds, where the participants from Aravali Polo were, Mr. Raghav Rao(+1), Mr. Kuldeep Singh Rathore(+2), Mr. Angad Kalaan(+3), and Mr. Manuel F Llorente(+6). The Sahara Warriors on the other side was comprised of Vandit Golecha (0), Pranav Kapur (+2), Salim Azmi (+3) and Matthew Perry (+6). Sahara Warriors played in blue while Aravali Polo played in yellow. The umpires of the match were Abhimanyu Pathak and Shamsheer Ali.

The match started on a score of 0.5 - 0 with Sahara Warriors in the lead. Matthew Perry scored the first goal of the match and extended Sahara Warriors lead to 1.5 - 0. Raghav Rao replied back with a quick goal and the score after Raghav Rao’s goal was 1.5 - 1. Angad Kalaan scored a goal for Aravali Polo from 60’ Penalty spot. Matthew Perry scored a penalty to restore Sahara Warriors’ lead. The score was 2.5 - 2. Angad Kalaan scored a penalty 60’ in the last minutes of the game. Aravali Polo Team was leading after the first chukker by 3 - 2.5. 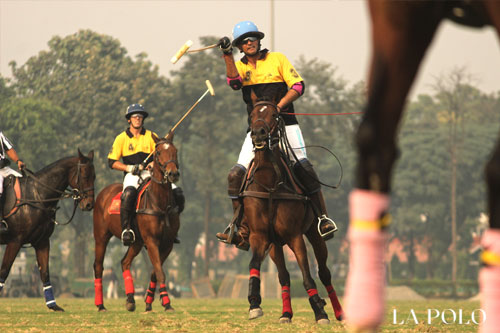 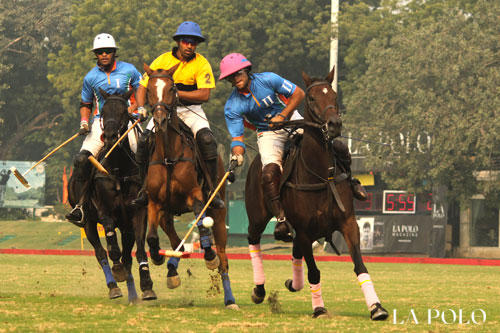 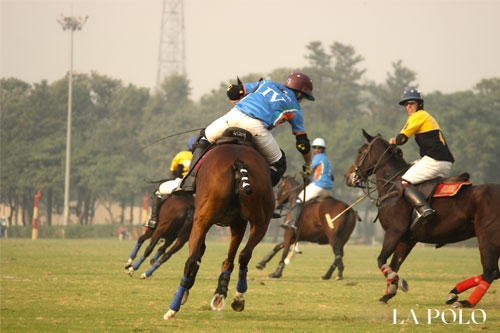 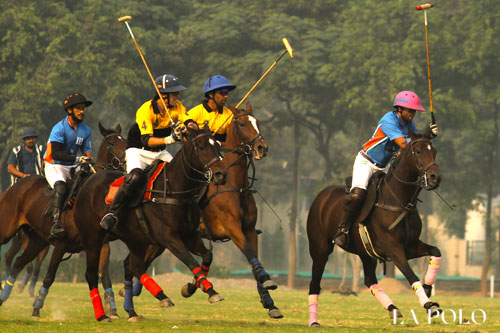 The second chukker kicked off with a goal from Basheer Ali. The score was 1 - 1 after Basheer’s goal. Hamza Ali scored the second goal of the chukker. Hyderabad Chaughan were leading by 2 - 1 after Hamza’s goal. Tom Brodie scored an equalizer in the final minutes of the first half. The second chukker ended on a score of 2 - 2. 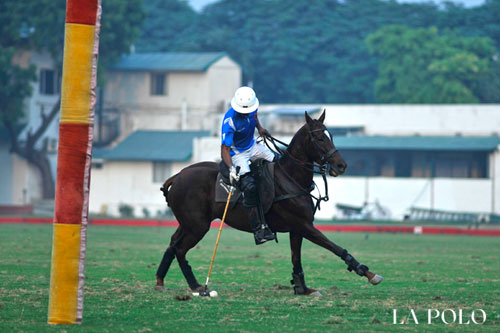 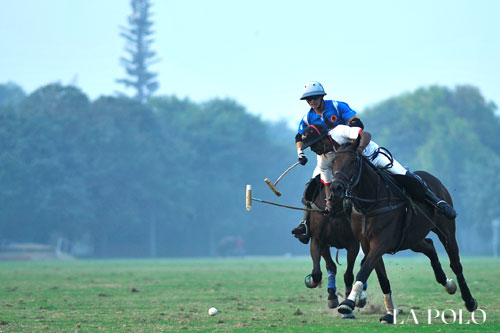 Simran Singh Shergill scored a 60’ penalty in the opening minutes of the third chukker. Jindal Panthers were leading by 3-2. Gaurav Sahgal scored a goal for Hyderabad Chaughan and levelled the scores. The match was getting intense and exciting. The third chukker ended on a score of 3 - 3. 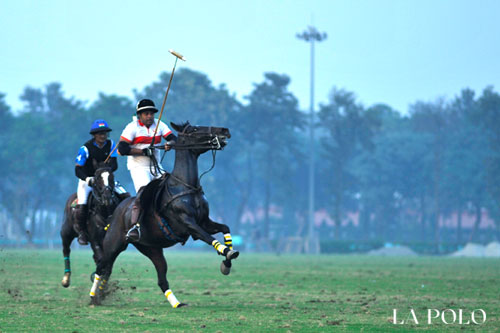 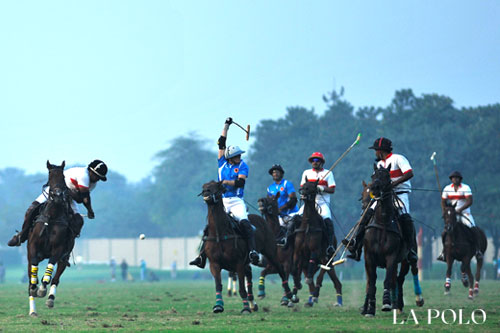 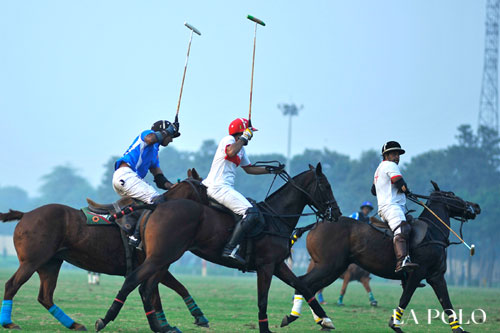 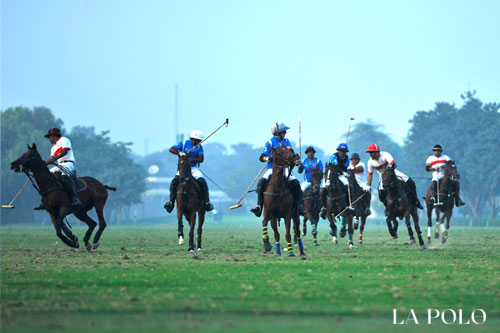 The finals of the Maharaja Hari Singh Memorial Cup will be played tomorrow between Jindal Panther and Sahara Warriors at Jaipur Polo Grounds, Delhi.