Who Makes It To The Finals of Maharaja Jiwaji Rao Scindia Gold Cup?

The match began with a beautiful scramble which concluded with Tom Brodie commiting a foul. Simran Shergill charged up the field but his attempt at the goal was foiled by Anant Rajpurohit's mallet hook. Jindal Panther was awarded a 40 yarder but Tom Brodie was unable to convert it into a goal. Ravi Rathore leads the charge for 61st after foiling another field goal attempt by Brodie. But he wasn't able to advance the field and Jindal Panther regained the possession after another scramble in the middle of the field. The first goal of the match was a beautiful field goal from 61 Cavalry. The 2nd goal of the match came by the way of a beautiful 40 yard penalty conversion by Col. Ravi Rathore.


The 2nd chukker began with a 60 yard penalty for Jindal Panther. Simran Singh Shergill struck a lofted shot which missed the target. Referee reawarded the penalty to Shergill but the result remained the same. Jindal's registered their first goal when Tom Brodie converted a 30 yarder. Vishal Chauhan retaliated with a beautiful field goal in a quick succession to Jindal's goal. A beautiful through ball by Tom Brodie saw the ball very dangerously close to 61st’s goal and Naveen Jindal nailed Jindal Panther’s second goal. Col. Ravi Rathore flawlessly executed a 30 yarder to register his teams 4th goal. Dhanajay Singh fired a through ball to Naveen Jindal delivered the final goal of the chukker.


Tom Brodie equalized the scores by firing from the 40 yard line in the very first minute of the 3rd. A beautiful sequence insued post this goal after which 61st was awarded a 60 yarder. Unsuccessful at converting it into a goal, the match resumed. Simran Singh Shergill played a beautiful defensive game to stop the 61st offense from almost scoring a field goal. Tom Brodie scored an excellent field goal to capture the lead for his team for the first time in the encounter. Simran Singh Shergill concluded the chukker by scoring another field to solidify Jindal's lead by 2 points.


61 Cavalry, trailing by 2 points coming into the final chukker, began the match proceedings in an aggressive fashion. However, Shergill again displayed his beautiful defensive game and regained the possession. Both the teams engaged in a heated back and forth for the next few minutes following which the match was halted. With only 3 minutes remaining in the match, 61st continued their offensive play but Jindal Panthers were able to put off there challenges. They were extremely careful in not giving any fouls to the opposition. Tom Brodie was able to finish off the match with a goal.

The first semi-final of the cup, Rajnigandha Achievers vs La Pegasus Polo, kicked off with a change in La Pegasus team. Abhimanyu Pathak was playing in place of Samir Suhag. The match kicked off with the umpires, Martin Pascual and Siddhant Sharma, blew the whistle for the match to start. The first chukker kicked off with Matthew Perry hitting a hard shot towards the goal in the first minute. The score was 1-0 after Matthew's goal. Progressing towards the half time of the chukker, Matthew Perry scored one more from the 30’ spot. Matthew Perry, single-handedly leading his team, scored one more in the final minutes of the chukker which was quickly relayed by Gaurav Sahgal as he scored the last chukker of the match .


Kicking off the second chukker with a goal, Hurr Ali displayed a great play from the attack. Rajnigandha Achievers, not allowing La Pegasus to score even a single goal, were dominating the match completely. Matthew Perry, scintillating from the right, scored a fabulous goal to mark the 6th goal for Rajnigandha Achievers. Gaurav Sahgal, surpassing all the defenders, from the left, made a brilliant towards the goal but couldn't convert it to a goal. Matthew Perry, taking advantage of Pranav Kapur's mistake, scored a goal in the last 30 seconds to mark the 3rd goal of the chukker. Resuming the game from the half, Matthew Perry scored one more and winded up the second chukker at:


Matthew Perry, scoring one more goal for Rajnigandha Achievers, opened the scoring for the chukker as the scoreboard read 9 - 0. Dhruvpal Godara, hit a beautiful shot from the 60’ spot, marking the first goal for La Pegasus. The match was in its final minutes when Dhruvpal scored the second goal for La Pegasus from the 40’ spot. The score was 9 - 2 when Matthew Perry running with the ball tamed the other team to score a goal. The third chukker winded up at: 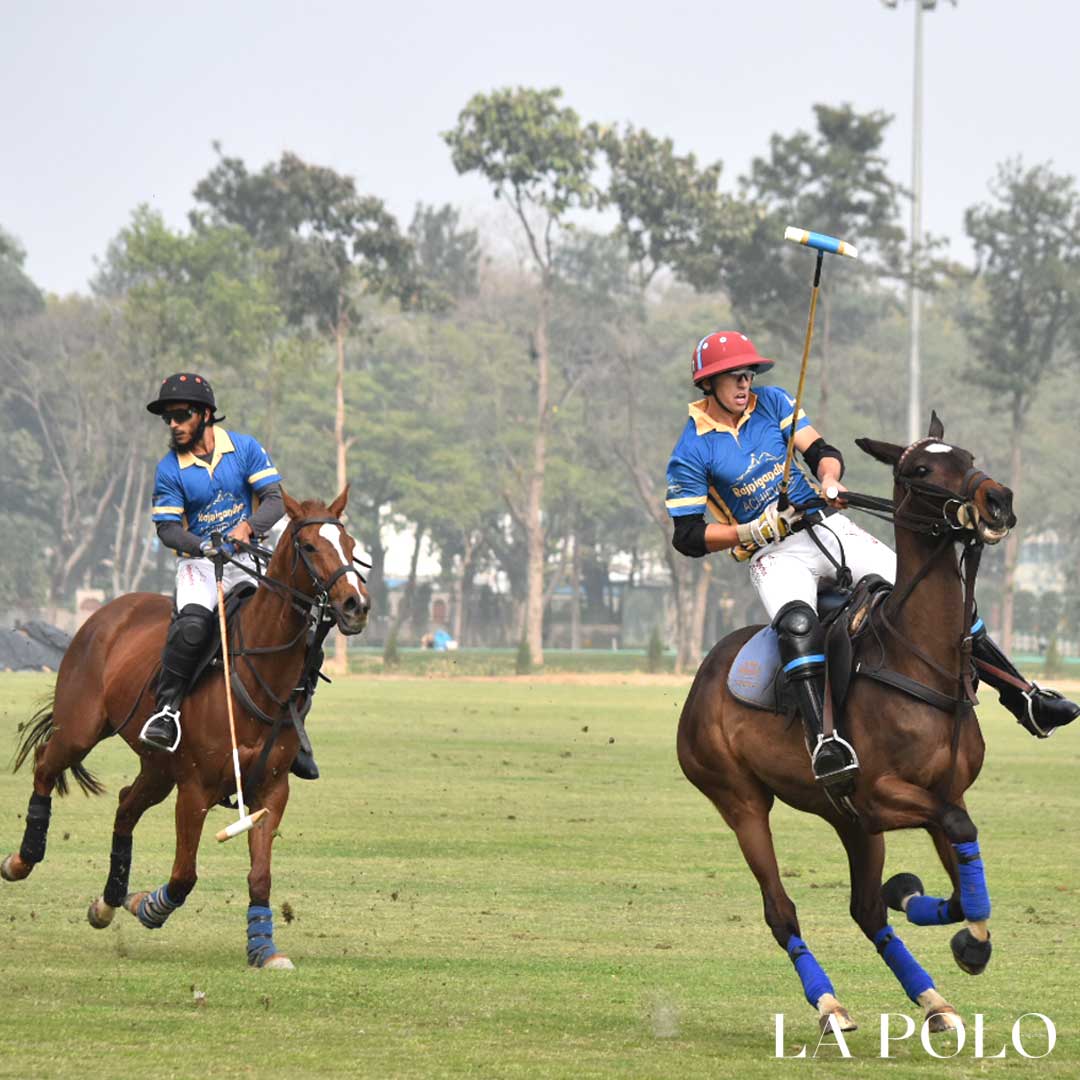 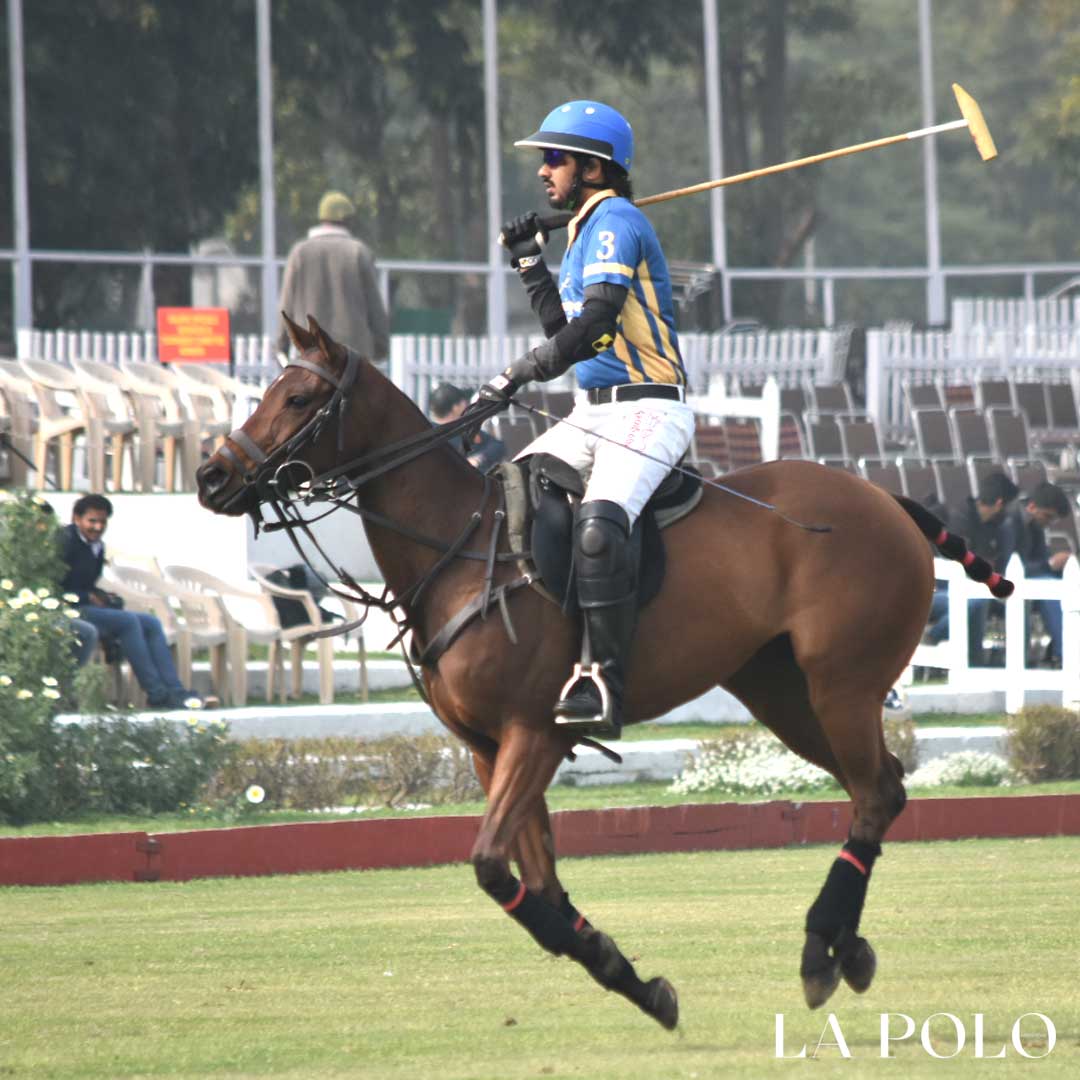 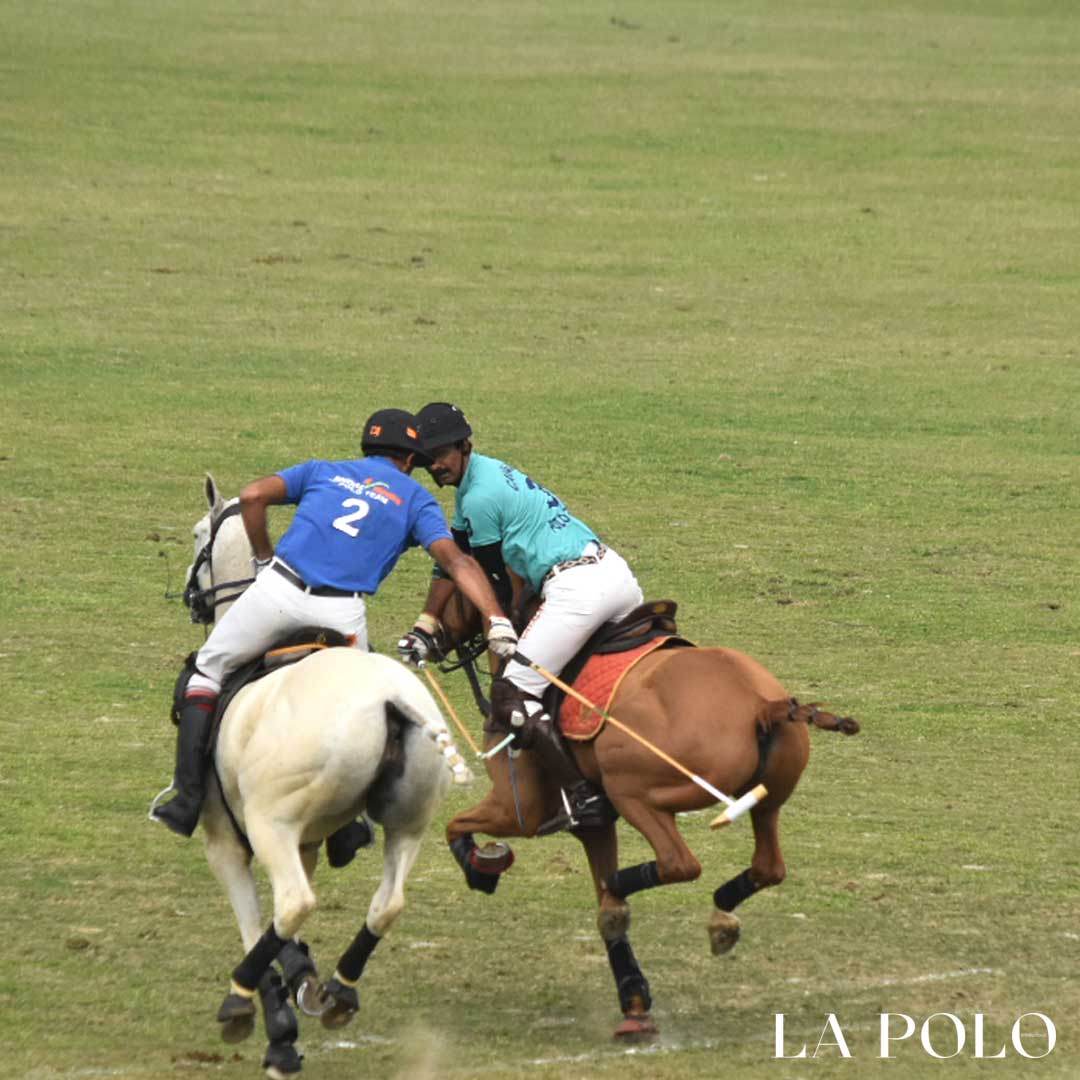