The only rule to have is having no rules at all: Shandur Polo Festival


Polo is the passion of the northern areas, where many believe, the game was invented. Gilgit is home to a plaque bearing the famous inscription: “Let other people play at other things, the King of Games is still the Game of Kings.”

When people are passionate about something, they let their emotions get the best of them and that’s exactly what happens in freestyle polo that is played between the teams of Chitral District and the districts of Gilgit-Baltistan: the only rule they seem to have is having no rules at all. That’s why, more often than not, teams break out in fights and the police have to intervene. 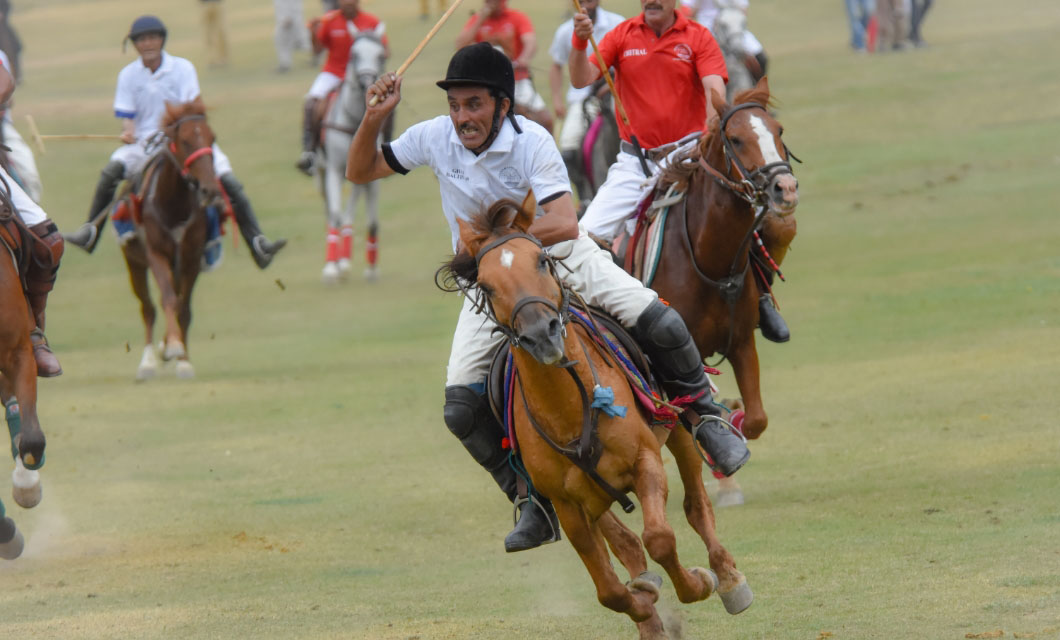 Held at 3,700 meters above sea level, Shandur Polo happens to be the highest polo ground in the world. It’s even 1,844 meters higher than the snow polo ground of St Moritz. For the natives, it’s not just a series of polo matches that are accommodated between July 7-9, it’s a whole festival with folk music, dancing, and camping, and it’s a big deal for the locals. 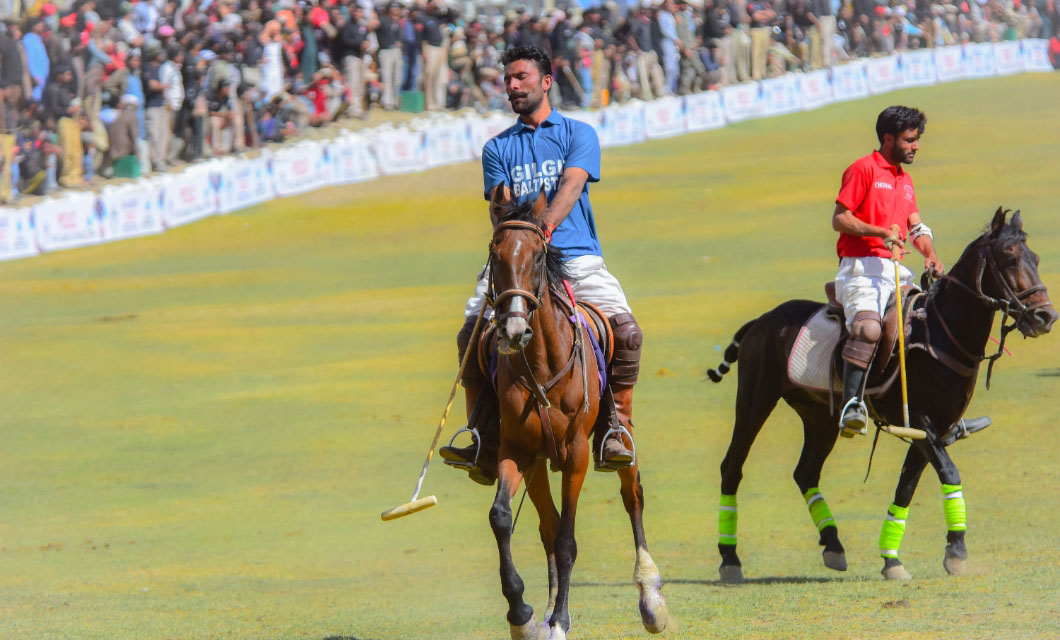 As spectacular as it is, it has its limitations as well. Being played at such a high altitude, the shortage of oxygen causes difficulty in breathing. This necessitates the players and the horses to train rigorously and procure extraordinary skills and tactics for the game. The harshness of the ground and weather pose a big hurdle to the players and horses, so they both need to prepare for the tough task. 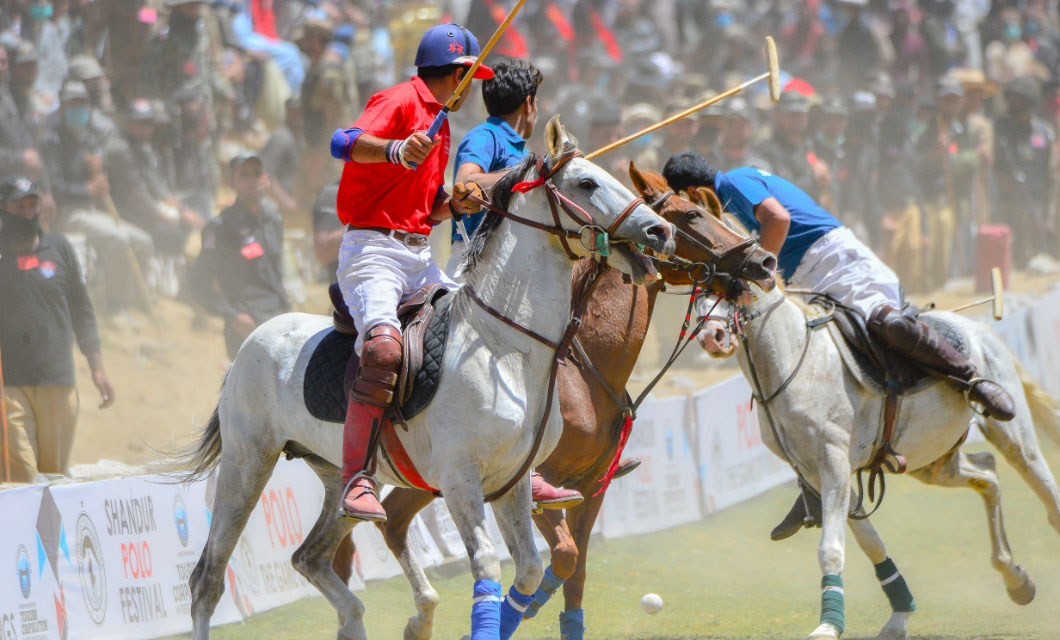 Chitral, Gilgit-Baltistan, and Skardu have always played the game of polo most imminent to its original form. The thing about freestyle polo is there are no rules, there’s no referee, nobody wears any type of protective headgear or a helmet, the only goal of the game is to get the ball across the goal post, that’s what makes it so beautiful but that’s also what makes it probably the most dangerous sport one will ever see, even more, dangerous than rugby or American football. Each team starts off with six members with 2-4 reserve players in case someone faces an injury. The duration of the match is usually an hour which is split into two halves, with 10 minutes interim. In case a player or a horse of a six-member team falls and gets injured, the same number of players and horses of the rival team get off the field as well. 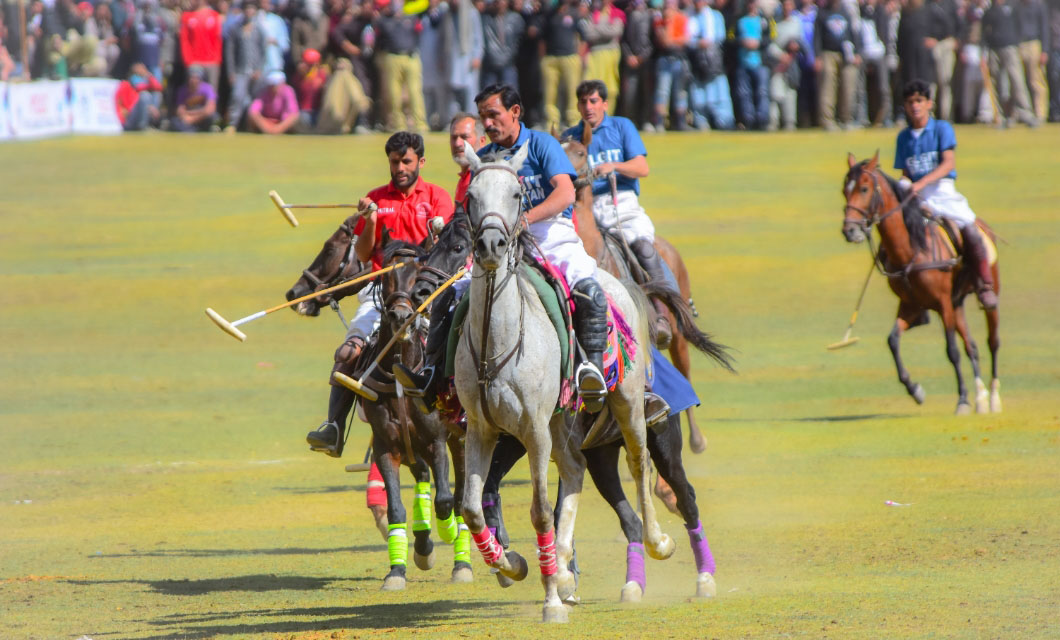 The polo players took the term freestyle quite literally and some laws were introduced to diminish the number of fights. They made striking a competitor in the face and hacking the competitor’s horse's legs illegal, said judge, Yaqub Masroof. “But only, if it is intentional.’’ 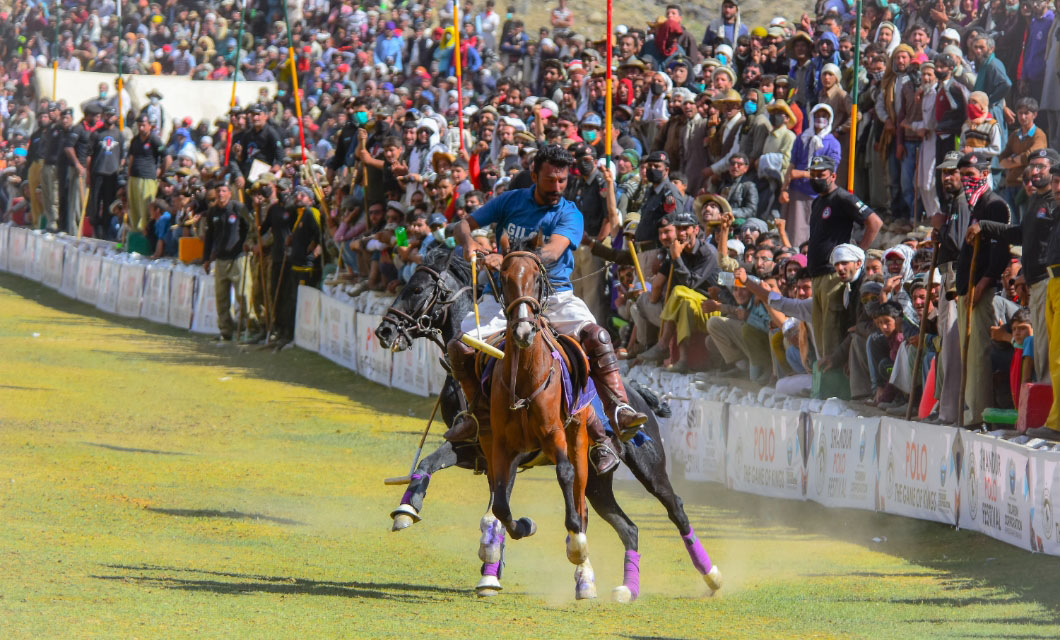 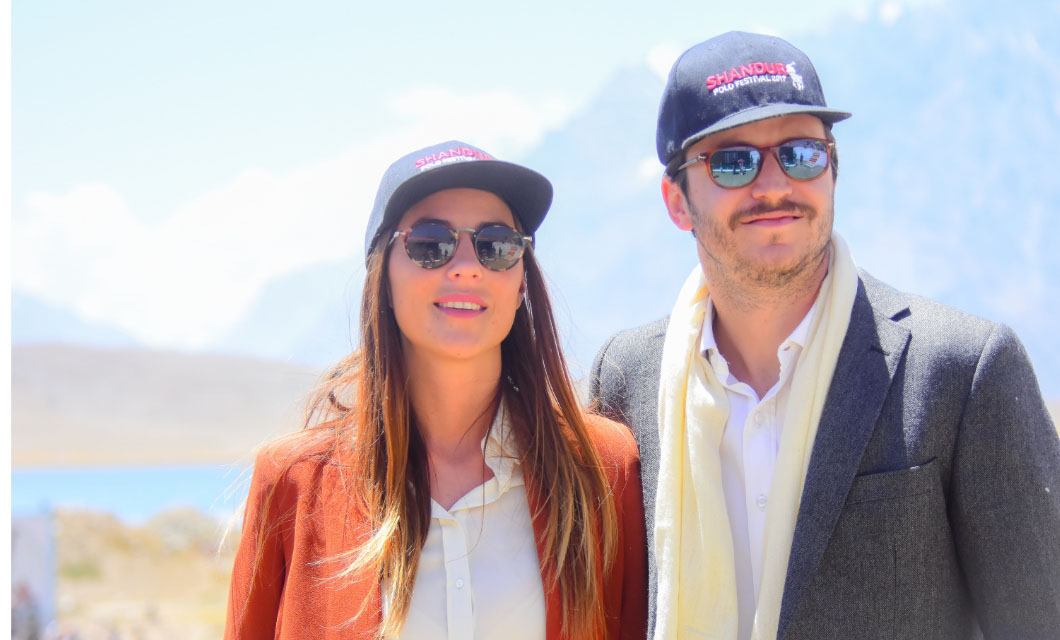 The Shandur Polo Festival has now taken a cultural form. The festival has become a quintessential part of the local customs. The game fills all the spectators with immense excitement and they are eager for the arch-nemesis teams of Chitral and Gilgit-Baltistan to go play against each other, it’s almost the same response that people have during India v/s Pakistan cricket match. The local people of Chitral and Gilgit-Baltistan are on the top of the world (metaphorically and literally) while watching the players of their respective teams play against each other on the top of the peak in Shandur. 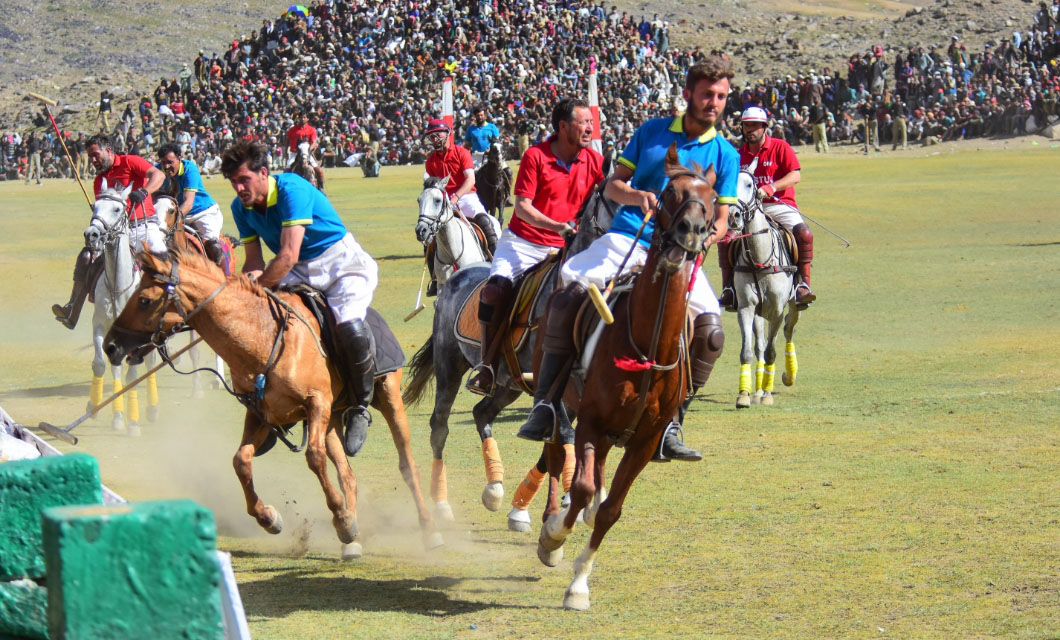 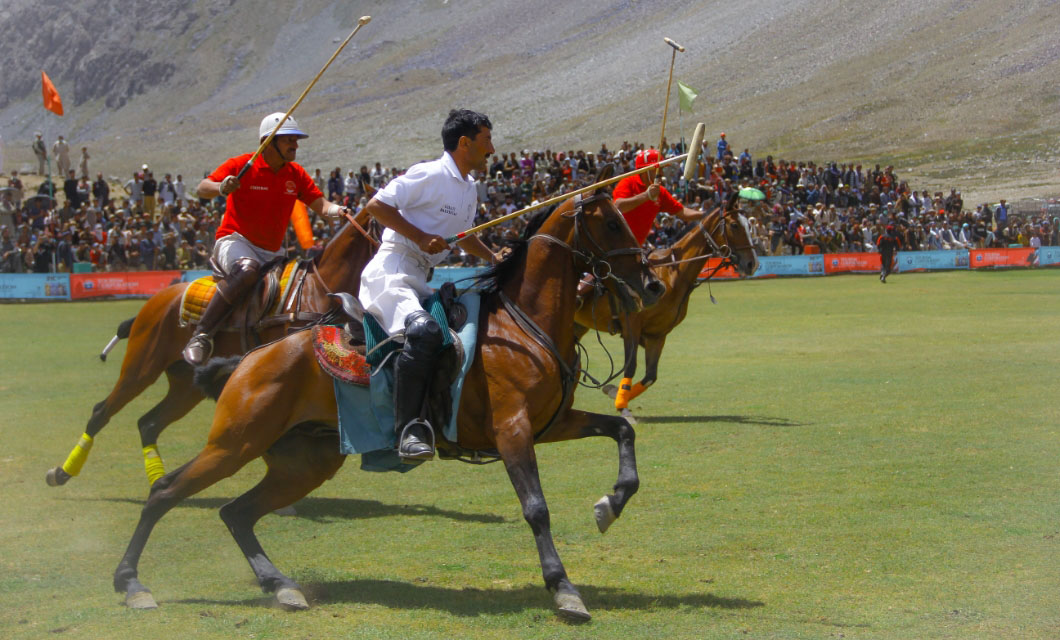 Locals from Chitral, Gilgit-Baltistan, and Skardu aren’t the only people that throng to the Shandur polo ground to experience the spectacular matches; an overwhelming number of domestic as well as foreign tourists visit the grounds to feel the thrill for themselves. Locals boost the morale and showcase their support for their respective teams by paying tributes in the form of poems and folk songs and wishes for their favourite team’s victory in the contest. In the case of non-participation of any team, the spirit of the whole festival is affected severely, and an awful amount of locals don’t show up at the festival, just because their team is laying off for this season. 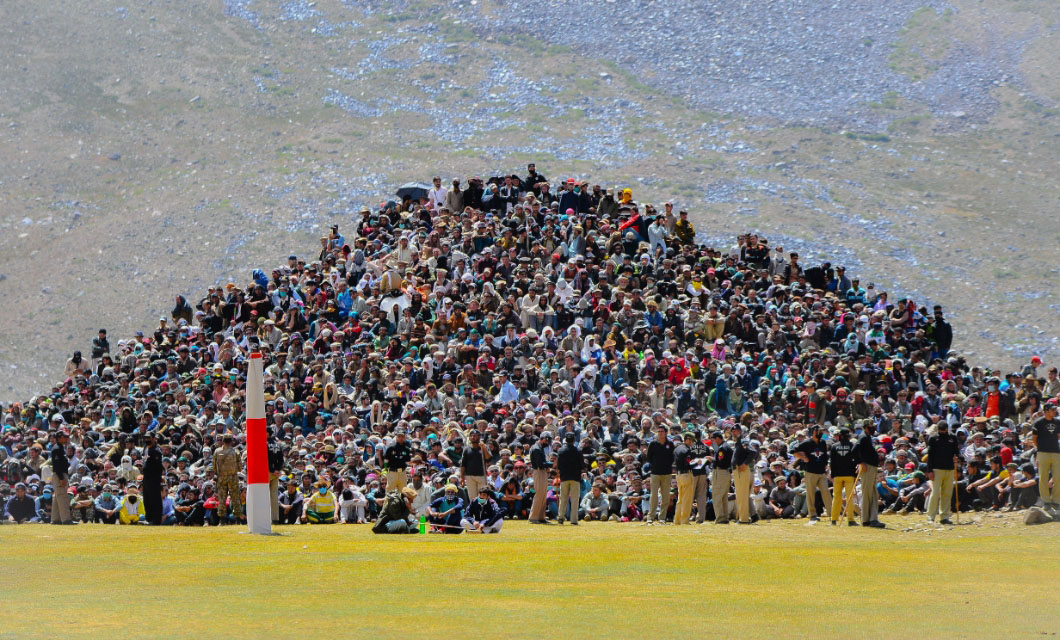