Jerry Thomas, the Father of American Mixology, was an accomplished artist as well


Born as Jeremiah P. Thomas in October 1830, he was the pioneer in popularizing cocktails all over the United States of America. His book, Bar-Tender’s Guide, made him a star and continues to be a seminal work on cocktails and the art of bartending. His achievements and work, establishing bartending as a career, got him the coveted title of the Father of American Mixology.

Often called the original cocktail showman, Thomas knew the tricks of the trade better than anybody else in his time. He knew the how’s, when’s and what’s of positive publicity. Staying in the public eye helped him twofold. It brought his bar more business and for him more accolades, and secondly, it helped his celebrity status further.

In the good times, Thomas would be seen decked with diamonds. Rings, stick pins, cufflinks, every item would be studded with diamonds. In the bad times, he was compelled to auction his possessions. Having started off as a bartender early in life, Thomas found his first job in New Haven, soon after which he travelled to San Francisco in search of better opportunities.

He was a wanderer at heart, an artist in search of his muse. In the initial years, he kept moving from one place to the other, working sometimes in Saint Louis, sometimes in New Orleans, in Chicago, in Charleston, New York and in San Francisco.

Thomas was a man of varied tastes and interests. His collection of gourds was rather famous for its quirk. He was also fond of artwork and had a great collection some of which even featured him in dramatic poses. Member of the Fat Men’s Association in New York, he attended the prize fights religiously. As he gained success as a bartender, he ran his own salons.

His signature drink, the Blue Blazer, pretty much like his own personality in essence, glitz and flamboyance, was made by pouring a flaming stream of blazing whiskey between two metal tumblers.

While his cocktails were loved for their edgy appeal, he was famously regarded as an acknowledged favourite behind the bar, owing to his dramatic style, his charm and personal magnetism.

Dale DeGroff ranks among the few around the world who can successfully make a Blue Blazer. Recalling the great bartender who created the exceptional drink, DeGroff once said: “Great drinks are back. But one aspect of the bartending profession is still unrivalled to this day: the theatre that Jerry Thomas brought to cocktail bars in the middle of the nineteenth century.” 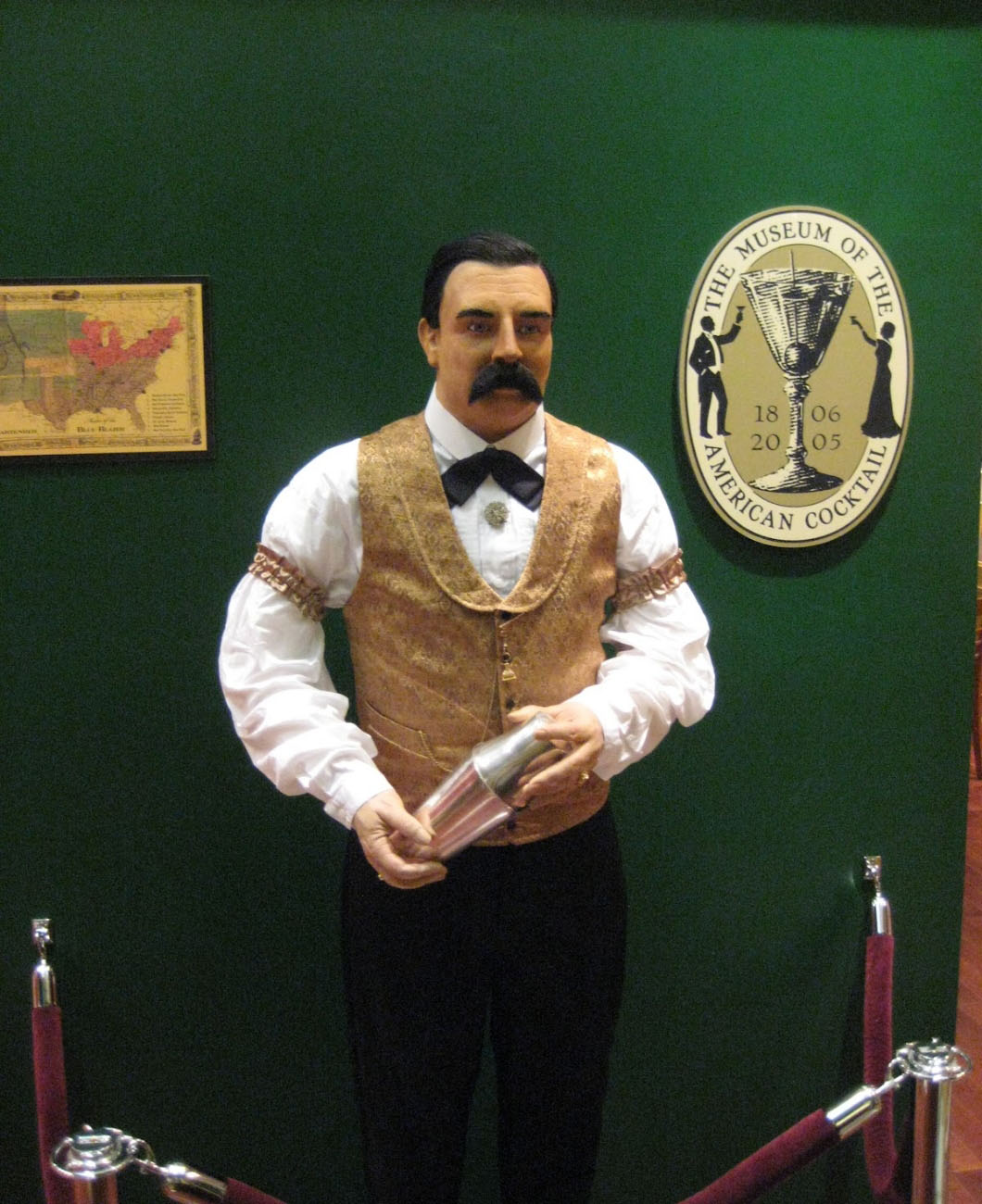 He devised several techniques of mixing cocktails. There were times when he would juggle bottles, cups, mixers, and about anything he used for the mixing process. As a part of his elaborate show, he would also wear flashy jewellery, and would embellish his bar tools and cups with precious stones and metals. His style got him the kind of recognition that was impossible for one to think of, so much so that at one point at the Occidental Hotel at San Francisco, he was paid a salary more than even the Vice President of the United States at that time.

At no point in his career did Thomas stop creating new cocktails. It was as if developing drinks was his true calling. After having made the Blue Blazer at the El Dorado gambling saloon in San Francisco, he went on to mix the Martinez, the precursor of the modern-day Martini.

After working at the Metropolitan hotel in New York, he opened his own bar in 1866, and it went on to become his most celebrated enterprise.

Despite the zeal that he exhibited for life, towards the 1880s he fell on bad times. Lack of judgment with regard to speculation on the Wall Street left him broke, and he was compelled to auction some of the dearest possessions of his life, his successful bar and his art collection.

As an honour to his persona and his achievements, Thomas is featured in the Museum of the American Cocktail.

His prolific life and career are penned down by David Wondrich in his book, Imbibe!: From Absinthe Cocktail to Whiskey Smash, a Salute in Stories and Drinks to “Professor” Jerry Thomas, Pioneer of the American Bar, published in 2007. It went on to become the first ever cocktail book to win a James Beard Award.