Royalty, players from the Regiments and civilian interest have kept the sport buzzing in Singapore


The exact origins of polo in Singapore remain hazy. It is generally understood that it was introduced by the officers of the King’s Own Only Regiment. Therefore, in Singapore too, the royalty played a vital role in the sport.

The earliest records of polo in Singapore are found in The Straits Times, which mentions the commencement of the Singapore Polo Club. This event is mentioned as a meeting called to initiate a polo club in Singapore, on February 9, 1886. The meeting was headed by EW Birch, a group of civilians and several officers, who decided that it was time for polo to be established in Singapore. They collected money to establish a club and level the ground for the game. A set of rules was also agreed upon. 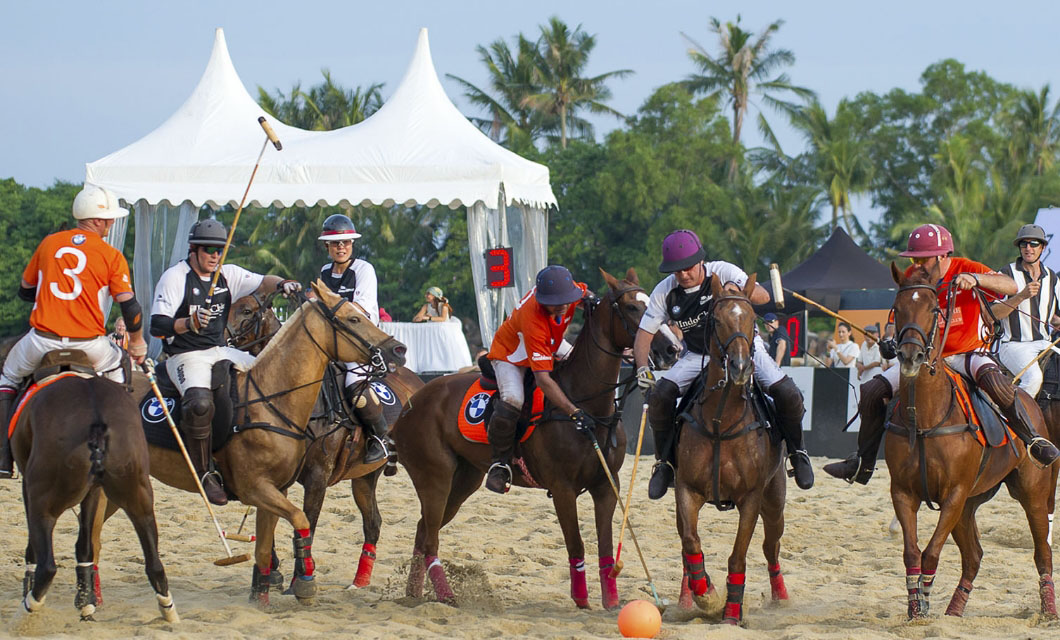 The Singapore Polo Club was founded in 1886. This is thus the oldest polo team in what was then known as the British Malaya. From the beginning of the Club until 1914, the venue that was frequented by the players was Race Course, a major sports location till the 1930s, situated in the present-day Farrer Park.

Prior to the formation of the Club, several attempts had been made to start a sporting club. Once this Club managed to win its place amongst polo lovers, it moved to Balestier in 1914, where it finally set up its own premises. It moved once again to its current location at Thompson in the 1940s. Over these years of constant flux, the Club made an attempt to embrace numerous changes and improvisations to keep up with the developing needs of the enthusiasts.

Polo acquired renewed popularity when the King’s Own Royal Regiment of Hong Kong was transferred to Singapore in January 1899. Some sources hence like to state that the formation of the Singapore Polo Club was 1899 instead of 1886. This means that the precise date for the formation was probably also the day the first game was played at the Club, which is February 16, 1899. The was played at the Race Course, an area which the players had to share with the golfers. 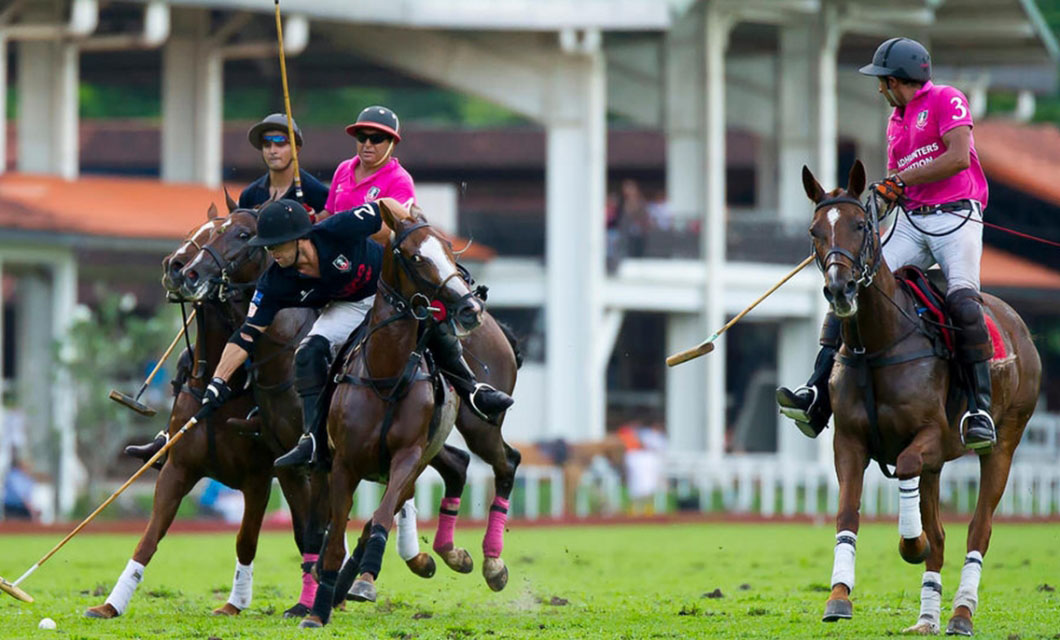 In the initial years of the sport, polo in Singapore was perpetuated through royal patronage. In March 1899, Sultan Ibrahim of Johor intended to learn how to play polo. He opened up the grounds of his own palace at Tyersall to the Singapore Polo Club to organize polo matches.

Thence on, polo in Singapore began to gain popularity under the patronage of several Royal families and individuals.

Prince Henry of Prussia was known to have played polo at the Club for several days in the winter of 1900. In fact, he went on to present a cup to the Club. It was called the Prince Henry’s Cup. Prince Henry thoroughly enjoyed his visit, where the King’s Own Royal regiment had kept the game going. Four teams entered, two that belonged to the regiment, one from the Club and another from the civilians. The civilians managed to compete against their well-equipped opponents. It was only when the civilian ponies at the end gave up, that they lost the match. The Singapore Polo Club was also graced by the visit of the Duke of York on April 25, 1901. This royal presence won polo in Singapore great buzz and excitement.

In 1922, the Club was visited by HRH the Prince of Wales (the future Duke of Windsor), who played a five-chukka game during his visit.

The Club was also graced by the presence of HRH Prince Philip, the Duke of Edinburgh in 1965. He played a match against the Royal Pahang and the Royal Jahore, and won. This match was followed by the honoring of Prince Philip an Honorary Life Membership of the Club. HRH Prince Charles, Prince of Wales, also played here during his visit on January 5, 1974, and received the Honorary Life Membership from the Club.

The club flourished under the affluent Europeans present in Singapore, who travelled on horse-drawn vehicles. By 1904, the Club had developed into a polo centre that had 24 players and each of these players owned two ponies. The membership of the Club had begun to grow every year. The games were still played at the Race Course and attempts were made to enhance the facilities. But there were clashes, and the Singapore Golf Club refused to give up one of its days meant for the polo players. Such problems required the Polo Club to find a permanent place for itself. For a brief period, the game had moved to an area owned by the Sultan of Johor in the Orchard area. 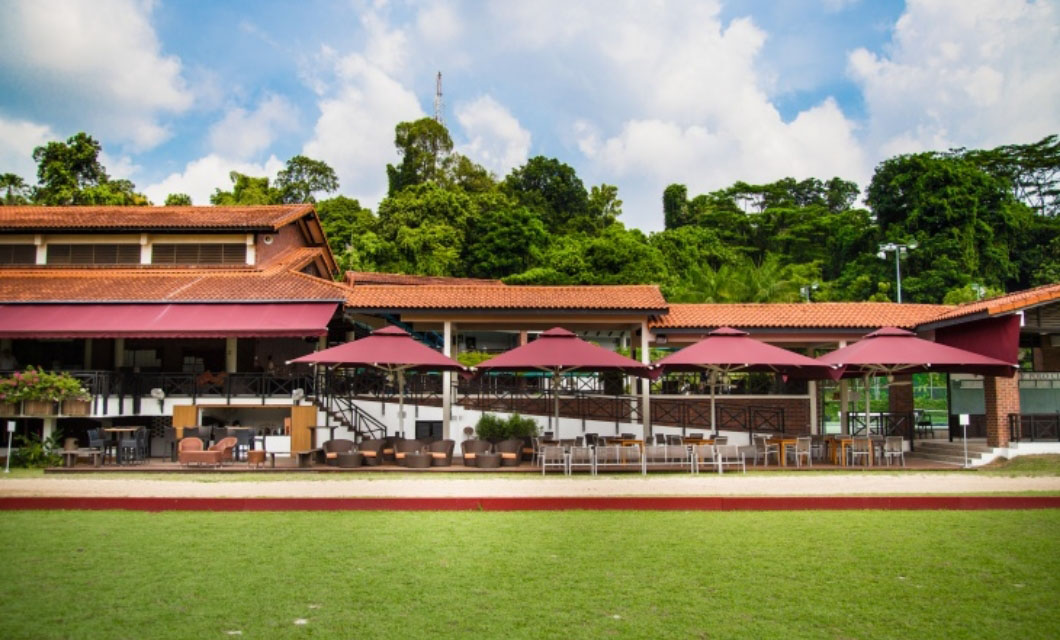 In 1914, the Singapore Polo Club moved to Balestier Road. With the constant arrival and departure of new regiments, the membership too kept altering. Civilians too took interest. Yet, a majority of the members were regimental players, who were constantly transferred.

It was after the difficulties faced during the Second World War that the Singapore Polo Club moved from Balestier to its current location at Thompson Road in 1947. From the next year onwards, tournaments began to be organized here.

In the 1950s major work was undertaken to improve the playing standards at the Club. The grounds were improvised, and a clubhouse was constructed in 1955.The Pony Section, which promised a riding training facility for children was created in 1959, and in 1962, an Adult Riding School was set up. What made the Club social was the fact that they incorporated a special training facility even for the physically disabled. This played a major role in opening up the facilities to the commoners. The focus of the Club was to propagate polo in an advanced form, rather than riding lessons alone. In the 1960s, the Club reduced the subscription rates to increase local memberships. In fact, the Singapore Polo Club went on to elect its first local President.

By the 1980s, when the membership in the Singapore Polo Club began to rise steadily, measures were taken to expand, in order to include new offices and billiard rooms, squash and tennis courts and a swimming pool. When such improvisations were made, people found this Club to be a great way to spend their leisure time while indulging in luxurious modes of relaxations.

Today, the Singapore Polo Club is a brilliant equestrian facility and allows “recreational exchanges, social interaction and private leisure”. The Club is located at Mount Pleasant, which is bound by one of the most scenically beautiful sanctuaries of Singapore’s tropical rainforest reserves. It is seen as an admixture of both urban and rural settings into one.

Satinder Garcha is an Indian entrepreneur who has gained immense experience in polo by playing at the polo capital of Argentina. He is based in Singapore.

In a recent interview, Garcha talked about his involvement with polo in Singapore. Garcha mentioned that one of his daughters has become “one of the stars of polo in Sinagpore”. He elaborates on her splendid riding skills and credits this to the role played by the riding school in Singapore. He allows her access to good horses in Singapore, some of which he is privileged to own himself, as the President of the Singapore Polo Club. He believes polo is “tough fun” where no matter how much attempt is made to melt down the rigid structures and access to the sport, it can never be a sport the mass population can identify with. Yet, having said so, he believes the sport could be improvised a lot more.