On hearing the word “stable”, our visual and olfactory senses are engaged to entertain a certain kind of environment in our minds. Think of lush greens, the smell of freshly cut grass in summers, and of course, rustic sheds that shelter and protect horses. There’s an undeniable pleasure and romance in the countryside. And yet, luxury knows no bounds. Stables around the world have been reimagined and tailored to suit the glory and grandeur of the magnificent stallions. There are establishments for horses that would account for nothing less than superb mansions: 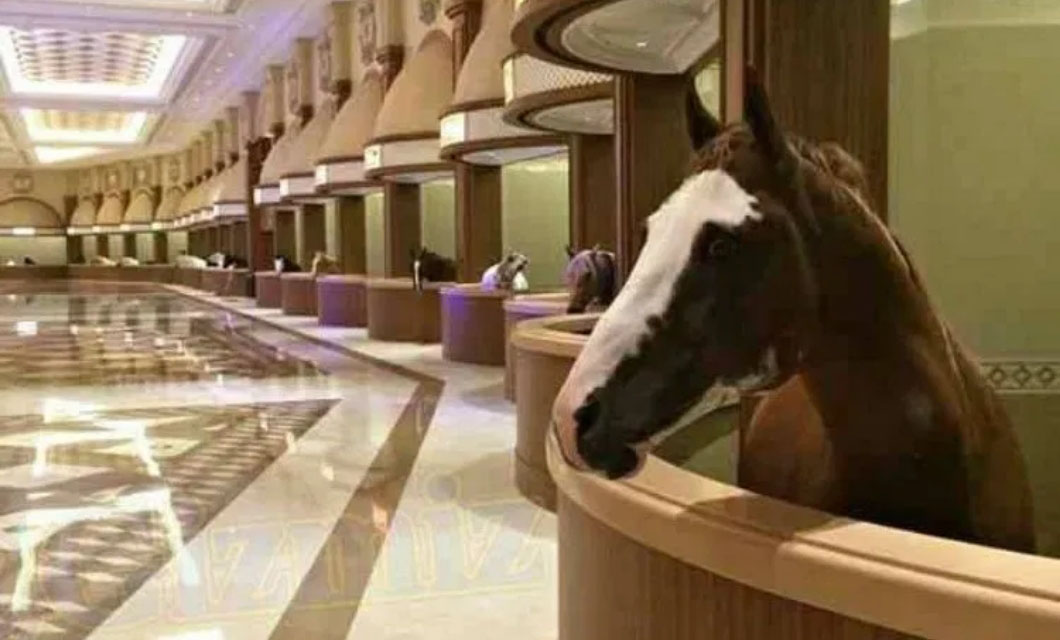 A billion-dollar investment, stretching over 400 mu, embellished with gorgeous marble floors and a golden ceiling, the Heilan Club is as close to a horsey heaven as it can get. With over 400 stallions of breeds that include the famous Hanoverian, Friesian, Andalusian, Lusitano, Lipizzan, brought from Germany, Netherlands, Spain and Portugal, and with widely illustrious dressage displays, this club is all about splendour and indulgence. Set up in 2009, the club has been deemed the “first-ever comprehensive equestrian facility” that to everybody’s surprise, still manages to maintain the smell of fresh farms. 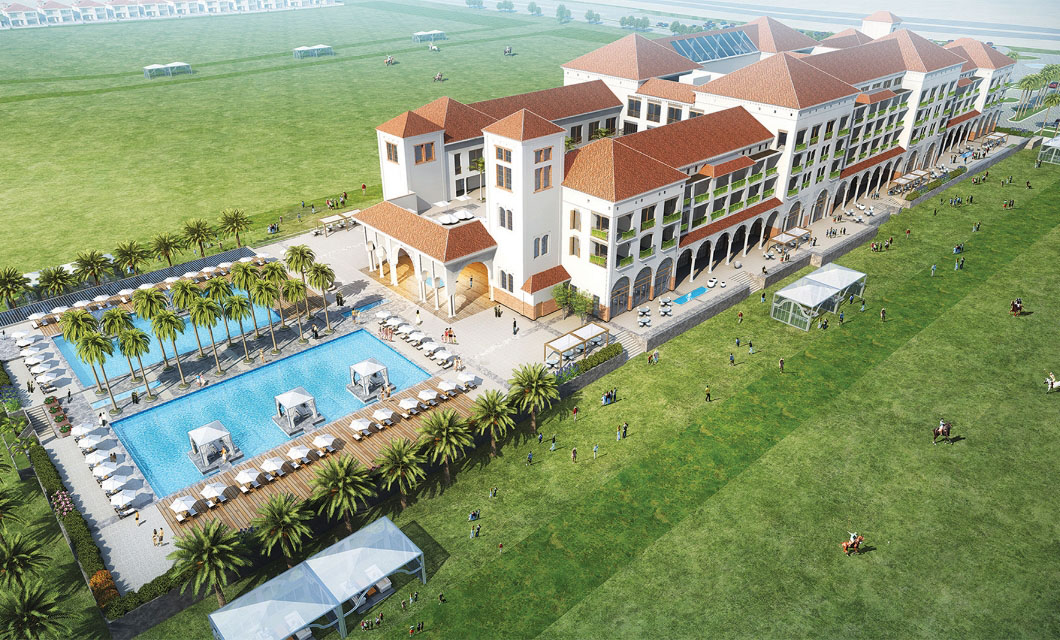 An avant-garde, equestrian resort dedicated to the fraternity that cherishes the colt and the sport, Al Habtoor, in Dubai, stretches over six million square feet. It houses 122 villas, refined homes, four state-of-the-art polo fields, riding schools and 520 futuristic stables. Capturing the spirit of Andulasia, this resort is an unmatched haven of luxury and extravagance, embracing the grandeur of the royal sport of Polo, in all its glory and richness.

The Royal Stables of Córdoba, Spain 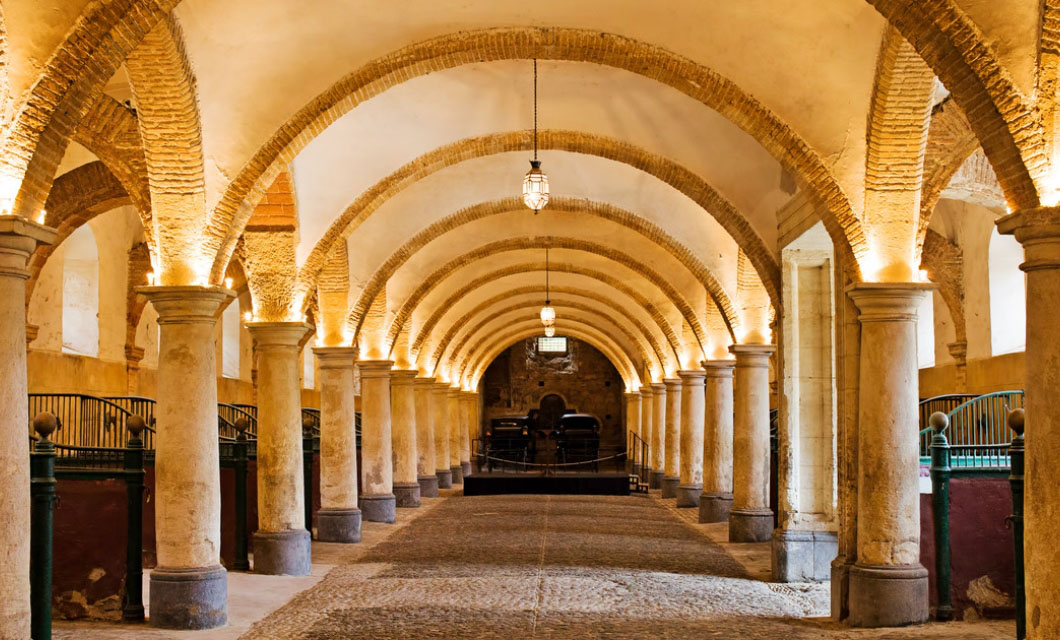 Founded in 1570 by King Philip II, the stables of Cordoba house the Andalusian breed of horses. A connoisseur of colts, the King endeavoured to create a thoroughbred Spanish horse, which later came to be known as the Andalusian horse, that was an Arab aboriginal. The stables, much like the surrounding castle, have a militaristic outlook that adds to the vintage appeal of the barns. The enclosing structures are in military style. The main stable stands under an expansive vaulted ceiling, carried by sandstone pillars, and is divided into smaller separate areas, known as boxes.

Spanning over 115 acres, Rallywood Farm is a state-of-the-art equestrian facility. The facility has 12 exceptionally equipped stalls & tack rooms, 180' x 80' Indoor Arena with observation room, 300' x 150' Exterior Bluestone/ Permaflex Arena, a two-storied apartment with a large viewing terrace, guest quarters & two additional residences-Orange County Hunt Territory and VOF conservation easement. What makes the Rallywood farms one-of-a-kind is the effortless blending of the homes for the aficionados and the ponies, which allows the two to comfortably dine in each other’s proximity. There is an endearing camaraderie between humans and ponies, and this harmony is celebrated at these farms. 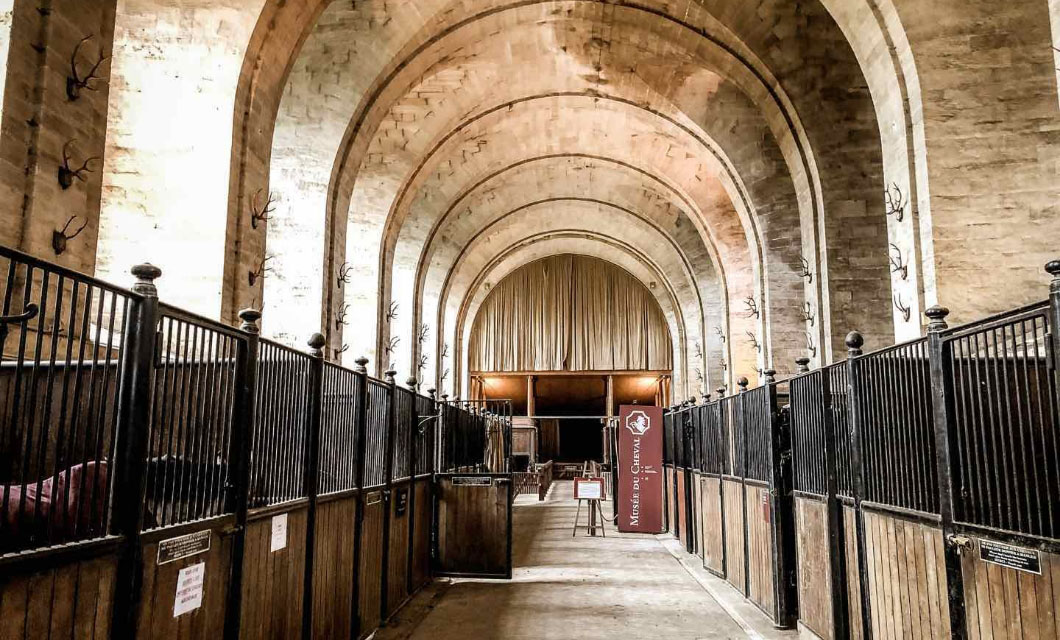 This is a wonderous marvel built by architect Jean Aubert for Louis-Henri de Bourbon, the seventh prince of Condé. It is modelled after the architecture of the 1800s. The facility glorifies the bond between horses and humans. Owned by the Institut de France, it was handed down in the testament of Henri d’Orléans, Duke of Aumale. If lore is to be believed, Louis Henri, Duc de Bourbon, Prince of Condé, held the belief that he would be reincarnated as a horse post his death, which is why he instructed his architect to build stables that would be a suitable match for his stature and prestige. Home to the museum of horses, the Grand Stables also boast of a collection of over 250 horses of royal breeds such as Andalusian, Lusitano horses, Percheron and miniature horses.