The annual Horse show in Surat is one of the major highlights of the city. Featuring equestrian events like showjumping, barrel racing, tent pegging, the 2019 Surat Horse Show grabbed the attention of not only the people interested in equestrian sports but also the local folks. The scene with people stalling at the highway just to get a glimpse of the sport defines the spirit and the energy of the equestrian lifestyle. Polo was played for the first time in Surat where Team Gujarat and Rajasthan battled in the exhibition Arena Polo match at the PP Savani International School Arena field. Jayvir Gohil, a professional Polo player from Gujarat, organized the Polo match in Surat to promote the sport among the local crowds of the state.

Covering the event live, LA POLO was amazed to see the enthusiasm among the crowd. Stalling on the highways, a jam-packed grandstand, the zeal amongst the crowd to know more about equestrian lifestyle and the sport, the way the horses are kept and taken care of and the spirit of the game amongst the players and children, were the key scenes at the Surat Horse Show. The way the people treat each other and the food of Gujarat were some of the things we took back from our tour of the city where we covered the different aspects of equestrian and the historical association of the city. Talking to Jayvir Gohil, a Polo player who organized the Polo match in Surat, before the horse show on the first day, we learned his vision for Polo in the city and how he plans to expand the game in the forthcoming years. “My objective behind organizing Polo in Surat was to promote the sport in the state and it is a step forward to the dream of organizing a Polo Season in Gujarat,” said Jayvir Gohil while telling us about his future prospect for Polo in Gujarat. 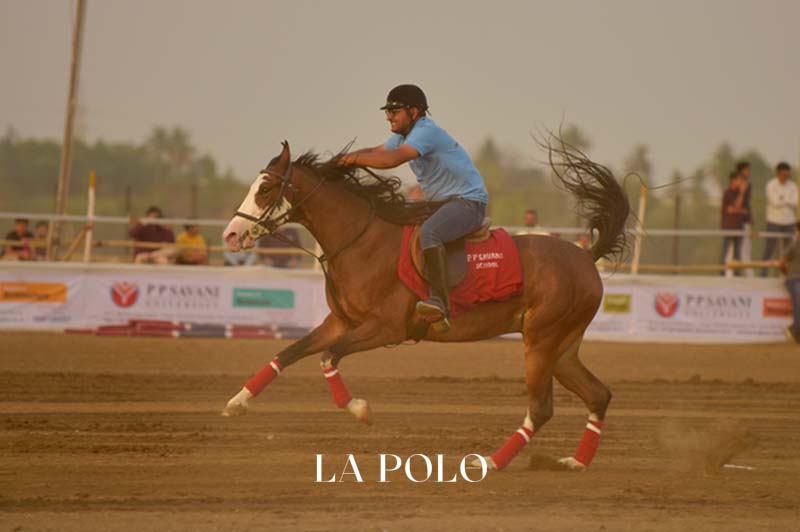 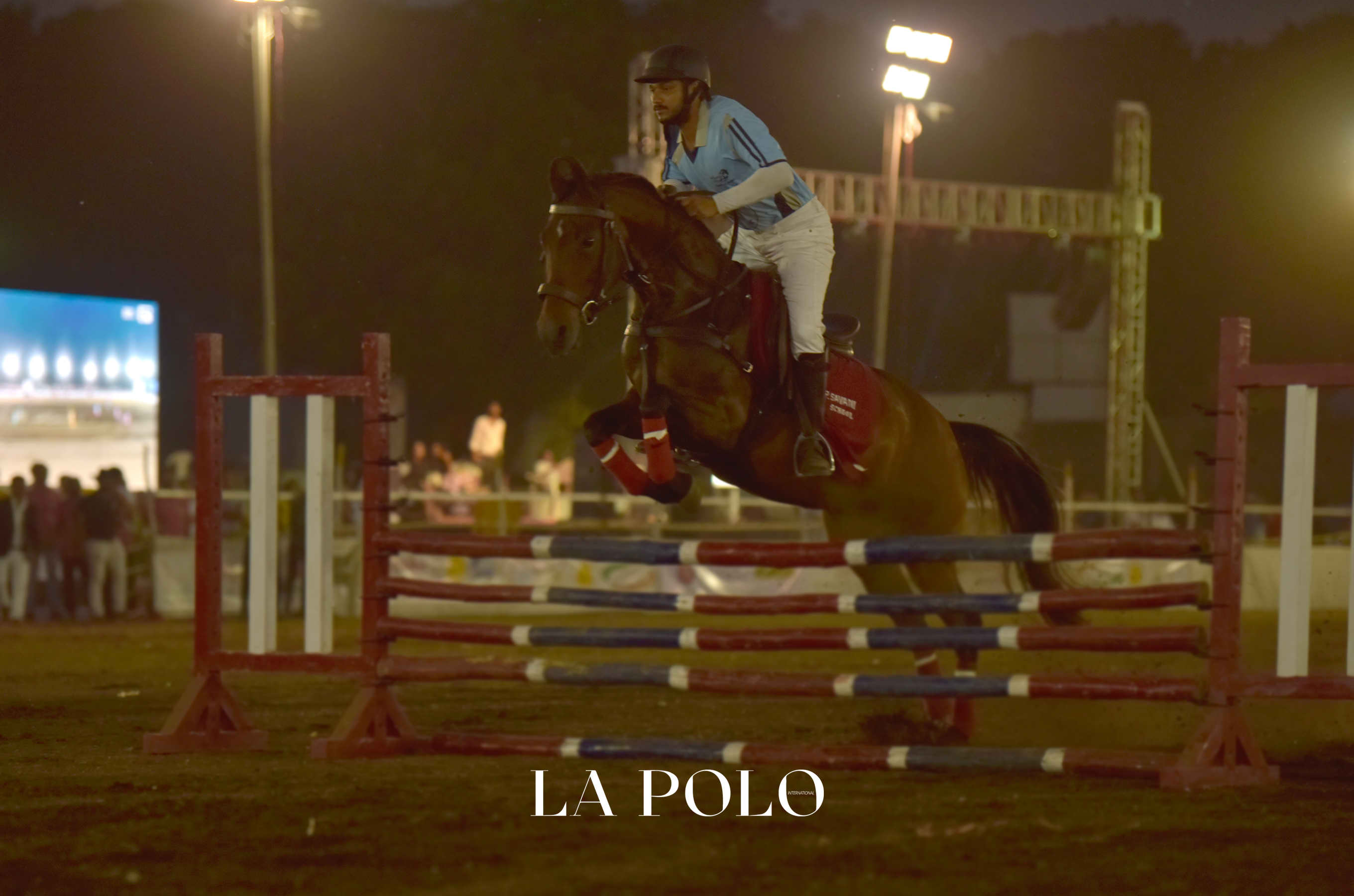 The first day of the Surat Horse Show began with the young riders from PP Savani International School kicking off the show with the march to glory. A display of their equine skills by the young kids was the eye-catching moment of the show. The first day was a practice to the final and the second day where the first day showcased equestrian events including dressage, showjumping and the practice Polo match between Rajasthan and Gujarat. The crowd, witnessing the Polo match to be played for the first time, was quite excited and some of them shared their experiences with us. Expressing his excitement a spectator said,“It’s the first time I’m watching a live horse show. I’ve seen Polo matches and equestrian sports before but that was on my Television, watching it happen live in front of my eyes is quite exciting and fascinating.” By talking to them we learned a lot of anecdotes where people shared their first-time experiences. An agile and excited audience member expressed his love for the game as he said, “The horse show has helped a lot of people pursue their passion and dream of riding a horse. It helps in boosting the confidence of young students and provide them with an ample amount of opportunities for young riders. I want the horse show to happen on a much larger scale than this and the sport of Polo has a rich history to it and the very fact that it is played in our district for the first time excites the people and creates an instigating bubble around itself.”

After a great display of equestrian events by the participants from the PP Savani International School, Bhavnagar Polo Club and Gohilwad Polo Club, a Polo match between the teams Rajasthan and Gujarat was played to end the thrilling action of the first day. Playing on their home turf, Team Gujarat, led by Jayvir Gohil, had an upper hand over the opponent team. Going by the same strategy throughout the play time, Team Gujarat missed some scoring chances but was able to convert some fantastic goals. The scoring for the team was led by Jayvir Gohil, who was assisted by Mahavir Singh, the brother of Sawai Singh Rathore, the key player of Team Rajasthan. Team Rajasthan increased their scoring chances ad tried to put Team Gujarat under pressure but their efforts were overshadowed by Jayvir Gohil’s exceptional scoring skills. The day ended with Team Gujarat winning the practice match by 8 goals to 5 to which the team captain said, “It was a great team effort. The substitutions were made at the right time and the horses played really good because of the way we were training them from the past 10 days. We were able to win today but luck cannot always be on our side especially when you are playing against a great team like Rajasthan. We will have to continue the hard work to win the championship match tomorrow.” 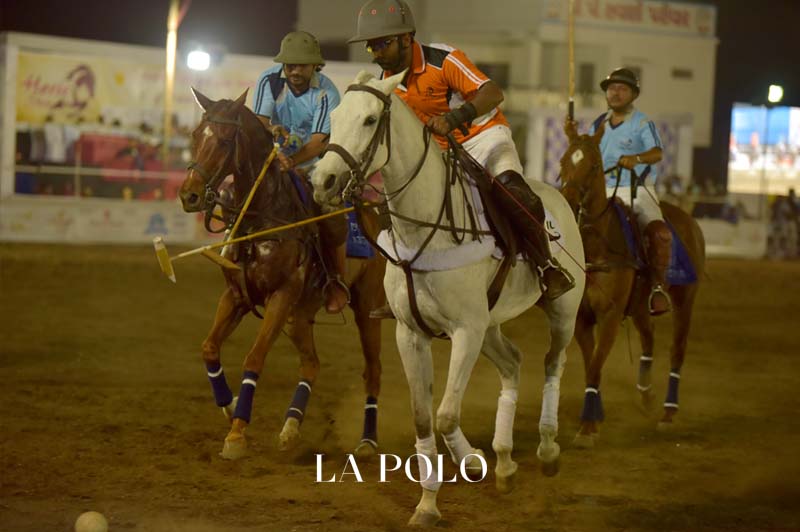 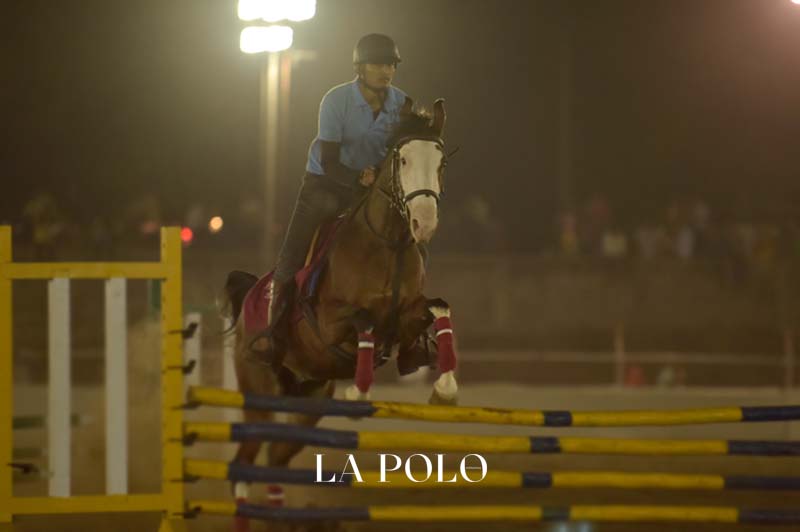 The second day of the horse show saw the crowd coming at the arena field an hour before the start of the event. A highly-anticipated day and a day that had adrenaline running through the veins not only in the players but also the crowd. The day began with the students from the PP Savani International School displaying their march to the glory which was followed by a unique kind of musical chair, which was quite nice. Riders on their horses were roaming around the chairs with the musical beats playing. A unique yet brilliant event intrigued us to ask the local crowd more about it. Replying to our questions with an impulse, the local crowd told us, “This was not the first time that a unique equestrian game was introduced in the Surat Horse Show. In the previous editions, they had witnessed some exceptional equestrian shows and games. It has now become a tradition of the Surat Horse Show to introduce new and never seen before equestrian games.”

The competitive events of the Surat Horse Show quickly began after a dance group showcased amazing talent and skills. The day proceeded with a 6 bar jumping event, barrel racing and tent pegging. Witnessing an amazing show being laid on by the organizers, the crowd stalled on the highways and caused a traffic jam just to feel the spirit and the passion of the players and the game. The anchor of the show was quite fascinated to see the spirit amongst the crowd and the numbers in which they had arrived. More than 5000 people were there to witness the players compete for the equestrian sport. Talking to Mitraj Jadega, the tent pegging winner, we learned more about the Surat Horse Show as he explained, “The Surat Horse Show is the biggest horse event that happens in the city. Participants from different districts, cities and even states come to participate in the show. The enthusiasm of the crowd and the way they support us is exceptional. I’m happy that we can inculcate the feeling of playing the sport in them and make them feel special and interested in the sport. Through this horse show, Mr. Jayvir Gohil wants to take Polo on a next level in the state.”

The day was to end with the awards ceremony but before that, the championship Polo match was to be played between the teams Gujarat and Team Rajasthan. Team Rajasthan had a firm grip over the match and learning from their previous day’s mistakes scored 4 goals in the first half, not allowing Team Gujarat to score a single goal in the half. Getting into action in the second half, both teams battled hard and Team Rajasthan continued their grip over the match. Jayvir Gohil was able to score a goal for Team Gujarat but it was not easy to overcome the lead and Rajasthan won the match by 7 goals to 1 and lifted the trophy. Sharing their experience with us, the crowd members said, “It was nice to see their home team compete against Team Rajasthan in a fashionable manner. Although the team lost, they were happy to be introduced to a new sport. New to the idea of Polo, we thought that it was some different innovative type of Hockey which they played on horseback.”

The players from Team Rajasthan were quite pleased with the win. Quite happy to lift the trophy, Team Rajasthan played an impressive game and bowed to the local crowd on their horses. The crowd was supportive of the visitors' victory and cheered loudly for the team. Each and every winner was rewarded with a trophy and the winner of the Polo match, Team Rajasthan, was awarded a trophy and a cash amount of 1 lakh rupees. Team LA POLO was awarded for their valuable contribution in the Surat Horse Show. Talking to the winning team, we learned about their strategy for the finals. Sawai Singh Rathore said, “It's always a pleasure to win be it anywhere or with anyone. I am quite pleased with the way the team played today and we made sure we don't repeat the same mistakes.” Parth Tejvani, playing for Team Rajasthan said, “We had blocked their attack quite nicely and made sure we don't hit the ball away from the target. The crowd was quite supportive and introducing the game to the local crowd and being part of the inaugural match is nothing less of an honor.” 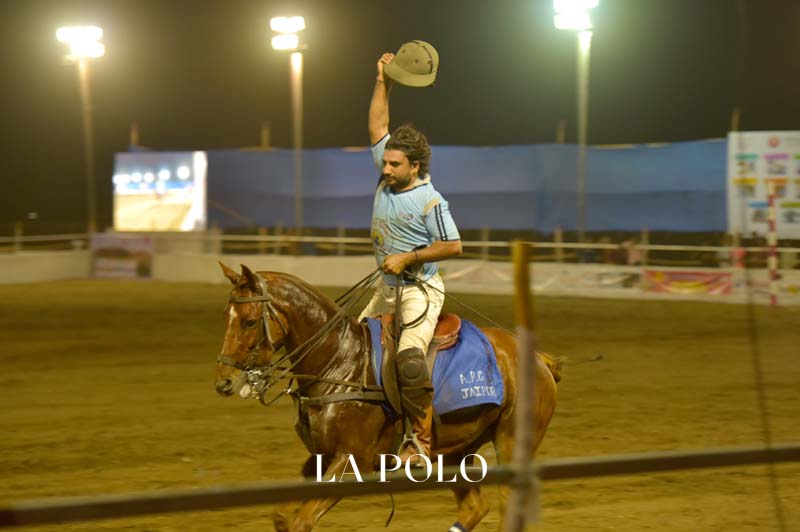 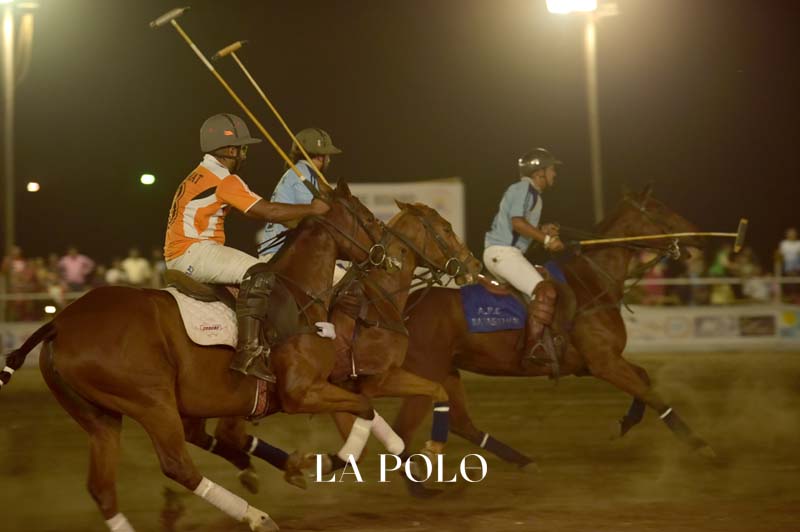