The 66th edition of the traditional Gold Cup was competed for between 5 teams over a period of 2 weeks. The prestigious tournament played on the French soil winded up with a great showdown for the finale on 25th August. The 16-goal tournament in this year’s set of events saw Esperanza put his title back on the line. The Royal Barriere team was presented for the third consecutive year under the direction of Tommy Rinderknecht. Accompanied by 3 young Argentine players, Martin Aguerre, Jota Chavanne, and Martin Joaquin, Tommy led his team to the finals of the Coupe d’Or. Lady Martina Lowe’s English team Yaguara with brothers Guevara and Max Charlton. Andre Farbe made his presence felt for yet another season as he made a brilliant comeback with his daughter Lavinia in the jersey of the team In the Wings.

The oldest cup played in Deauville, the Coupe d’Or is one of the most prestigious tournaments of the European season. Talandracas and Barriere, the two most consistent teams of the competition, made it to the final and played it with full intensity and made every drop of sweat count. It was an important day for racing at Deauville and over 2000 people made it to the polo fields, located inside the Torques racecourse, to enjoy the magnificent final between the two polo giants. A great play supported by a large enthusiastic crowd was one of the highlights of Polo in Deauville. With two of the best teams of the Gold Cup coming in to fight for the prestigious trophy, the crowd was instore for one of the finest matches. 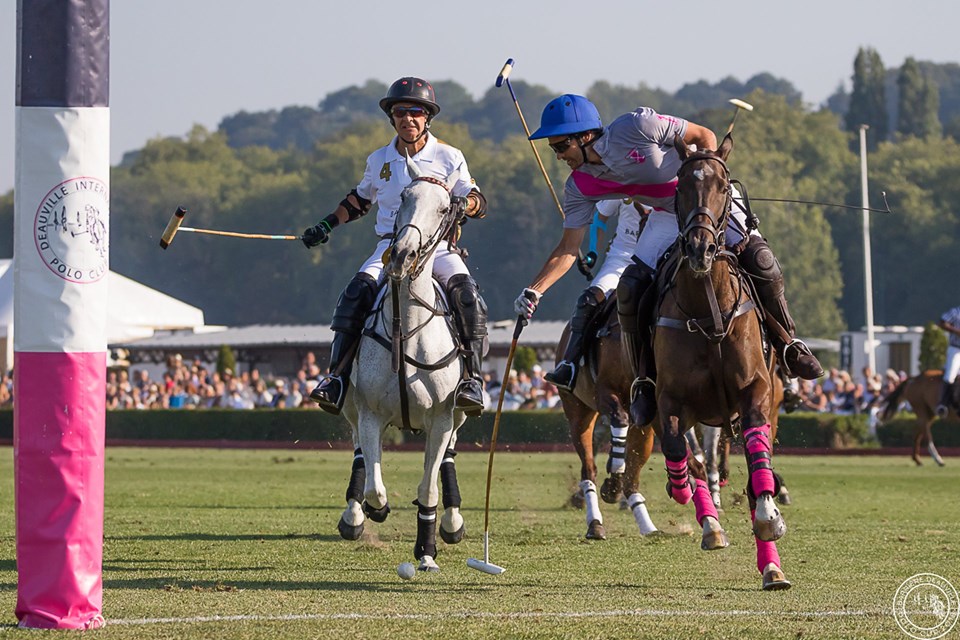 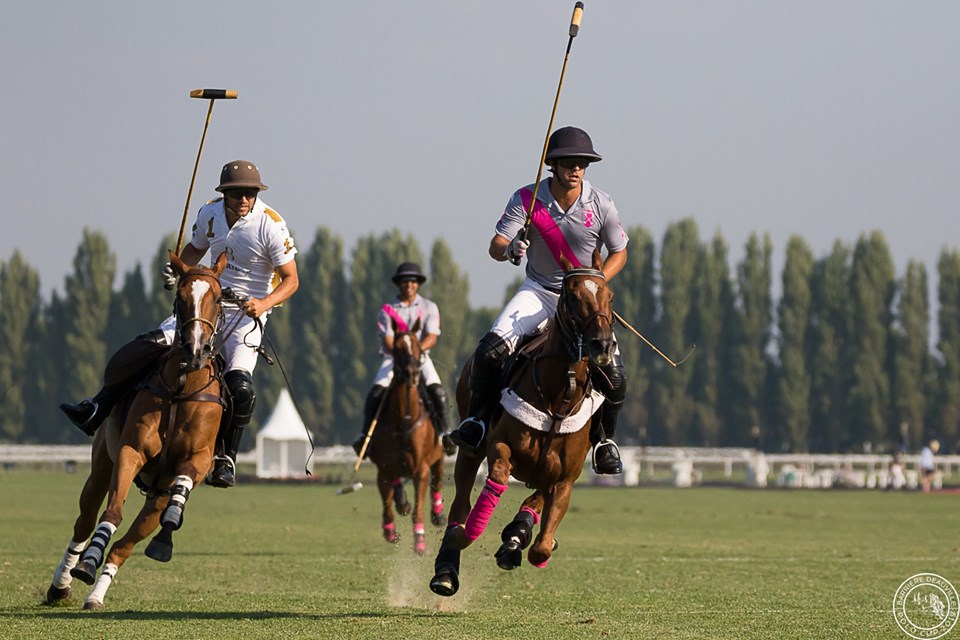 The intense nervousness amongst the crowd surrounding the match quickly evaporated as the umpires blew the whistle for the action to begin. Team Talandracas started the match with some quick goals and the intense expectation around the match was looking like a dream after the first chukker. The first chukker winded up at 4 - 1 with Talandracas in the lead and there was not much speculation surrounding the finale after the first chukker. It all changed with the second chukker as Team Barriere came back strong and hit some fine shots between the goalposts to bring back the intensity of the finale. After an intense first half, the match was wrapped up at a whopping score of 9 - 6 with Team Talandracas in the lead.

The action for the second half resumed with Team Talandracas steering on the front foot with excitement to lift the trophy. The fourth chukker witnessed a total of 4 goals from Team Talandracas while they wrapped up their opponents on just one goal in the chukker. Team Talandracas was not only dominating the attack but their defense tactics didn’t allow the opponent players to score a lot of goals. The second half was defensive yet interesting. Team Barriere tried to overcome the lead but their attempts couldn’t find the light of the day and the team was unsuccessful in finding a way ahead. Talandracas continued scoring and the match wrapped up on a score of 14 - 10 in favour of Talandracas. Team Talandracas lifted one of the most prestigious cups in Europe for the sixth time.