Sea shores extending on to the extent the eyes can see, identified as the "Queen of the Norman beaches”, Deauville is one of the most renowned seaside resorts in the entirety of France.


With seashores extending up till the eyes can see, Deauville, “Queen of the Norman beaches”, is one of the most renowned seaside resorts in France. As the nearest ocean-side retreat to Paris, the city and the locale of Côte Fleurie (Flowery Coast) have for been home to French high society’s shoreline houses and the area is frequently alluded to as the Parisian riviera.
Recognized as a prime destination for horses and racetracks, Deauville is the heart and life of Normandy.
The first polo match on the Normandy soil was played in 1880, after it had originated from India, and brought by the English to Europe. Robert de Rothschild, Captain Joubert and the Duke of Guiche established the Deauville Polo Club in 1907. 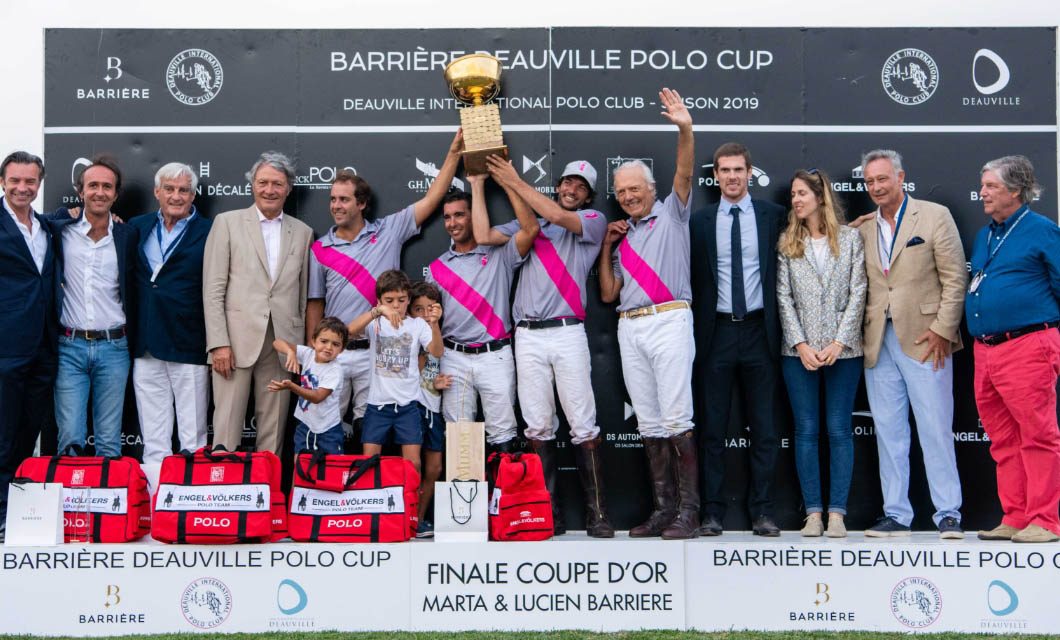 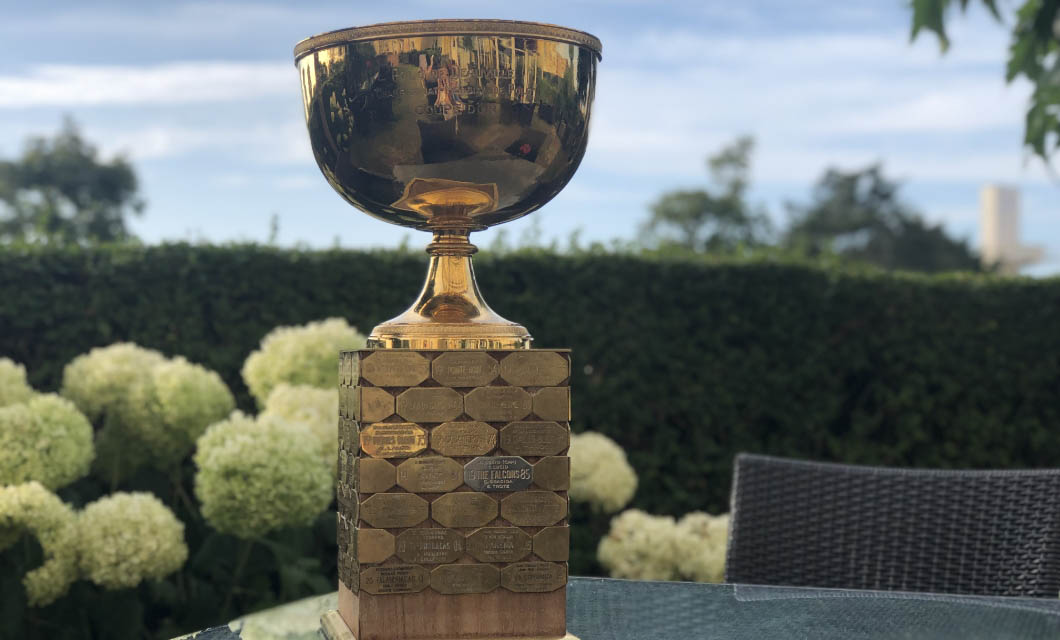 It has been hosting most coveted championships. The Gold Cup, the worldwide polo tournament, was created by François André, and has invited the best players of the most recent decades. It is currently one of the four greatest tournaments outside Argentina!
Alongside the Gold Cup, the Silver Cup, the Bronze Cup, the Ladies Polo Cup, a Kids Polo Cup and Beach Polo are currently held as annual fiestas.
Deauville is celebrated for its horse culture and famous racetracks. The two well-known tracks of Deauville--Deauville la Touques and Clairefontaine—are active during the months of January, July, August, October and December.

The Deauville-La Touques circuits are held in high regard in the French equestrian world. Nicknamed the “Four Seasons Racetrack”, Deauville-La Touques opened in 1864, and immediately bagged one of the principal positions in France. It is spread across 75 hectares, 20 tracks--two on turf and one on synthetic sand--three polo fields and at least 300 horses. The Meeting de Deauville Lucien Barrière, with five Group 1 gallop races, is top class in the equestrian world. It’s a treat to witness charming pure breed ponies. 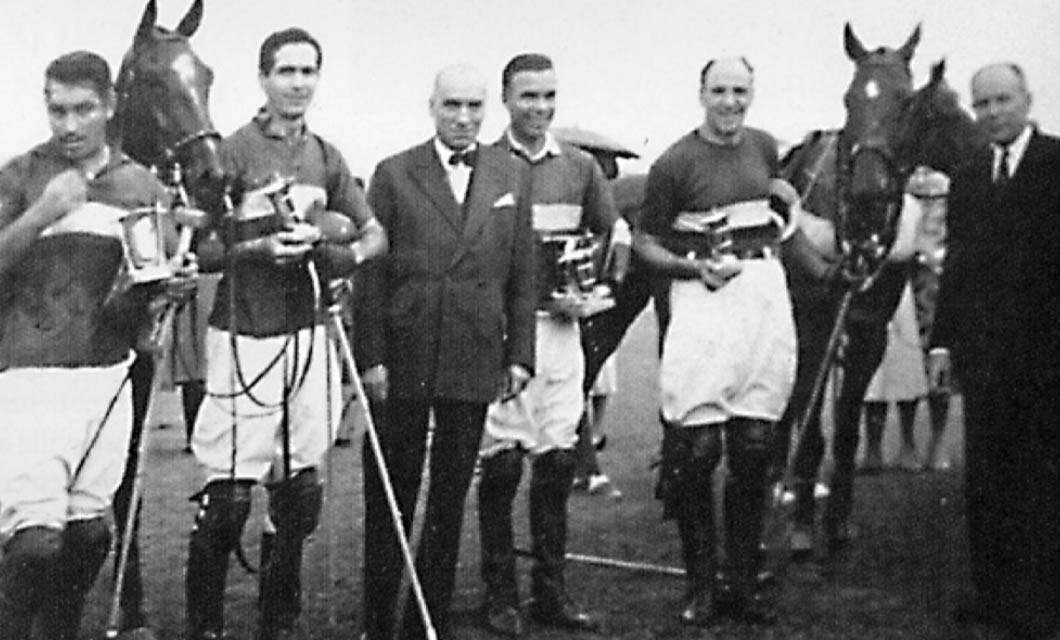 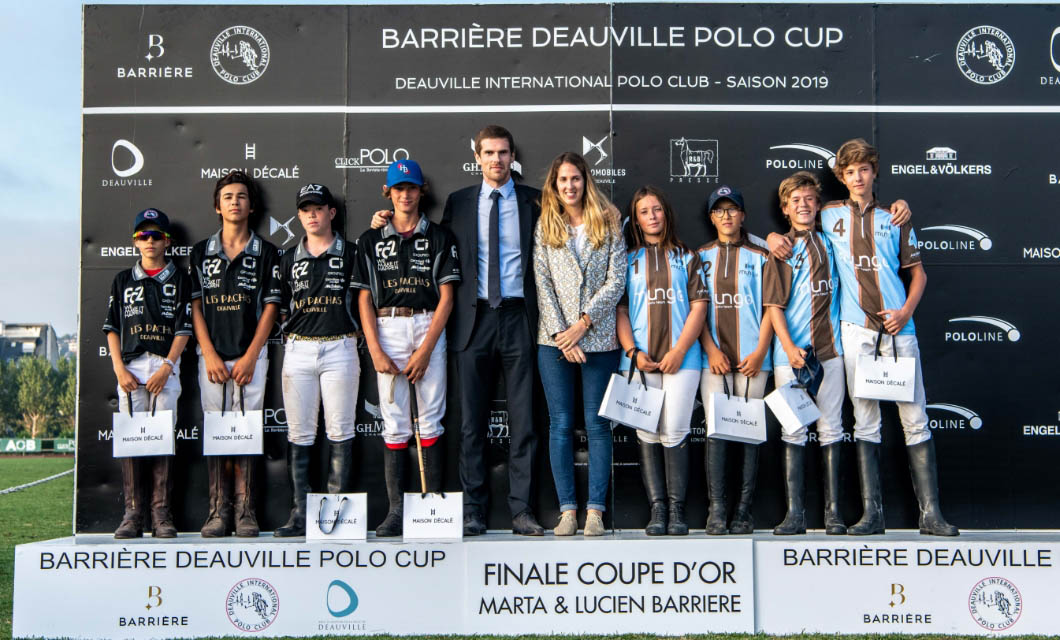 The Meeting d'Autumne and the Equiday's are a must-see in Deauville. Many sports and festivities are arranged all through the district, like stud ranch visits, horse races, and a wide range of horse themed merriments. Close to Christmas, horse races proceed with theMeeting d'Hiver , which happens on a uniquely manufactured sand course. 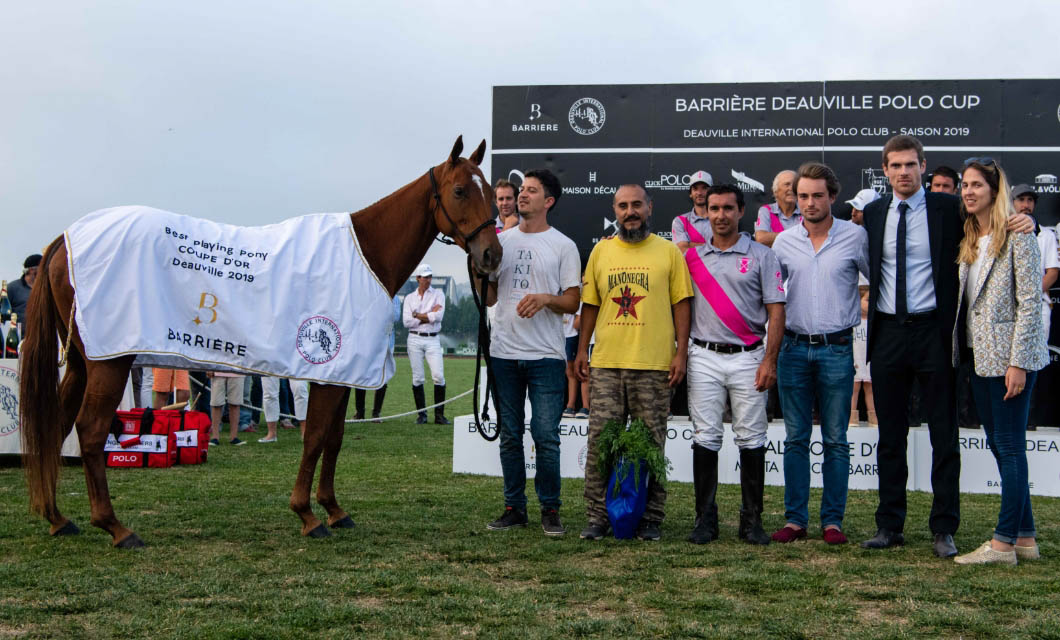 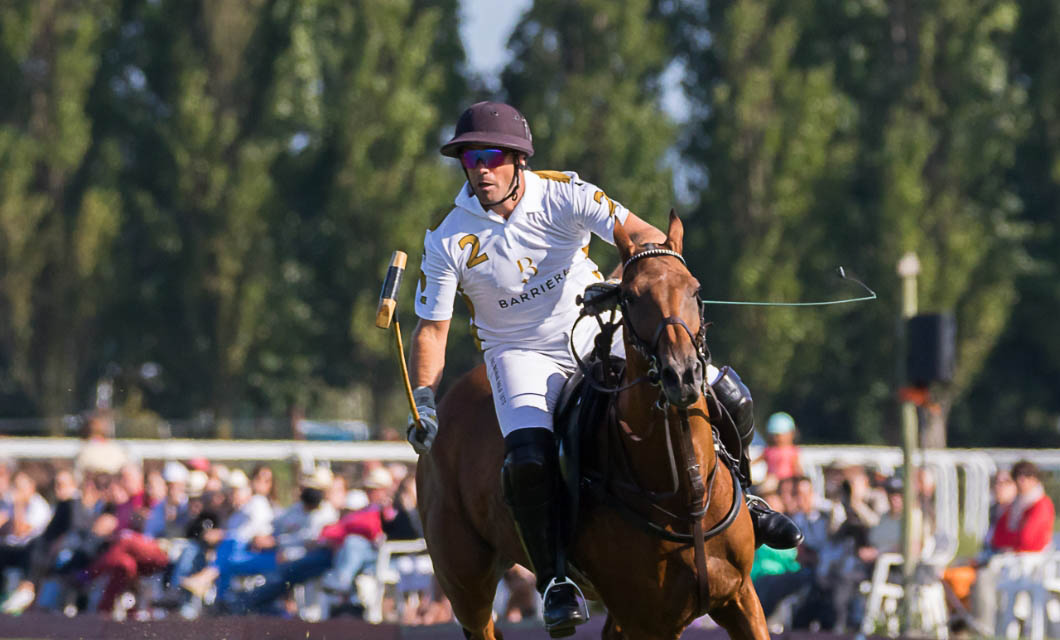 Set up in 1928, this brilliant circuit incorporates 40 hectares and 18 courses. Deauville Clairefontaine, the only multi-disciplinary race course in Normandy, is outfitted with four unique courses: a 2,000-meter plate, one with bouncing wall, one obstacle course, and one jogging course. 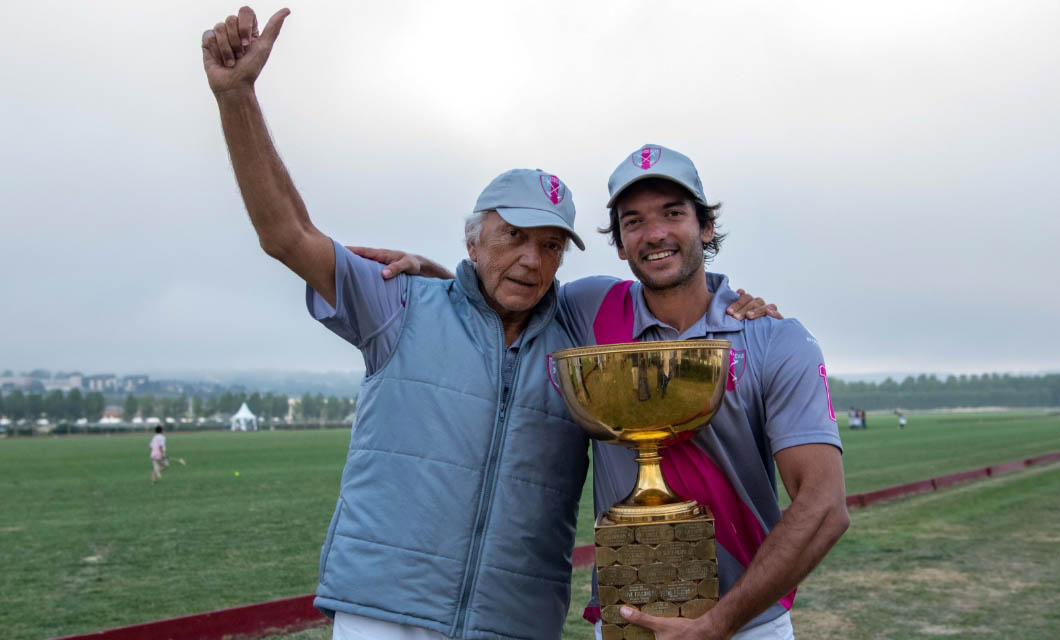 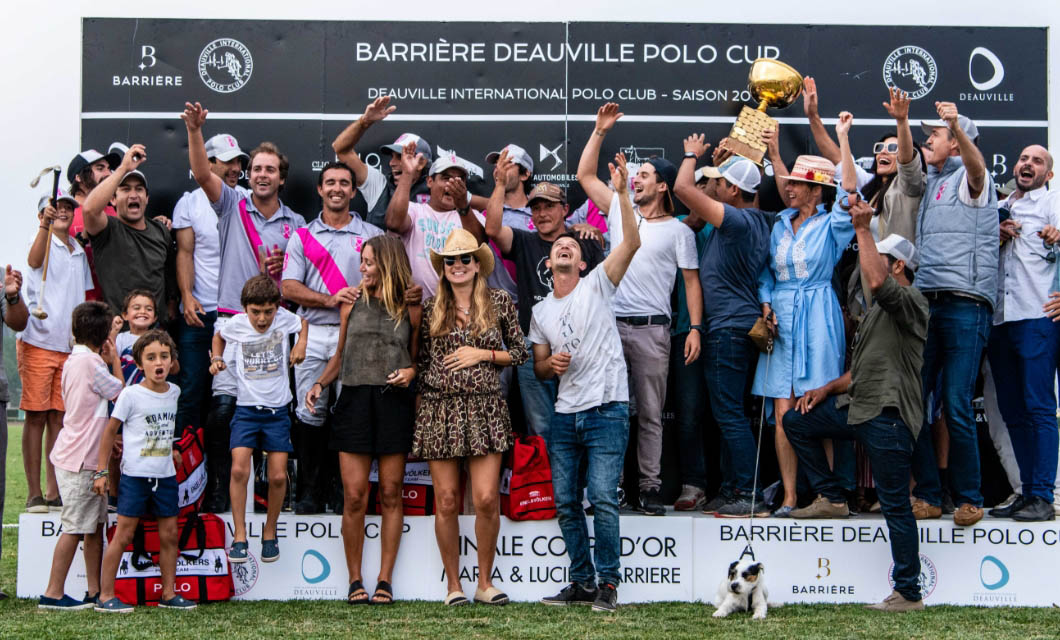 The Deauville countryside is the primary horse breeding area in France and home to various stud ranches. Therefore, the city is linked with Lexington, Kentucky and County Kildare in Ireland, two of which are pioneers in reproducing pure breed racehorses. The significant Ventes de Deauville yearling closeout is held in mid-August every year at Deauville. 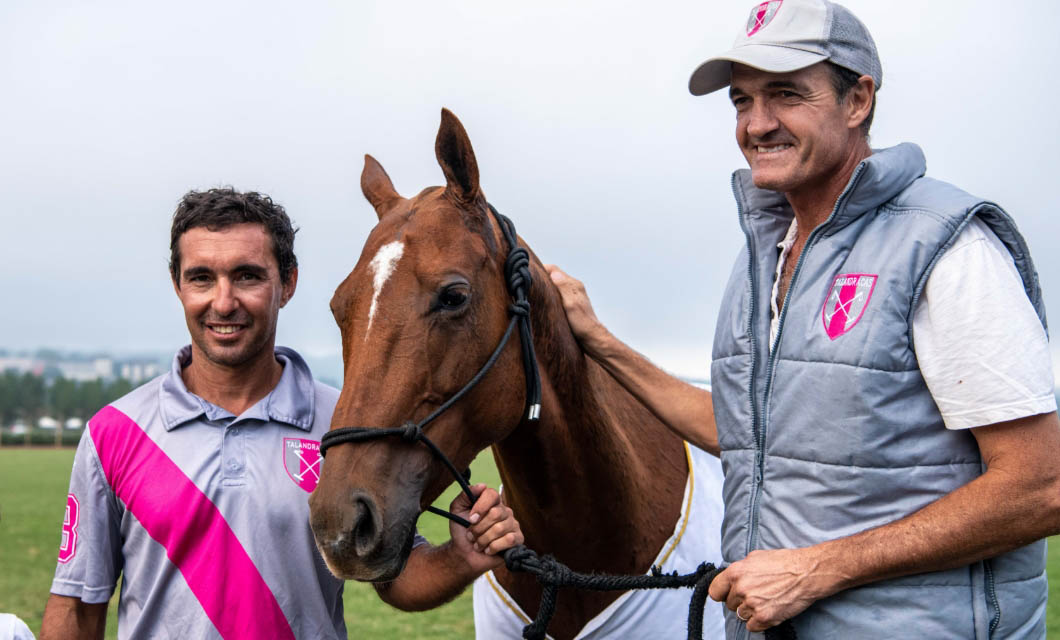 Horse running courses are offered on the edge of town, at the Caen’s racetracks. Almost 30 races are sorted out every year between March and November.
In the core of the Pays d'Auge, the Lisieux course invites horse racing, in addition to equestrian shows, horse and carriage rivalries, and grand functions. The site has various attractions and horse rides, perfect for family trips.
The Center International de Deauville and other equestrian communities in the locale offer horse training and horseback riding on the sea shore or in the nearby areas.

The history of Deauville can be traced back to 1060, when seigneur Hubert du Mont-Canisy ruled the grand land now known as Auevilla. In 1066, Hubert du Mont-Canisy left to follow William, the Conqueror, to England.
Until 1860, Deauville went from the rule of one city hall leader to another and gradually got popular as a horse territory. The well-known Normandy Barrière and Royal inns and the gambling club opened in 1911 and 1913. 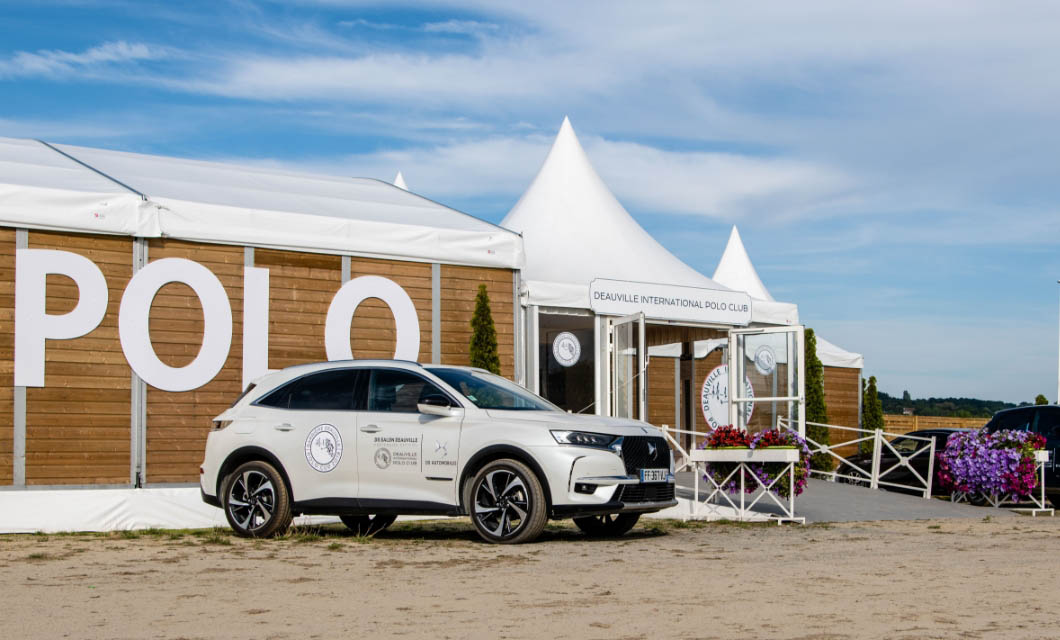 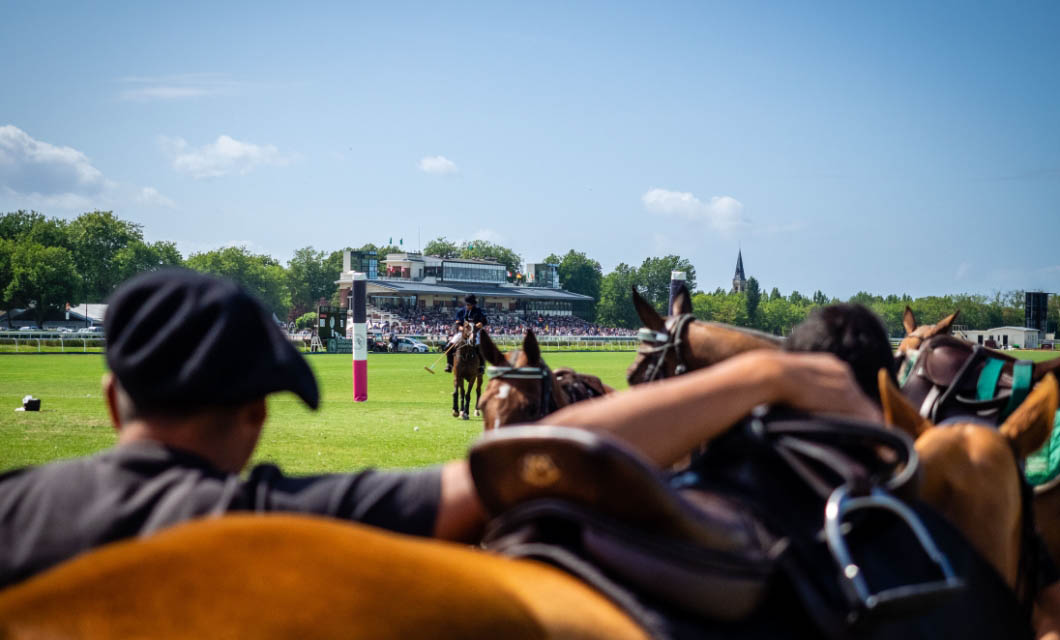 During these years, numerous extravagant boutiques opened in the lanes of Deauville, including the most celebrated Coco Chanel's first shop.
During World War I, injured soldiers would be seen at Deauville's popular inns and club. The war negatively affected Deauville's business sector.
• In 1923, the Promenade des Planches was created.
• In 1929, the development of l’Hotel du Golf was matched with significant redesigns and extensions to the golf course. The hotel and golf course are situated on the outskirts of the town.
• In 1931, seven kilometers from the main town, Deauville-Saint-Gatien Airport was started. This was a crucial occasion in Deauville’s history, as now London was just a two-hour trip from Deauville. 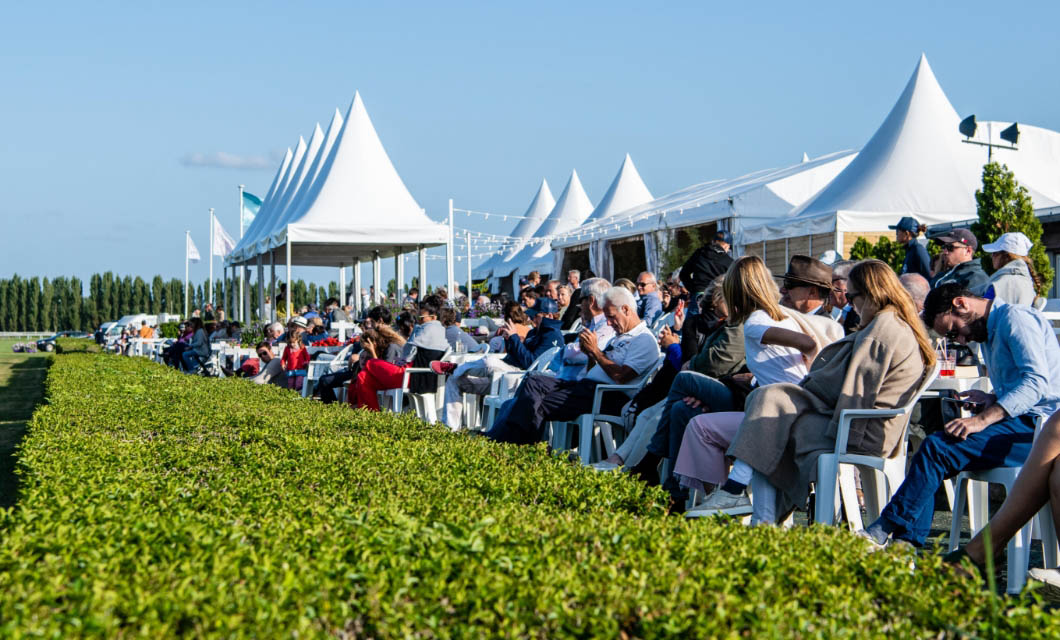 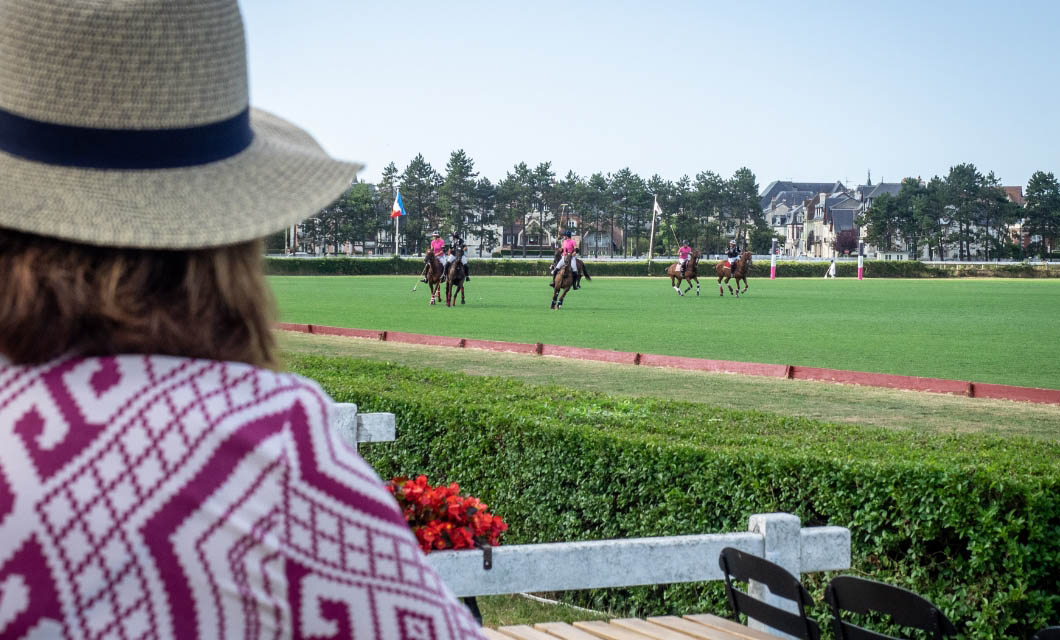 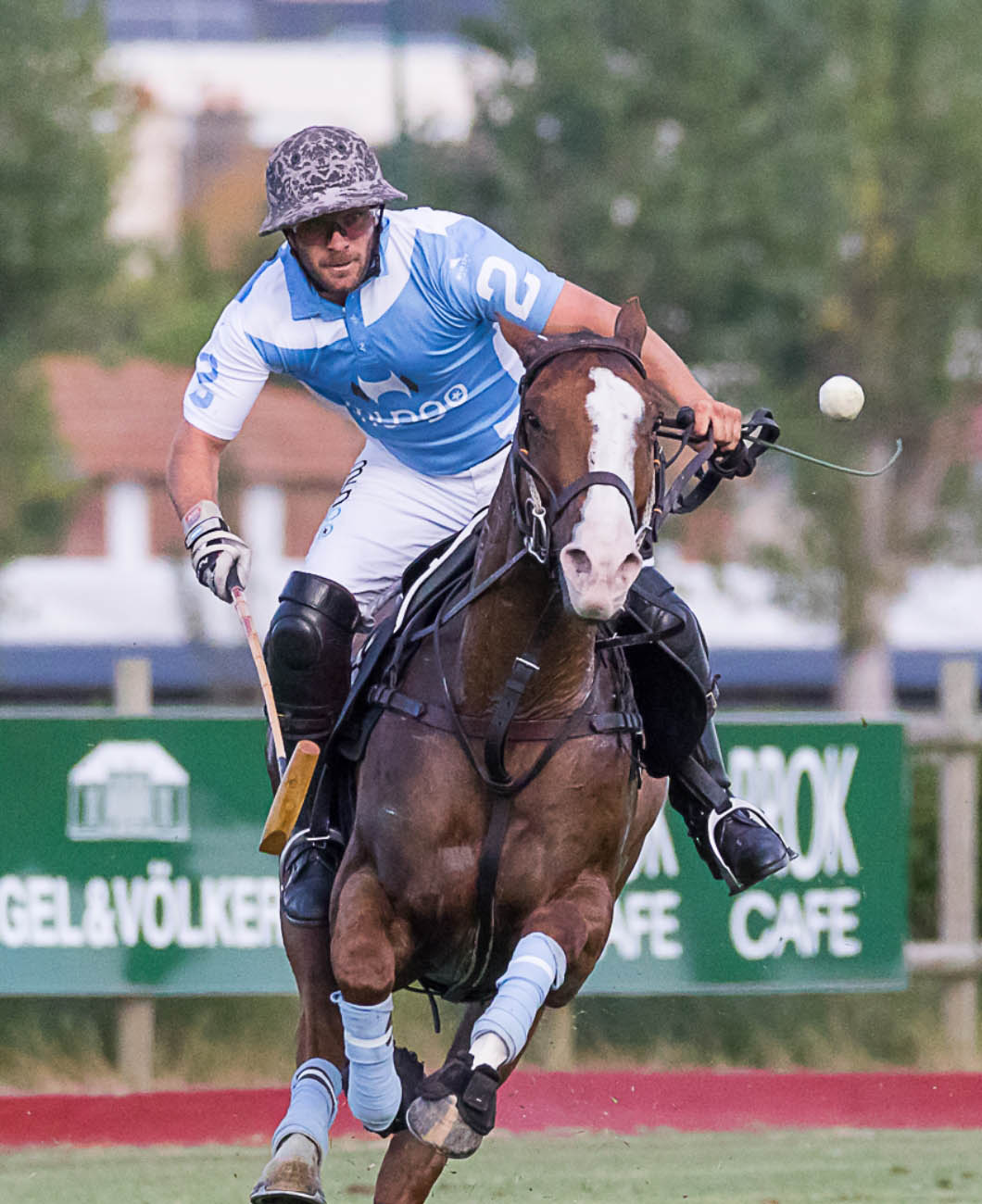 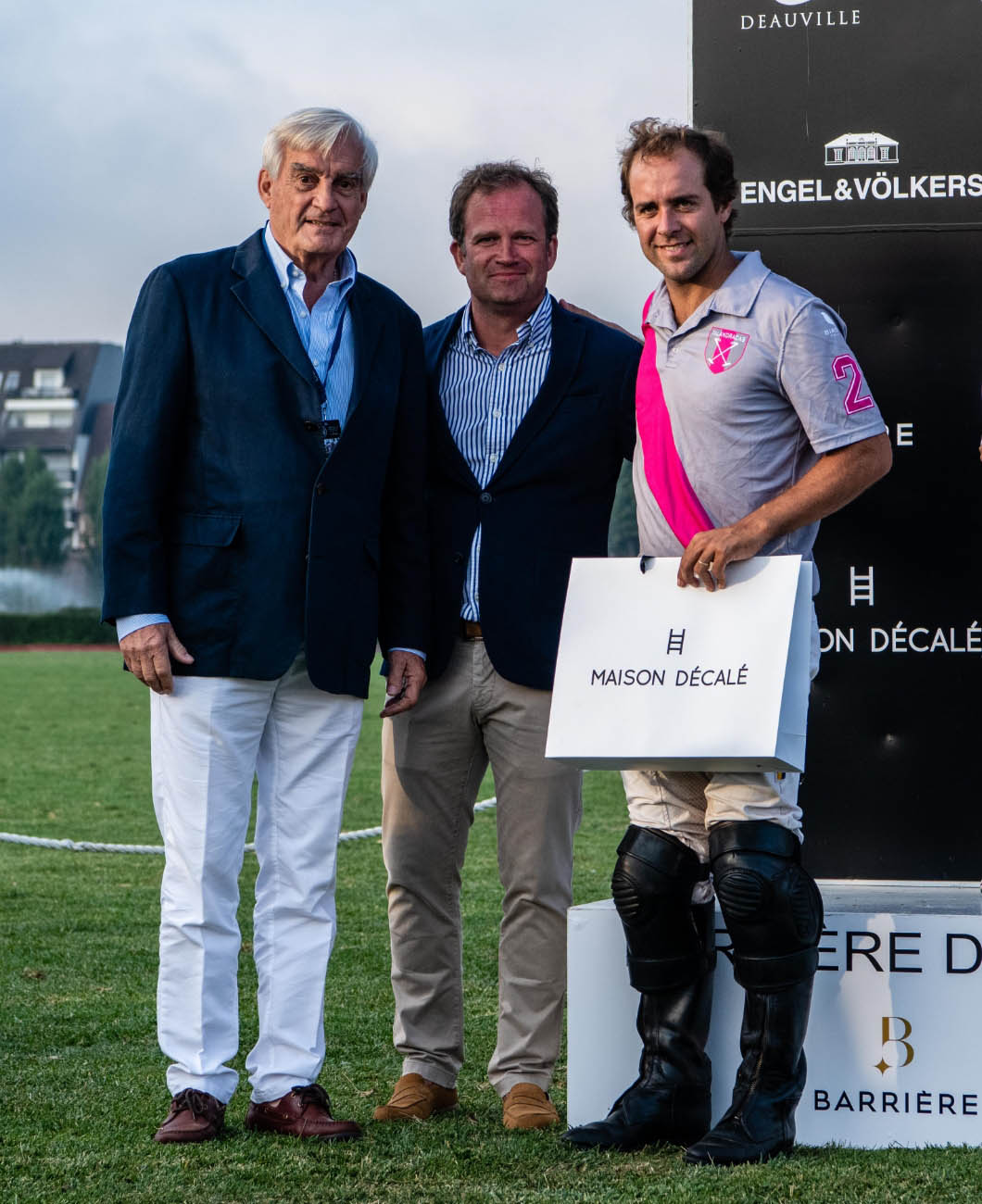 Deauville American Film Festival
Lucien Barriere and Michel d'Ornano consented to support Lionel Chouchon and Andre Halimi’s proposal for a film celebration that explicitly advanced American movies. Since 1975, the celebration has kept on advancing American cinematography.
Groupe Lucien Barriere
Inside Deauville is the Groupe Lucien Barriere, one of Europe's biggest inn organizations. It has two 5-star lodgings, one 4-star, a club and one golf course. These incorporate Hotel Royal Barriere, situated close to the seashore. It is connected to the gambling club, The Royal, and has been “an image of extravagance and esteem” since 1913.
Today, Deauville invites a wide range of explorers. It has astonishing attractions for those searching for a fashionable experience; it also offers numerous events for the more tranquil visitors. For example, splendid markets, noteworthy inns, and brilliant sea shores. Only a short two-hour drive away from Paris, it's no big surprise that Deauville draws in travellers looking for a break from the city and searching for rest, and some old-world glitz.
Deauville is also a prime horse destination. The Barrière Deauville Polo Cup, the Gold Cup and other coveted tournaments are set to be celebrated from August 11-30, 2020.