An Anecdote Of The Manipuri Ponies


Today, the abating populations of Manipuri Ponies are still used for exhibition arambai, racing, polo and to a limited extent, by the Indian military for transport.

Having been bred for centuries in the Manipur area of Northeast India, the first written mention of the Manipuri Pony dates to a brief statement in the 1584 Manipur Royal Chronicle. The breed was mentioned frequently in Manipur Literature by the early 1600s. Ridden by the Meitei Warriors, they were often used as Cavalry horses. Manipuri Ponies are often used to play Sagol Kangjei, a version of Polo believed to be close to what was originally played when the sport was invented. 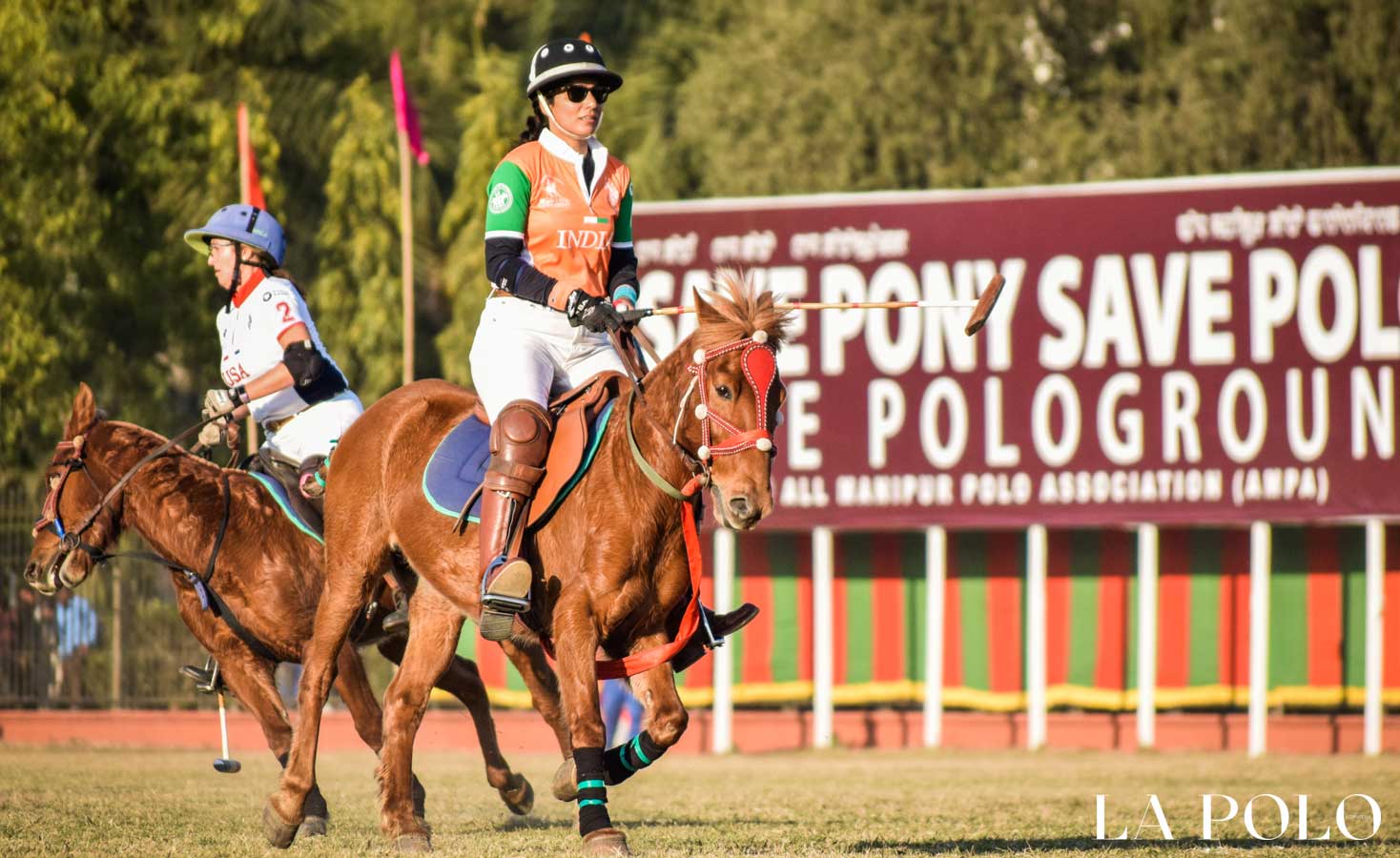 “There is something about the outside of a horse that is good for the inside of a man.”
- Winston Churchill

The Manipuri Ponies were excellent war ponies and the cavalry of the kings of Manipur rode the pony when they feared throughout Upper Burma. Sacred to the Meiteis, the Manipuri Pony was never a pack, transport or a work animal. According to Meitei mythology, the ancestor of the Manipuri Pony is the sacred winged pony called Samadon Ayangba (“the swift among beasts”). Kangjeirol, an ancient Meitei manuscript and a dissertation on Polo, portrays the Manipuri Pony as a sacred animal and illustrates its utility as a fearless cavalry mount and a sport pony.

The Cheitharol Kumbaba states, “Riding a white horse across Kyang land, the king fought his way with sword outstretched through the battle of Samjok.” It was King Khambeba who crossed the mountain fastness of the low lying western ranges of Burma and extended the clout of Manipur Cup to Chindwin River, across Kyangkhampat in 1607. Exhibiting incredible certainty and faith, the King led the Wave of Manipuri horsemen along with grit and valour. 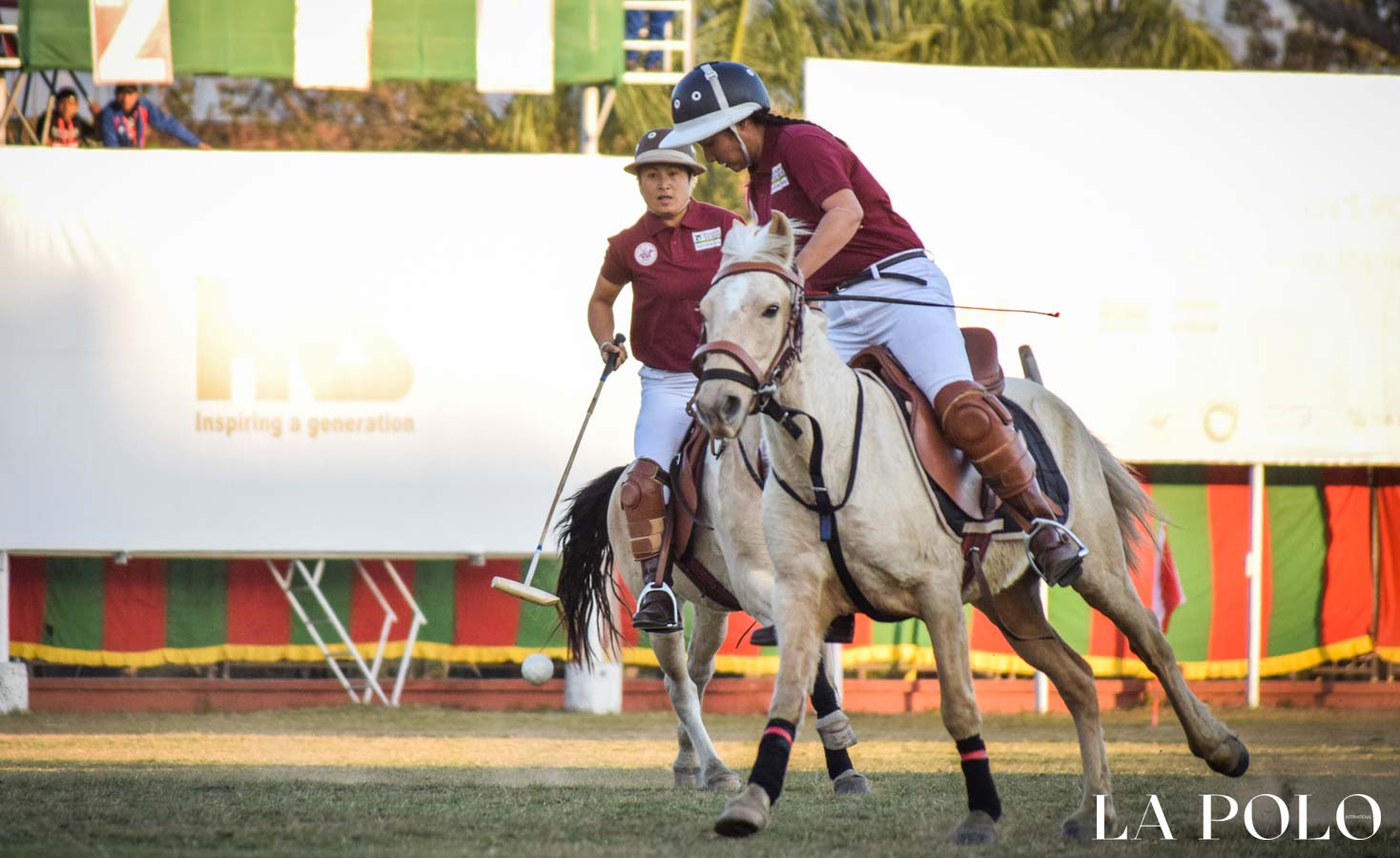 Later, inspired by the dazzling success of the Mongol and Manipuri cavalry, the Imperial Court of Burma decided to maintain a similar force in the form of Cassay (Manipuri) Cavalry permanently in the Burmese Military setup. 2/3rd of the total cavalry strength of Myanmar was comprised of the Manipuri “Cassay Horse” who were press-ganged into the Burmese Army after the Burmese conquest of Manipur in 1758 led by Alaungpaya. Alaungpaya used 2000 strong Manipuri Cassay horse which almost led to a victory in the Burmese-Siamese War of 1759 but the untimely death of Emperor Alaungpuya after the start of the campaign ended the war early. 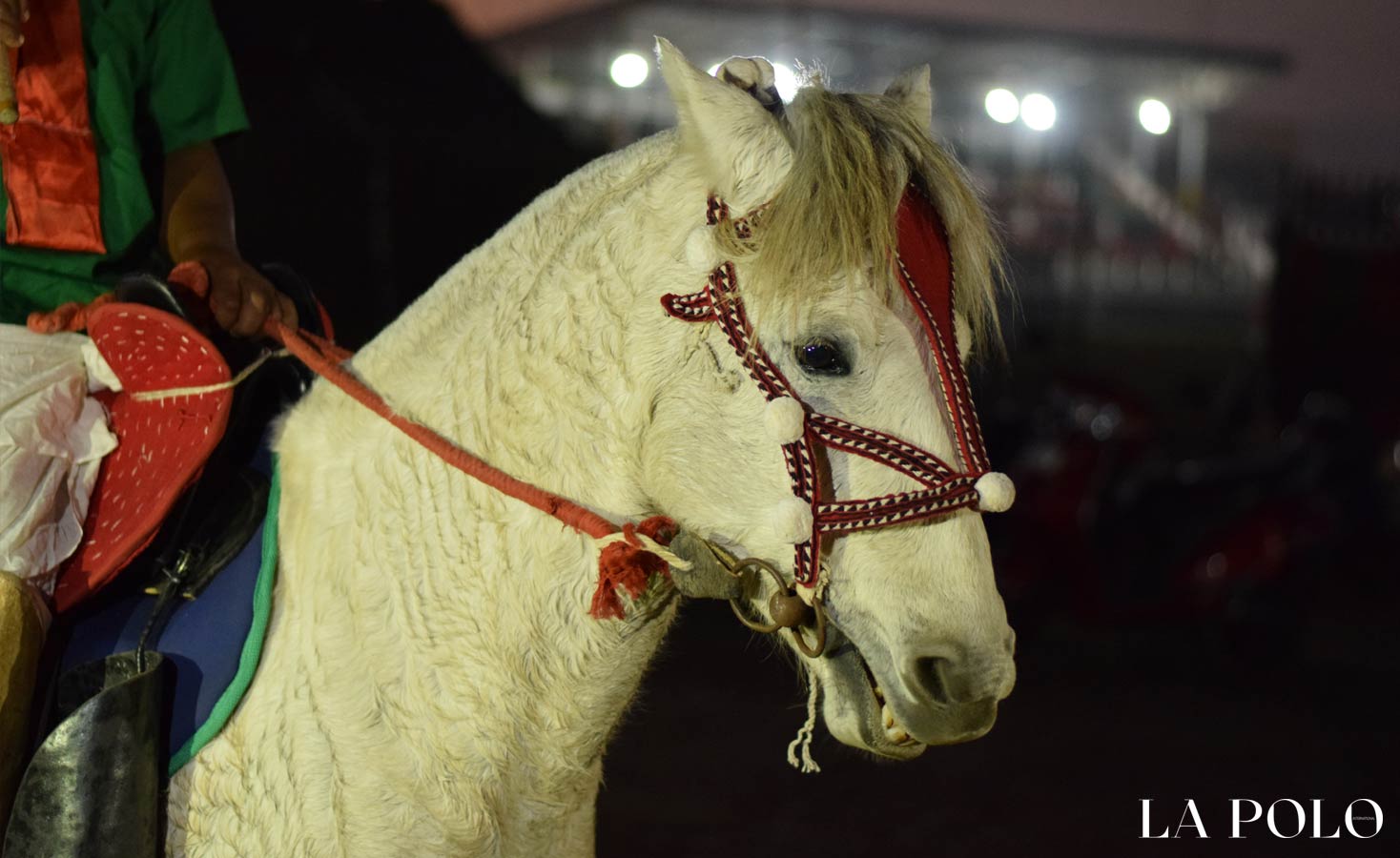 The full strength of the Manipuri Cassay Horse was deployed on the Siamese border when a rebellion broke out in Manipur in 1764, which threatened the loyalty of Manipuri Cavalry. Instead of risking the depletion of the fighting potential by withdrawing the Manipuri Cavalry, the commander of the Burmese Army, Hsinbyushin, decided to lead an expedition to Manipur himself and put down the rebellion which led to the deporting of thousands of people, including artisans, weavers, craftsmen of all sorts, to Burma leaving the Manipuri Valley empty for years. Michael Symes in his book, An Account of an Embassy to the Kingdom of Ava, mentioned, “All the troopers in the Kings' service are natives of Cassay, who are much better horsemen than the Birmans...They ride, like all orientals, with short stirrups and a loose rein; their saddle is hard and high and two large circular flaps of strong leather hang down on each side, painted or gilded according to the quality of the rider."

“This day astounds us. The field is green.
We love nothing better than space and more space.”
-Spencer Reece (Ponies) 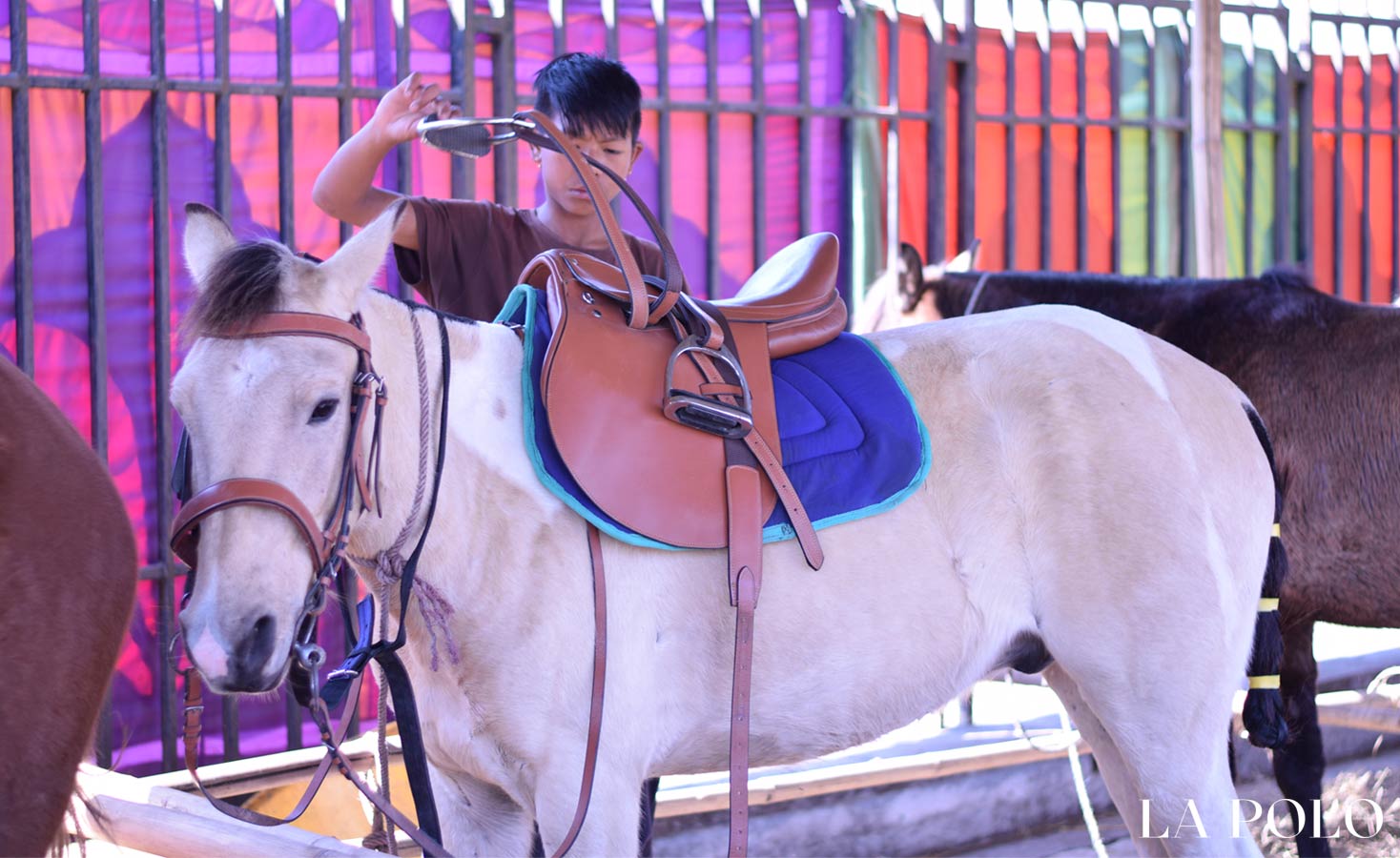 Standing 10 to 13 hands high, the Manipuri Pony does resemble other ponies of the region such as the Burmese Pony and the Batak and Sumba Ponies from Indonesia, but the Manipuri Pony is considered to be way more powerful than the others. An attractive wedge-shaped head with a straight profile, alert ears and wide-set eyes, distinguish the pony from the others. Traditionally, the Meiteis, the majority ethnic group of Manipur, recognize more than 70 different colors and patterns in the Manipuri Pony.

Mapal Kangjeibung, world’s oldest Polo Ground, displays two large hoardings that send out a strong appeal to the public: “Save Manipuri Pony, the original Pony,” and the other one states, “We gave the world the game of Polo.” Modern Polo, which roots back to Manipur, is derived from the homegrown game called Sagol Kangjei, originally played with Manipuri Ponies. Often considered the ‘Pride of Manipur’, the ponies, once revered as Gods, are on the brink of extinction. 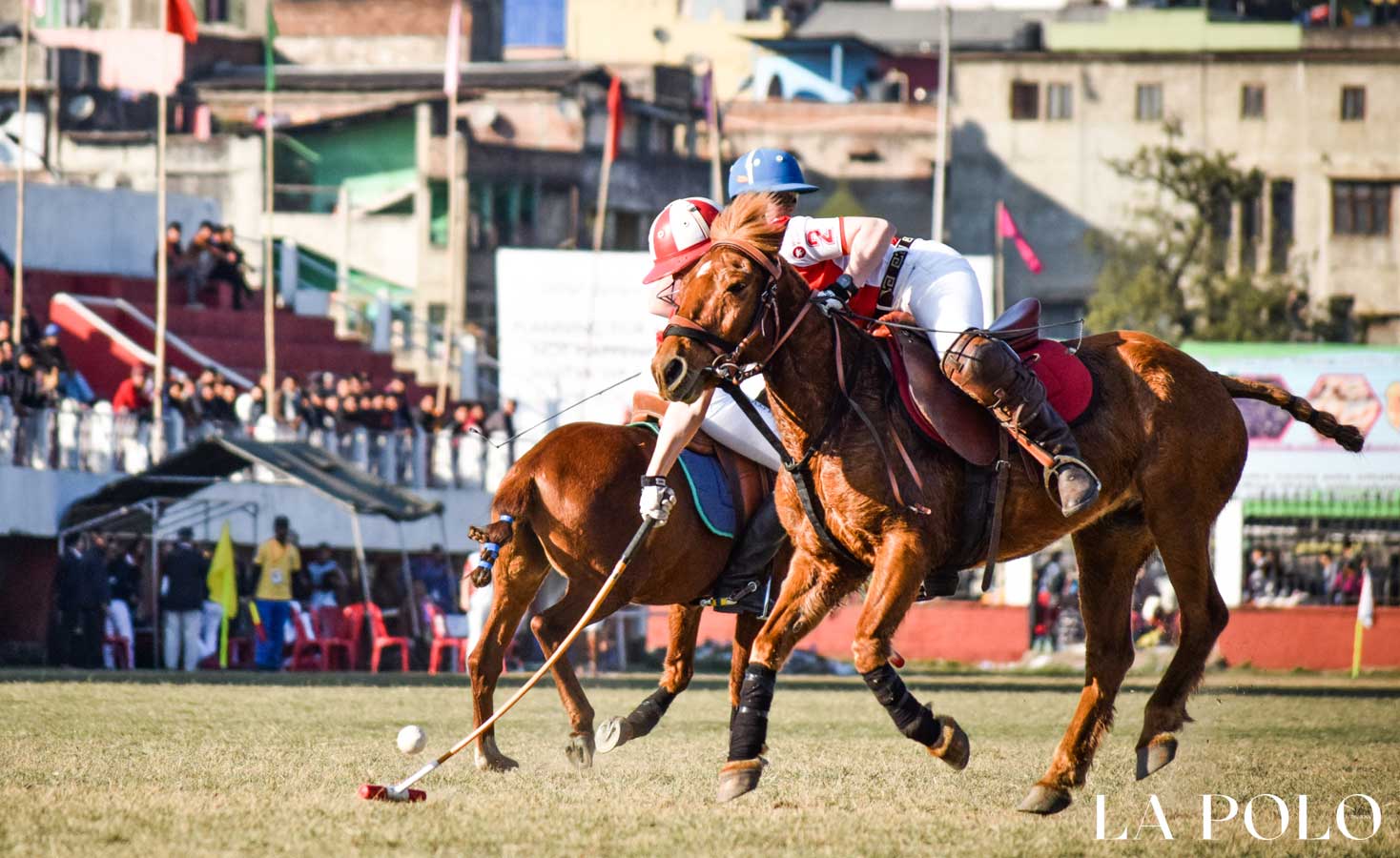 Why is the World’s original Pony on the brink of extinction?
As per the Quinquennial Livestock Census of India, conducted after every five years, the population of Manipuri pony has been dwindling since 2003, from a total of 1,898 ponies to only 1,011 in 2012. Road accidents and food poisoning are the two biggest aspects for a loathsome high fatality rate of the ponies. Rapid Urbanization has forced the ponies’ natural habitats to abate and has shifted the ponies to the roads. The Manipuri Pony Society has recorded around 30 deaths of young colts in 2017 alone.

Two temporary sanctuaries that were allocated for the ponies: one at Lamphelpat, Imphal West and the other in Marjing foothills, Imphal East weren't successful in protecting the Original Pony. “The Lamphelpat’s sanctuary remained flooded throughout the rainy season while there was a shortage of fodder at the Heingang sanctuary—thus driving out ponies to the streets a usual.” These were the words of Homen Thangjam, a member of MHRPA. Manipuri Pony was declared an endangered breed in 2013 by the Government of India. The Manipuri Conservation and Development Policy, introduced by the Government in 2016, has been a failure. 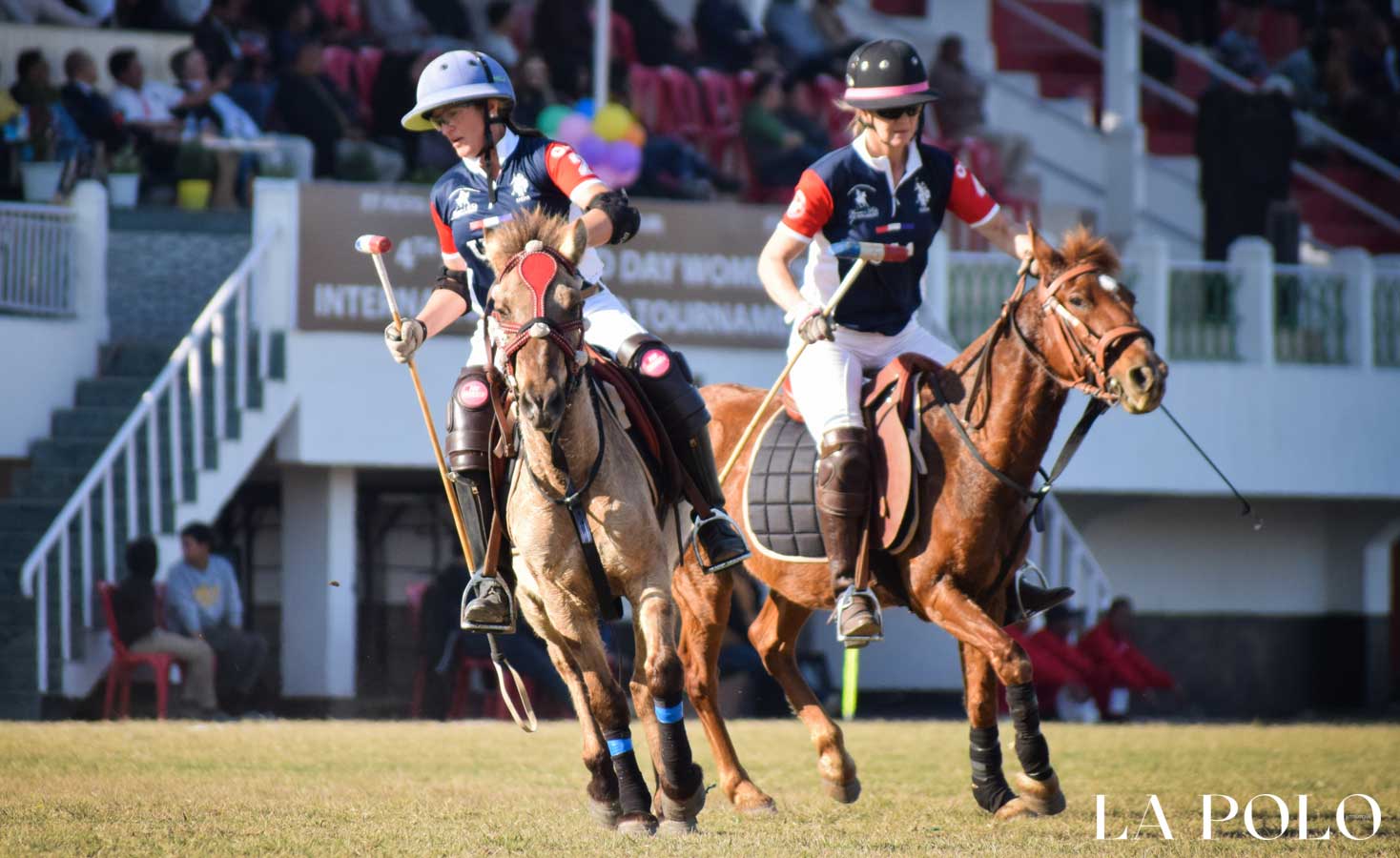 The merger of Manipur into the Indian Union in 1949 led to the drop in the patronage of Manipuri Pony feverishly. An endangered species today, the Manipuri Pony has an estimated population of less than 500. Their rare and endangered status is not competently recognized by local citizens and leaders. Crossbreeding has led to the introduction of other breeds in the city of Manipur. The late 20th century has witnessed an increase in urban development leading to the perishment of traditional, pastures leaving many ponies to wander the streets, scrounging in the city trash. The unstable political situation in the conflict-ridden border has distracted leaders from the plight of the pony whose days may be numbered, but there are some concerned citizens and pony lovers who have become aware of the need to preserve the Manipuri Pony. At present, there is no organization aggressively addressing the critical situation of these historically significant ponies.

Today, the abating populations of Manipuri Ponies are still used for exhibition arambai, racing, polo and to a limited extent, by the Indian military for transport.