The third day of the IPA National Polo Championship (Open) 2018 had Sona Polo and Jindal Panther/Garcha Lions battling against each other to qualify for the finals that is scheduled to be played on 2nd Dec 2018.

The match opened with a change on the LA POLO scoreboard after the first half of the chukker wrapped. Basheer Ali came into action to bag the opening goal of the match for Sona Polo. The opponent team could not change anything for them after the end the first chukker. The next chukker got into sudden action when Padmanabh stretched his pony to get hold of the ball. Tapping the ball a little, he passed the ball to Basheer Ali, who took the ball near the goal post and stroke it in, bringing the second goal for Sona Polo. This was followed by Naveen Jindal striking the ball all through the ground. The patron of Jindal Panther scored the opening goal of the match. Following the quick swift of the match, Padmanabh hit the ball for a long shot. Stretching the pony once again, Pacho kept the ball in his control and in a swing stroke the third goal for Sona Polo, bringing a lead by 3-1 after the second chukker. 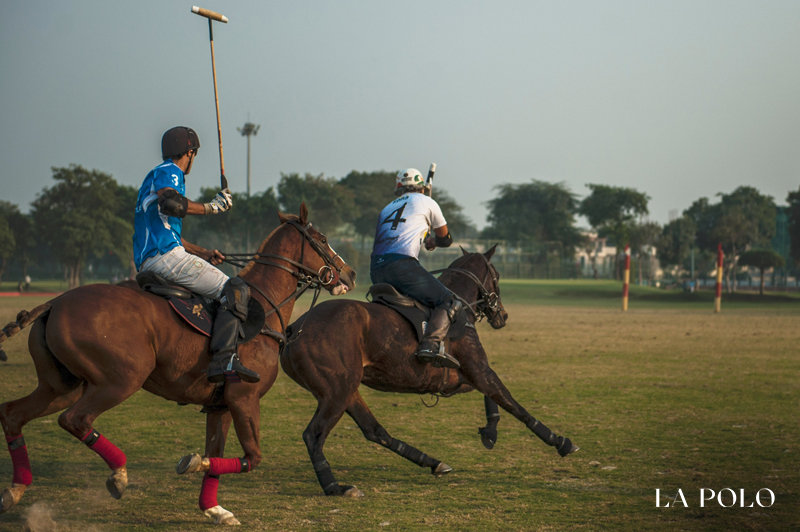 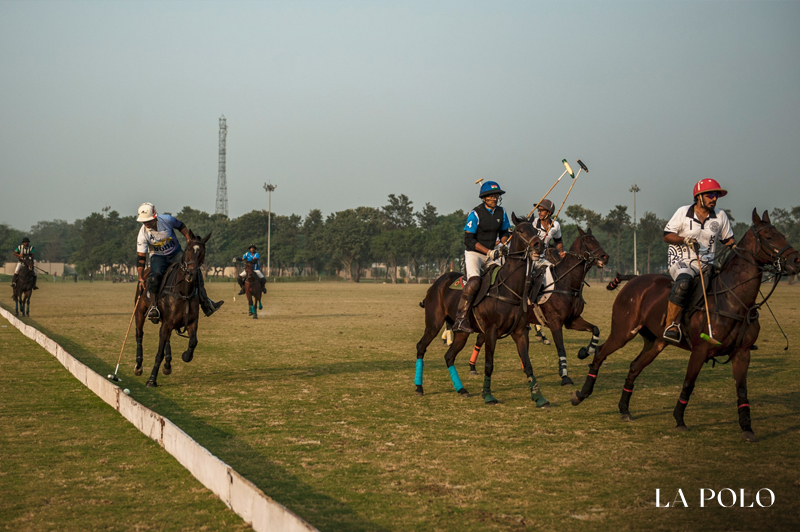 The third chukker came into action where both the teams got involved in the competitive speed of the sport. The game witnessed Basheer Ali in action to secure another goal for Sona Polo, but he was attacked by Raul’s bank hand, Simran came in to compliment Raul’s move but missed the ball, taking advantage of which, Abhimanyu Pathak passed the ball back to Basheer and he controlling the ball, secured the fourth goal for Sona Polo. Jindal Panther/Garcha Lions had a lot to cover by now, and at this Raul took a 60 yard penalty shot securing the second goal for the team. The chukker wrapped at 4-2. (*The chukker witnessed Gaurav Sahgal replacing Sunjay Kapur.) 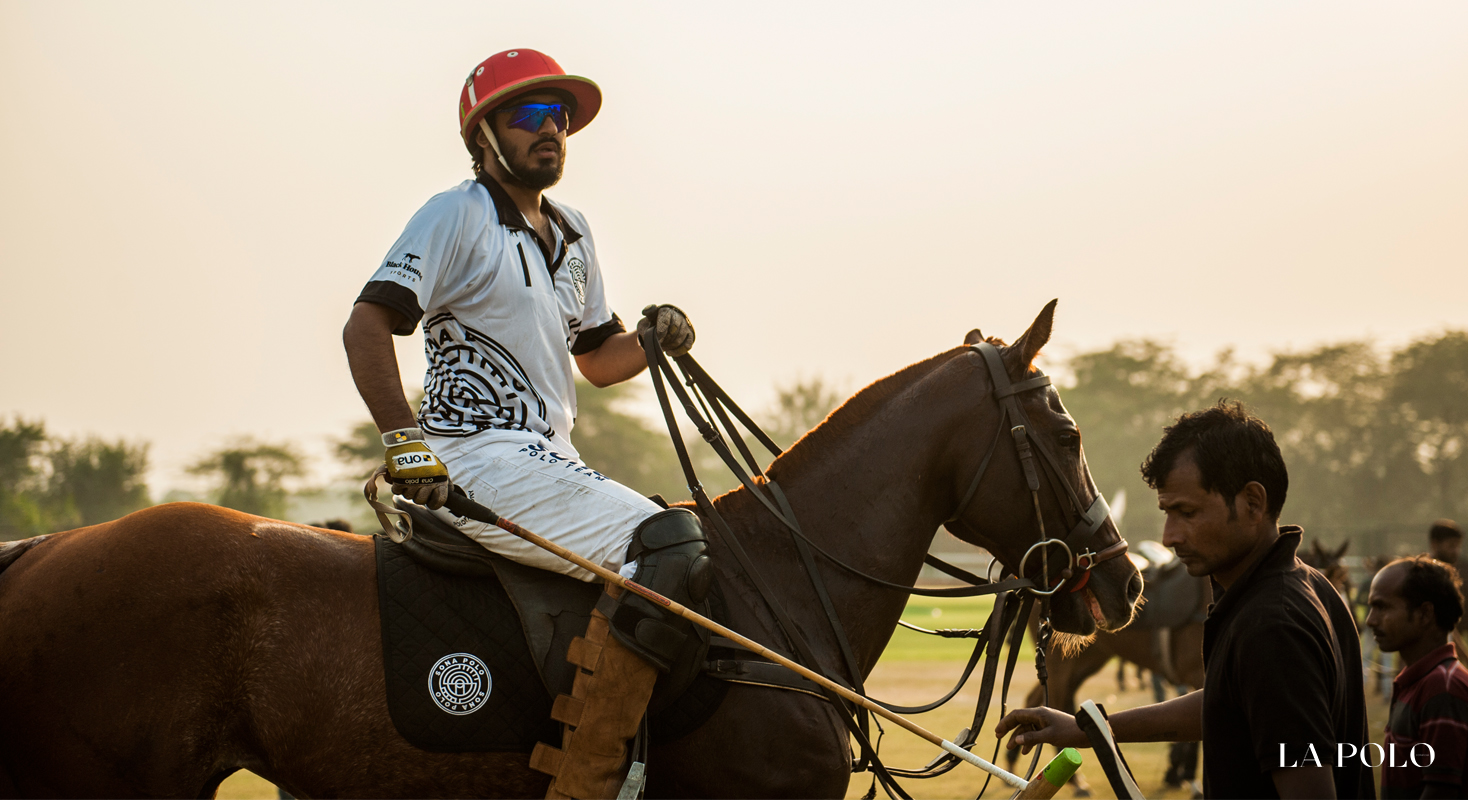 The next chukker started with a long shot by Simran Shergill that marked the third goal of the team. This was soon followed by Abhimanyu’s counter attack that led the scoreboard to 5-3. The fifth chukker started and just when the first two minutes of the chukker wrapped, the ground witnessed a painful vision, when Abhimanyu Pathak was hit by the ball during the game. He was quickly taken to the hospital. As he was not able to continue to play, Samir Suhag came in to continue the play. The chukker witnessed the sixth goal of Sona Polo that had Gaurav in action. The gap of the scores was getting big, and increasing it Basheer Ali stroke the seventh goal for the team. It was followed by yet another goal for Sona Polo with a good effort by Gaurav Sahgal. The scoreboard read a promising score for Sona Polo at 8 and Jindal Panther/Garcha Lions at 3. But coming into play, Simran stroke the fourth goal for the team. His move was replayed by Naveen who stroke another goal for the team. The chukker wrapped at 8-5. The last chukker witnessed a very close match, where, although, Padmanabh stroke the opening goal of the chukker, he was followed by three goals back to back from the opposite team. The sixth goal for Jindal Panther/Garcha Lions were in dramatic action, Satinder took the ball through the ground but missed the goal after the ball hit the goal post and bounced back, but just when the hope was lost Simran came in to strike the ball. The next goal was a 60 yard penalty shot by Raul. The last goal of the match had Simran in action, where the match wrapped at 9-8. 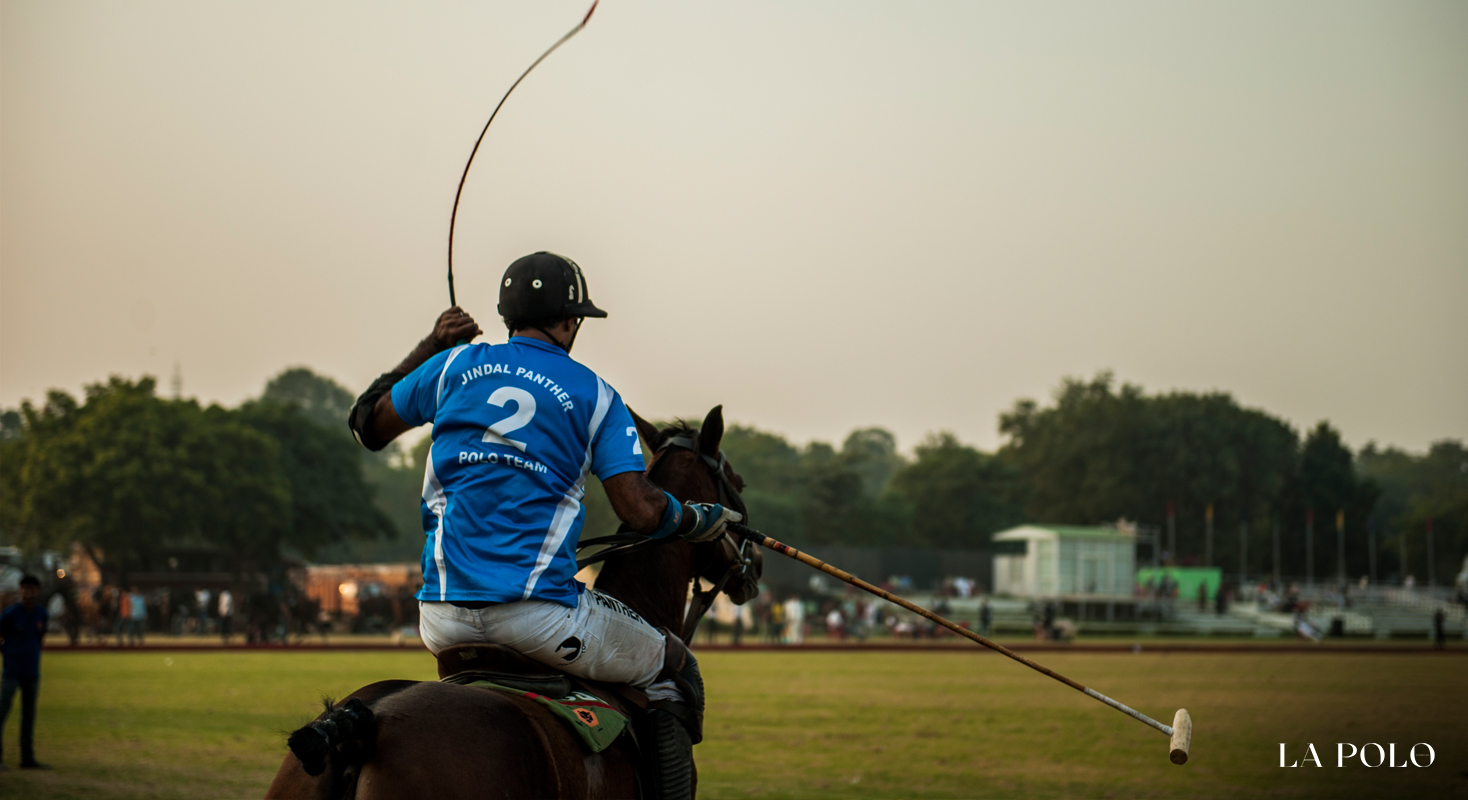