Back In Time With Top 10 Convertible Cars

An elaborated list of LA POLO’s top 10 convertible cars from the lot of the classic vintage stuff.


It has been ages, as long as a hundred years or a little more, but these convertible cars have carried with themselves forever a legacy of nostalgia and class unbeatable. LA POLO picks the top 10 convertible cars and let’s you linger on their aura, beauty, and charm.

In our pick of top 10 convertible cars, the Porsche 356 lists at the top. The Porsche 356, without any second thought, is that one vintage convertible car that gets recognised easily as the sports car from the European era. Interestingly, the Porsche 356 was the first car ever to wear a ‘Porsche’ badge. The Porsche 356 first model made its debut in the year 1948 and remained in production for the longest period. In fact, every Porsche 356 model had its share of fairy tale story. But all these fairy tales were overshadowed when in 1965 the production of all types of 356 were completely ceased. It was due to the 911. The Porsche 911 shattered the dreams of 356 for all of us. Although it did not intend at doing so, but the sudden popularity of the 911 took over the 356, and while 356’s production was stopped, the 911 lives till date. But nevertheless, the Porsche 356 will always hold a special place in its own way. 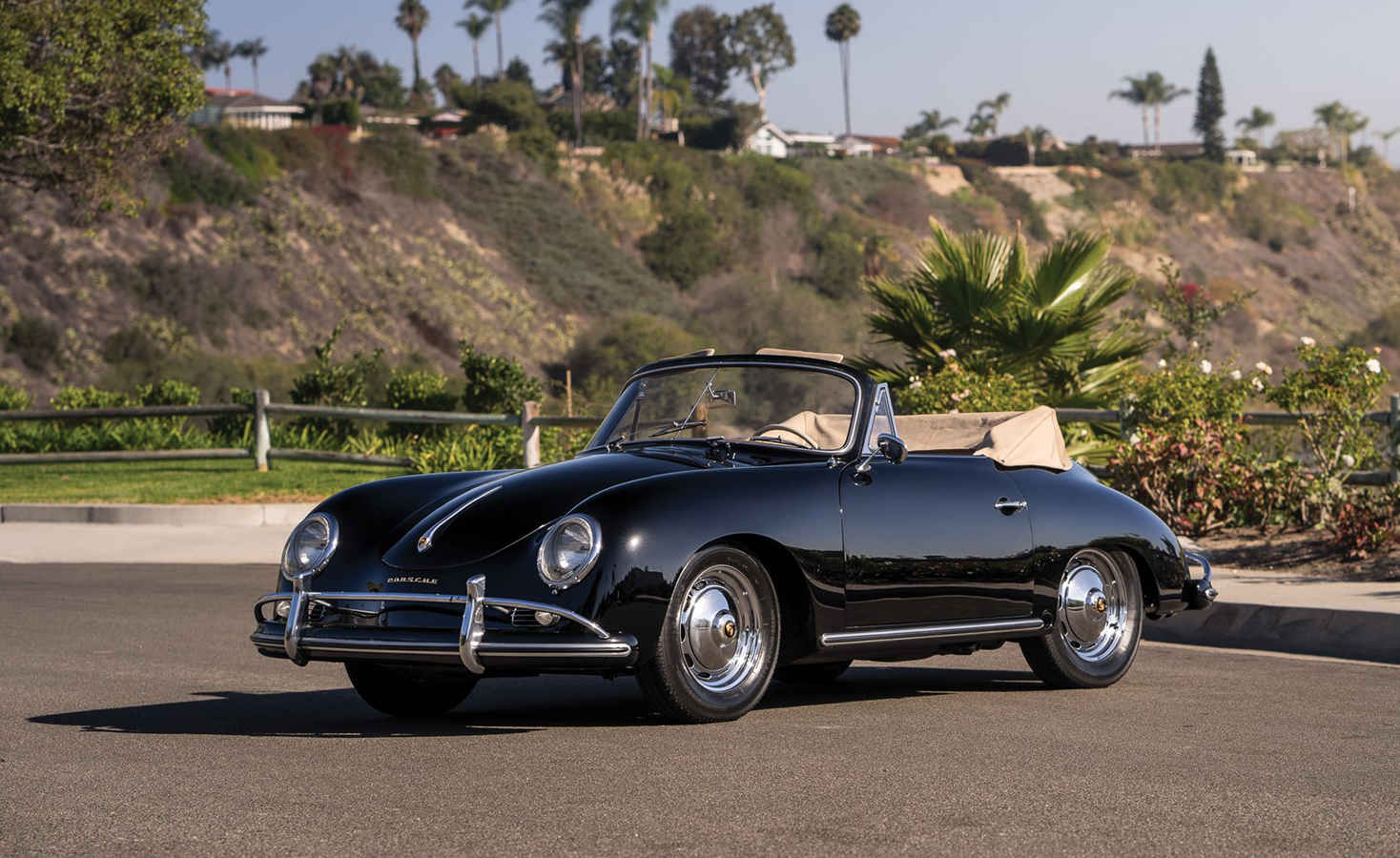 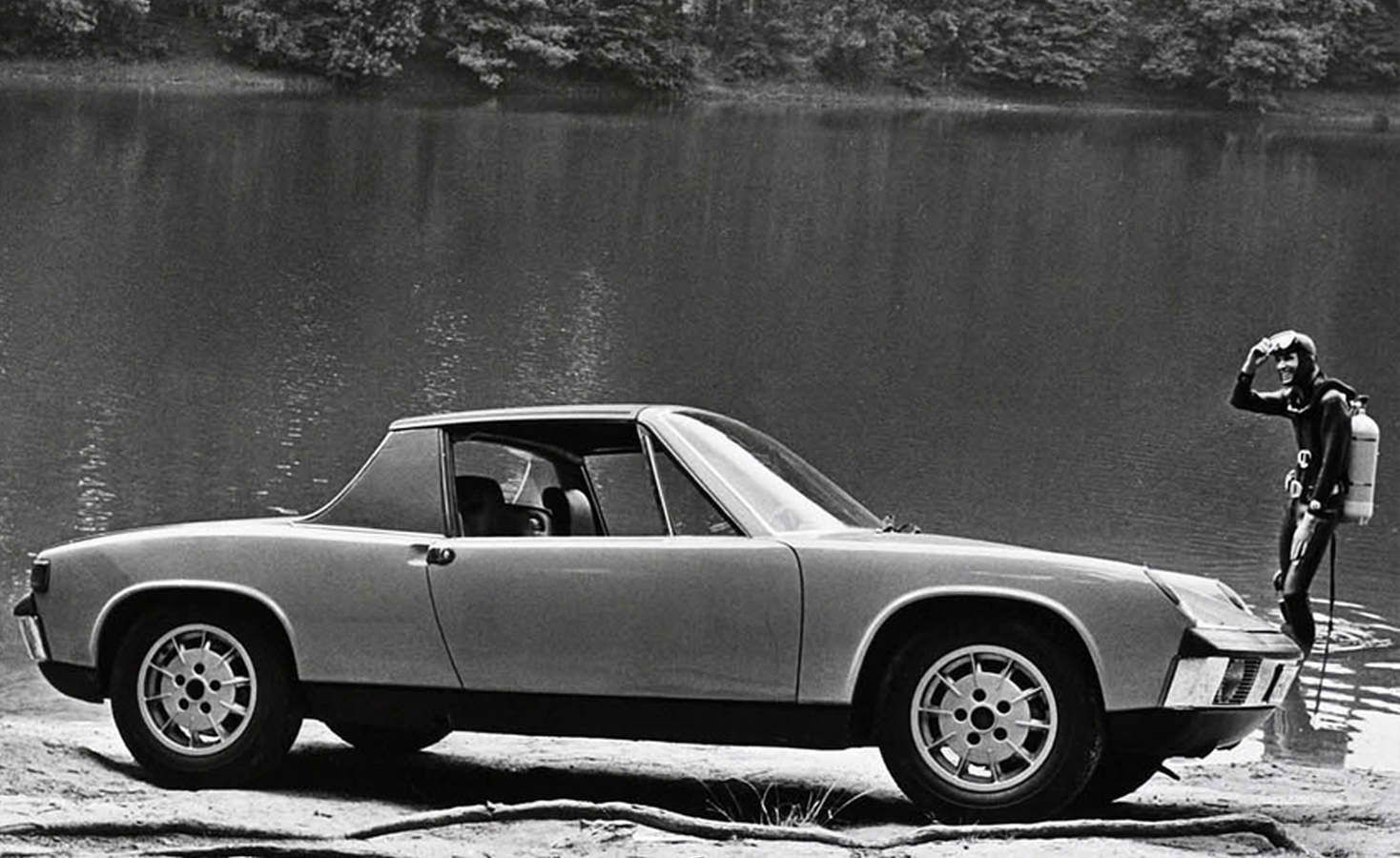 The 1966 Ford Mustang has had a significant piece of car history attached to itself. The third car in our list of top 10 convertible car had the month of March in the year 1966 named to itself, for, Ford was creating the millionth Mustang during that time. And there is no need to prove anymore that why the 1966 Ford Mustang model was one of the most popular cars that was ever manufactured in the history of cars. Ford had always shared good years in the car manufacturing industry and was enjoying the same until 1966. But it was in this year with the introduction of Ford Mustang that Ford started to get the fruit of its hard work. The 1966 Ford Mustang became an instant attraction among people. It was the perfect car for daily drivers and also for weekend cruisers who demanded of a sporty and edgy look. It was that one car which was well-made and was for everyone who loved to drive an amazing car. 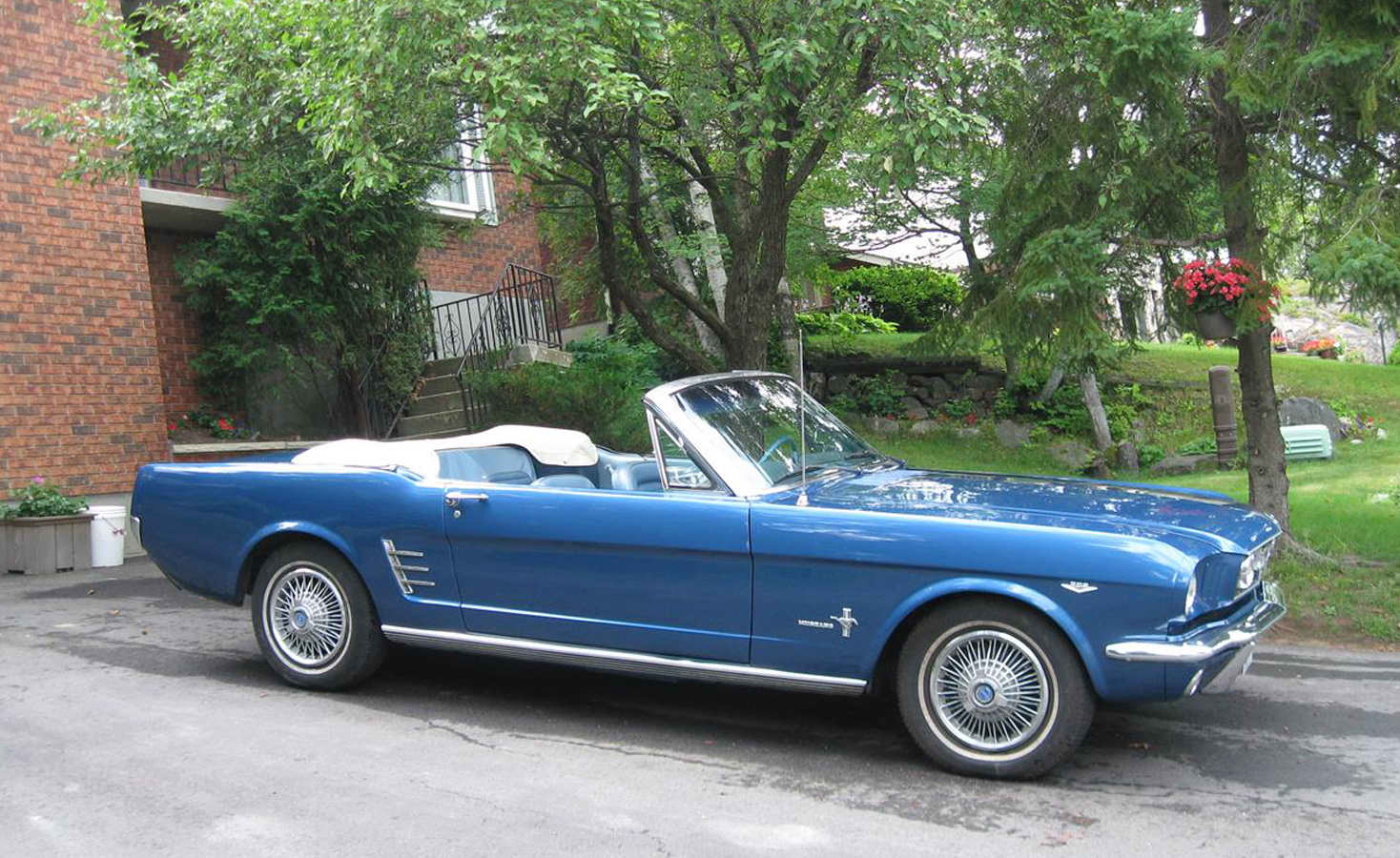 The 50s was known as ‘fabulous 50’ for all the good reasons and one of the many reasons was the 1957 Chevrolet Bel Air. This convertible car made the ‘57 look so much different from ‘56 and no magic of ‘57 was felt again in ‘58. The 1957 Chevrolet Bel Air was all that made the difference as it was simply good-looking and a beautifully designed convertible car. The car turned out to be a chartbuster when Chevrolet in 1957 produced a total of 1.5 million models of the Bel Air. What was astonishing was that out of these only 47652 were convertible cars and out of them only 68 were fuelies. The charm of the car was such that it remained it light all along the years. In the year 2006 and 2007 when Chevrolet was hitting the floors of the showroom, the car was still shining like a feather in the hat and was completing its 50th anniversary. 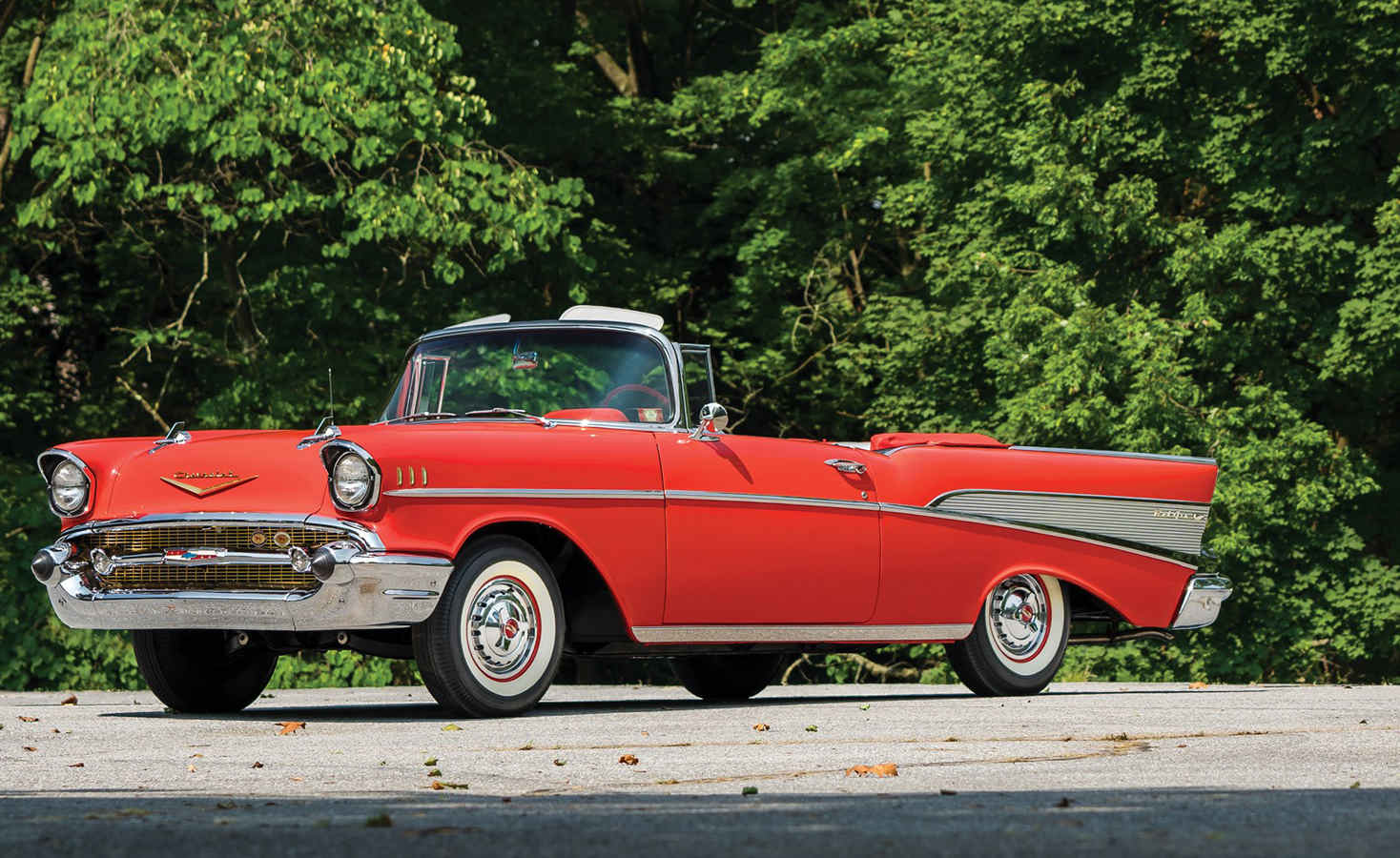 
The Buick Skylark, sets in our list of top 10 convertible cars for it reminds the world of a time when Buick was celebrating its 50th anniversary and this masterpiece was the centerpiece of the ceremony. This convertible car from Buick was launched to set standards, where it was breaking some of the manufacturing company itself. The 1953 Buick Skylark came with premium equipment even beyond what Buick had been using previously. This car had its own look and elements like Kelsey-Hayes 40-spoke chrome wheels were a subject of acknowledgment among the collects of beautiful wheels. This convertible car also featured Buick’s very first modern V8 engine that added the racy touch to it, making it even more graceful and in-demand. In 1953, the Buick Skylark noted a total of 1640 sales, proving that Skylark is going to a rare and collectors car. 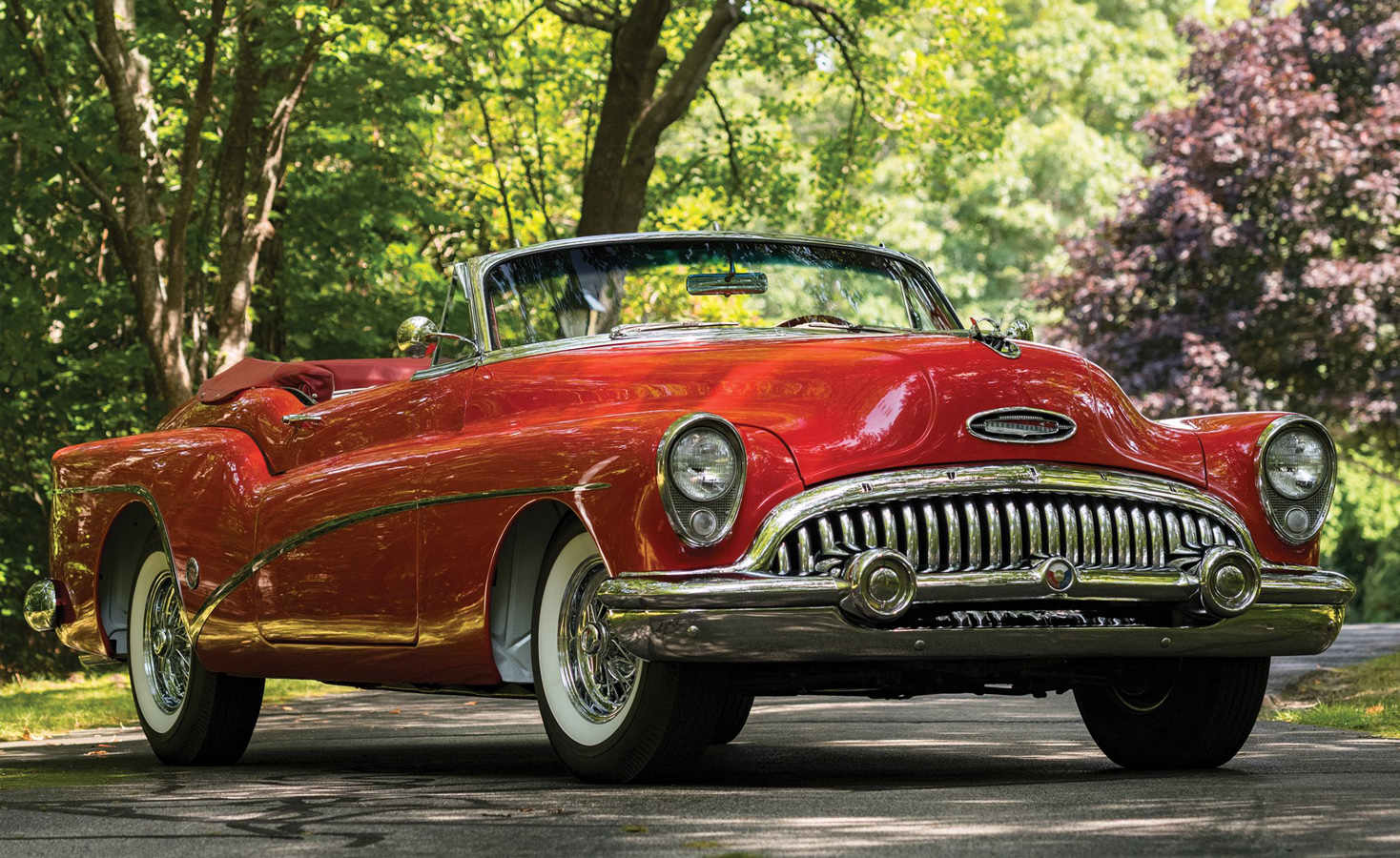 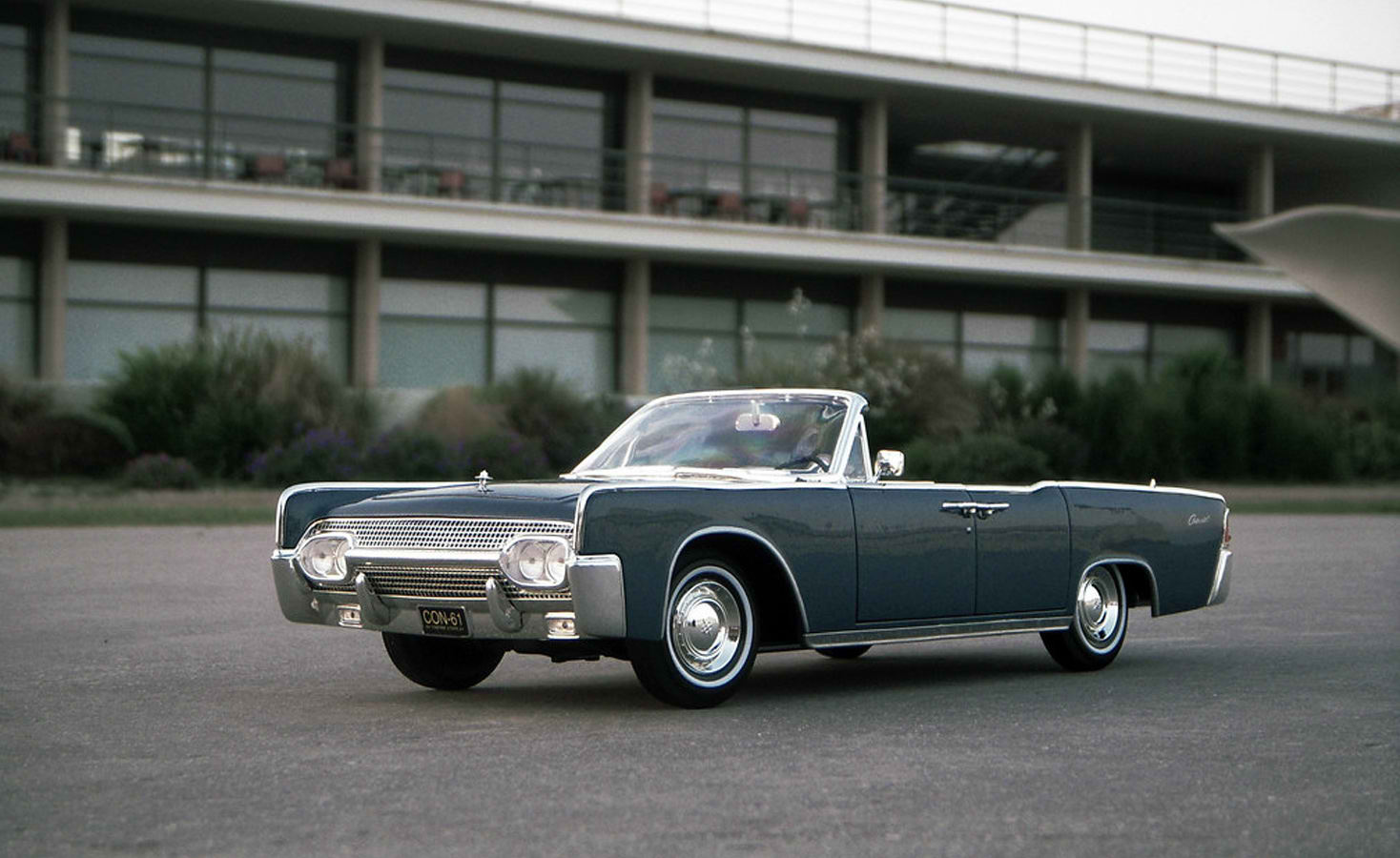 The 1936 540K Mercedes would have been a celebrated name in the history of vintage cars, but the tales attached to it made it even more aspiring. One such story evolved in the times of World War II, where the 540K became a means of rescue for an aristocratic German family. All of it started when the Josephine von Kreiger ordered the custom-tailored, finished black and exceptionally detailed 540K Mercedes with distinctive interiors and closely hand-painted family crest on the driver’s door for his son, Henning von Krieger. The convertible car had everyone’s attention at just a glance, but the masterpiece turned out to be a shelter for escape during the outbreak of World War when Henning von Krieger had to return back to Germany and his sister Baroness von Krieger, an acclaimed beauty of her time immediately took control of the supercharged the 540K Mercedes. The car became the mode of transportation for Baroness von Krieger during her years of escape and hiding in Switzerland before the entire family moved to New York and then to Greenwich. This special Roadster then suddenly went missing and the mystery was this lost 540K Mercedes was only solved after four decades when it was found parked in an unassumed garage. The 540K Mercedes although remained a prized possession of the Baroness von Krieger until her death in 1989. The car was later restored back to the best form as it would have been in 1936. 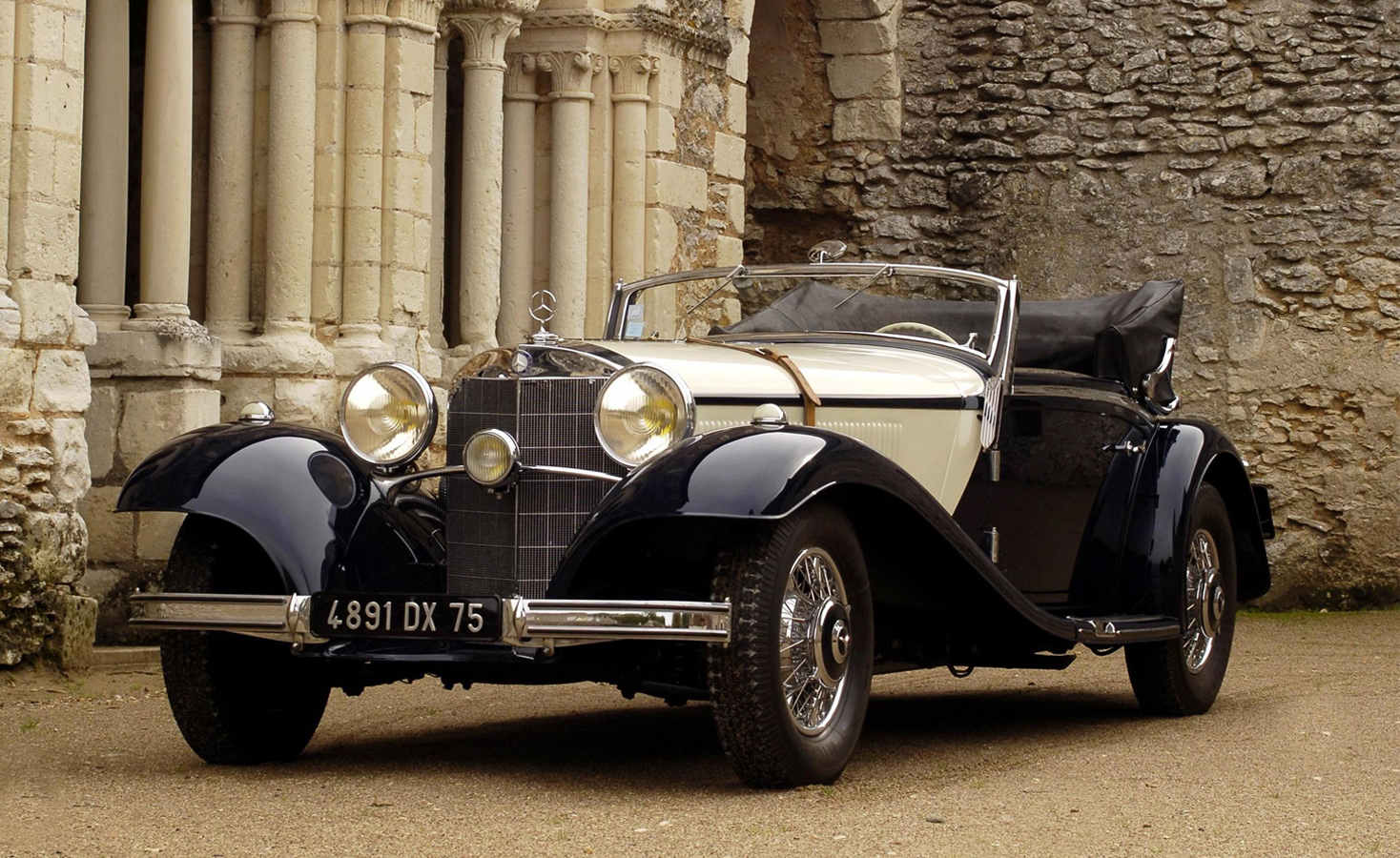 The 1972 Mercedes 350 SL came in an era when the hand-made Mercedes were being replaced. This convertible car made its debut in 1972 as the one-year-only 350 SL that came out with a completely new and surprising makeover from that of the Pagoda cars that were offered in the 1960s. The Mercedes 350 SL had in it V8 power along with plenty of options for interior as well as exterior. The convertible had fuel injections and comfort of the sedans in the early era. The 1972 Mercedes 350 SL grabbed the attention of all, because, one it was a debutant car, second, it had the features of the new era, third, it had the purity of the most fresh as well as the original design. It indicated towards a new beginning for the upcoming roadsters. 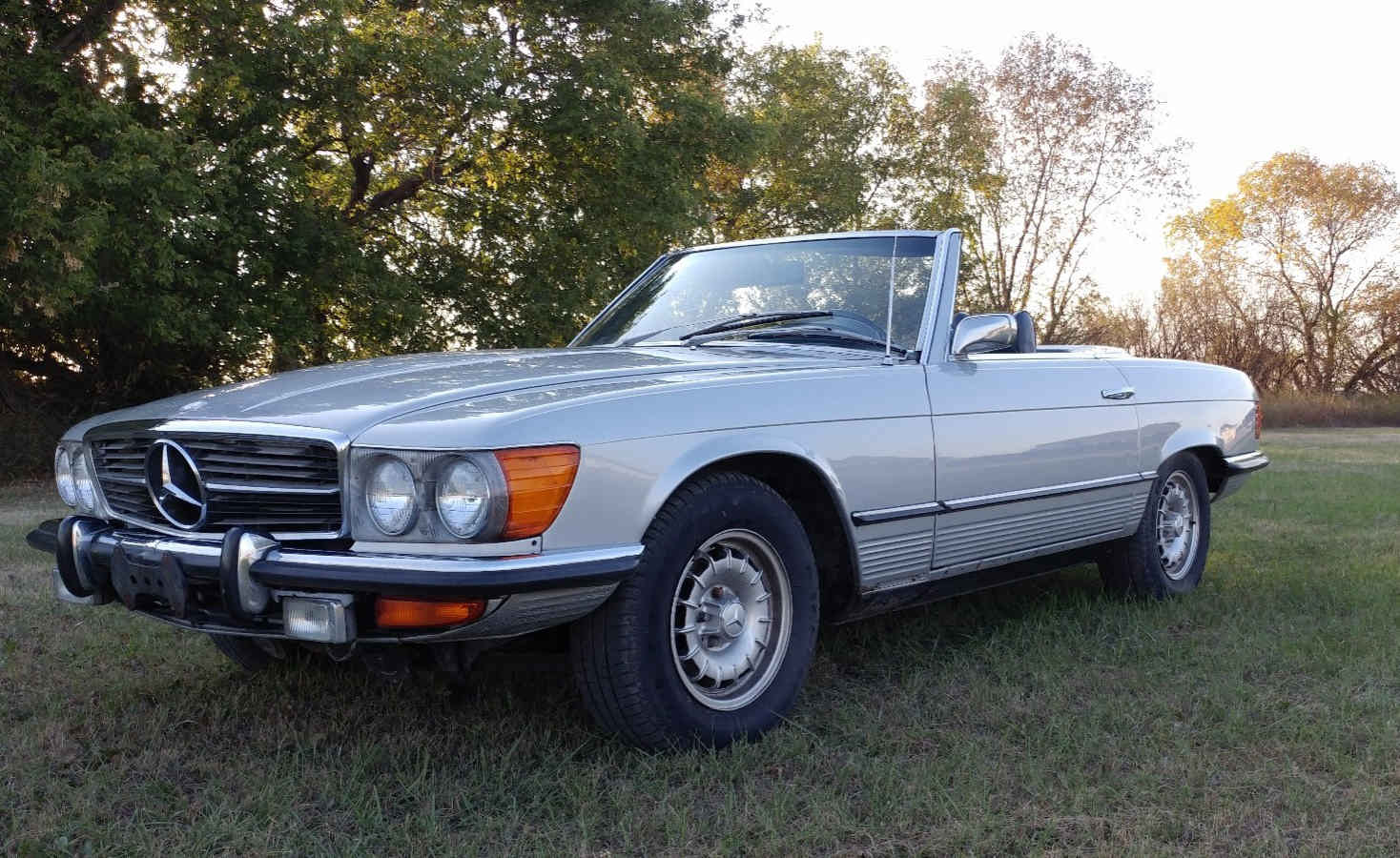 When Jaguar E-type Series 1 was launched for the first time in Geneva Motor Show in 1961, the world of the convertible cars changed forever. The Jaguar E-type Series 1 was unbelievably curvy, fast and beautiful. It had the finesse of the luxury convertible car and even after all of this, it was still attainable. The Jaguar E-type Series 1 remained affordable for a longer time as it launched in the era were values were not hit vigorously by the economical growth of the world. In 1961, when the convertible car made its debut, the times were nowhere like they are today, where cars like these are available and attainable to only a specific sect. Back the financial crisis were not such as it happened after the 2008 financial crash that hit the entire world. 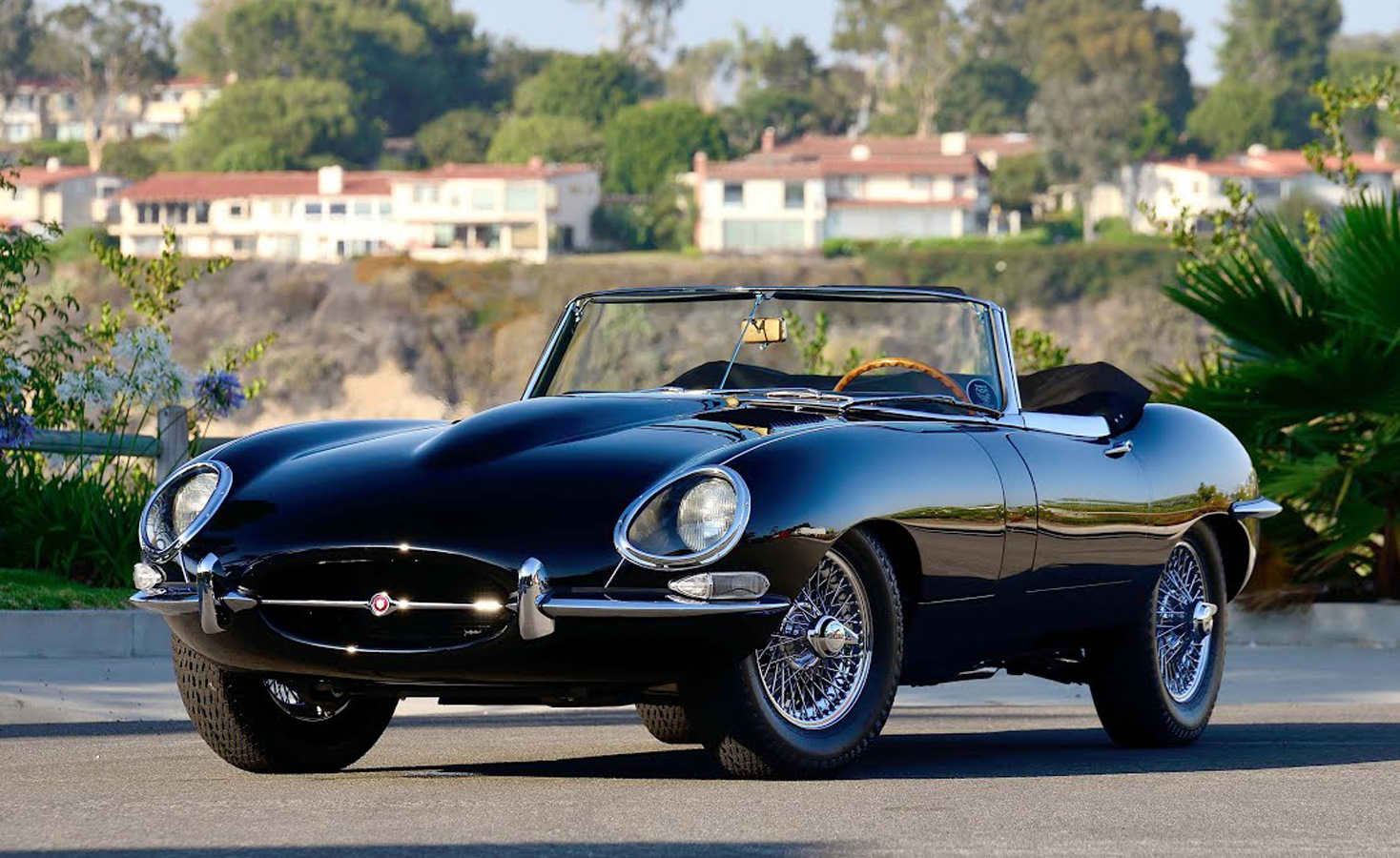 The 1955 Model- 62- Cadillac although did not break any stereotype like most of the cars in our list of top 10 convertible cars did, but this car still had small inventions attached to did that were the beginning of change for the upcoming roadsters. 1955 Model- 62- Cadillac had the grille redesigned that came with wider spaces between the blades. This was accompanied with the re-positioning of the parking lamps. Florentine curve rear window treatment was taken into the designs for the sedan cars, while three chrome molding bordered the rear plate. The deck lid too was composed with V-shaped label and a Cadillac crest. The 1955 Model- 62- Cadillac also witnessed a whole new feature of tubeless tires throughout the line. 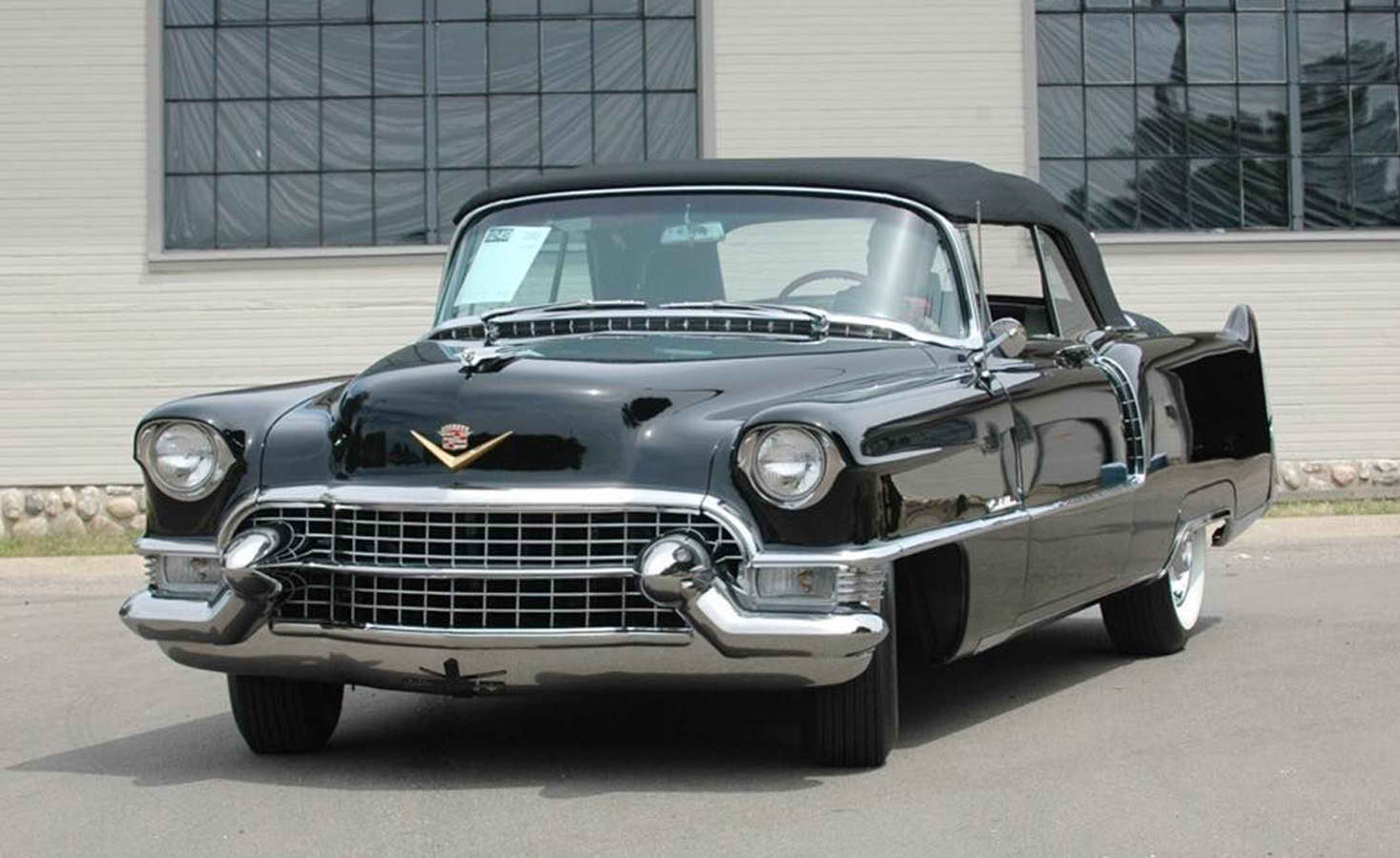