The SMS Gold Vase came to end after some furious battles on the field amongst top teams.


The Velocity 48 SMS GOLD VASE 10 goal went into play from 9th March 2021 to witness the grand finale on the lovely afternoon of 14th March 2021. With seven teams divided into two pools, the polo field turned into a battleground for the next few days. 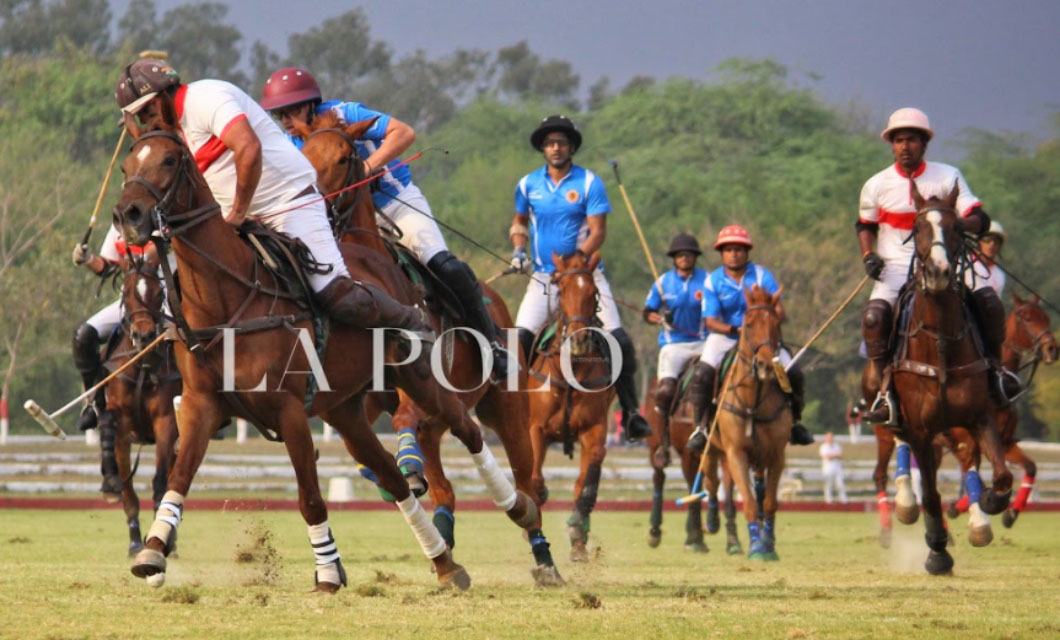 A day full of action packed performances and the players all competitive and bright!

The first of the Velocity 48 SMS GOLD VASE, 10 goals started off early. With the first match getting into play at sharp 10:00 am, it was Sona Polo vs Aravali Polo. Entering the chukkers were Sona Polo with an advantage of 0.5 goals as per the Polo rules. But the difference in handicap of Polo players did not affect them much. The team was all out and going. Until the third chukker, Sona Polo has a major grip in the game with 5.5 goals against 2. It was only in the last chukker that Aravali Polo took a sudden grip to grab goals in favor of themselves. But the continuous chase of Sona Polo brought victory to them with 6.5 goals to 5.

The second match had Sahgal Stud against Jindal Panther. The dominance with which Jindal Panther took over the entire camp was brilliant. The team had a perfect display of defence techniques, control, chase, mark and change all of that energy into a goal. Just in the dying minutes of the match, Sahgal Stud were able to get the grip of the movements. It was then that the team together were able to score four goals but it wasn't enough as Jindal Panther wrapped the game at 8 goals to 4.

Galloping into the third match with hopes and spirit high were Jindal Steel & Power against Sujan. After the finals of the RMRM GOLD VASE, 8 goals on 07.03.2021, Sujan had to make a grand comeback to prove their mark in the game, and that's what exactly they did. Giving a splendid performance in the game, team Sujan successfully defeated their opponents with 7 goals to 5. 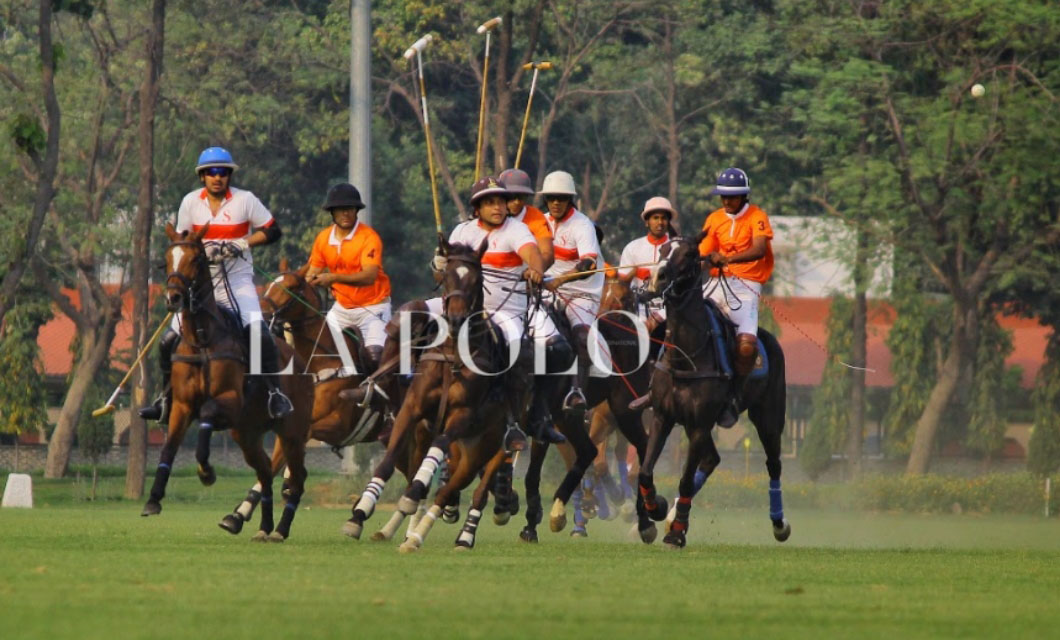 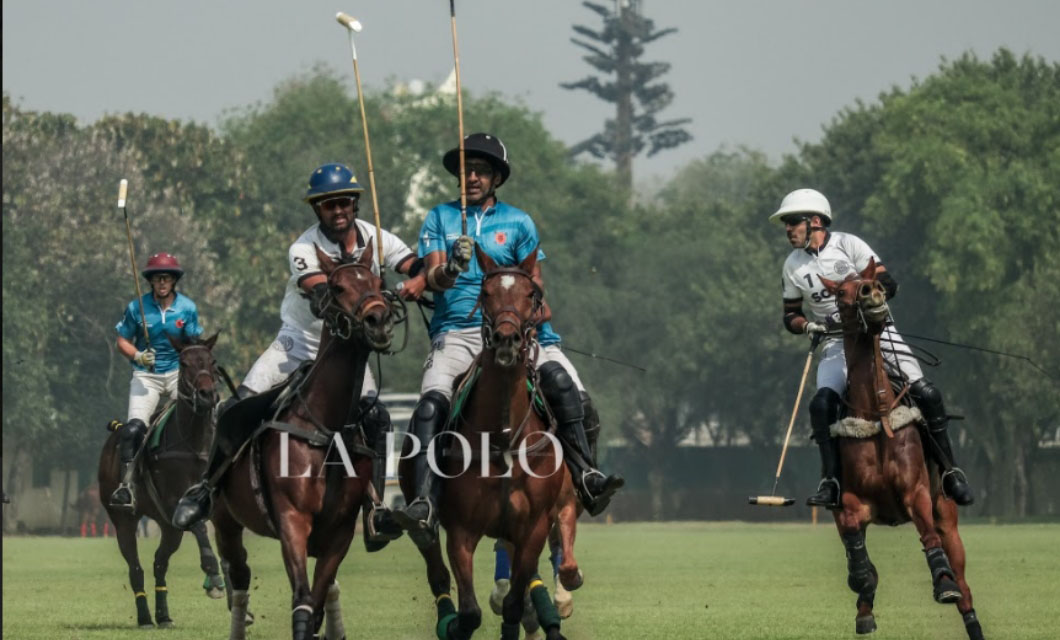 The last day of the Velocity 48 SMS GOLD VASE 10 goal was packed with matches. Starting off as early as 10:00 in the morning on 11th March 2021, the first match between Sona Polo and Jindal Steel & Power took place at Jindal Polo Ground, Noida. As per the poli rules, Sona Polo were granted an advantage of 0.5 goals to start. As the play began, it was Jindal Steel & Power who maintained the lead for the first chukker, but it was short lived as Sona Polo equalled the score in the second only to get into lead in the third. The last chukker came out in favor of Jindal Steel & Power but not much to bring them victory. The first match wrapped with 7.5 goals to 7 with Sona Polo in the lead.

The last match of the day and the league series was between Aravali Polo and Sujan. With some of the finest polo players from the country and the globe coming into battle, this was going to be a fine match and so was it. Both the teams kept the pace of the scoreboard going in speed but in the end Aravali Polo seized the day with 7 goals to 6. 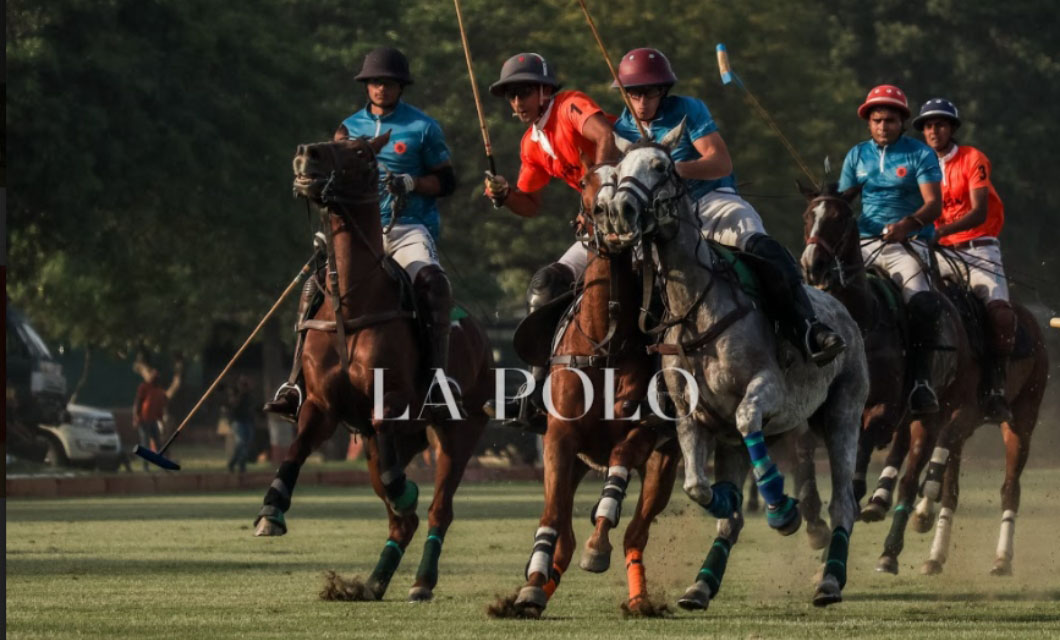 The semifinals of the Velocity 48 SMS GOLD VASE 10 goal had Jindal Panther vs Sona Polo and Aravali Polo vs Achievers Empire Alcobrev.

Results from the day: 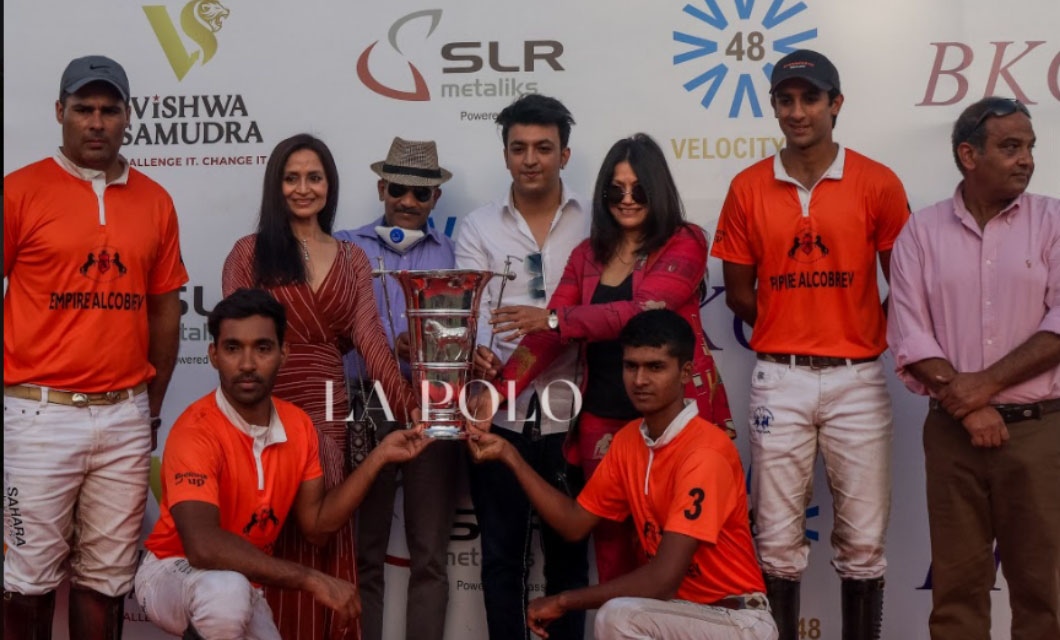 Velocity 48 SMS GOLD VASE 10 goal came to an end on 14th March 2021 after a fantastic finale between Jindal Panther and Achievers Empire Alcobrev. Gracing the Jaipur Polo Ground, New Delhi, were some of the finest polo players, best mentors, great audience and a perfect evening. After a full power packed battle between the two teams, it was Achievers Empire Alcobrev who took the trophy home in grace with 5.5 goals against 3.