VIEWS OF A YOUNG GUN ON INDIA’S EQUESTRIAN FUTURE


VIEWS OF A YOUNG GUN ON INDIA’S EQUESTRIAN FUTURE

What lies ahead in the future for the equine industry for India has come to a question after witnessing just single participation at the Tokyo Olympics 2020. La Polo tried to figure out what needs to be changed with a young gun- Rochak Sobti.


A 20-year-old young, passionate show-jumping equestrian, working towards eventing, has some concerns, ideas, and suggestions to share with La Polo regarding the future of Indian Equestrian sports. Rochak Sobti began his riding career almost 11 years ago and is currently based with the Olympian Imtiaz Anees, the second Indian to represent India in Equestrian sports at the Olympics. Rochak’s foundation of sports was built during his life at Mayo College, Ajmer. He was part of the equestrian team and his passion paved the path to winning medals at many championships. Hoping to achieve a dignified position in the Equestrian field, he is preparing himself to face and overcome the challenges before him.

Any equestrian sport is working under the basic principle of the bond between the rider and the horse. For a normal man, not much aware of the game, the relationship between the horse and the rider may not be visible to his eyes. But, it’s the clear understanding from both parties and trust that decides the total game scenario. “When it comes to the event ‘Dressage’, the game is completely dependent upon how well the rider is connected with the horse,” says Rochak. “It is an individual sport, which focuses on rhythm and harmony and is basically about how well you and your horse communicate and perform a set of certain movements you are supposed to do,” adds him. Talking of his event ‘Show-Jumping’, he shared: “It’s again an individual fast-paced equine sport. Here, the horse-rider combination comes inside the arena. Riders on horseback attempt to jump cleanly through sets of obstacles within a specific time, without dropping, stopping, or missing any jumps.” Finally, on another important equestrian sport ‘Eventing’, he says: “ It’s an amalgamation of dressage, show-jumping, and Cross-country. To simply put into words, it’s how well you and your horse trust each other.” It’s the partnership the rider strives for with their horses, which is the most important part of any equestrian sport. 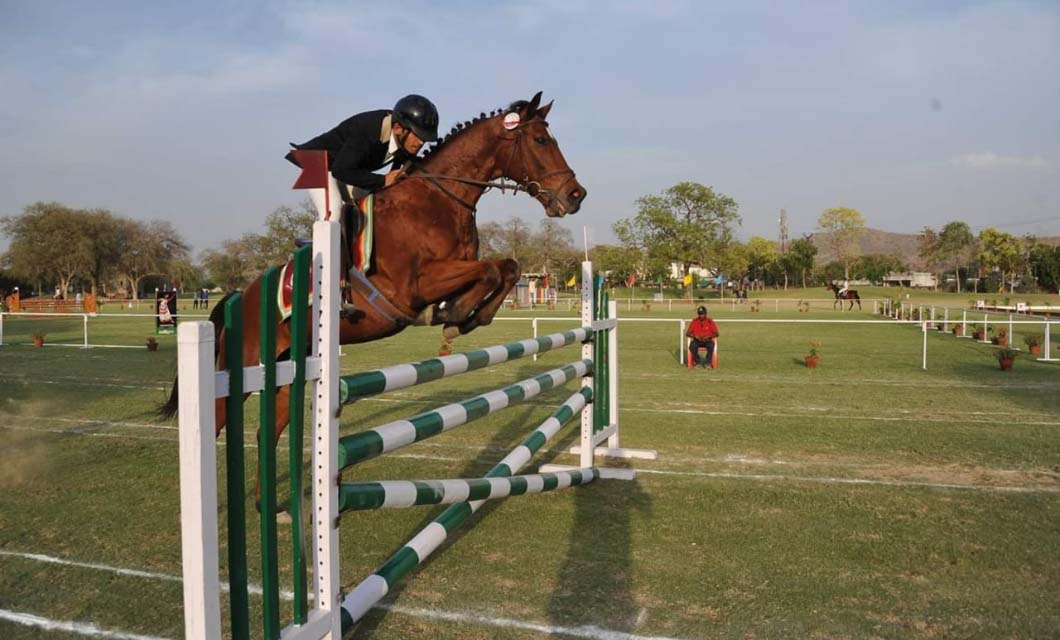 According To Rochak, the initial training process for an amateur is very important in developing a good relationship with his partner horse. He remembers: “I was lucky enough to get introduced into this sport in a very good court of manner. I started at Mayo and the programs there are far superior to any other programs elsewhere in India.” At a young tender age, what really matters is the bond with the horse. “Most of the riding schools treat riders merely as customers. They have no focus. They put the rider on a horse for about 20 minutes and ask him to get off the horse once the time is over. There is no sort of bonding formed,” Rochak shares his concern. In the opinion of Rochak, everybody can ride a horse, but not everybody can take care of the horse. The latter happens only when a bond is formed between the two. That’s the difference 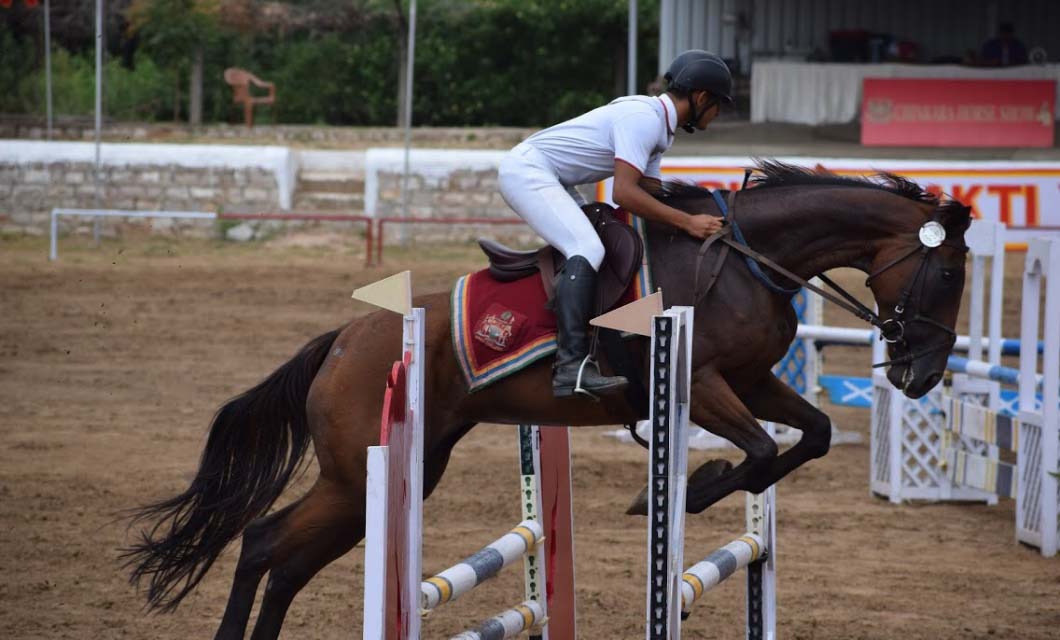 “India being a country with a 1.3 billion population, it's very sad to say that we had just one player in the Olympics in the Equine events, ‘Fouaad Mirza’,’’ Rochak says as a word of caution. He feels that equestrian sports were never introduced to the people of India precisely. It was first an army-dominated field and normal people were not much familiar with the game. But now, scenarios are changing. New private players and riding schools are coming forward, which is a good chance for the development of the game in India. Even though privatization of sports is helpful, the right way would be privatization with the support of the Government. He suggests that if the government began facilitating the athletes and the horses more, we could hopefully see more brilliant players here in India soon. 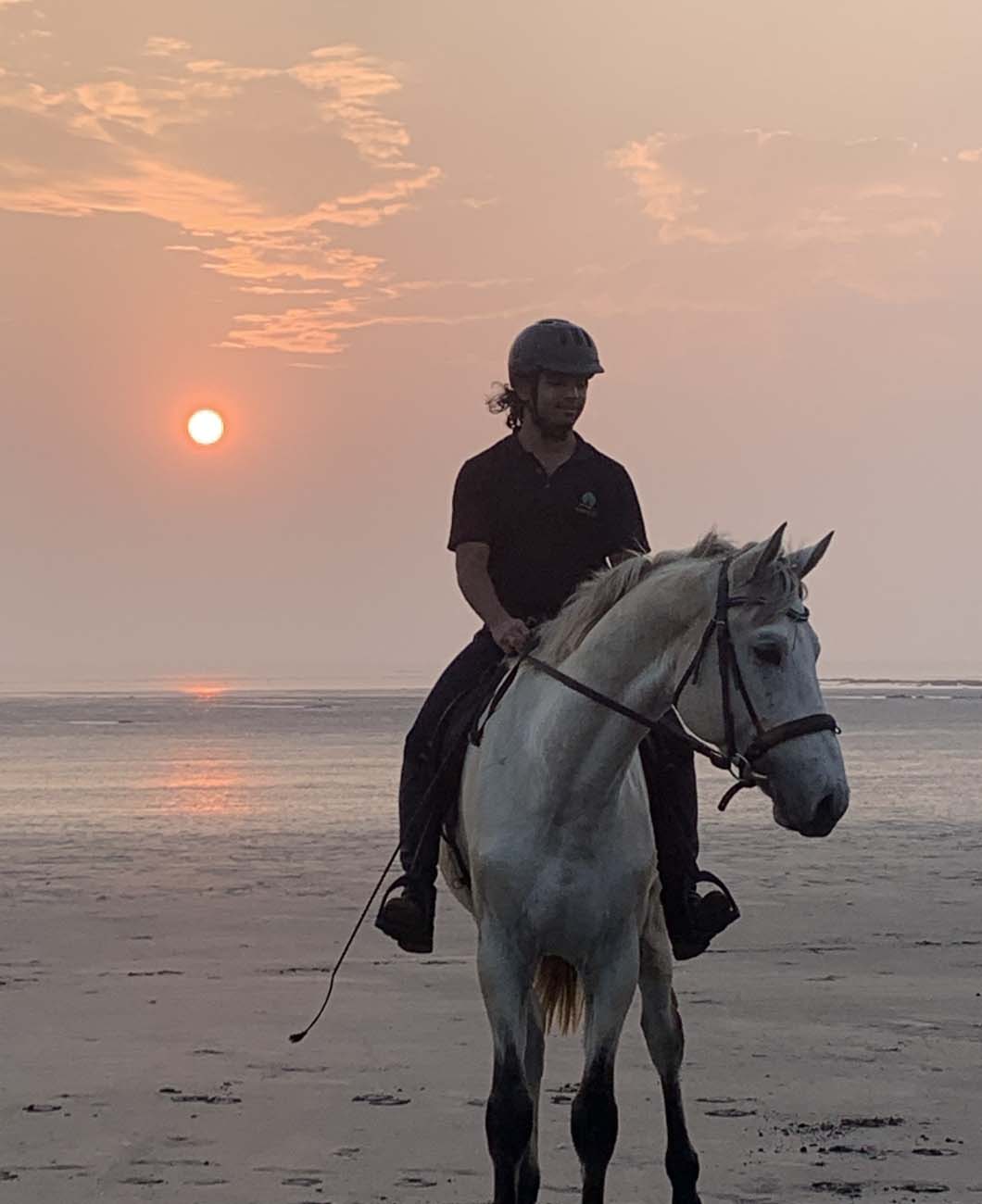 “Qualification to the Olympics is not as simple as it seems,” says Rochak. “I have to complete certain high-level competitions to get selected to participate in Olympic events”, he added. He suggests that, if India could conduct some International Competitions within the country, it would be really helpful for aspiring athletes like him. In the present scenario, equestrians have to go abroad to compete in more competitions and due to the financial crisis, many young aspiring riders are stuck here. While European and American equestrian players have matches every weekend, in India there are not many competitions and thus the experience level will be very low compared to them. Rochak wishes that the government should work on introducing equestrian sports at the school level and many young people must come into this field from all areas. Career dreams as a young Equestrian 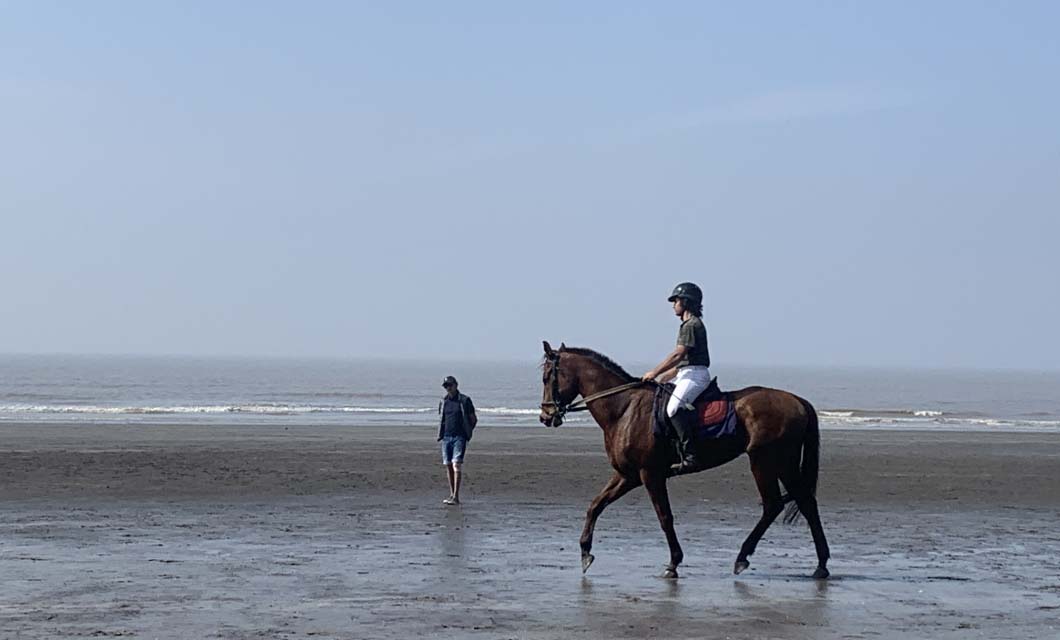 Rochak is eagerly planning to have a career in the Equestrian field. “The job depends on the level of expertise and riding,” says him. Since even children are exposed to this field abroad, they would have more experience than anyone riding in India. So, we should start the training from the school level to match them. The people in India are very well talented and they can fly high if provided with ample amount of opportunities. A few of the career options are; being a farm manager where the horses are raised, or if you are a veterinarian doctor, you could specialize in horse science, or else you could find a job in the racing industry. Rochak plans to work in the racing industry and to lease horses for competition. “But, it's important to note that it's not a good idea to lease a horse for a few days, as we may not be able to develop the bond required, so it's better to lease the same horses for a pretty long time,” says the young equestrian. India and Equine Industry 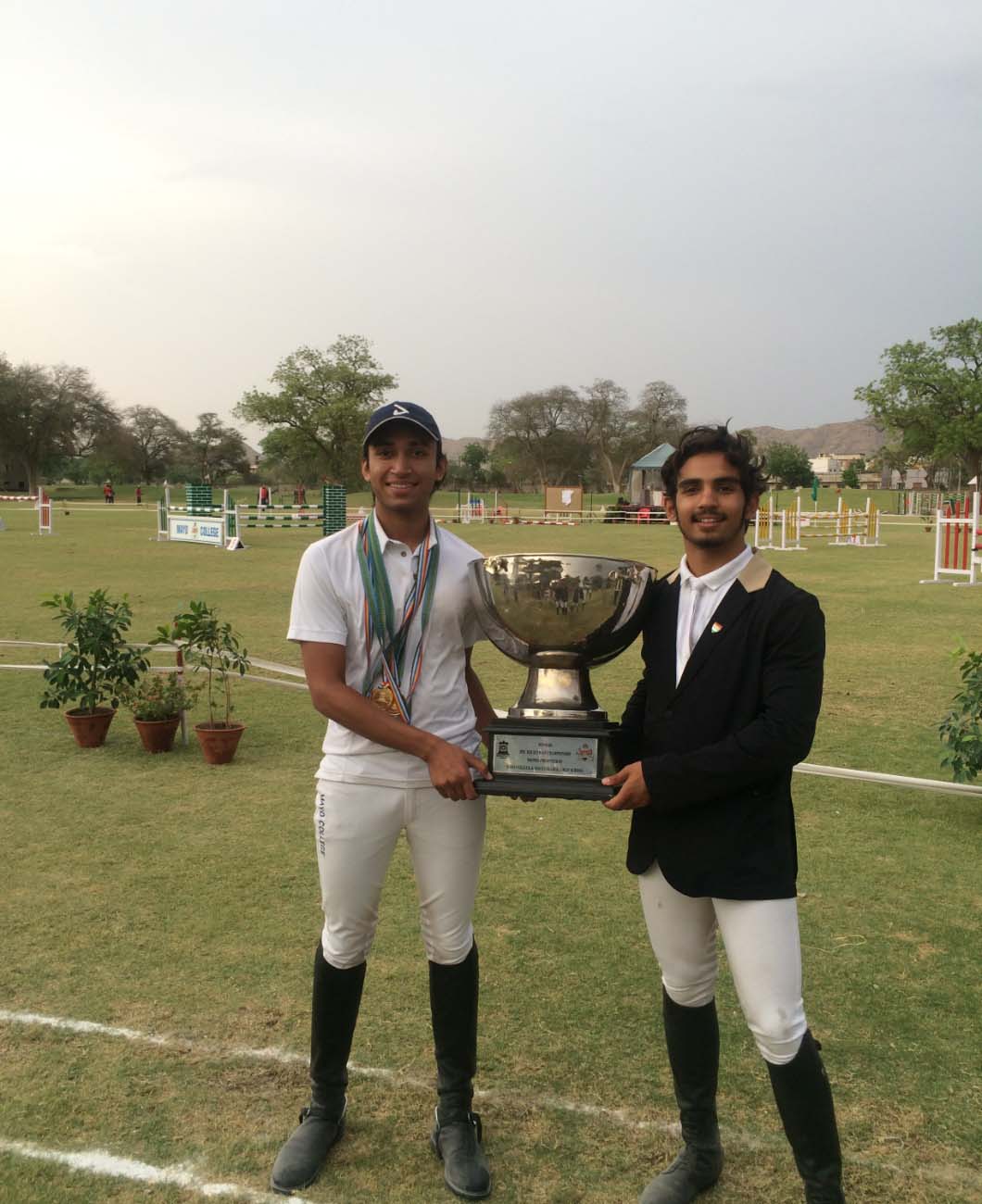 “Equestrian sports are here to stay,” assures Rochak. Being happily associated with one of the finest trainers in India, Imtiaz, he says that there are a wide range of plans on the way for the betterment of the field. Lots of schools and younger people are willing to know more about equestrian sports and he finds it as a positive sign. Rochak says that he would always be an Indian equestrian player and he is proud to be known so. His trainer Imtiaz has competed extensively abroad in many disciplines of eventing and Rochak proudly calls him, “A pioneer of the sport”. The book: ‘Riding Free: My Olympic Journey’ by Imtiaz is identified as an inspiring one for young people by Rochak. “It gives a lot of hope for young people. If he could make it 30 years ago, with fewer facilities and exposure, why can't we make it?” asks Rochak.