A WARM WELCOME TO DESERT POLO


A WARM WELCOME TO DESERT POLO


Ronald Duncan rightly summed up the equestrian beauty as :

“The horse. Here is nobility without conceit, Friendship without envy, Beauty without vanity A willing servant, Yet never a slave.”

The king of sports has always aimed at catering to its loyal crowd, be it at the Shandur Top, fondly called the “Roof of the world” or the frozen polo ground prepared in St. Moritz. After leaving its mark in some of the most unique places in the world, Polo has finally entered the sandy island of Saudi Arabia, making its debut with the organization of the inaugural Desert Polo tournament in January, at the breathtaking AlUla UNESCO world heritage site. Desert Polo has always been a much-awaited event for the polo enthusiasts, and its entry has been a cause of much celebration among the players and followers, alike. Joining the league of elephant polo, bike polo, snow polo and segway polo, the desert polo is a common factor of bonding amongst royal and other UAE families.

The Ghantoot Racing Club and Polo Club were built by President Sheikh Zayed bin Sultan Al Nahyan in 1994. In the same year, Desert Palm, owned and ran by Ali Albawardy, which is just a short drive from downtown Dubai, was created to mark its aspiring vision in the polo arena. It is a private club with eight international standard grass fields and plays host to several tournaments during the season like the Pink Polo, British Polo Day Abu Dhabi and the UAE President Cup, a 15 goals tournament at the end of every season. It also a breeding facility for polo ponies as well as purebred Arabian horses. Some of the other tournaments hosted by the Club include Nations Cup, and the Sunset Polo International Cup, with its three polo fields and one stick & ball field. It is also home to the Dubai Polo Team, Zedan Polo Team, Abu Dhabi Polo Team, and Bin Drai Polo Team. The Dubai Polo & Equestrian Club, the Al Habtoor Polo Resort and Club, Saif Polo Club are some of the most prominent polo clubs in Saudi Arabia and follow the rules established by the UK Hurlingham Polo Association (HPA). 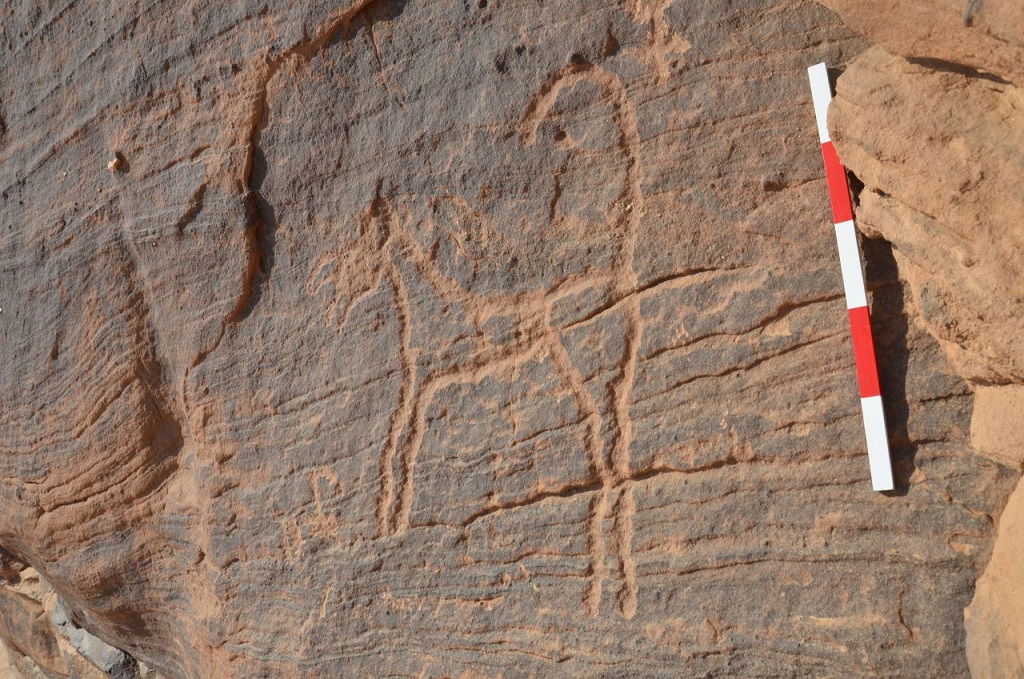 Organized against the scrim of one of Arabia’s most exquisite UNESCO heritage sites - The AlUla Desert Polo represents a milestone in Saudi Arabia’s sporting and social journey.

The players of Argentina’s prestigious team La Dolfina, are set to vie for the inaugural Desert Polo tournament scheduled from January 16 to 18, at the AlUla UNESCO world heritage site. Fresh from their 11th victory in the Argentine Open, the players will head one team each leading invited players and patrons from the glamorous world of polo in a two-day tournament. Established in July 2018 as a means of developing the sport across The Kingdom and establishing international best practice from grassroots to elite levels, The Saudi Polo Federation has also aligned with key government stakeholders such as the General Sports Authority. It works to further establish Saudi polo in a global context, simultaneously continuing the work already undertaken by Saudi’s private polo patrons on the international stage. Desert Polo, is the first event to be charted out by the recently set up Saudi Polo Federation and will constitute the cynosure of the Winter at Tantora festival, which honors the cultural heritage of the historic Al Madina Al Munawara region over a period of three months.

Amr AlMadani, the CEO of the Royal Commission for AlUla, welcomed the addition of Desert Polo to the prestigious roster of weekend events on the Winter at Tantora calendar:

“AlUla is a place that sums up to the world the rich and as yet widely undiscovered culture within Saudi Arabia,” he said. “A major contributor to the heritage in this part of the world is our peoples’ connection to the horse. Therefore, it is symbolic that we are showcasing the progress of modern-day Saudi Arabia here, in one of our most significant cultural sites.”

The chairman of the Saudi Polo Federation, Amr F Zedan is a well-known polo player and patron, who believes that it is essential to encourage the sport among young Saudi men and women in accordance with the goals set out in the Kingdom’s Vision 2030 while reflecting the transformational journey taking place in Saudi Arabia. 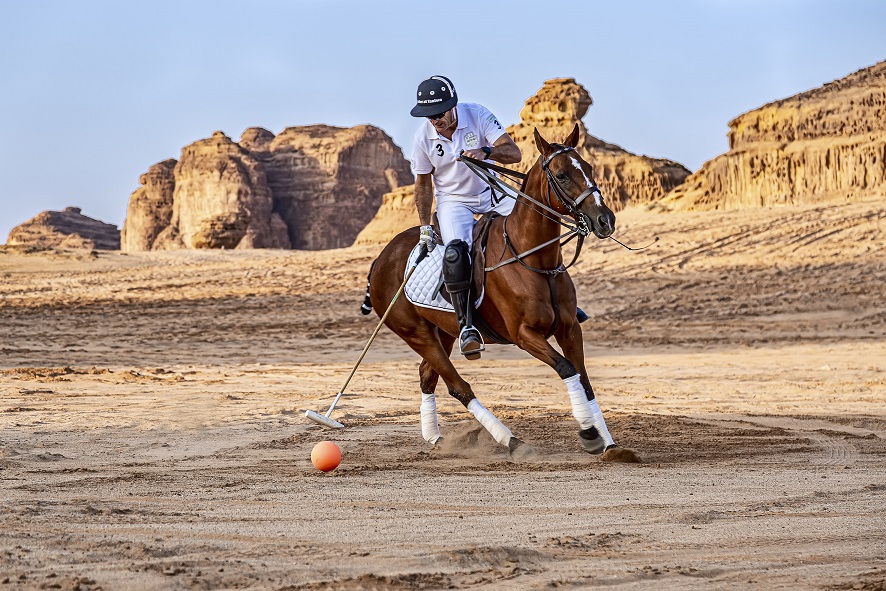 “Our goal in promoting this extraordinary event is twofold. We want to tap into the undiscovered sporting talent that we know exists among young Saudi men and women and encourage greater levels of participation in our sport. We are also proud to use sport, and polo in particular, as a vehicle to showcase a truly unique destination and an incredible overall experience to the world. Saudi Arabia has the capability, the infrastructure and, crucially, the will, to stage major events on the world stage and Desert Polo is just one example of this.”

He is proud of the Desert Polo line-up and welcomes them,

“Hosting players like Adolfo [Cambiaso] and Pablo [McDonough] adds real star power to Desert Polo,” he said. “Polo in Saudi Arabia is beginning its journey of development and we are incredibly proud to use this event as a vehicle to promote not only the changes that we are making in the governance of this sport but also as a way to promote the largely untouched beauty of our country.”

“I’m looking forward to visiting AlUla with the team. Polo has taken me all over the world but to play in an ancient heritage site with such strong horsemanship heritage is a first for me.

“I am honored to be asked to participate in the first official polo event held in the country and very excited about the developments being made by the Saudi Polo Federation and what that means for the growth of our sport.” 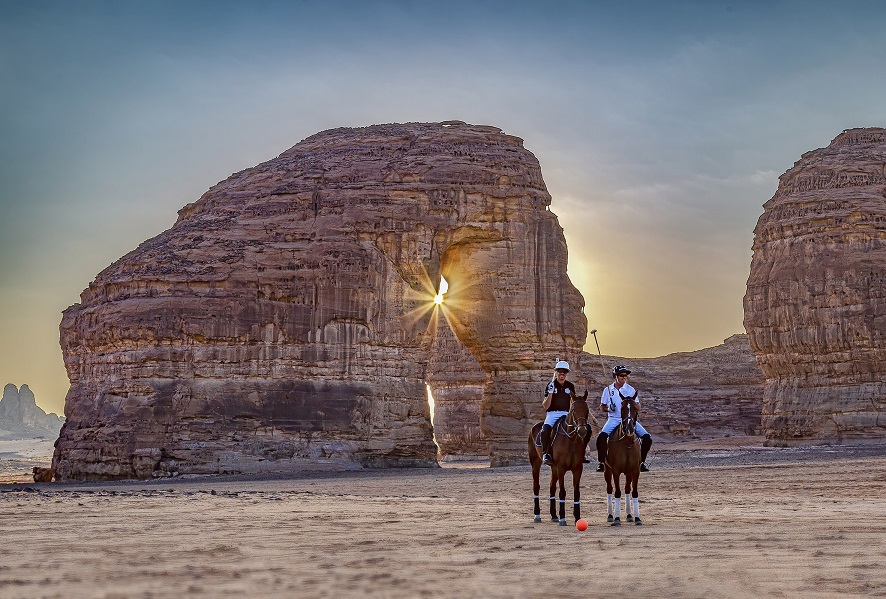 The first desert polo tournament is sure to attract a huge crowd with renowned players from all over the world flocking together in the towering sandstone mountains and sweeping canyons of AlUla, a site of civilization dating back 200,000 years. It will surely be an event of its kind which looks promising with its extraordinary line-up of players inhabiting a common space and contesting for the latest addition to the list of coveted titles.