Angad Kalaan during an interview with LA POLO in Jodhpur

"I am what I am because of my brother", says Angad Kalaan. Read along for the complete insight from the interview


Someone who is passionate about polo and has spent almost 20 years around horses, farms, travel experiencing polo, would find it difficult to not think, walk and talk the Polo way. In a recent conversation with ace polo player Angad Kalaan, who comes from a family which has bourn legendary players like Uday Kalaan and Late Col Raj Kalaan, we come across his passion for polo, his ideas and understanding.

THE CALL OF THE PASSION

When born in a family where the dining table discussions to the Sunday breaks are all around Polo, it is difficult to not fall in love with the sport. When we asked the ace polo player Angad Kalaan of how he got the Polo bug, he did not hesitate before giving all of the credit to his elder brother Uday Kalaan, who is not just a polo player but has also trained and coached the Indian Polo team. Angad said, "I have watched him (Uday Kalaan) play Polo. He started off a few years before I did, back then I was more into tennis. I still am. Back then, I would come with my tennis racket to the polo ground and Uday with his polo stick. I think it was him that I watched play." Going back into the days of the past, he added, "Obviously I also watched my father, but I was very young then when he played for the Cavalry. But still, the maximum Polo I have watched was when my brother was playing."

It isn't new for the polo players to have favourites in their own community. When we asked Angad of who among everyone in the country is his favourite, he had a long justified answer for his choices. He said, "In India I can't name one player. I love playing with so many of them. Their are young players, theirs Abhimanyu, Siddhant and from the old boys from my generation theirs Dhruv that I love playing with. Not to forget Uday, my bother. He has been my inspiration to start off with. If it wasn't for him, I won't be playing polo. I think his name is right there at the top of the list." 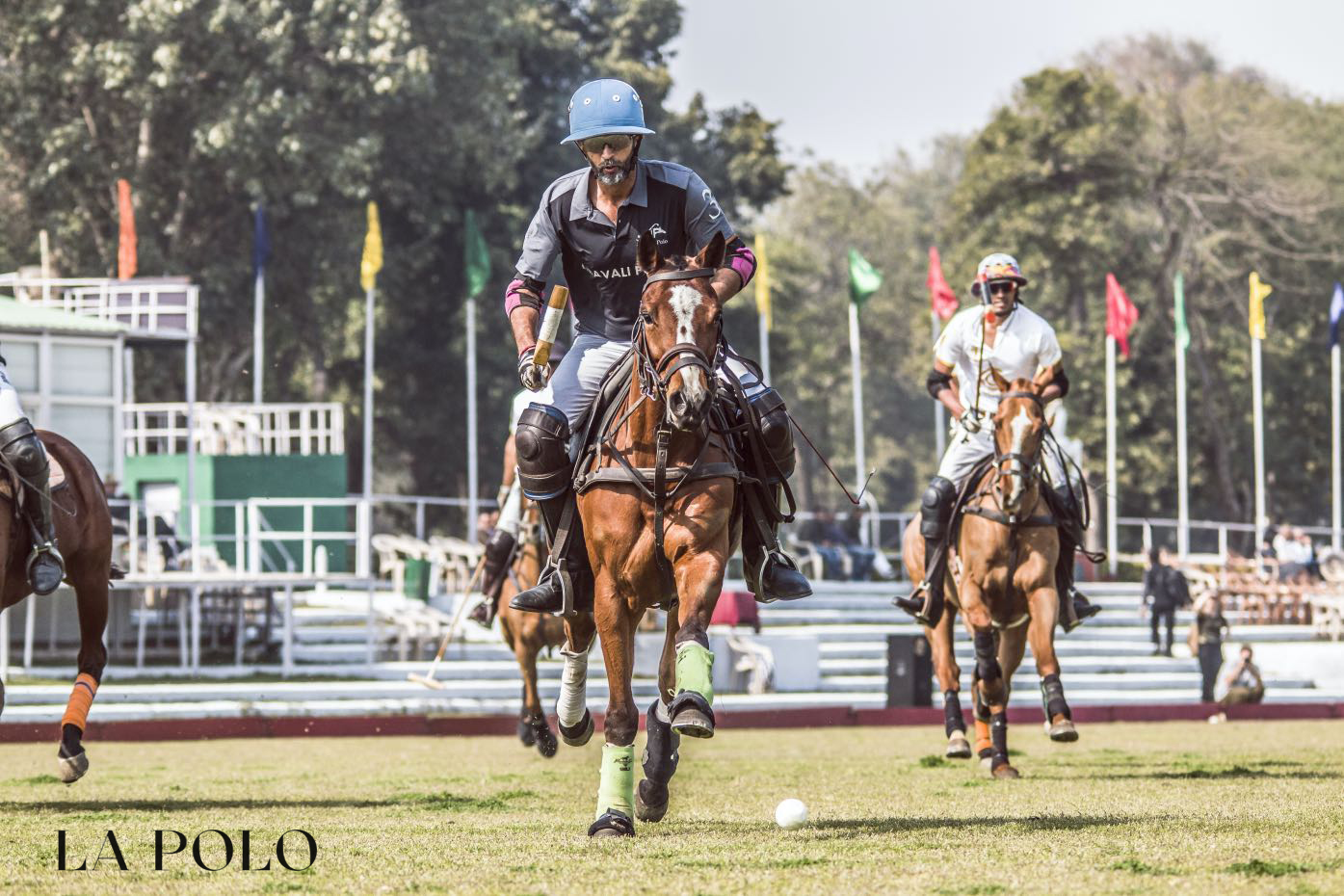 Polo as a modern of Polo has been in its mode of revolutions since the beginning. In fact, till date, the game comes across a new aspect of play and eye. For a player like Angad Kalaan who has given his 20 years to the sport knows the best about the revolutions of the sport as an insider. When during the interview, we asked him how he looks at the game from then to now, he quickly added, "Not revolutions as such, but yes the sport has had its ups and downs. From 80s to 90s it was the professional Polo that was coming into Indian Polo. It led to a lot of players who could play the sport and earn a bit of money out of it. The Army of course, has been the backbone for Polo for many years and today also continue to have the facility for the sport. But having said that", he added, "Players, teams, structures, everything needs to be upgraded. We need to have a lot more horses, better quality grounds. Players will come and go, we will have the young lot coming up, and I hope there are more coming up because they aren't enough. We need a whole school boys teams coming up like the one we have in Mayo College Ajmer. We need to have school teams, universities, college students to come up and participate. Even if five teams come up like this, there is a probability that one of these teams will carry it forward and make it to professional Polo.".

Done with the understanding of the revolutions of the sport, we moved in discussing about the pattern of the play that too has changed during the years. From the diamond form of game to more of tapping and turning, the game has given rise to many critical debate and red-eye view. When we asked about his point of view about the same, Angad Kalaan said, "I think its the quality of horses and game. The level of the skill has improved a great deal. Its not that we are not tapping and turning the ball, we are. But we are doing it at higher speeds. We have removed the danger out of the sport which was one could stop on the ball and turn which was causing a lot of accidents. So the rule has changed to void, where people are allowed to crash into one another which is benefit of the game. Today's game is fast. You can hit, you can pass, you can run, I mean you can do as you like, as long as you are not dangerous and you are not causing a foul."

When it comes to polo, the sport is made with three major keywords that built its core- Anticipation, Horsemanship and Skill with the ball. With Angad Kalaan on our side, we would not leave a chance to know what his ideation and understanding of these keywords. He told us:
"I think the horsemanship is the top on the list. If you don't know to ride a horse, you got no business playing polo. Anticipation is what gets you too higher level in handicap and your game. Everyone can hit a ball but to understand what the other player is thinking, that improves the skill. You don't get this from books. It depends on how much time you are out in the field, spending time playing with and against good players. Skill with the ball is when you hit the ball. Hitting is the easy part. You can learn to do it on a foot mallet, you can do it on a bicycle and just do it." 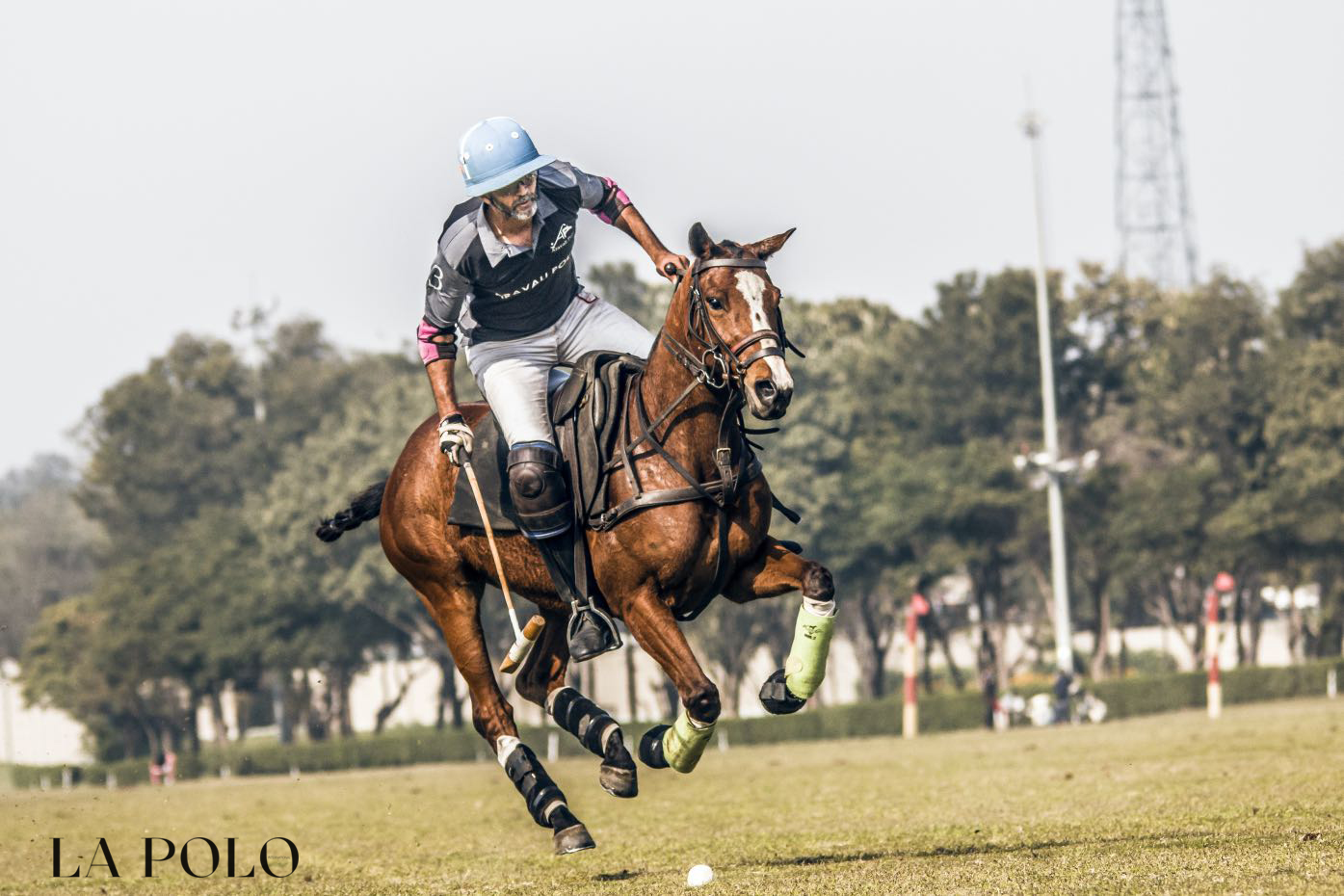 BECOMING OF THE NATIONAL TEAM

Recently, in 2017, the Indian Polo team made it to the quarterfinals of Polo world cup, where Angad Kalaan was a part of the team that had other players namely, Dhurvpal Godara, Sawai Padmanabh Singh, Siddhant Sharma, Pranav Kapur, Col Ravi Rathore as players, coached under the guidance of Uday Kalaan. Understanding that representing the Indian flag and the country is a whole another level of deal that has emotional and mental ride, we asked Angad Kalaan that how as a player he felt wearing the jersey of India. "I became the part of the national team in '98 and the latest was when we qualified for the semi finals in 2017. It is one of those experience which is very different. Playing against teams that come from all across the world, especially the South American teams. It's a 14 goal tournament and they are very strong at that level of Polo. They have players coming out of their country who are 2 or 3 or 4 goals but they are way above their handicap. That's what we need in India. We need players at that depth who are 2 or 3 but can go and produce a much better handicap than they carry."

Moving a little away from the seriousness of the tricks and treats of the game, we went on to move to a different aspect of the game, which if believed is responsible for the 80% of what the game looks like- The Polo Pony. When we asked Angad Kalaan if he chooses his string on his own and how he trains them, he said: "Its a combination. My string of horses is a mix of my and my brothers' horses. We pick them up from the tracks of the race course and we train them. A few of them are picked from other players. I don't have any international pony in my string which is either from Argentina or New Zealand. It takes a lot of years and efforts when you have horses who come in for a season. It can take 2 to 3 years as well before you take them out to play a 12 or a 16 goal game. It takes a lot of working."