What’s in the Cowboy Heels?

The essence of a horse rider lies in his boots, since a rider is not a rider without his signature cowboy heels.


Dating back to the bygone era getting the foot stuck in the stirrups while falling down the horse in an upside down position can be a perilous affair for the horse riders and the cavalrymen. Hence in order to evade this situation a bespoke shoe was invented having a high shaft and a significant high sole or a high heel breast. The heel breast proffered the rider a subtle amount of support for sticking his feet to the stirrups of the modern day saddle. In a situation where in the horse starts galloping hither and thither, the rider can maintain his seat and poise by sticking his body to the stirrups and the saddle. Unlike the cowboy boots a normal boot can increase the probability of suspending and dangling along the running horse in an upside down position, which can be a bizarre site but is a life threatening affair. Hence, it is always recommended by the horse clubs to carry a pair of cowboy boots or a roper style boot having a comparatively lower shaft. The high shaft of the shoes not only helped the rider to hold the grip but also protected the calf leg area from sand, dust, rattle snakes or any harmful thorns. 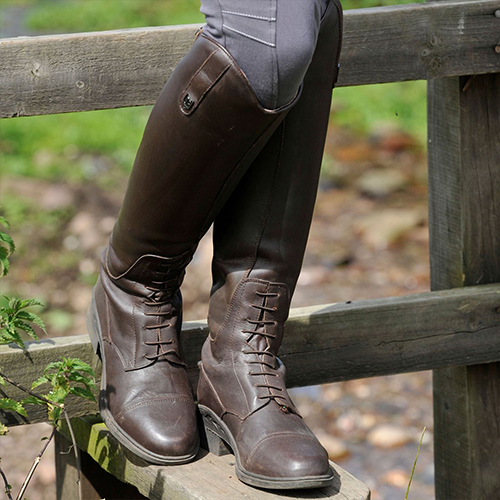 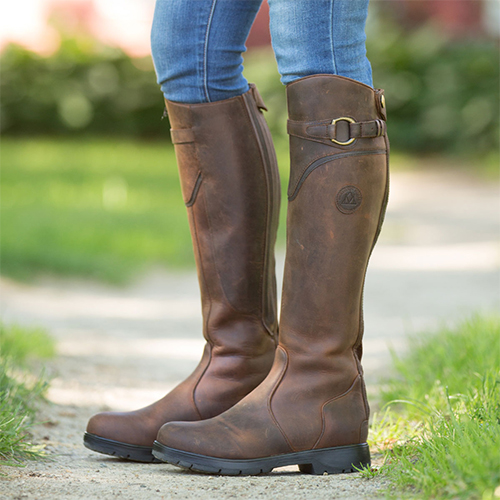 The cow boy boots are fabricated using exotic leathers made from alligator, snake, ostrich, lizard, eel and sundry's skin. Moreover it comes in different variations of high shaft boots and other versions having a comparatively lower shaft popularly known as the proper shoes. Although such shoes cut down the high cost of cowboy boots, it doesn’t provide coverage from thorns or other malicious insects.

The iconic cowboy heels exude a brawny sentient, since they have distinct elements like a high shaft, pointed tip, a moderately small heel breast, sans any laces.

Cowboy heels have been a part of equestrian life since past few epochs. Earlier with the absence of industries, these authentic boots were homemade which followed their rise and popularity in the industries which helped to make it a trendsetting pair of the times. Later, the advent of the industrial revolution allowed some bespoke style of boots to be mass-produced. After such trivial events the wellington boots became a staple of practical footwear, since such type of boots were evolved from the Hessian boots of the bygone era. Such boots were worn and popularized by Arthur Wellesley, 1st Duke of Wellington. Hence they were named after him and became a trendsetting boot among the connoisseurs of that time. Before it got its moniker, it was subsequently known as waterproof boots since it was made of rubber and were commonly used for agricultural and outdoor errands. 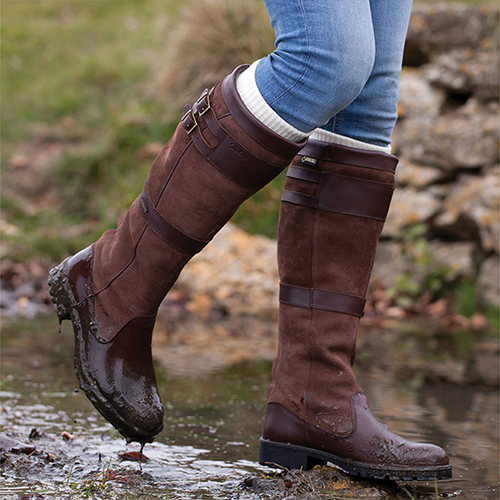 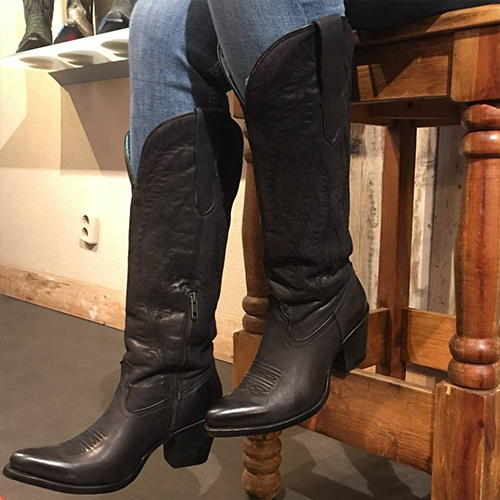 This bespoke boot was fabricated by a well versed regal shoe maker, Hoby of St. James's Street, London. He was instructed by the regal Duke of Wellington to design bespoke rubber boots made from polyvinyl chloride for proffering protection from puddles of the marshy lands. Hence the cowboy heels evolved by passing down to the vagaries of time and served many different connoisseurs with different requirements.
Next