For the first time in history of Polo, in 2019, the International Polo Club Palm Beach in Wellington, showcased six of the top 10 female players in the world at the launch of Amazon Polo.


Polo is making efforts to break the stereotypes erected in our societies. Women polo players are playing and competing, and showcasing their potential. It was regarded as a male oriented sport. It is now making room for more titles for women. Polo’s history can be traced to Manipur. Even today, it is played there and is imbibed in their culture, but a shift that has made a revolution, is the entry of women in Polo. Nearly two millennia after the first match of Polo was played in the state, the mallet has been passed on to women. Manipur has about two dozen professional players, which comprises two-thirds of women polo players in India. They are no princely princesses; they come from modest backgrounds but with the determination to show the world that they are ready to beat the odds.

Women in sports are indulged with courtesy rather than deep respect as players. However, women have made great efforts to show their passion and commitment to polo. Since the 1980s, women-only tournaments have grown in the United States and Canada. At the first USPA Women’s Open, Carolyn Anier, a three-goaler from France and the three-goaler Lesley Ann Masterton of Jamaica competed alongside American women polo players. The female players regarded the establishment of US Women’s Open a positive development as it provided something for women to strive towards. However, even as the numbers are increasing, there are still strong perceptions of male superiority that persist among players, coaches and spectators. 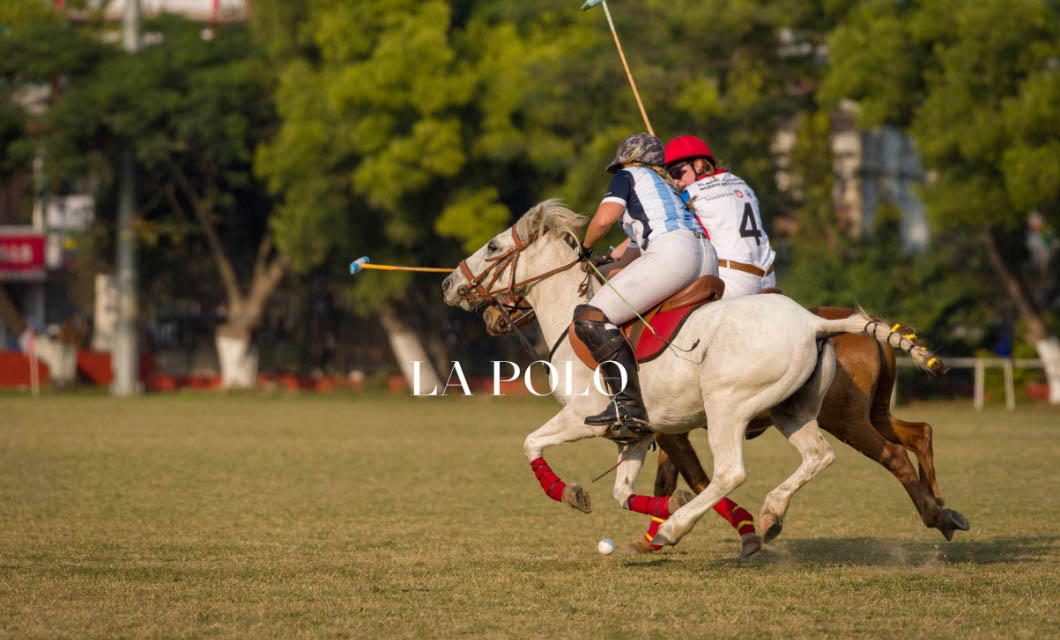 Polo player Dr Manisha Rao says: “Women took a long time to make their presence felt in Polo. One has to learn to ignore comments that may come in the way. I knew I had to be a player on the field and not just taking it up as a hobby.”

Involvement of Women In the 20th century, Polo became common among women in the United States and Britain. In the US, women compete against other women at the collegiate level and they even have a women handicap competition. Apart from women versus women, we occasionally witness women acting as the fourth member of an all-male team. With this, we can see an approximately 75% of women participants in Polo, which is far more than the percentage of men. When asked about the involvement of women in the sport, three themes emerge that put women at an advantageous position. One, women are known for their kind heart. When asked, a majority of the women will say that they have been attracted to Polo because of the horse. For example, Pamela Flanagan, polo player, understands horses and rescues horses that are unwanted by others, and gives them a new purpose in polo. Second, is the aspect of a team. Women tend to turn to polo because of its informal nature which allows them to combine their interests in team sports with their love of horses and equestrian events. As per study, women felt camaraderie among the players, regardless of whether they were on male or female teams. Among leading names is Hazel Jack, the first woman to captain the England Polo. 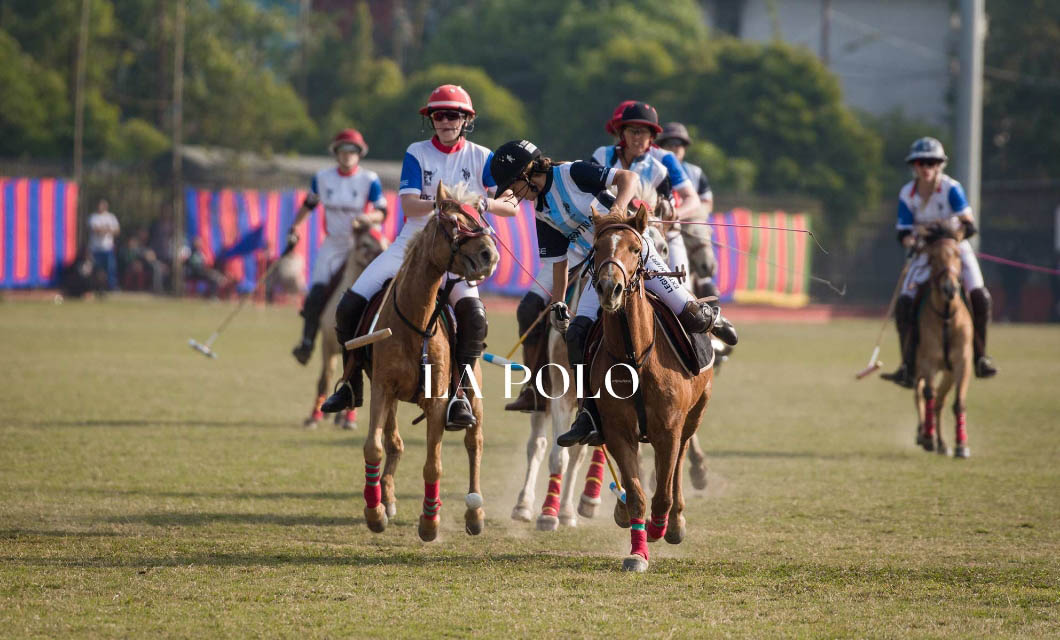 Thirdly, the sport offers an interesting, competitive and challenging option for many engaged in the equine industry. Polo is more of a lifestyle choice and is family oriented. When we compare the women to men ratio, there a dominance of men, but when it comes to skills, techniques, achievements and the thirst to win, women are not sitting back; rather, they are galloping in front of their male counterparts. Rebecca Walters who holds a six-goal handicap in ladies and one in mixed, says: “Polo is one of the few sports where men and women are able to compete at the same level. It does remain a male-dominated sport at the top. But it is not due to lack of women’s strength or ability. It is rather the result of a lack of opportunities.” Pioneer of women’s polo, Sally Hale, disguised as a male and donned a moustache to compete in professional polo. Duncan Huyler, CEO, United States Polo Association, says almost 40% of the association’s members are women. “In the early 1970s, they weren’t even allowed in the association, so the numbers have really grown,” says Huyler. 2019 was yet another year which proudly announced the presence of women as a part of Polo. For the first time in history, the International Polo Club Palm Beach (IPC) in Wellington, FL, showcased six of the top 10 female players in the world at the launch of Amazon Polo. The players who took part in the same were: Nina Clarkin, Dawn Jones, Sarah Wiseman, Hazel Jackson, Lia Salvo and Hope Arellano. When asked about her participation, the world number two player, Hazel Jackson-Gaona said: “This is the most exciting thing to happen to women’s polo.” Nina Clarkin, who has a handicap of 10, said: “A very exciting addition to women’s polo and one that I am looking forward to participating in, it will be so much fun to play against the best women in the world!” 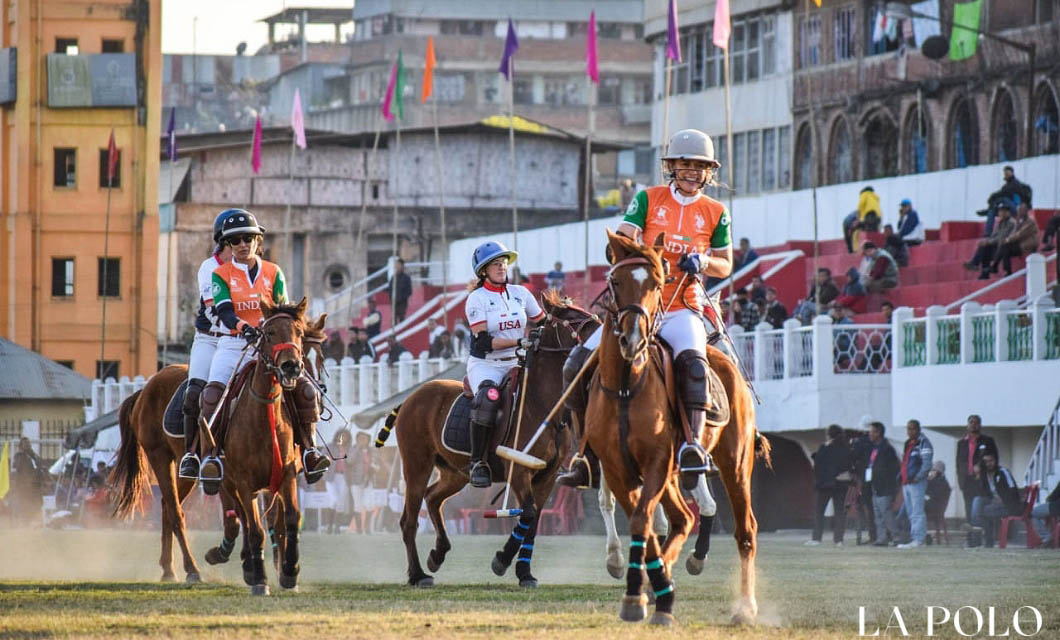 Amazon Polo has been a major modernization influence in the world of women’s Polo. With women holding the mallets, it’s time to forget the adage of knights in shining armour; because, today, women alone, without their knights, are making their presence felt in the world of polo, and are moving ahead.