Lifestyle | From the magazine

Banish the stereotypes that say that whisky is a man’s drink. On the contrary, women have been known to enjoy whisky for a long time. So ladies, put on those high heels, and say ‘Cheers’ to the good times.


It’s amusing when people exclaim about a woman drinking her whisky. Firstly, because it is a stereotype which has evolved over time that whisky is a “man’s drink”; on the other hand, women have always been a part of this industry. Not only have they been drinking whisky, they’ve been making it. In the book, Whiskey Women:The Untold Story of How Women Saved Bourbon, Scotch & Irish Whiskey by Fred Minnick, you’ll find the stories of the legendary Bessie Williams of the Laphroaig Distillery who started working at the distillery as a secretary in 1934 and eventually came to be known as the “First Lady of Scotch” and ended up being the only woman to own and run a Scottish distillery in the 20th century. Elizabeth Cumming ran the Cardhu distillery for many years, after her mother-in-law Helen Cummings handed it to her. Cardhu is one of the key single malts in the Johnnie Walker blends.

If we move on to the starry side of things, Greta Garbo substantiates the clandestine affair of women and whisky even back in the 1930s on the big screen with her famous first line in the movie Anna Christie: “Give me a whisky, ginger ale on the side, and don't be stingy, baby!” Mila Kunis is happily supporting her favourite brand of bourbon, Jim Beam, as the brand’s current spokesperson. Whisky expert and Diageo’s Global Scotch Whisky Ambassador Ewan Gunncan points out: “I don’t think Scotch has ever been exclusively a man’s drink. It’s a perception which I occasionally encounter, and maybe that’s simply down to the fact that Scotch is over 500 years old, and has perhaps picked up a few myths along the way. In fact, Scotch is the world’s favourite whisky, and is enjoyed by men and women in almost 200 markets around the world. Women have always enjoyed Scotch, and will continue to enjoy Scotch in the future. I recently spent some time with international supermodel Coco Rocha and Hollywood actress Frieda Pinto, and I was delighted to learn that their favourite drink is Johnnie Walker Black Label – I think this certainly helps to quash the myth that Scotch is a ‘man’s drink’.”

In 2016, when Diageo launched its biggest global campaign #LoveScotch, the company involved Frieda Pinto and Mandira Bedi, both of whom admitted to loving their scotch on the rocks. Bedi likes it with two blocks of ice and loves it even more so in the company of her father. Whisky Samba in Gurgaon is a one-of-its-kind whisky bar in India. Samiya Shakir, brand manager of Whisky Samba, removes any doubt that you may be left with about women whisky drinkers. “We have a lot of regular women guests who love their whisky. They don’t find the drink intimidating and are rather particular about what they drink and how. I’d say we have an equal number of men and women at the bar who order their whisky and whisky cocktails,” she says.

Whisky has been made by women and enjoyed by women throughout the world since centuries now. If you’re not sure where to start, begin with a whisky cocktail. Perhaps the next move could be a sip of something from the Speyside region of Scotland. If not, you still have a world of whiskies to try from, because now you have whisky producing regions in almost every part of the world. So ladies, put on those high heels, walk to the bar and ask the bartender for your favourite whisky, anyway you like. 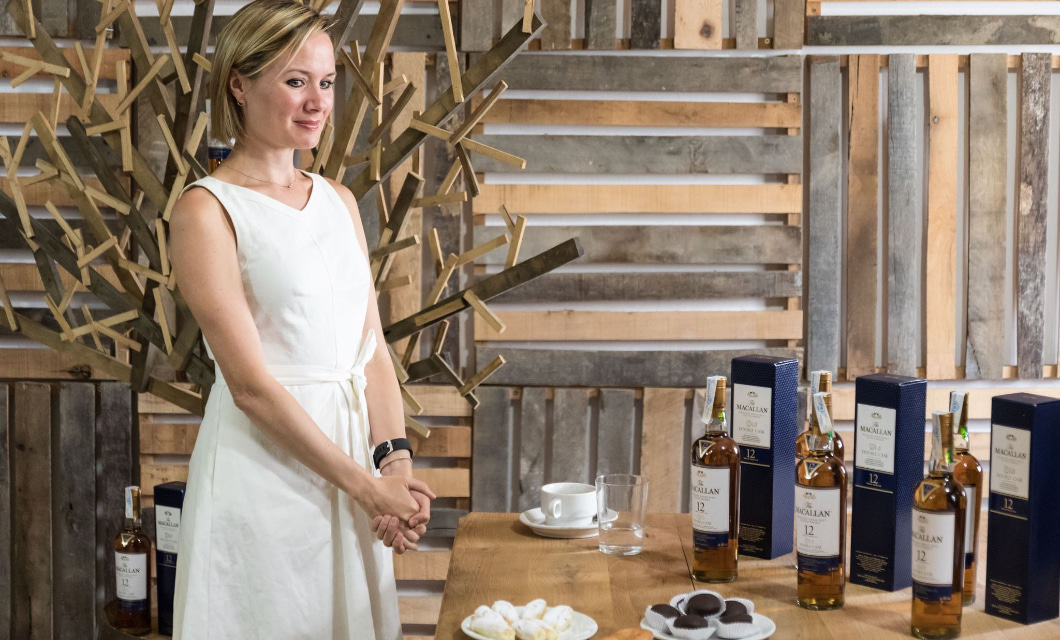 When it comes to whisky, women get choosy. Nicola Riske, Brand Ambassador for The Macallan & Edrington Malts, Southern & Central Europe, writes on some unique discoveries. As a woman and as a whisky lover, I like to think that I’m a little bit of all of these things: sometimes shy; at other times, mysterious; glam chic on a night out; and oftentimes, ambitious. I’m a modern, forward-thinking woman with many goals and desires. What’s wonderful is that there’s a whisky for every woman, for every palate, for every occasion and mood. It’s all about finding the right one for you at that moment.

For the Shy Woman
The Macallan Quest 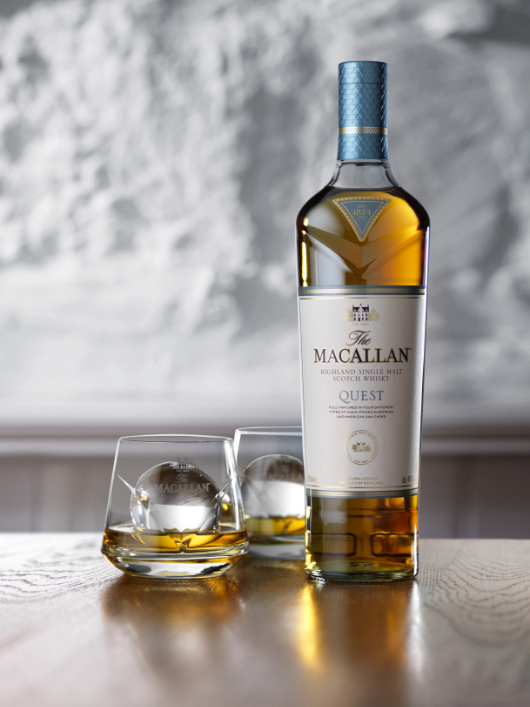 Whisky can sometimes seem like a very intimidating spirit. Where does one begin when there are so many to choose from? The Macallan Quest is my top pick for a woman who is curious to learn about whisky, but not quite sure where to start. This is the perfect beginning for anyone’s whisky adventure. The whisky is matured in a combination of four different cask types: European and American ex-sherry casks come together with American oak ex-bourbon barrels, and smaller hogshead casks. The result is a delicious single malt, rich with vanilla notes while delicate light citrus and oak spices dance across your palate. It’s very fresh and easy on the palate – perfect for someone who is just starting to learn about single malts, although it happens to be a personal favourite. Try sipping it neat or with a splash of water, to “open up” the whisky. Or – if you’re a cocktail lover – a classic Old Fashioned is a wonderful way to enjoy this new whisky.

For the Mysterious Woman
The Macallan Rare Cask Black 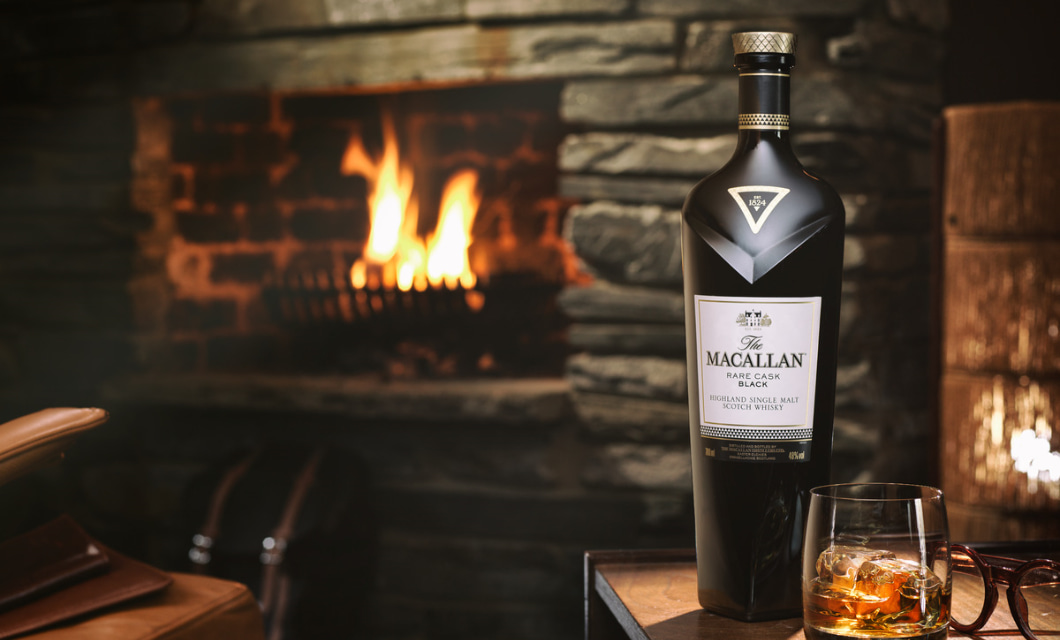 A mysterious woman is likely sipping on something that not everyone knows about yet – and something she may – or may not – be willing to share. So, let me let you in on a secret: The Macallan Rare Cask Black is a limited release single malt that has been launched as a travel retail exclusive. Drawn from less than 100 casks, this rare liquid is distinctively peated. These mysterious and rare casks have remained untouched in our dark warehouses at The Macallan until our Master Whisky Maker felt they were ready to be released. With subtle peat and elegant wood smoke, dried fruits, sweet dates, figs and raisins mingle with nutmeg and ginger spice – this whisky is enigmatic. 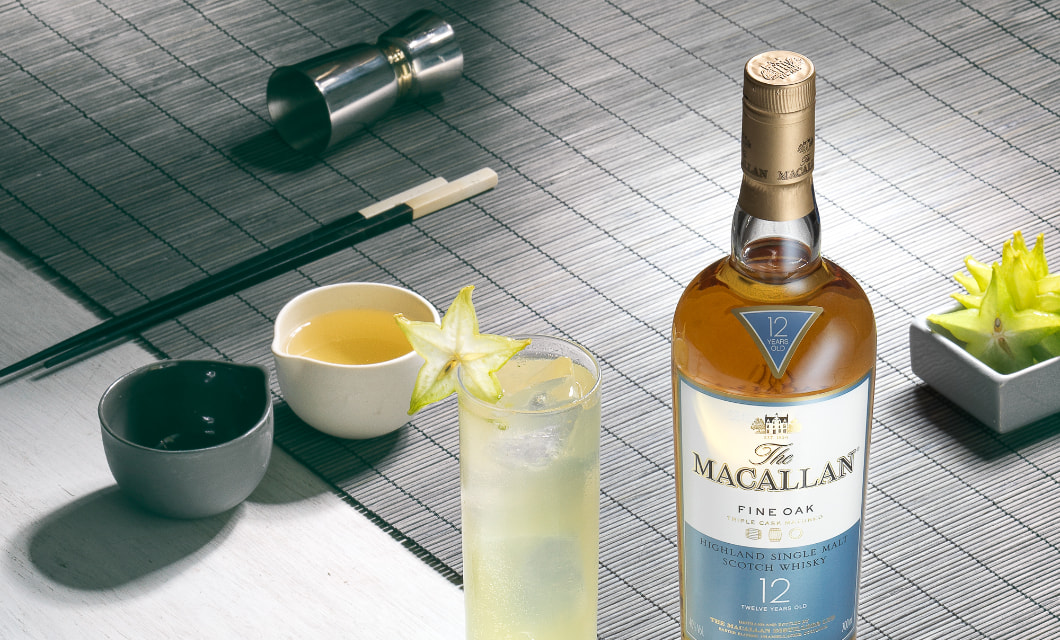 A whisky cocktail, you say? But shouldn’t whisky only be sipped neat? Absolutely not! Single Malt Scotch Whisky is an incredibly versatile and playful spirit, which can be sipped neat, on the rocks or even in a classic cocktail. When getting ready for an evening out on the town, I first like to kick things off with an elegant aperitif with friends. My preferred cocktail? A Macallan 12-year-old Fine Oak whisky highball. Two ounces of Macallan 12-year-old Fine Oak and tonic water poured over ice into a tall, sophisticated highball glass with a lemon twist. Sometimes, I might even throw in a dash of Oloroso sherry for fun – just to be cheeky. This cocktail is light, refreshing and stylish – exactly how I want to look and feel on a glamorous night out.

For the Ambitious Woman
The Macallan Terra 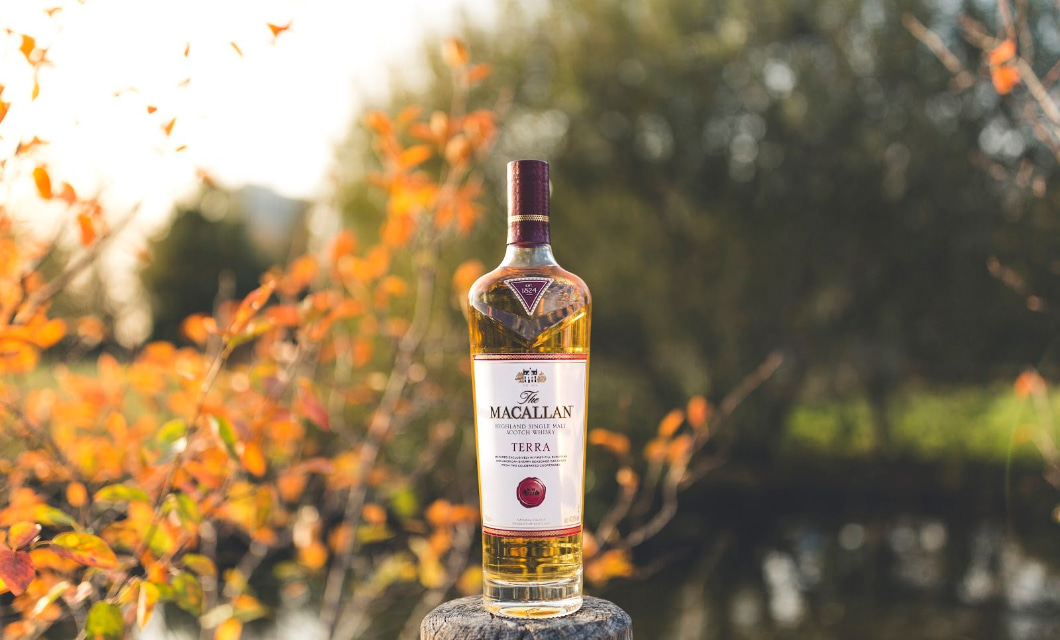 An ambitious woman deserves an ambitious whisky. The Macallan Terra is a multifaceted, luxurious whisky created by our Master Whisky Maker. Created through perfect balance and harmony of first-fill American and European Oak sherry-seasoned casks, this liquid displays incredible depth and complexity. Rich in its natural colour, like a glorious orange sunset, it shines with toffee, wood spices and dried fruit across the palate – this is a whisky to be savored. Whether one enjoys it neat or over a Macallan Ice Ball in a solid rocks glass, any whisky lover should put it at the top of her list to try. It’s a glorious single malt.